10 He was in the world, and the world came into being through him; yet the world did not know him. 11 He came to what was his own, and his own people did not accept him. 12 But to all who received him, who believed in his name, he gave power to become children of God, 13 who were born, not of blood or of the will of the flesh or of the will of man, but of God.

14 And the Word became flesh and lived among us, and we have seen his glory, the glory as of a father’s only son, full of grace and truth. 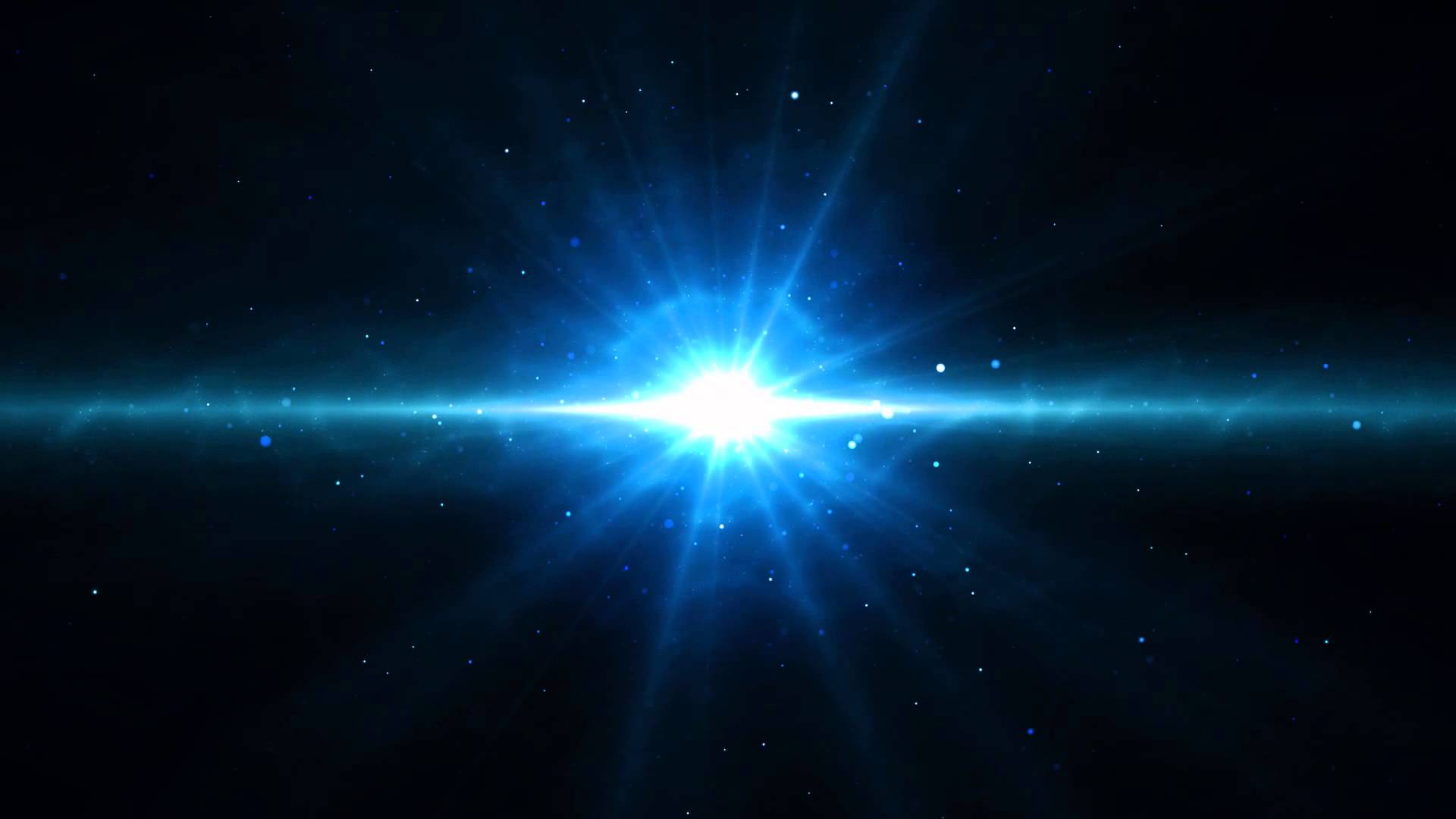 DIAGNOSIS: In the Dark

Step 1: Initial Diagnosis (External Problem): Who Is He?

Christmas Day radiates around one big question: Who is this precious child swaddled and lying in a manager? Luke 2 gives the angel’s perspective: This is the Savior, Christ the Lord, who brings joy to the world and peace to God’s people on earth.

But John sees things from a slightly different angle. John sees Christmas from God’s perspective. And from God’s perspective this is the “eighth day,” the first day of NEW CREATION. And as God sees it, Jesus is the Word. Jesus is the true light and life of all people. Jesus is God-in-the-flesh—in our skin and bones—where we can see, hear, touch and feel him. In this babe, we can see God’s glory, full of grace and truth; as opposed to the vicious hate and the vicious lies we see in a world that keeps on getting more and more divided.

John makes it clear that what God is doing in Jesus is universal. The grace-filled Jesus is meant for ALL! “ALL things come into being through him and without him not one thing [including persons] came into being.” “He is the light and life of ALL people.” This Jesus is meant for EVERYONE, not just his own tribe. And yet, many Judeans did not receive him just as many in the world do not receive him today. Not truly. Not really. Not in a life-giving way.

Not receiving Jesus for who he is in God’s perspective leaves one in the dark, unenlightened and powerless. It leaves one stuck in “old” creation. A creation in which God’s final word is a curse wrapped up in warning: “Remember that you are dust and to dust you shall return.” No wonder we need what the angels said we needed: “A Messiah who is Christ, the Lord.” A God who is 100% human AND 100% divine. 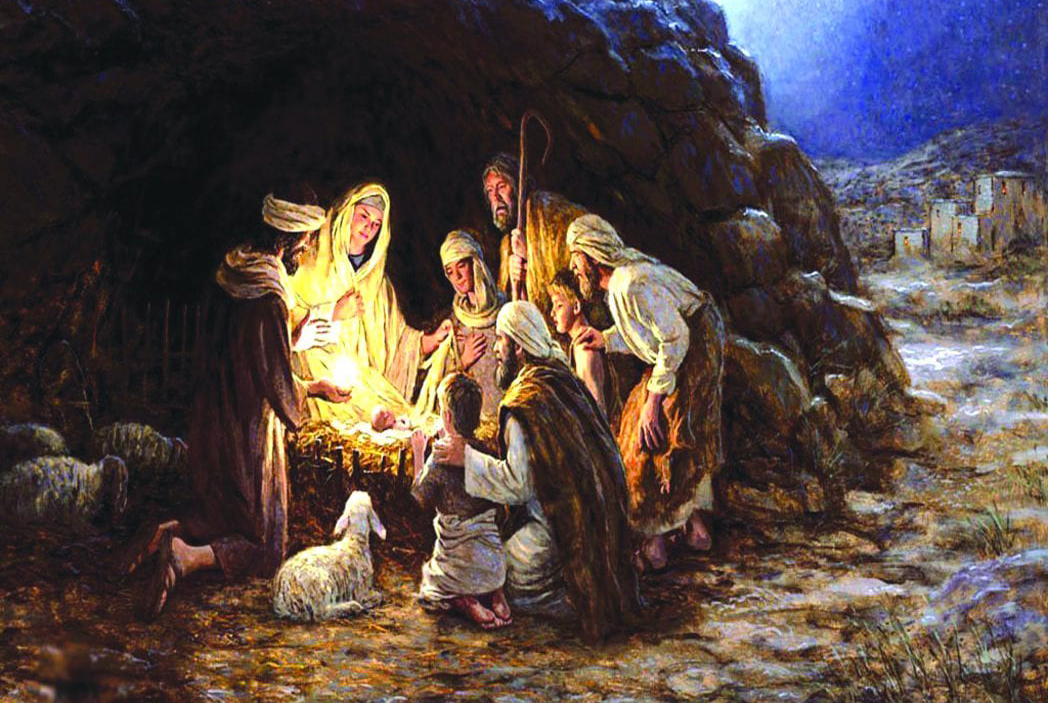 The punchline of John’s prologue is v. 14: “And the Word became flesh and lived among us … full of grace and truth.” “And we have seen his glory, the glory as of a father’s only son.” The incarnation, in and of itself, does not save us. The death and resurrection of Jesus will do that as is noted in verse 5: “The light shines in the darkness [think Good Friday], and the darkness did not overcome it [think Resurrection Day].”

But what the incarnation of Jesus does do is to get God-in-human-flesh-and-blood “on the scene.” A God who is full of grace and truth. A God who is doing his creative thing once again on this eighth day, the first day of new creation. Our faults, failings, and falsehoods are real. They take place in human history. In a worldly place and time. So is it any surprise that God would need to assume human flesh and blood in worldly time and space, if God is to save us from our real faults, our real failings and our real falsehoods?

In Luther’s writings, the Bible is normally called “the scriptures.” It is the gospel, the good news of God’s promises fulfilled in Christ, that Luther calls “the Word.” He gets that from John. John calls Jesus “the Word” because Jesus is God and is the embodiment of God’s most inner heart. A heart that beats with grace and mercy. Contained in the Christmas story is a promise that will be fulfilled by the end of John’s message, the gospel: “to ALL who receive him, who believe in his name, Jesus will give the power—the power to become the children of God.”

Step 6: Final Prognosis (External Solution): Who Are We?

Who are we in this Christmas message as seen from God’s perspective? We are the empowered and enlightened children of God who follow Jesus as the light of the world. And by this we should not think that we are babies, although babies are included in those who receive Jesus—often more faithfully and fervently than do adults. No, as the empowered and enlightened children of God, we should think of adult children who are active and involved in what God is doing through Jesus in the world now.

We should think of ourselves as a bunch of grown-up kids who have received an inheritance from God (grace and truth) and now use that inheritance to be about their Father’s business. And part of that business is to seek peace and harmony among ALL people and an end to all the hate and violence.

We are who we are…because Jesus is who he is.

Joy to the world…and peace…peace to God’s people on earth.

Still looking for inspiration for a Christmas sermon on John 1 that uses the Crossings six-step method?  Are you hoping to cross real life with Christmas?  Here are some past sermons posted on our website that do just that, written by Ed Schroeder and Jerry Burce.  Not only do you get their sermons, but some exegetical help and some deliberate “walking-through-the-steps.”

Need more help with the 6-step Crossing of John 1? Just type “John 1:1-14” in our search box to enjoy even more goodies!