41 Now every year his parents went to Jerusalem for the festival of the Passover. 42 And when he was twelve years old, they went up as usual for the festival. 43 When the festival was ended and they started to return, the boy Jesus stayed behind in Jerusalem, but his parents did not know it. 44 Assuming that he was in the group of travelers, they went a day’s journey. Then they started to look for him among their relatives and friends. 45 When they did not find him, they returned to Jerusalem to search for him. 46 After three days they found him in the temple, sitting among the teachers, listening to them and asking them questions. 47 And all who heard him were amazed at his understanding and his answers. 48 When his parents saw him they were astonished; and his mother said to him, “Child, why have you treated us like this? Look, your father and I have been searching for you in great anxiety.” 49 He said to them, “Why were you searching for me? Did you not know that I must be in my Father’s house?” 50 But they did not understand what he said to them. 51 Then he went down with them and came to Nazareth, and was obedient to them. His mother treasured all these things in her heart.

52 And Jesus increased in wisdom and in years, and in divine and human favor. 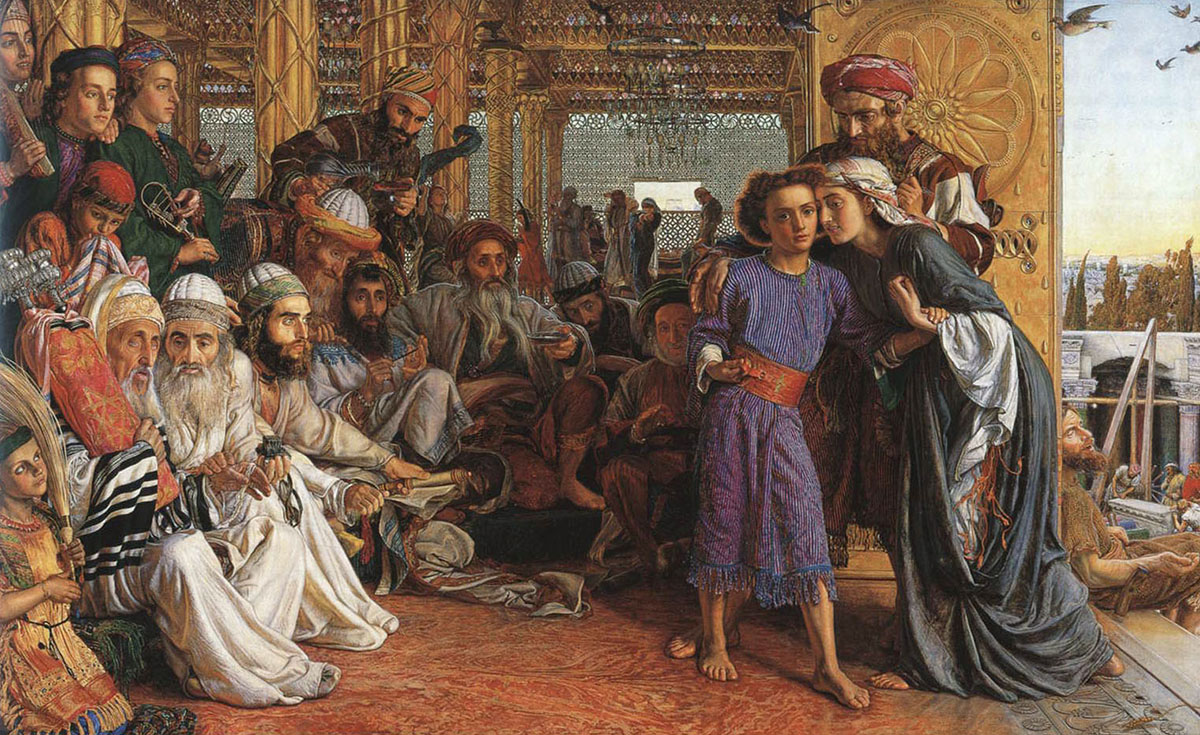 Jesus was supposed to return with his family after the festival. He stayed behind. Worse, he did so without telling his parents or asking for their permission. This is pretty clearly Jesus misbehaving, especially if he’s supposed to be the Messiah.

In many ways, this is a foretaste of Jesus’ future life as a troublemaker, both in Galilee and to the later Christian communities. It doesn’t take reading very much of the New Testament to find a part of Jesus’ behavior and/or words with which we disagree, or even find outright offensive. Jesus openly violates God’s good laws, demonstrated here in his failure to honor his earthly parents—neglecting to tell them where he can be found, let alone ask them for permission to go to the Temple.

Mary articulates the problem of Jesus’ disrespect: his absence has caused his parents great anxiety. A day into a trip home and a child is unaccounted for—which would be enough to freak out any parent. Even if Jesus was planning to stay in the Temple, the least he could have done was tell his parents so that they would not be worried.

When Jesus challenges the good laws ordained by God on which we rely and trust, we quickly become as anxious as a parent searching for a lost child.

When a child is missing, there are all sorts of bad things that can happen: child trafficking, murder, torture, lethal accident. Our anxious imaginations can run wild … except when it’s not our imagination. Our missing child traps us in the hell of all lost children.

We know that Mary’s concerns about Jesus’ behavior were warranted. Children are vulnerable, and any time that a child takes his life into his own hands makes him more susceptible to death: Jesus ends up dying on a cross because he couldn’t stop pushing limits—causing trouble. That’s the danger for all law-breakers, no matter how impressive their pedigree or noble their mission. 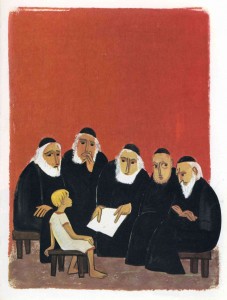 At the end of this pericope, we read that Jesus increased “in divine and human favor” (v. 52). We see the extent of that divine favor on Easter morning, when God raises Jesus from the dead. Surprisingly, God’s promise to all of us law-breakers is that we, too, shall live again. The dead shall live, and the lost shall be found.

When Mary is reunited with Jesus, the anxiety is replaced with something new. She does not understand Jesus’ response, but she does understand that she is with her son again. And that this son is unlike any other. She now treasures this revelation in her heart.

In the face of Jesus’ death and resurrection, can we ponder and trust Jesus’ ways, even when they seem to fly in the face of common sense and the law?

Step 6: Final Prognosis (External Solution): We Are Obedient to Jesus

After this incident, Jesus returns to Nazareth with his parents and is obedient to them. One cannot help but wonder how the experience changed Mary, who treasured this in her heart. Our new obedience is one borne not of coercion or a need to follow a set of rules, but instead is borne of trust that through Jesus the dead shall live and the lost be found. How does that change our lives? And if it is true for us, how do we begin to see how that mercy is there for other law-breakers also?