GOD INCARNATE FOR THOSE WHO NEED A HOME

1In those days a decree went out from Emperor Augustus that all the world should be registered. 2This was the first registration and was taken while Quirinius was governor of Syria. 3All went to their own towns to be registered. 4Joseph also went from the town of Nazareth in Galilee to Judea, to the city of David called Bethlehem, because he was descended from the house and family of David. 5He went to be registered with Mary, to whom he was engaged and who was expecting a child. 6While they were there, the time came for her to deliver her child. 7And she gave birth to her firstborn son and wrapped him in bands of cloth, and laid him in a manger, because there was no place for them in the inn.
8In that region there were shepherds living in the fields, keeping watch over their flock by night. 9Then an angel of the Lord stood before them, and the glory of the Lord shone around them, and they were terrified. 10But the angel said to them, “Do not be afraid; for see—I am bringing you good news of great joy for all the people: 11to you is born this day in the city of David a Savior, who is the Messiah, the Lord. 12This will be a sign for you: you will find a child wrapped in bands of cloth and lying in a manger.” 13And suddenly there was with the angel a multitude of the heavenly host, praising God and saying,
14“Glory to God in the highest heaven,
and on earth peace among those whom he favors!”
[15When the angels had left them and gone into heaven, the shepherds said to one another, “Let us go now to Bethlehem and see this thing that has taken place, which the Lord has made known to us.” 16So they went with haste and found Mary and Joseph, and the child lying in the manger. 17When they saw this, they made known what had been told them about this child; 18and all who heard it were amazed at what the shepherds told them. 19But Mary treasured all these words and pondered them in her heart. 20The shepherds returned, glorifying and praising God for all they had heard and seen, as it had been told them.] 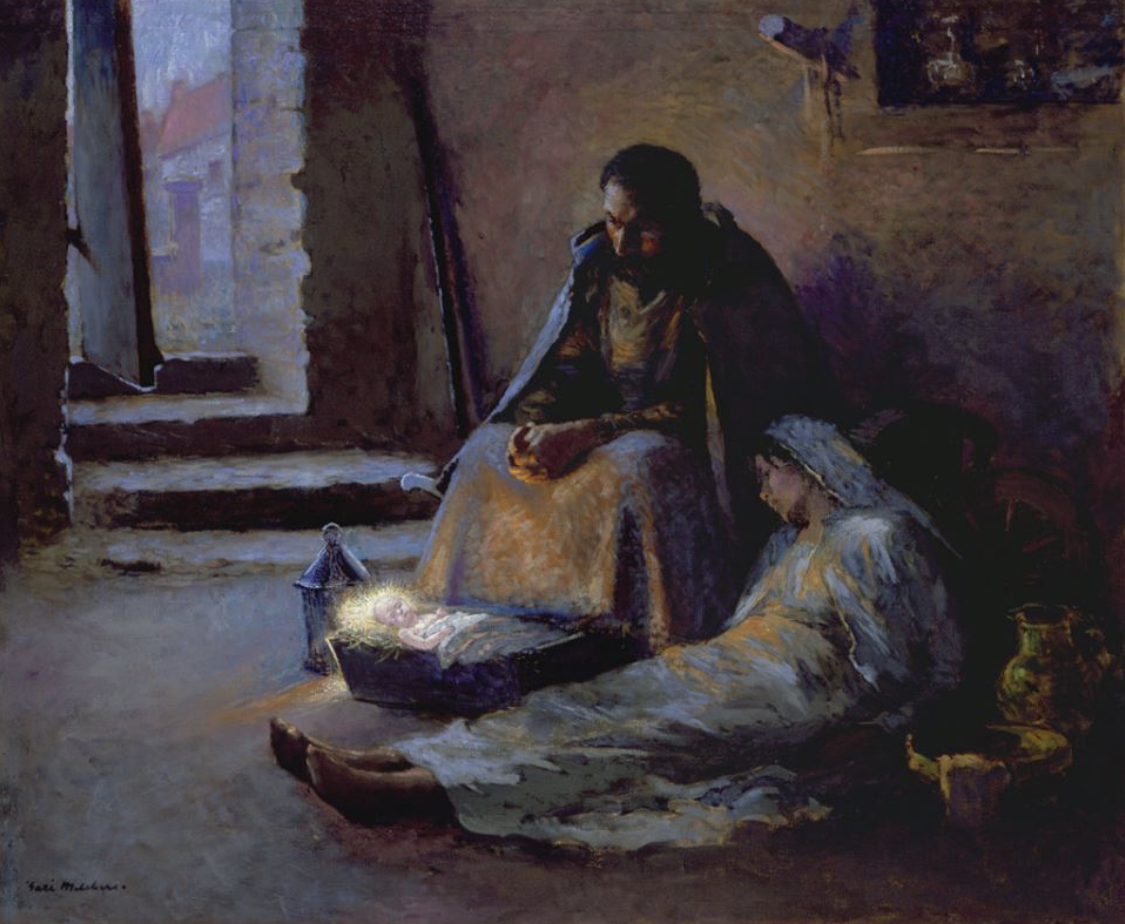 Despite what’s been said over the years, in all likelihood, there wasn’t an inn for Mary and Joseph to stay in at Bethlehem. More likely they would have depended on relatives for shelter there; first-century Jews valued hospitality highly—which means the couple would have looked for a place to stay among family members in Joseph’s hometown. But no one gave them proper shelter. Had the news of Mary’s premarital pregnancy preceded her? Had Mary’s swollen belly, and the relatives’ knowledge that there had been no wedding, repelled them at the door. Had Joseph’s kin pitied his predicament, but been unwilling to accept the cost of being associated with it?

No room (in the hearts or the homes of Joseph’s relatives) meant Joseph and Mary would have to go it alone—endure the birth of their child in the crude trappings of an animal shed in solitude. Not one family member would be there to welcome this child or wipe the brows of his weary parents. Despite the angel’s divine announcement, Joseph and Mary would bear the child alone. In piety or self-preservation or fear the relatives would stay away, leaving Mary and Joseph to ponder whether this inauspicious, inhospitable circumstances of Jesus’ birth presaged a world of rejection ahead for their child and them.

In his Christmas meditations, Martin Luther wonders how dark the world of Bethlehem must have been to ignore the gracious light of God coming into the world in Jesus. Even in that most critical moment of Jesus’ birth, Luke tells us nothing about Mary and Joseph receiving any help. The world was inhospitable. In his Christmas sermon, Luther challenges his parishioners: “There are many of you in this congregation who think to yourselves, ‘If only I had been there! How quick I would have been to help the Baby! I would have washed his linen,’ … but if you had been there at the time you would have done no better than the people of Bethlehem” (The Martin Luther Christmas Book, Roland Bainton, p. 38). Even we, who claim to make our home with Christ, fail to welcome him fully at Christmas (or on any other day of the year, for that matter). Should we be surprised at God’s displeasure at us and our world—who are, to quote a familiar Christmas hymn, “in sin and error pining”? Suddenly the shame is ours. How can we possibly expect God’s hospitality? 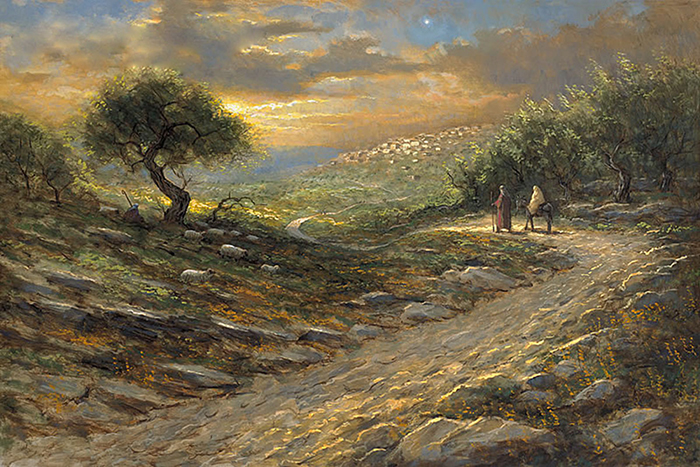 But what if the One whom we have failed to receive, is born into the world for that very purpose—to make a home with us, despite our inhospitality to him? What if, in spite of our unkind world (where this divine child lies in “such mean estate where ox and ass are feeding,” where Herod chases the holy family into exile, where his own choose the cross for him rather than upset the status quo), he chooses nevertheless to receive us? What if this child grows into the man who opens his arms in healing, and welcome, and restoration—despite the possibility that it will pierce him? What if this child is willing to experience the nails and spears of crucifixion, and bear the cross, for me and you? How odd, and wonderful, and hospitable of God to give us a different—infinitely more gracious—treatment than we offered him. For his inauspicious birth and shameful death merely heralded the ultimate hospitality of God in Christ’s resurrection.

At Christmas we declare that God has made his home with us. And that is true. But not simply because of his birth. Instead, the incarnation of God’s welcome home is only complete in Christ’s death and resurrection; for it is there that we see to what lengths God will go to make his home with us. We have a God who not only would, but has died to bring us home. In Christ, we are at home with God. No more do we have to wonder whether—when we knock at God’s door—we will be given shelter; in Christ, we are received with open arms. And, knowing we have a home with him, means we entrust ourselves to him even more—believing that the one who shelters us should also shape us; in the words of one Christmas hymn we pray for Christ to “fit us for heaven, to live with you there.”

It’s amazing what happens when news of having a home warms the hearts of those who have been homeless. Take the shepherds, for example: Luke tells us that no one but the shepherds shows up to welcome the Christ child. These men who were banished to the fields of Bethlehem, who found no welcome in town, had angels bring them good news of great joy. And while their terror testified to their initial sense of inadequacy at receiving such grace, their haste testified to their joy: Such grace inspires wonder, praise, joy, and testimony to “what had been told them about this child.” So we, inadequate at receiving such grace, but grateful nevertheless, marvel at, praise, and sing for joy that in this Christ child we have been welcomed home with open arms.