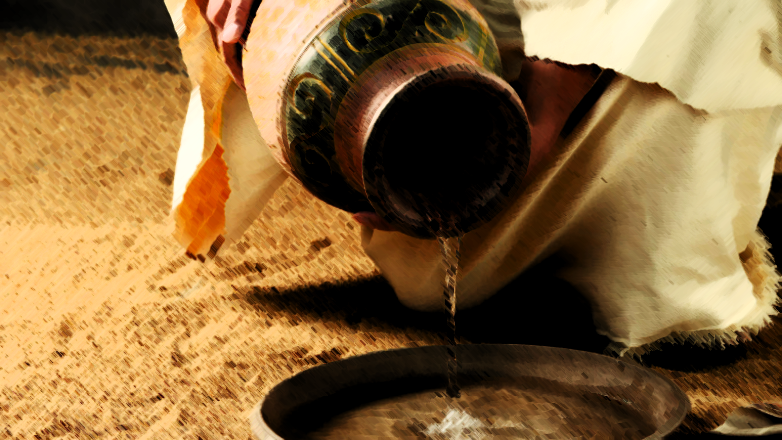 The Economics of Grace

1 Six days before the Passover Jesus came to Bethany, the home of Lazarus, whom he had raised from the dead. 2 There they gave a dinner for him. Martha served, and Lazarus was one of those at the table with him. 3 Mary took a pound of costly perfume made of pure nard, anointed Jesus’ feet, and wiped them with her hair. The house was filled with the fragrance of the perfume. 4 But Judas Iscariot, one of his disciples (the one who was about to betray him), said, 5 “Why was this perfume not sold for three hundred denarii and the money given to the poor?” 6 (He said this not because he cared about the poor, but because he was a thief; he kept the common purse and used to steal what was put into it.) 7 Jesus said, “Leave her alone. She bought it so that she might keep it for the day of my burial. 8 You always have the poor with you, but you do not always have me.” 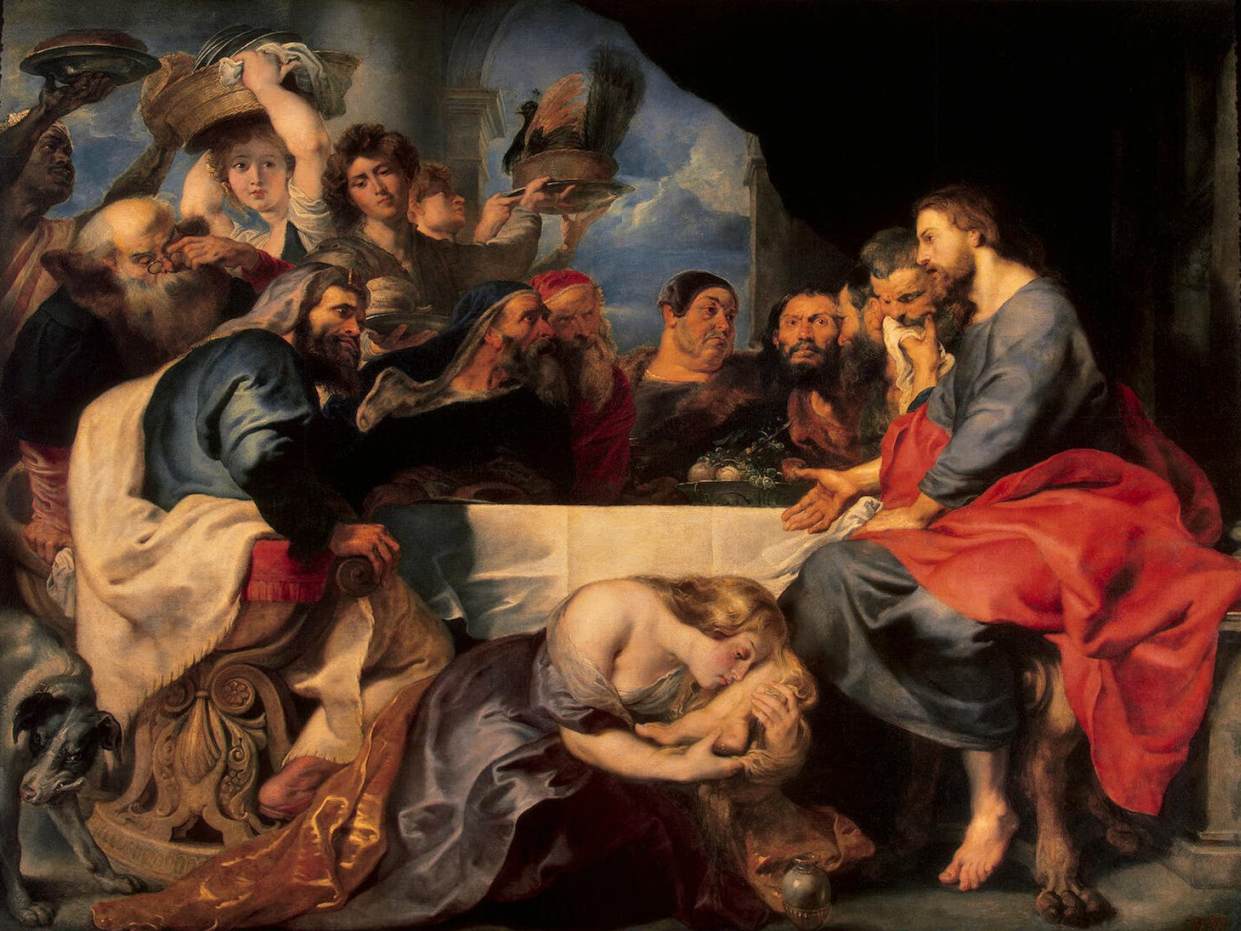 DIAGNOSIS: The Price to Be Paid

The rich keep getting richer and the poor keep getting poorer. It’s hard to avoid the constant stream of news reports that draw our attention to the ever-rising economic inequality eating away at the fabric of society. We all know folks who daily wrestle with food insecurity, lack of employment, exploding healthcare costs, and eroding social safety nets. At the same time, consumerism is as rampant as ever. Sure, there are the privileged few who always seem to rise secure above the waves of chaos and insecurity, those who continue to indulge their taste for luxury. But, we also see some folks who scrape to get by, and yet manage to indulge themselves here or there with a little fiscal irresponsibility—defying the judgment of onlookers. Perhaps it’s an expensive handbag or pair of shoes, or the latest smartphone.

Or, perhaps it’s a pound of costly perfume made of pure nard: Consider Mary’s choice indulgence. How might she have scrimped and saved for such a luxury? We don’t know. But we can imagine the hell she’s caught for it from her ever-practical sister Martha. We know (from Luke) about how Martha lives by the rule of first things first. We’ve seen the dynamic between these two play out elsewhere. “Lord, do you not care that my sister has left me to do all the work by myself? Tell her then to help me” (Luke 10:40). Mary’s not the most practical person. Sure, we know her devotion to Jesus, yet Jesus is very much alive here and not begging such extravagant anointment. And, say what we will about Judas (John certainly does!), it’s hard to argue with his logic. Jesus isn’t much help either, remarking “you always have the poor with you,” as if to throw stewardship out the window.

What could explain such extravagance in the face of scarcity? Well, there’s something to be said for the power of distraction. With the problems of the world ever weighing upon our shoulders, a little bit of self-indulgence won’t kill us, will it? We know we’re being irresponsible, but why can’t we just have a moment for ourselves for once? Can’t we just push away our problems for a moment to feel a shred of normalcy once again? After all, didn’t Jesus tell us “do not worry about tomorrow, for tomorrow will bring worries of its own” (Matt. 6:34)? Though, as Luke describes, “the house was filled with the fragrance of the perfume.” Perhaps Mary is not so much indulging herself as exercising self-care. Perhaps this moment of extravagance will help her to cope with the overwhelming knowledge of what is to befall her Lord in due time. There’s something to be said for caring for ourselves so that we can care for others, like a fragrance that fills the house. Even still, it’s hard to imagine her not feeling some shred of guilt about it, whether from overhearing Judas’ objection, sensing Martha’s disapproval, or the weight of guilty conscience that we all know too well.

The moment of distraction, of extravagance, of self-care always fades away. Our problems have not magically evaporated. The world continues to suffer. Granted, we might feel somehow reinvigorated toward serving our neighbors, but in the end we always come back to the hard truth of our own frailty and mortality that we can never truly escape. Can we really tell the difference between self-care, and self-indulgence at others’ expense? What if it’s all futile after all? Perhaps Mary has found some momentary solace by anointing her Lord in the knowledge of his coming crucifixion and death, but we can’t deny that her anointing also serves to drive another nail into Jesus’ flesh, by looking toward his death. The meal they all share together seems less celebration than futile attempt to hang onto the moment of a living, breathing Jesus while they still can. As Jesus remarks, “You always have the poor with you, but you do not always have me.” And just as Jesus will die, so will we.

PROGNOSIS: The Gift to Be Given

Though Jesus may not have much to say in the way of good news here, we also know that actions sometimes speak louder than words. As we look over the scene, our eyes fall upon Lazarus, whom Jesus raised from the dead. Indeed, Lazarus sits before us as a testimony to the power of the one who surpasses both life and death—Jesus. Jesus will be crucified and buried; yet in three days he will rise in the glory of resurrection. Lazarus sitting before us is a foretaste of that resurrection. Just as he did with Lazarus, Jesus binds our frailty and mortality to his own body, in order also to bind his resurrection to us. Death is no longer the end, but the way to life eternal, by Jesus’ surpassing grace. And only by this grace do we witness that Mary doesn’t just anoint Jesus into his death, but into his new life, the same anointing made upon us in the baptism we share with Jesus—more glorious than every anointing of every king or queen in the history of the world. “For if we have been united with him in a death like his, we will certainly be united with him in a resurrection like his” (Rom. 6:5).

By the power of faith, we realize that such anointing is infinitely more lavish than just a dab of oil, or even the costliest smear of nard. For Jesus is so extravagant as to anoint the likes of you and me, as distracted and self-indulgent as we are. We know our weaknesses and the countless ways we have failed to care for our neighbors. We still contend with our guilt. But Jesus knows, and never fails to meet us with his unconditional forgiveness, to lift the weight of the world off our shoulders so that we can feel refreshed and released to freely serve our neighbors without distraction.

Only by this unbinding does our service cease to be duty, and become the kind of free gift that actually fills the house with the fragrance of perfume, the aroma of Christ and his selfless, unconditional giving to the poorest of all. Of course, we know we’re not perfect. We’re not good stewards. We mean well even as we squander the gifts God has given us. But fear and embarrassment no longer have hold upon us. We know the world’s problems are complex, but trusting in God’s grace, we witness others’ burdens lifted through us in the most unexpected and humble ways. But just for today, like Mary, perhaps we will share our extravagance with others, that they would know Jesus’ extravagance too.