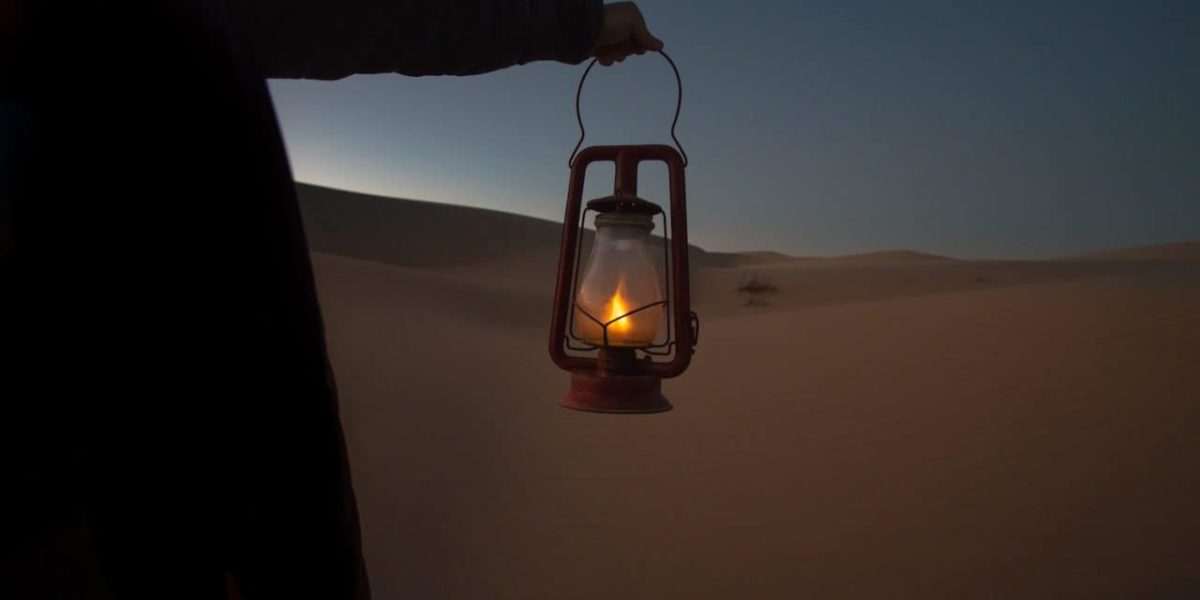 1 Now all the tax collectors and sinners were coming near to listen to him. 2 And the Pharisees and the scribes were grumbling and saying, “This fellow welcomes sinners and eats with them.” 3 So he told them this parable: 11 …“There was a man who had two sons. 12 The younger of them said to his father, ‘Father, give me the share of the property that will belong to me.’ So he divided his property between them. 13 A few days later the younger son gathered all he had and traveled to a distant country, and there he squandered his property in dissolute living. 14 When he had spent everything, a severe famine took place throughout that country, and he began to be in need. 15 So he went and hired himself out to one of the citizens of that country, who sent him to his fields to feed the pigs. 16 He would gladly have filled himself with the pods that the pigs were eating; and no one gave him anything. 17 But when he came to himself he said, ‘How many of my father’s hired hands have bread enough and to spare, but here I am dying of hunger! 18 I will get up and go to my father, and I will say to him, “Father, I have sinned against heaven and before you; 19 I am no longer worthy to be called your son; treat me like one of your hired hands.” ’ 20 So he set off and went to his father. But while he was still far off, his father saw him and was filled with compassion; he ran and put his arms around him and kissed him. 21 Then the son said to him, ‘Father, I have sinned against heaven and before you; I am no longer worthy to be called your son.’ 22 But the father said to his slaves, ‘Quickly, bring out a robe—the best one—and put it on him; put a ring on his finger and sandals on his feet. 23 And get the fatted calf and kill it, and let us eat and celebrate; 24 for this son of mine was dead and is alive again; he was lost and is found!’ And they began to celebrate.

25 “Now his elder son was in the field; and when he came and approached the house, he heard music and dancing. 26 He called one of the slaves and asked what was going on. 27 He replied, ‘Your brother has come, and your father has killed the fatted calf, because he has got him back safe and sound.’ 28 Then he became angry and refused to go in. His father came out and began to plead with him. 29 But he answered his father, ‘Listen! For all these years I have been working like a slave for you, and I have never disobeyed your command; yet you have never given me even a young goat so that I might celebrate with my friends. 30 But when this son of yours came back, who has devoured your property with prostitutes, you killed the fatted calf for him!’ 31 Then the father said to him, ‘Son, you are always with me, and all that is mine is yours. 32 But we had to celebrate and rejoice, because this brother of yours was dead and has come to life; he was lost and has been found.’” 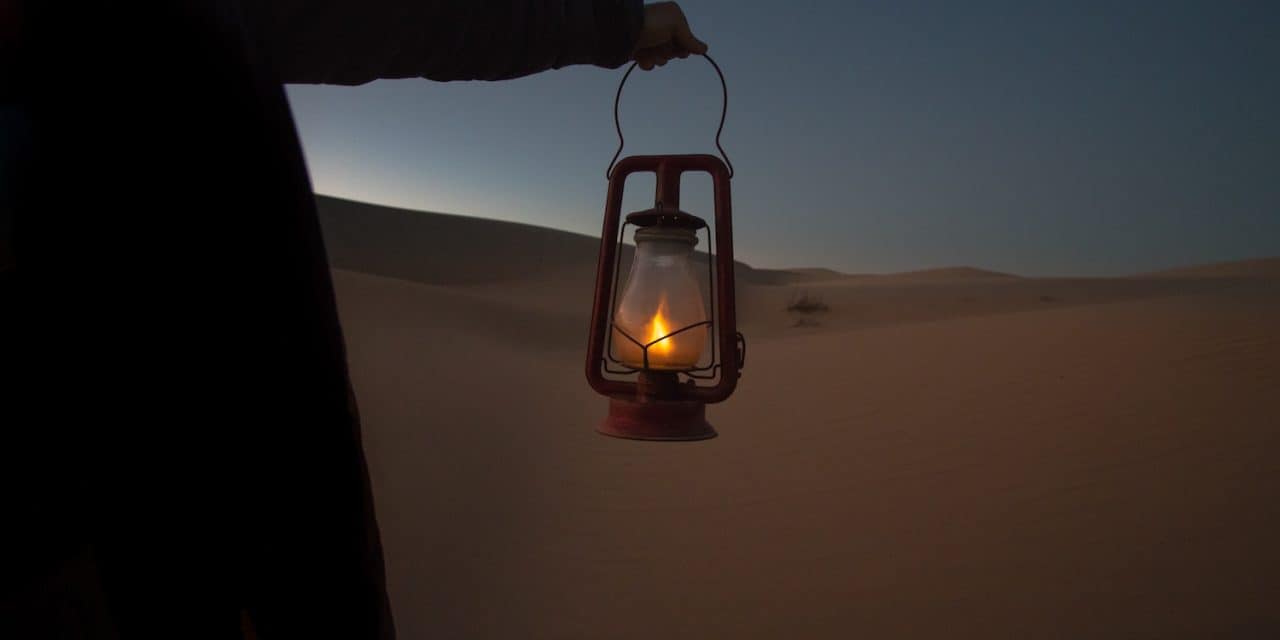 Why is the younger son lost? Professor Mark Powell’s travels reveal a variety of reasons depending on one’s national biases and prejudices. Americans tend to say because “he squandered away his property in dissolute living.” That is what I was taught in Sunday School. The blame’s on him. Russians, however, tend to say because “no one gave him anything.” The blame’s on us, society as a whole. Africans, on the one hand, say because “a severe famine took place.” The blame is on the randomness of nature …or is it on God? The elder brother, on the other hand, says because his younger brother “devoured [the father’s] property with prostitutes.” The blame’s on him again…and the father, too, for being too lenient and submissive. But then the older, self-righteous son is not the most objective person either. Which means shame is on him for being begrudging of his father’s grace. Each of these reasons is present in the text.

All this occurs because the younger son is distant. He is in a faraway land. He is far from his extraordinary father who loves, protects, and provides for him. Distant to God, his dad, his brother, his family, his community. And the bitter irony is that he, a Jewish lad, would gladly have filled himself with the pods that the pigs were eating. There goes Torah, too.

As much as it hurts God, God will not force us to remain in his household if we do not want to be there. God loves us all that much—that God will let us go and leave if we insist. Yet, that does not mean God stops waiting, hoping, watching, longing…hungry for our return. God loves us so much that God will not give up.

The father (God) perceives both of his children as undergoing death. A “living death” I suppose people in a similar situation would call it. Left untreated it turns into a deeper form of death: an ultimate and permanent one. 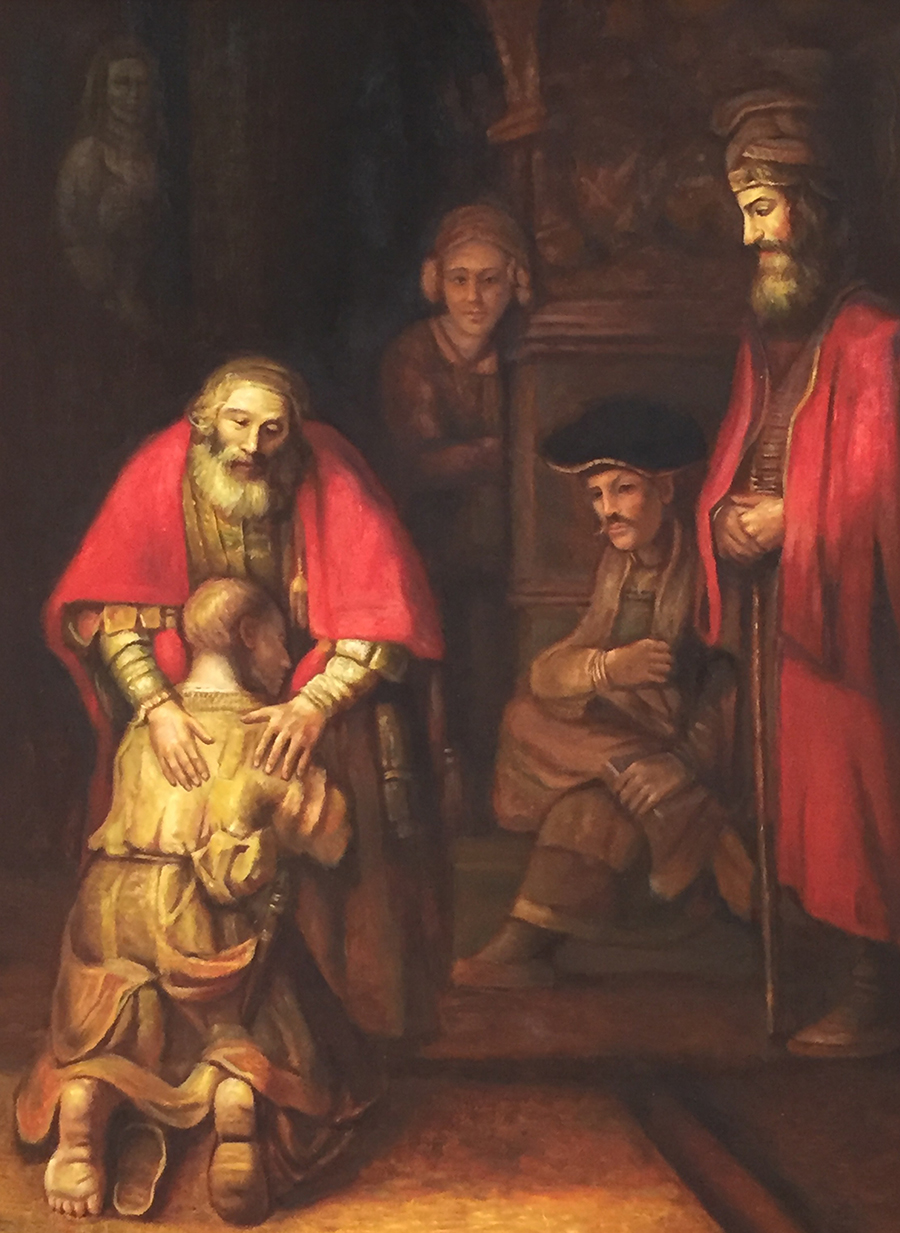 The cure for this “living hell” comes from a waiting and forgiving father (see Helmut Thielicke’s classic, The Waiting Father). Even before the way-off son can say one word of his sappy, well-rehearsed, self-serving apology, the waiting father [God] sees him afar off, is filled with compassion, runs to him, puts his arms around him, kisses him, and orders up a wingding celebration with gourmet food, happy music, delightful wine and toe-tapping dancing.

God knows the “pig pen” we have made of our lives. And yet, already now, before we say or do anything at all, it is all forgiven whether we wish to be aware of it or not. All the junk and clutter that we have allowed to pile up in our lives has been loaded up and carried off to the cross of Jesus Christ and dumped into the grave.

The saving death of Jesus Christ means that we are forgiven now, already, even before we think of confessing and repenting. The only question is whether or not we will wake up and smell the coffee and go back home where we belong and realize that our “Waiting Father” God celebrates the return of every broken person with a blow-out party. God loves us all that much.

The father’s (God’s) joy is because his child is safe and sound again. “He was lost and has been found.” And there is nothing left to do but to proclaim it and celebrate it through God’s Great Holy Feast. Communion quickly comes to mind.

So, where is Jesus in this picture? I see you and I see me. We’re one of the two offspring, either the “wayward one” or the “self-righteous one” or sometimes both together. But Jesus? Where is he? In his great, grand Parables of Grace Father Robert Capon gives his answer, “Isn’t it so clear? He is the ‘fatted’ calf. And what do ‘fatted calves’ do? They stand around with one purpose in life: to drop dead on a moment’s notice in order that other people might be fed and have a party. And if that doesn’t sound like the ‘Lamb of God who takes away the sin of the world’ then I don’t know what does.”

Jesus is the one who offers up his life at the father’s request and dies so that someone else may have a party, eat and celebrate. Grace we call it. G-R-A-C-E. God’s Riches at Christ’s Expense.