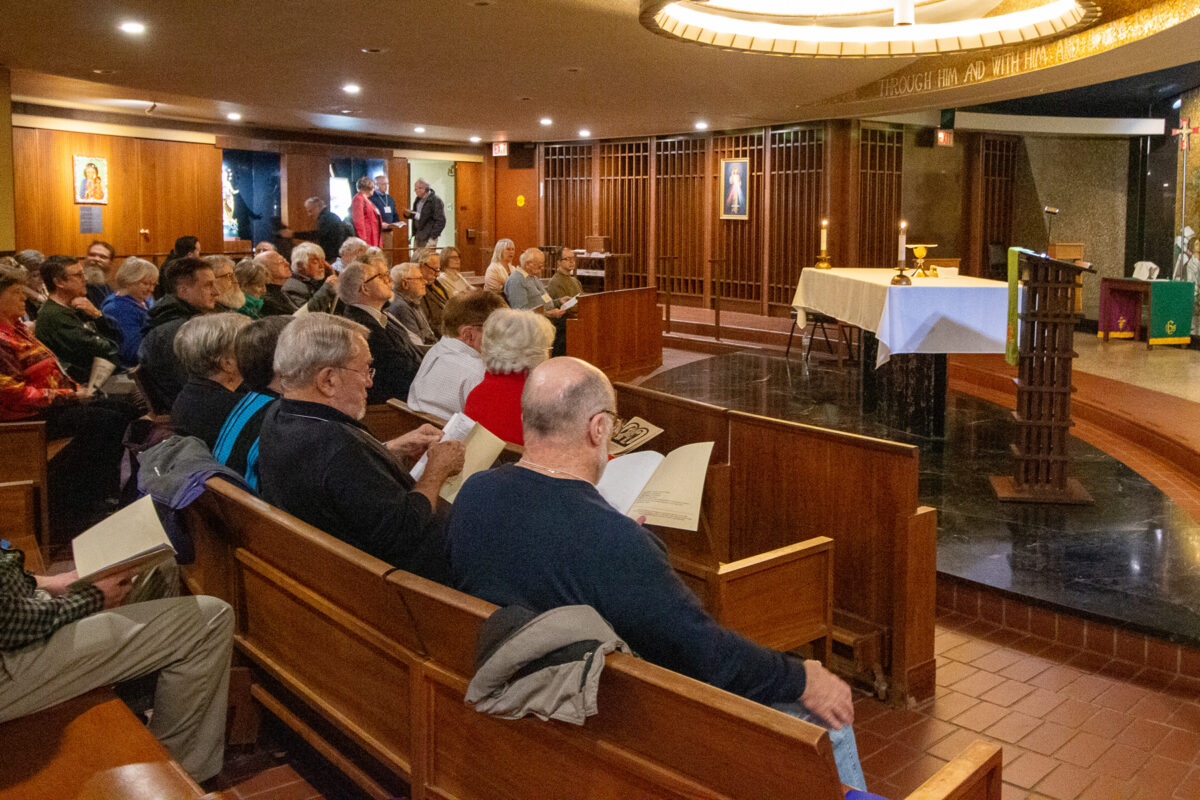 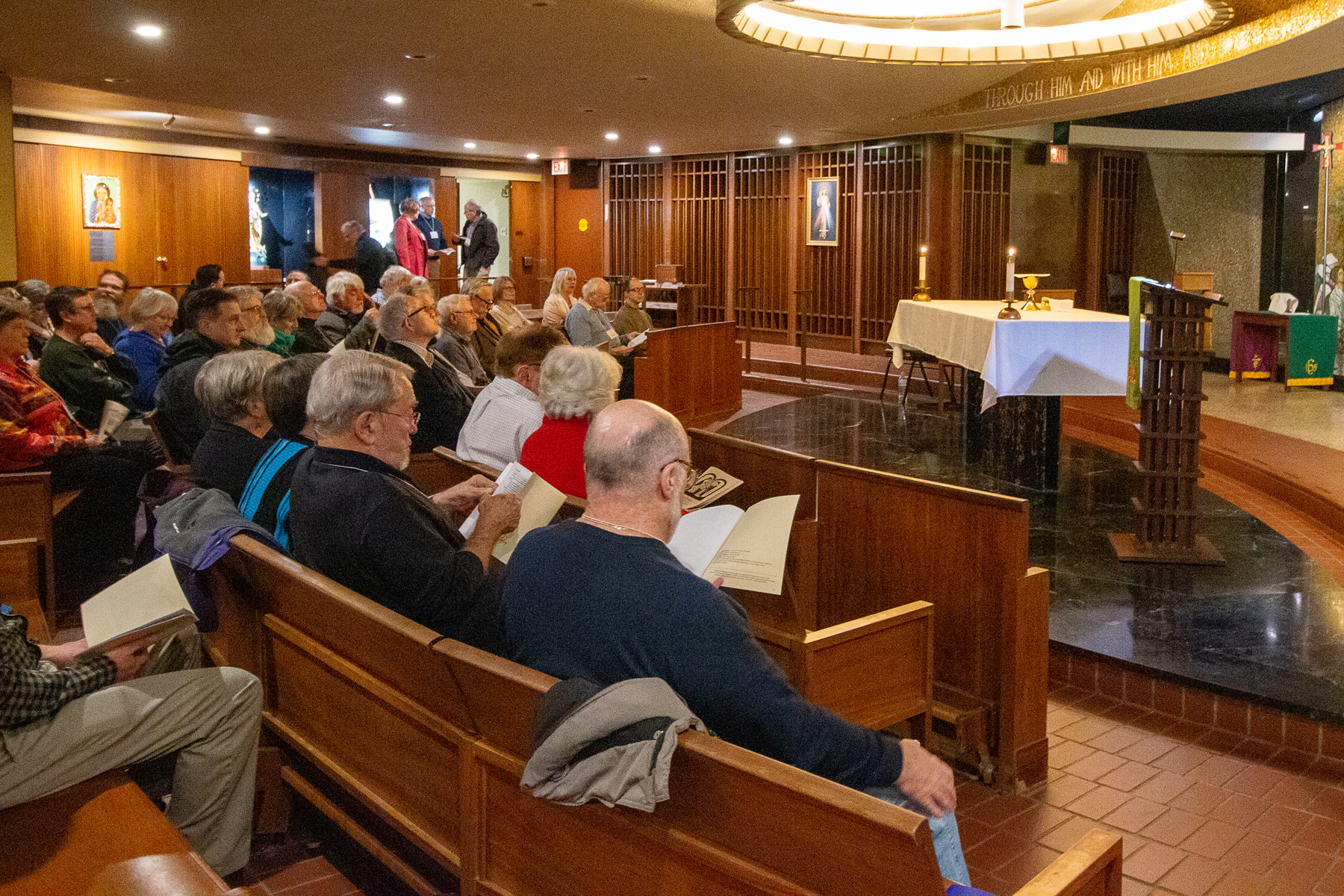 Our editor sends along a reflection occasioned by a recent and dramatic change in the way he spends his days, and his Sundays in particular.

Will I Hear the Gospel this Fall?

Suddenly I’m spending a sliver of every Sunday looking at a pulpit instead of talking from one. That’s what happens when a pastor retires. I did that on July 31st after four decades of compensated ministry as a servant of Word and Sacrament. This is the formal way of describing what the work was fundamentally about. St. Paul puts an edge on that description when he refers to himself and his colleagues as “servants of Christ and stewards of the mysteries of God” (1 Cor. 4:1). It reminds pastors—or at least it should—that the Word we’re responsible for (and to) is the Word that became flesh and dwelt among us, full of grace and truth, as John says. It’s in that grace, stuffed as it is with truth you can trust, that the ultimate mystery lies.

All of which is to say that the job I retired from, having been strangely paid to do it through all those years, was the job of making sure that the people I was assigned to care for were hearing the Gospel. It seems a lot of them did, or so they told me at the resounding sendoff I got from the congregation I spent the last twenty-eight years with. I went home happy that day—much happier than I expected to be after several weeks of poring over congregational rolls for the last time and recalling the all-too-many people I had disappointed or under-served along the way. There was far too much that I did poorly in my work as a pastor. Kyrie eleison! But again, as it seems, this much I did well: for those with ears to hear I delivered the Gospel goods. Or as Paul puts it, I refreshed some hearts in Christ. To hear and learn of this was more than enough to get me through the first month of retirement without once lapsing into a wallow of woulda-coulda-shoulda. 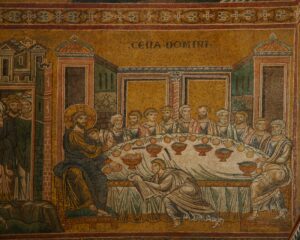 I wish that every pastor could know the joy and peace of this on the day they retire. Today I fantasize about sitting with some seminarians for a spell to help them imagine arriving at this place. If given a chance, I’d want to equip them with a few tools that would land them here. By far the first of these would be a sense embedded as deeply in the gut as in the brain of what the Gospel is. That’s Gospel as in the news—not just good, but unspeakably good, immediately good—of what God has done and continues to do in Christ for sinners of every stripe, with an emphasis above all on those things that none of us stands a chance of doing either by ourselves or for ourselves, let alone for each other.

It’s also Gospel as opposed to Law, that more familiar Word of God which, however good and true and vital it be, is bound to leave us staring at abject failure. All the haranguing in the world will do nothing to change this. No would-be servant of Word and Sacrament is fit for the office until they get this, and, having gotten it, can then speak with power and joy of the help for the helpless that we all have in Jesus—the crucified and risen Jesus, to be precise about it.

Such precision is of the essence, as I’ve been rediscovering from my hearer’s side of the pulpit these past few weeks.

If you go to a church that follows the Revised Common Lectionary you’ve been hearing a lot this summer from the middle section of Luke’s Gospel, the one that begins at the end of Chapter 9 when Jesus “sets his face toward Jerusalem.” Comes a slow regal procession toward the city where God’s king belongs. Jesus leads, of course. In his wake are would-be retainers—disciples, as he calls them. Crowds of the curious pack the roadsides. There flows from Jesus a stream of oblique instruction in what the kingdom of God is about and how its citizens ought to behave. At times he sounds like Moses on steroids. “Do it, and you will live,” as he says to a kibitzer (10:28). Or to a sycophant: “Blessed are those who hear the word of God and obey it” (11:28). At other times he roars like Elijah. “Woe to you, Chorazin, Bethsaida!” (10:13-14). “Repent or perish!” (13:1-5). There is nothing here of “gentle Jesus, meek and mild.” Demanding Jesus is much more like it. Unreasonable Jesus too, as in “throw your next big party not for your pals but for the local riffraff” (14:12-14). Now and then we even get implacable Jesus, as in the one who tells the parable of the rich man and Lazarus (16:19ff.). As I pointed out in a text study some years ago, nowhere does the word of God get bleaker and more hateful where the middle-class likes of us are concerned, to say nothing of the seriously wealthy. 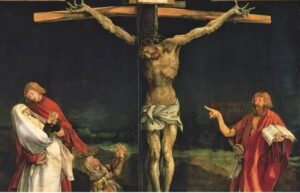 It is not Gospel to say of this Jesus, “Pull your socks up and follow him,” aka “Do as he tells you!” Would-be preachers need to know this. They also need the nerve to admit their utter inability to do what he expects. Else they’ll make the same mistakes a majority of preachers are making this summer, or so I fear. One is to accuse Jesus—politely, of course—of hyperbole. This is not the sort of thing you want to do to the Lord of heaven and earth. Another is to stoke the common pretension that, really, we can do what this Lord requires of us, and do it we will if and when we get around to it—as if that will make him happy. Still another is to send a person or two home suffocating from the weight of yet another millstone hanging from their necks because they chanced that morning to take what Jesus said somewhat more seriously than their preacher did.

Comes the worst mistake of all. That’s to bypass the horrific yet breathtaking marvel of this same Jesus hanging on a cross, suffocating from the weight of the world’s sin and folly, ours included. “For us and for our salvation”—that’s what this trip to Jerusalem is about. Everything he says and does along the way is meant to underscore the need for making the trip in the first place, and all the more for dying the death he’s going to die. 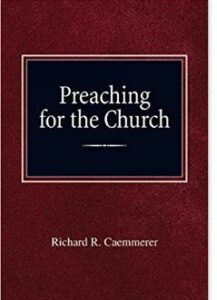 Preaching for the Church, available on amazon.com

him as well as the ones who don’t see the point. For pastors who make a hash of their assignments, however they do it. That the Son of God died for deadbeats like these—that’s where Gospel-telling begins. Add Easter into the mix and it mushrooms.

I took my first preaching class from the late, great Richard Caemmerer who shaped at least three generations of Missouri Synod preachers. He gave his students a three-point rule of thumb to follow when thinking through their sermons. Goal-malady-means. Two other late, great teachers, Robert Bertram and Edward Schroeder, expanded that into the six-step method that shapes the work of Crossings. Christ crucified hangs at the heart of both systems. That’s where you go to get the good news gushing. “Don’t ever preach a sermon without so doing.” This was the cardinal rule that led at last to the sendoff I got from the saints on July 31st.

It’s also the rule of rules I’d want to pass along to that class of seminarians I’ll never teach. I’m too old, too insufficiently credentialed, and for today’s tastes too wrongly gendered, or so I suspect. Is anyone teaching the rule in ELCA seminaries this fall? Do the regnant theologies allow for it? I do not know. I certainly pray that they do.

I pray this for the sake of the people I’m joining in the pews. I pray it for those other people in the little worlds the Holy Spirit blows us into week after week. There’s not a person out there who doesn’t need to hear, credibly, that God-in-Christ is on their side no matter what else he happens to tell them, whether directly through his Word or from behind the curtain of life’s assorted arrangements.

Will I hear this myself from other preachers in the months and years to come? I’m about it find out. God grant it.