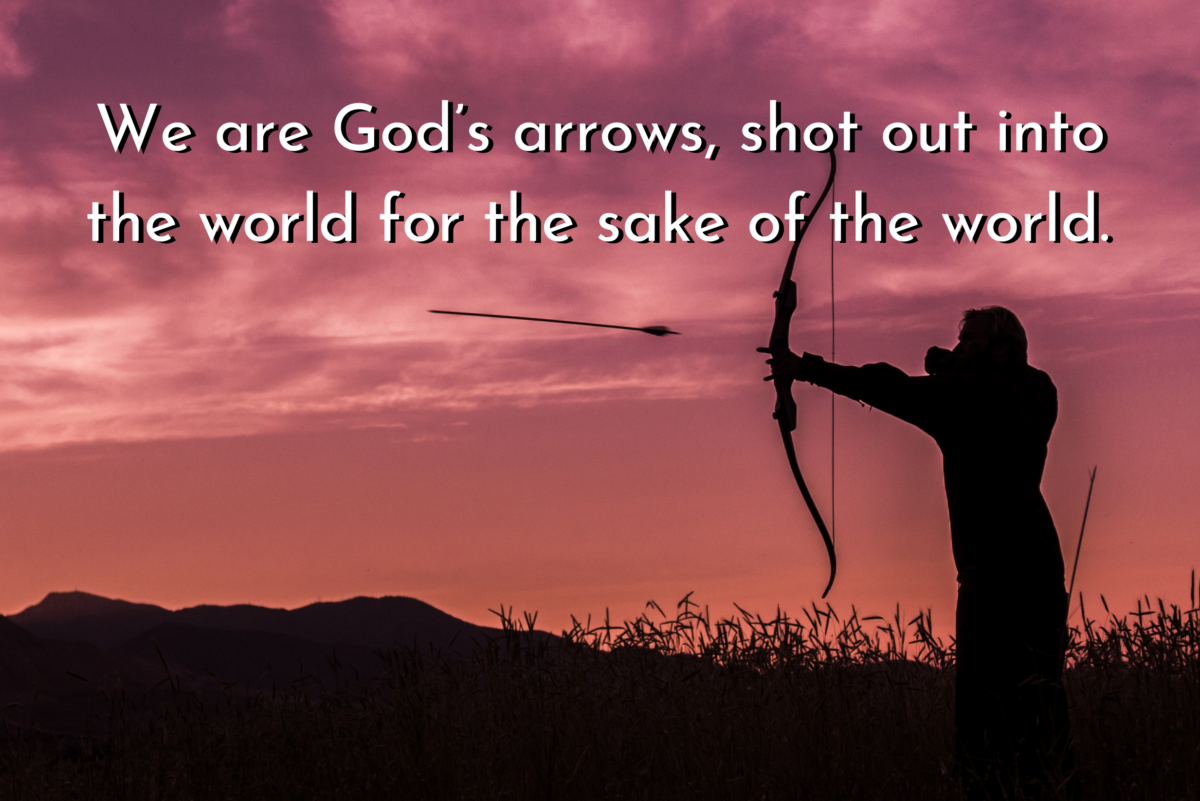 1 Listen to me, O coastlands;
pay attention, you peoples from far away!
The Lord called me before I was born;
while I was in my mother’s womb he named me.
2 He made my mouth like a sharp sword;
in the shadow of his hand he hid me;
he made me a polished arrow;
in his quiver he hid me away.
3 And he said to me, “You are my servant,
Israel, in whom I will be glorified.”
4 But I said, “I have labored in vain;
I have spent my strength for nothing and vanity;
yet surely my cause is with the Lord
and my reward with my God.”
5 And now the Lord says,
who formed me in the womb to be his servant,
to bring Jacob back to him,
and that Israel might be gathered to him,
for I am honored in the sight of the Lord,
and my God has become my strength—
6 he says,
“It is too light a thing that you should be my servant
to raise up the tribes of Jacob
and to restore the survivors of Israel;
I will give you as a light to the nations,
that my salvation may reach to the end of the earth.”
7 Thus says the Lord,
the Redeemer of Israel and his Holy One,
to one deeply despised, abhorred by the nations,
the slave of rulers,
“Kings shall see and stand up;
princes, and they shall prostrate themselves,
because of the Lord, who is faithful,
the Holy One of Israel, who has chosen you.” The Adoration by Edward Burne-Jones, Public domain, via Wikimedia Commons

We are God’s arrows, shot out into the world for the sake of the world. We fly where God points us, delivering our gospel tip into the hearts of the despisers and detractors, so that they too might be saved, freed, and made new.

Right from the very beginning, the church has thought of itself as a new (or “the true”) Israel. And it’s hard to miss the parallels between the church and Israel when reading the prophets, at least from where I sit in 21st-century North American mainstream-adjacent Protestantism.

This part of Isaiah was written, scholars tell us, when Israel was in exile, having been conquered by the Babylonians. They are now despised by the nations as impotent and irrelevant; losers, we might call them. And in a curious way, this is where the church is finding itself these days, in this and some other parts of the world anyway. Our once-default cachet has been replaced by suspicion and even hostility. We find ourselves increasingly despised, and that carries over to the God whose name we bear. We have labored in vain, it seems. The church is not growing. It is in fact declining.

Step 2: Advanced Diagnosis (Internal Problem): Aligning our Cause with the Rulers

Israel wanted to be like the nations of the world. They wanted a king, because, well, because everyone else had one. They were confident that they were special and wouldn’t let their kings abuse power or lead them away from God. And yet that is just what happened, as God said it would.

We in the church also wanted to be successful in the ways other successful institutions are successful: trusted by the culture, awash in cash, privilege, and influence. And for a time we were. People were flocking to our churches and our leaders were courted in the halls of power. We were expanding our facilities and making plans to expand further. But now all of that is mostly a memory. The world has changed. Times are different.

Israel’s infatuation with the rulers of this world led them to be enslaved by them. Their reliance on other gods led them to abandon the One who led them out of captivity and birthed them as a people through the waters of the Exodus.

Likewise, we in the church have neglected our central and defining task of communicating the gospel promise. We do not trust God to change the world with mere words, including those attached to the waters of baptism in which we are promised rebirth and new life. Changing hearts is a fool’s errand, we think. And besides, we ourselves don’t really want to change that much. Not “new life” much. We turn instead to the gods of can-do self-reliance, virtue-signaling, and reassurance that we are mostly fine the way we are. (It’s others who are the problem: capitalists or communists, atheists or fundamentalists, etc.) And when those gods fail us, we’ve got nothing left. We despair. We give up. We are broken bows. We may even end up dashing little ones against rocks. (See Psalm 137, or the news from Ukraine.) 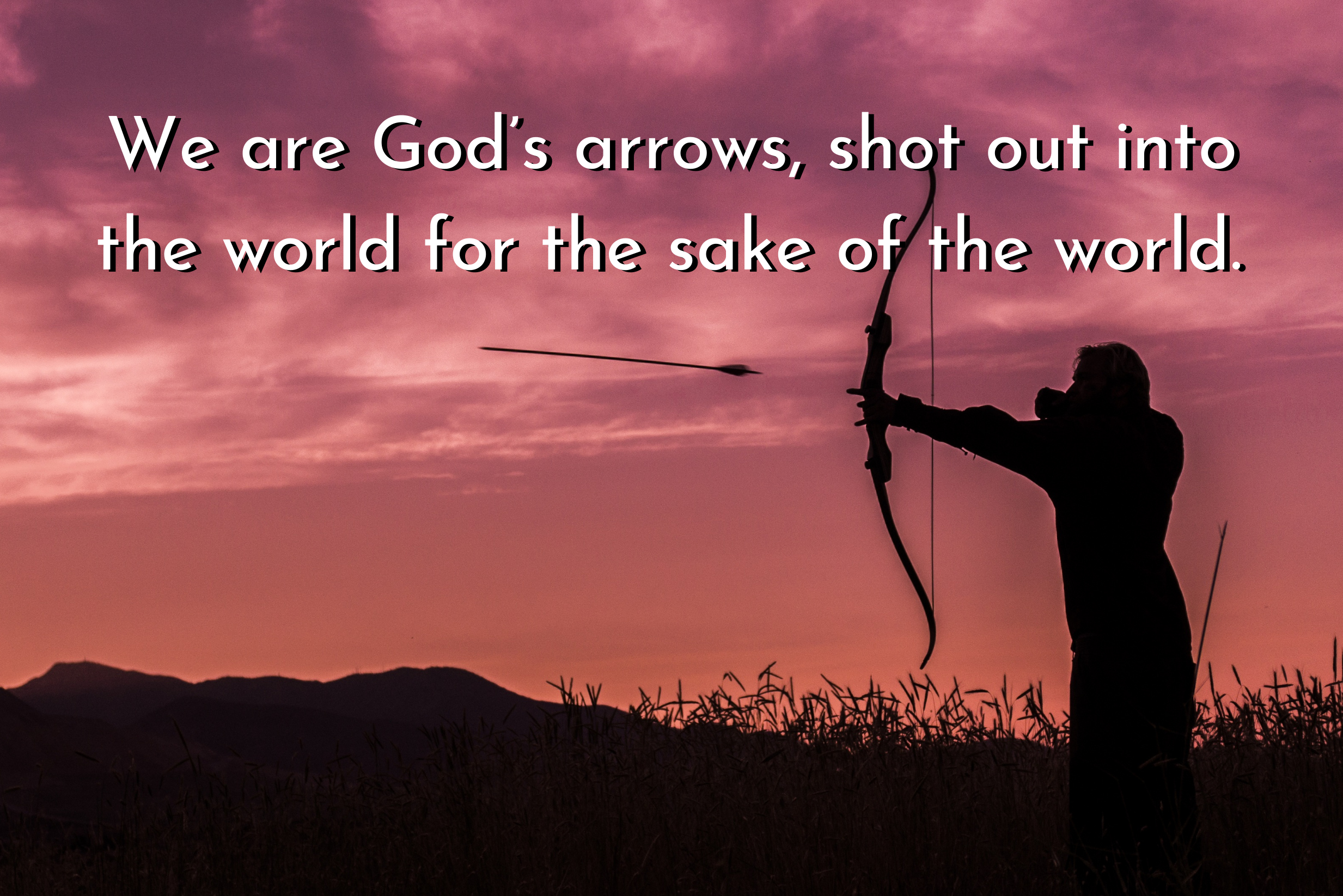 God did not give up on Israel, and God does not give up on the church. But that does not mean reestablishing Israel as a new and better nation state. Nor, I think, does God have plans to return the church to the supposed glory days, to the overflowing Sunday School and VBS ministries of the Cold War era. God instead comes into the world in Jesus to redeem us from our captivity to the ruling paradigms of our cultural imaginations. In him, God takes upon Godself the deadly consequences of our fevered success dreams, dying our death in order to destroy the powers of sin, death, and evil, and to fashion us into instruments of life that really is life—new life that is even better than we have imagined or wanted.

Step 5: Advanced Prognosis (Internal Solution): Aligning our Cause with the Lord

When the message and vision of this new and better reality pierces our hearts, carried by God’s gospel-tipped arrows sent in our direction (parents, grandparents, godparents, preachers, teachers, or faithful siblings in Christ), we let go of our worldly allegiances and begin to make God’s cause ours, trusting that God will accomplish what God intends.

It turns out we are not bows after all. God is the bow, a longbow, if you will, with incredible range. We are rather God’s arrows, shot out into the world for the sake of the world. We fly where God points us, delivering our gospel tip into the hearts of the despisers and detractors, so that they too might be saved, freed, and made new. Honored in the Lord’s sight for so great a task, we marvel at God’s redeeming faithfulness as even more arrows are fashioned and God’s quiver is filled.