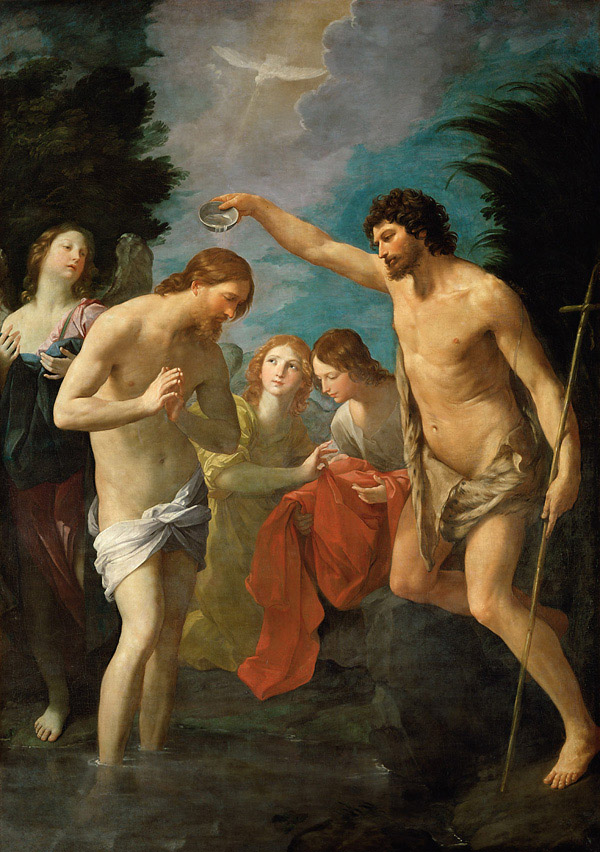 From Trashcan to Trash Collector

Isaiah 42:1-9
The Baptism of Jesus
Analysis by Cathy Lessmann

1Here is my servant, whom I uphold, my chosen, in whom my soul delights; I have put my spirit upon him; he will bring forth justice to the nations. 2He will not cry or lift up his voice, or make it heard in the street; 3a bruised reed he will not break, and a dimly burning wick he will not quench; he will faithfully bring forth justice. 4He will not grow faint or be crushed until he has established justice in the earth; and the coastlands wait for his teaching. 5Thus says God, the LORD, who created the heavens and stretched them out, who spread out the earth and what comes from it, who gives breath to the people upon it and spirit to those who walk in it: 6I am the LORD, I have called you in righteousness, I have taken you by the hand and kept you; I have given you as a covenant to the people, a light to the nations, 7to open the eyes that are blind, to bring out the prisoners from the dungeon, from the prison those who sit in darkness. 8I am the LORD, that is my name; my glory I give to no other, nor my praise to idols. 9See, the former things have come to pass, and new things I now declare; before they spring forth, I tell you of them.
.

They had gone astray by adopting “other” gods and losing all trust in Almighty God. They knew they were experiencing (or, maybe more accurately, suffering) God’s judgment, and it felt like hell. In fact, it was.

3,000 years ago, in the midst of exile, Isaiah addressed the Jewish people who had been thoroughly trashed by the Babylonians—to say the least. They had been treated most un-justly: imprisoned, plundered, defeated, destitute.

Because he was different, Adam was made fun of and belittled by a group of bullies in his neighborhood. They abused him verbally and physically; treated him like trash. In fact, they made up a nickname for him: “Trashcan.” Every time they saw him, they would spit that name out, taunting: “Trashcan, Trashcan. You’re nothing but a trashcan.” Those words hurt Adam more than the physical blows; they were like daggers piercing his heart.

Worse of all, Adam took the bullies’ words to heart. He believed them when they told him he was nothing but a trashcan. He had become a “bruised reed,” a “dimly burning wick” as Isaiah described, “sitting in darkness.” The wind (otherwise known as “spirit”) was totally knocked out of him. It never occurred to him to appeal to “the boss of the neighborhood” for justice, because, after all, he was merely a “trashcan”—unworthy of such lofty attention.

The Jewish people were equally subdued and humiliated, having succumbed to the might of the Babylon empire. And since they trusted that age-old system of “might-makes-right,” they concluded they were done-for.

It takes a bright light to overcome darkness. But Adam and the Israelites had lost all hope that any light would come their way. Adam was simply destitute, but the Jews recognized their culpability. They had gone astray by adopting “other” gods and losing all trust in Almighty God. They knew they were experiencing (or, maybe more accurately, suffering) God’s judgment, and it felt like hell. In fact, it was. 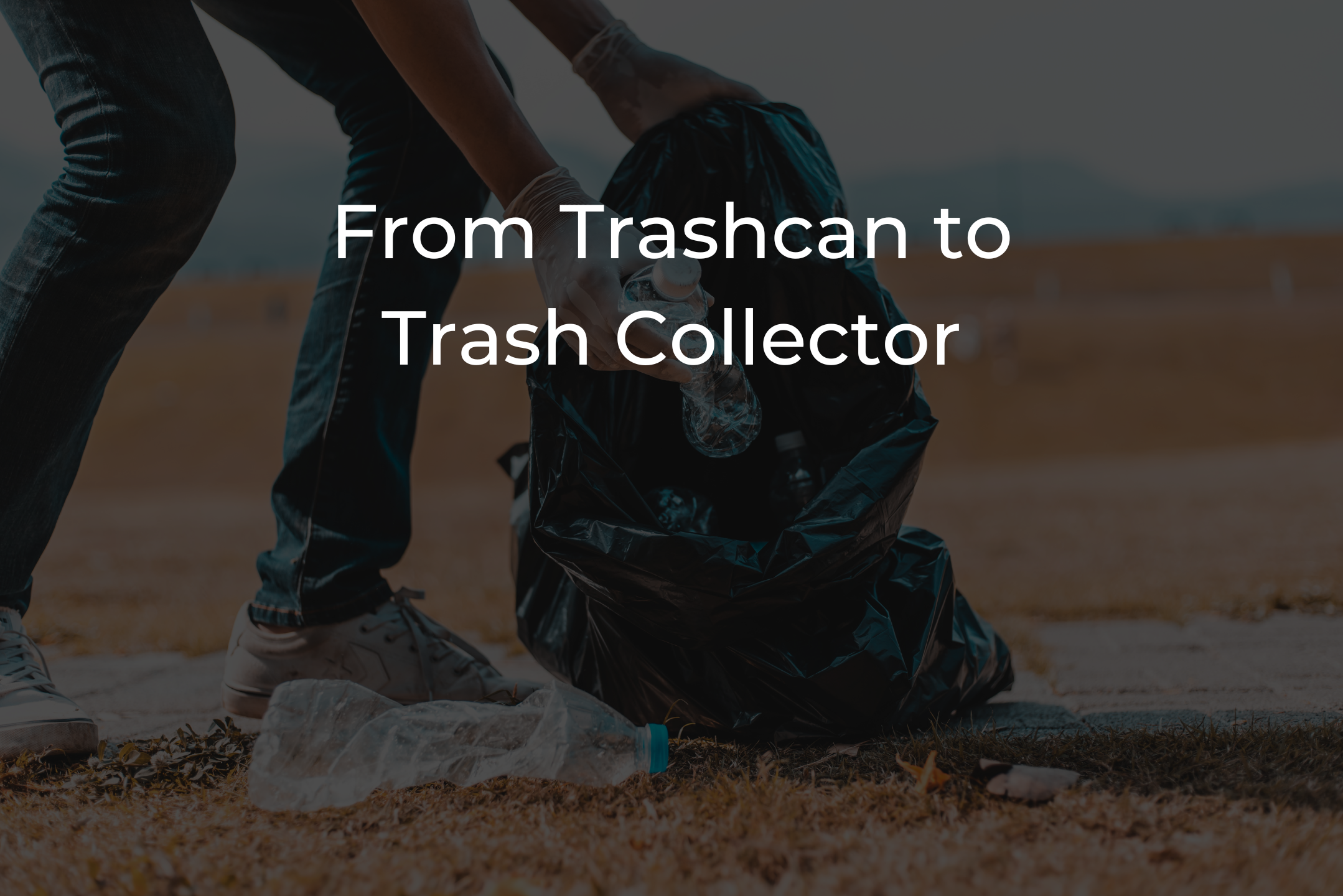 Except! Out of nowhere Isaiah spoke up, reassuring and promising the Jews that Almighty God had not abandoned them, that God was merciful and was going to come to their rescue via a very special person, God’s own beloved servant/child. This rescuer would have God’s spirit in him. [Fast forward: note Jesus’ baptism where God’s Spirit descends on him.] What Isaiah left out (that we all learned later) is that this beloved servant/child was going to accomplish justice by bearing and enduring the very justice-they/we/all deserved in himself—meaning, into God’s own self.

One day, Adam was unexpectedly rescued. An amazing new kid appeared and grabbed Adam’s hand explaining, “my dad sent me.” (Turns out, his dad was boss of the neighborhood.) This new boy—named Jesse—made a most incredible offer to Adam. He said, “Let’s trade places. You be me and I’ll be you. My dad will make it happen.” And sure enough, the bullies went after Jesse instead of Adam. They called him “Trashcan!” In fact, they beat him so severely that he stopped breathing. The bullies dragged him to a garbage heap (called Gehenna in Greek) chanting, “Trashcan, Trashcan, this is where you belong.” And they left him there to die.

Adam was heartbroken, and cried and cried. But he also realized he was free! He had been saved by this wondrous new boy. Then what do you know, about 3 days later, Adam saw Jesse walking down the street, whistling a happy tune. Jesse gave Adam the biggest hug in the world and said, “Adam, come live with dad and me and be my brother. Dad really wants you in the family!” Adam replied, “I’d love to!”

Adam couldn’t believe his great fortune! Interestingly, it was only after he was rescued that he understood that he had been complicit in Jesse’s death—maybe as much as the bullies. After all, he had believed the bullies and had accepted their verdict; he had trusted them with his future (made them his gods) and not even appealed to Jesse’s dad. But what Jesse and his dad had done for him now changed him completely. His gratefulness turned into sheer love. That in turn gave him a new spirit—actually, it was the same spirit that emanated from Jesse—sheer love. You might say, he had a “new” wind knocked into him and he became a “new” person.

The most interesting and unexpected end to this story is that Adam became a trash collector. Yup. He was constantly on the lookout for other kids like himself—kids who had been trashed. He told them about how Jesse and his dad had rescued him and that they were all welcome to come join Jesse’s family. Plus—and this is astounding!—he deliberately went looking for the bullies who had hurt Jesse and him. He wanted them to know that they didn’t have to behave the way they did, that they could live in Jesse’s family too, that they could be made “new,” just as he himself had been. Well, wouldn’t you know it: turns out that rescuing trashcans and bullies was and is the family business!