At the end of last week’s post our editor, Jerry Burce, promised a third installment of some unfolding reflections arising from the Capitol riot of January 6 and responses thereto.

What comes your way instead this week is an interlude of sorts—more grist for that third grinding, as Jerry wants to put it. A year and a half ago an ELCA pastor, Angela Denker by name, published a book through Fortress Press entitled Red State Christians: Understanding the Voters Who Elected Donald Trump. Bruce Modahl let us know at the beginning of December that he was working on a review of it. He sent it to us early last week, revised in light of his own observations of what happened at the Capitol. Timeliness requires that we get it to you promptly. Here it is.

Christ is risen whether we know it or not. We are all at the mercy of the One who deemed us worth dying for.

In mid-November I walked into my red state barber shop. I had not been there since the descent of Covid-19. I was the only customer wearing a mask. All four barbers were mask-less, but three of them wore a kind of face shield that covered the bottom half of their faces. I sat in the far corner waiting my turn.

Several people at the other end of the shop engaged in a conversation about some happening at a church they attended. The TV was tuned to a news channel. Joe Biden appeared on an open-air stage. One of those involved in the conversation looked up and said, “Well Nancy, I guess you won’t be able to fly the American flag out front anymore.”

On January 6 that became the least of what I do not understand about red state Christians. The insurrectionists, who stormed the Capitol building, carried a flag bearing the words, “Jesus Saves.” Several of the rioters mounted the dais in one of congressional chambers, bowed their heads, raised their hands, and gave God thanks for the victory, ending their prayer “in Christ’s name.” How can this be? 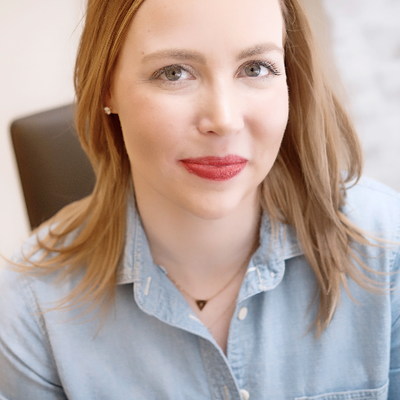 Angela Denker undertakes the task of explaining. She is well equipped for the task. She has a journalism degree from the University of Missouri. She was a sports reporter in Naples, Florida before studying for the ministry at Luther Seminary in St. Paul, Minnesota. Her first call was among the red state Christians of Orange County, California.

She spent the better part of 2018 traveling the country conducting research. She visited megachurches in southern Florida, Texas, and California. Her travels took her to rural North Carolina, northwest Iowa, and the Iron Range of Minnesota. She spent time with young farm families and her own family members in rural and small-town Missouri. She interviewed Christians in the rust belt of Central Pennsylvania, in Appalachia, and at a conservative Roman Catholic college in New Hampshire. She attended the March for Life in Washington DC. She conducted interviews among those she calls the Evangelical intelligentsia.

She found Trump voters to be as diverse as the places in which they live. She begins her tour of red state Christians among those whose views align with the insurrectionists. These are the Christian nationalists.

According to Denker, Christian nationlists perceive America and American Christianity to be under siege. They have witnessed the social causes they support defeated again and again in the Supreme Court, elections, and popular opinion. They are tired of losing. In response they have turned toward the flag. National identity and Christian identity are tied together. Veterans Day, Memorial Day, and the Fourth of July are lifted to the same place of honor as Christmas and Easter.

At Prestonwood Baptist Church in Plano, Texas, the worship services on a July Fourth weekend began with the pledge of allegiance, followed by the National Anthem. The worship space was in the style and size of an arena. The stage was filled with American flags. There was no cross, no Christian symbol of any kind.

Forty minutes into the sermon Jesus made a cameo appearance and then exited. The preacher posed the question, “Why Is America the most blessed nation on the face of the earth?” He said it began with a promise to Abram. He threaded his way through the Old Testament until the promise landed on America, heir to the promise.

At the River in Tampa, Florida, the stage was set with an American flag and the Florida state flag. Jesus was never mentioned in the sermon. God received one mention as the arbiter of judgement. The preacher locked his sermon on sinners and punishment. Fear and judgment were the themes. The pastors made it clear they were all armed as were many in the congregation. Christians are under siege. They are preparing for an impending American Armageddon.

In the rural communities she visited, Denker found that guns are tied to hunting and rural culture, not fundamentalist doctrine. People are concerned with law and order. They voted for Trump because he supported miners. He promised to turn local economies around with renewed manufacturing, which had disappeared with the Democrat-supported NAFTA.

She spent time with young families in a vibrant small town in rural Missouri. They represented the two Lutheran churches in town, one Missouri Synod, the other ELCA. Their reasons for voting for Trump had nothing to do with the Supreme Court or social issues. They said their faith did not influence their vote. They liked Trump because he is a businessman who promised to drain the swamp. They felt chastised by Obama and the Democrats. They had anecdotes such as one about OSHA issuing fines on white construction crews while leaving Mexican crews alone. OSHA inspectors knew the white crews could pay the fines and the Mexican crews did not have the money. Any mention of racism brought the conversation to an end. 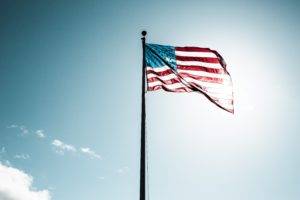 While Denker finds Trump voters to be diverse, there are some common themes they hold to. Chief among them is a sense of grievance. Grievance, whether tied to economic decline or social causes, is a powerful emotion. Trump, with his own ocean of grievance and resentment, became the candidate of the aggrieved.

On one occasion I found myself envious of the megachurches Denker visited. It was not the size of the crowd or the arena style worship. It was certainly not the vestments of the mostly young and male worship leaders, which she describes as tight jeans (but not too tight) and button-down shirts that make it clear the pastor lifts weights. Rather, I was envious of the diversity of people in attendance at the services. The congregations were composed of people young and old, Black, White, Latinx, and Asian.

Denker ends her book on a positive note. She says her story “ends in places in America where people are forming unlikely alliances, surprising each other and surprising political pundits, to build a future that looks nothing like the Republicans or Democrats of the past.”

Denker’s book was published before the election Trump lost, before the fraudulent claim of fraud that Trump and his allies carried to and beyond the day of Joe Biden’s presidential inauguration. It is a claim believed by most Republicans. A few red state Christian pastors acknowledged Biden’s election. They have been subjected to an outpouring of vitriol and threats against them and their families.

I recommend Denker’s blog, agoodchristianwoman.blogspot.com. Her post on January 13 is titled “Christians Against Christian Nationalism.” She states her reasons for signing a letter against this ideology and gives readers the opportunity to do the same.