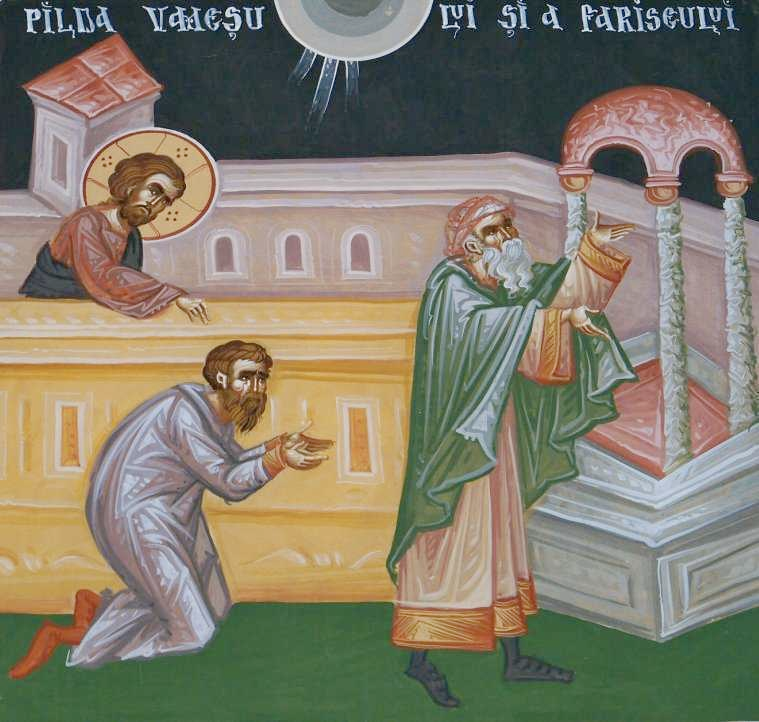 This will reach you two days after the election of 2020. It’s being prepared for publication three days before the election, and the one preparing it has no idea what the outcome will be, reported trends notwithstanding. The shock of Election Night 2016 continues to reverberate. Perhaps we’ll have some comments ready to share on November 12.

In the meantime we send you an artifact from a bygone era that seems all but Edenic in retrospect. Not that it felt that way at the time; but then we had no idea what Ugly and Vile would come to look like in the American politics of the subsequent decade. We couldn’t imagine it either, any more than people who woke up in the wee hours of September 11, 2001, could imagine planes being steered into skyscrapers.

The year of today’s piece was 2004. The candidates were George W. Bush and John Kerry. Each was loathed by half the citizenry. Neither was loathed as deeply as today’s candidates are—not even close—and in Bush’s case the loathers would receive him with relief today as an alternative to Mr. Trump.

Though not so, we think, when it comes to today’s author, Ed Schroeder. Were he still with us, we’d expect to hear a big “I told you so” erupting any moment from his keyboard. All through that first decade of our current century he ground away—quixotically as it seemed to many of us—at the issue of America’s need to repent. Every election drew another roll in that drumbeat, though the one we share today seems strangely to have gone unpublished.

The problem, as Ed saw it, was America’s addiction to a false religion. FROGBA, as he called it. (The pedagogical acronym was one of his addictions.) In 2003 he put this “Folk Religion of God Bless America” through a full-blown Crossings-style analysis. Perhaps that gave him second thoughts about pushing out today’s riff a mere year later. In any case, here it is at last, seventeen years later.

Dated though it be, we think it merits reading, if only for the sake of reaching and digesting a truly great line, “…the scandal and the hilarity of the Christian Gospel.” We so need some hilarity in our land right now, no matter who wins this Tuesday.

Conventional wisdom says our presidential election [of 2004] revealed this: Christians in the U.S. today do not simply disagree on a hierarchy of values. They read the Bible differently and express their faith in Jesus in radically distinct ways. New York Times columnist Thomas Friedman, commenting on the election, said “We are two nations under God.”

I want to make the case that NOTHING HAS CHANGED. These two nations under God (as well as the two presidential candidates) are linked—yes, imprisoned—by the same Folk Religion of God Bless America (FROGBA). FROBGA is a gospel, fundamentally “other” to the Christian Gospel of the crucified and risen Messiah, even though Jesus gets cited by advocates of that other gospel all the time. Other-gospel Christ-promoters are all over in the epistles of the New Testament.

Does this candidate pray or doesn’t he? Does he publicly do God-talk or doesn’t he? Does he trust that God is guiding his life or doesn’t he? Is he committed to doing God’s will or isn’t he? These questions are irrelevant for the fundamental Christian question. For the people who pushed Jesus toward his cross, the answer to all those questions was yes. And in the days before they executed him, Jesus excoriated them for the falsity of their praying, the un-faith in their God-talk, and their blind commitment to doing God’s will. Final evidence? It was this faith-based politics that compelled them to crucify the Son of God.

We begin with a parable. Two men went up to the (television) temple (of America) to pray, one a Democrat and one a Republican. Both besought American voters to select him as high-priest of the nation. Both told the voters they were faith-based persons.  Both invoked the God of Christianity as the one in whom their faith was grounded. Both concluded their pleas to the voters with “God bless America,” the mantra of the nation’s folk religion.

Both were patently faith-based candidates and not ashamed to say so, although one did so more often than the other. Each was speaking from the ethos of his tradition, one Evangelical, the other Roman Catholic. American Evangelicals are taught to talk their faith in public, even pray in public. The other, a Vatican II Roman Catholic, was taught to do faith-talk in private circles, maybe in the one-on-one confessional. For such Christians the public arena is for deeds than creeds. But when public words were needed, both went public with Christian faith-talk.

Pushing a bit deeper—For one the faith-talk, though expressed on the outwardly with ease, was a fundamentally “interior” reality. It focused on his personal piety, his prayer-life, his confidence that God had called him to the task of fighting against evil, the biggest threat to our nation today.

For the other there, apart from reminding us that “I once was an altar boy,” his faith-talk was “exterior,” focusing on what we need to do in the body politic of America, and in the wider world, on deeds that needed to be UNdone with a “wrong war, at the wrong time, in the wrong place.”

Although their texts were different and their Christian traditions were different, both prayed the Pharisee’s prayer of Luke 18:9-14—and both encouraged America to pray along. How so?

The fallacy of the Pharisee’s prayer is not its “I”-centeredness. His was a faith-based prayer: “God, I thank you.” The tax-collector’s I-centered prayer is also faith-based: “God, be merciful to me a sinner.” But the “I” in the two prayers is different. The Pharisee’s heresy is that he “trusted in himself that he was righteous” and needed no repentance. The “I” of the tax collector is different. Yes, he is despicable. He knows he needs repentance and blurts out “God, be merciful to me, a sinner.” He “goes down to his house justified,” says Jesus, but the Pharisee, the good guy, does not. Why?

It isn’t that humility pays off while self-righteousness does not. But we see two very different faiths in action in these two prayers: Faith in God’s mercy for sinners and faith that I am not a sinner and don’t need any mercy. If anybody ever “goes down to his house justified,” “they are now justified by God’s grace as a gift, through the redemption that is in Christ Jesus…effective through faith” (Rom. 3:23ff). It is all faith-based. But on what is the faith based? One faith-basis justifies. Others do not. That is both the scandal and the hilarity of the Christian Gospel. 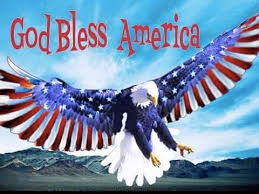 Back to America. Both presidential candidates avoided the faith-basis of the tax-collector. And that was no wonder. They were speaking for all of us, confessing our American faith, the Folk Religion of God Bless America, FROGBA. It is also thickly layered in American Christianity, in the faith confessed across the board from Evangelicals through Lutherans to Roman Catholics.

FROGBA is the American version of the Pharisee heresy. Our national prayer seems to be: God, we thank you that we are Americans, not like people in the rest of the world, especially those evil people who are out to destroy us. We are righteous and do not need repentance as they do. All the blessings we have received from you are evidence that you count us righteous. We sing, “God bless America.” Our leaders, in churches and in government, never mention the word “repent,” for we are good people, God’s beacon of light to the world to topple the axes of evil. As our president said not long ago, we trust “that the darkness [the terrorists] will never put out our light.”

Neither Kerry nor Bush told us anything in their campaigns to dislodge the faith-basis of FROGBA. In terms of Jesus’ parable, their rhetoric about the American people was Pharisaic. Though they looked like two angry foxes running in opposite directions (a metaphor Luther liked), their tails were tied together by the strong cord of FROGBA. In God we trust. It was the “God, I thank thee” of the Pharisee’s “I.” And that “I” is a false God.

The Biblical role assigned to political leaders is akin to that of the Old Testament prophets in one specific respect. Whatever else the prophets did, they interpreted history to the Israelite nation. Most often their nation was blind and deaf to what was happening—and so were its leaders—both in the palace and the temple. Helmut Thielicke taught us this about the prophets. Historical events are themselves mute. They do not on their own carry messages. Storms, famines, rich harvests, floods, rain at the right time, locusts, sunshine, and even wars, happen. But they are not self-interpreting.

They need to be “worded.” God-appointed leaders in palace and temple were called to be the ones “wording” for their people what God was doing in their personal and national lives. But when they became blinded to their callings, they were blind leaders of the blind. God sent prophets as emergency agents who could see what God was doing in the random events of history and then “word” it to those who didn’t catch the message from the events themselves.

Prophets were seldom popular with their audiences because they called for repentance. Turn around; go the other way. There were competitor prophets, usually on the palace payroll, who offered more consoling and comforting interpretations. Their message, says Jeremiah, is “’Peace, peace,’ when there is no peace.”

Americans have chosen a prophet to lead them who appears blind to our national need for repentance. Whether Kerry would have been better is not clear, but that question is now moot. Will the next four years bring more of the grim consequences of our nation’s God-problem? As Augustine and Luther and Jesus and the prophets all proclaimed “Except ye repent, ye shall all likewise perish.” There is no good news for people whose faith is based on the Pharisee heresy, no matter how often they chant the God Bless America mantra. Such prayers are akin to wailings of the Baal-prophets in their stand-off with Elijah on Mount Carmel: “they raved on…but there was no voice, no answer, no response” (I Kings 18).

Jesus gives two calls to repentance, a “condemning” call and a “saving” call. The condemning call went to Pharisee types who “needed no repentance.” The saving call went to the tax-collector types, the patent sinners cited by the Pharisee in the parable. For those Christ’s call was “Come” and “Follow me.” Both calls entail a turn-around in order to come home to God.

This parable is Christ’s good news for us Americans too. In the face of our own self-engineered Apocalypse Now, Jesus’ saving call to us is “Repent and believe the Good News.” Our president and all Americans need to understand this.