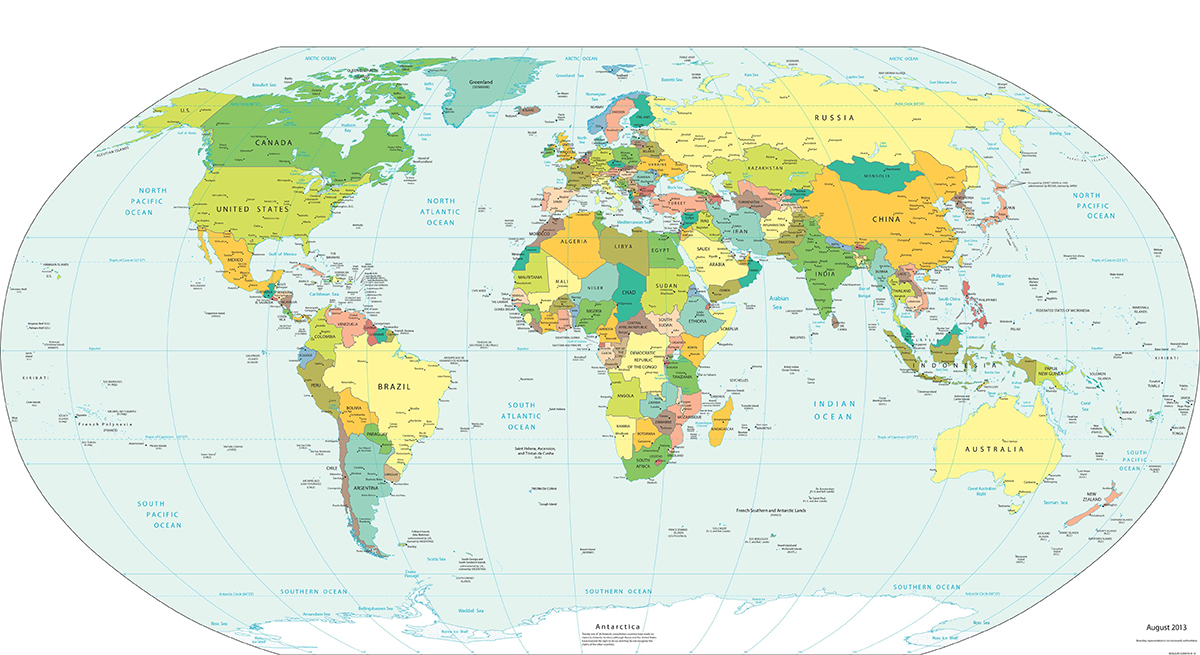 Today is the Feast of the Ascension, the most underplayed and underappreciated occasion in the entire church year. Or so opines our editor, Jerry Burce, who trolled his files for an argument that the Gospel on this day is as thunderously good as the Gospel can get. What we send you is the better part of a sermon he preached on Ascension Day in 2012. Its applicability to these darker times of 2020 will be obvious as you read. God grant encouraged hearts, refreshed imaginations, and a jolt of energy for the mission our Lord dispatches us into day after day.

The congregation I serve has a long, unbroken tradition of holding a liturgy on Ascension Day. It is lightly attended, as you might guess, but seems always to sparkle with vigor and joy. My predecessors established a habit of using the day to celebrate the gift of Word and Sacrament ministry, in part by recognizing significant ordination anniversaries of pastors connected to the congregation. In 2012 we found ourselves thanking God for the Rev. John Uhle, ordained fifty years earlier under the auspices of the old United Lutheran Church in America. John was one of several retired pastors who had found a home with us. He was faithful and energetic, concerned always for the Church, for its mission, and for the progress of the Gospel, as pastors of his generation were inclined to say. He was a good colleague too. He is with the Lord these days.

What follows are the first two thirds of the sermon I preached for the occasion. Here the focus is squarely on the Gospel itself—that Word of words we are given to refresh each other with, and to carry, as Jesus says, to the earth’s extremities. I break off at the point where the focus shifted specifically to John. There I invite you to insert yourself as the Gospel-agent in question, one among the ever so many who are tasked in 2020 with pushing the wondrous news along.

We ought to do this as a matter of course, you know. I’m surprised that we don’t. Yes, Easter is a day and a season for great and mighty celebration. But today, tonight, on this Feast of Christ’s Ascension: now is when Easter news kicks into turbo drive, so to speak, and so does the joy. What is Easter, after all, without the Ascension? What’s the point for you and me of a risen Jesus if his wounded feet stay planted on the ground the way daffy disciples want them to be? Yes, they’d love to see that new Davidic throne established in Jerusalem. I’d love as well—I think—to find my Christ behind that desk in the Oval Office making all things right, at least for some Americans, and to blazes with those who get in his way.

God, of course, has vastly better things in mind for his Christ, his one and only Son. 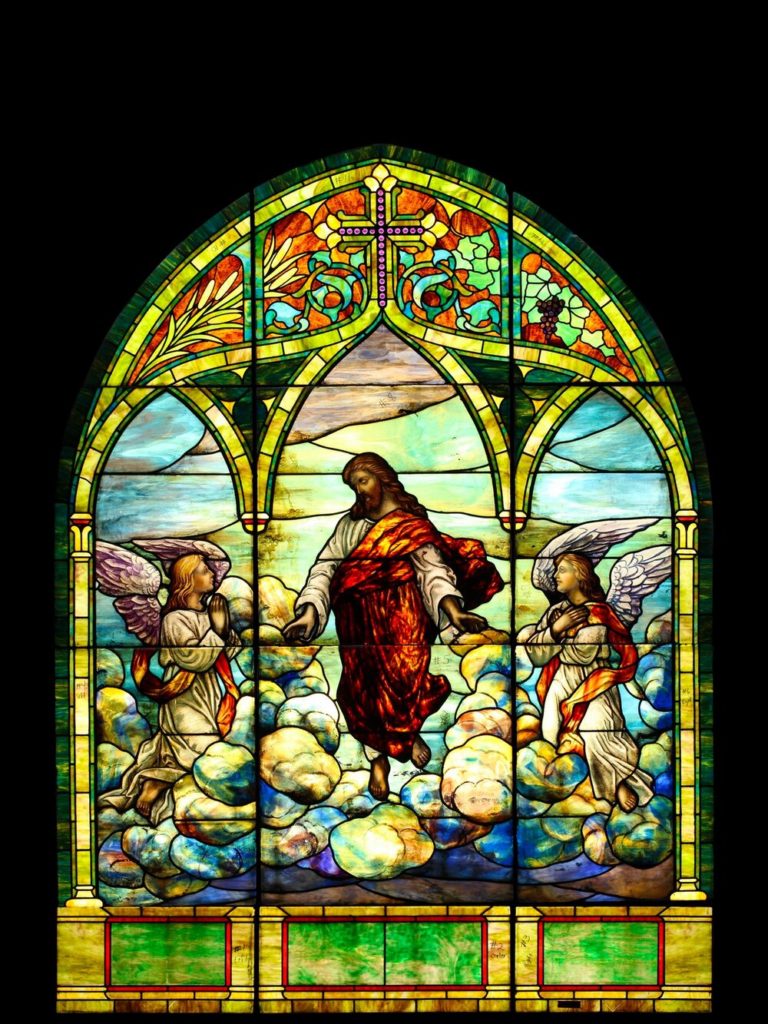 So on the 40th day, that real dawn of a new eternal age, our Lord Jesus Christ was taken up from them into heaven, and as they looked on a cloud hid him from their sight.

A cloud. It’s all about the cloud.. Cloud as in the cloud, the one God used to guide the riffraff through the wilderness, the one that scared them witless yet saved them all from going mad when it settled on Mt. Sinai. Isaiah saw it fill the temple in a smoky kind of form on the day that God, fierce and righteous, called him to the ministry of telling hard and bitter truth.

The same cloud, settling one day on another mountain, left Peter, James, and John paralyzed with fear. It would have killed them had Jesus not been there to mitigate its terror.

We see the cloud too, though to us it appears mostly as the impenetrable opaqueness that lies between us and whatever or whoever it is that’s pulling the strings that govern our lives. What fools we are to imagine that we control anything of any real substance whatsoever. There are powers out there, and principalities too. If you won’t believe this because Paul says it, believe it because the folks who make the movies say it, and they say it without ceasing. They can’t help but say it, because it’s ever so true. Or if you don’t believe the movies, ask the chairman of J.P. Morgan Chase who couldn’t control the forces that made that two billion dollars disappear on him in recent months. Pretend as we might, we are all of us little people blown hither and yon like the feather in Forest Gump, yet somehow we’re still held accountable for the deeds we do or the ones we fail to do. That too shows up in the details of our lives. No wonder life keeps striking people as surpassingly unfair. No wonder the phrase “in God we trust” is hardly worth the paper it’s written on these days.

Unless by the power of God—a God still fierce, yet above all gracious—unless by his power it should somehow sink in that Christ is ascended, he’s ascended indeed, and no, this is not an idle tale cooked up by a bunch of hapless first-century rubes who were sick and tired of real work and needed to explain to their wives why they weren’t giving up on this crazy Jesus thing of theirs.

God’s word and promise to all of us on this Ascension Day is that Jesus Christ does rule. He rules above all behind the cloud, where the deepest action continues to take place. He rules with those holes in his hands and feet and side, signals to every other power and force at work in the universe of exactly how much you matter to him and to the Father who sent him to die the death he died precisely for your sake.

I own them, Jesus says.

I forgive them, Jesus says.

I have plans for them: Jesus says that too.

And he says that in a tone of voice—an Easter tone of voice—that makes it plain to death, to the devil and to all their countless minions that nothing they do can begin to stop him from having his way with us, or more to the point, from having his way for us. In the Gospel reading just now we heard how the disciples, after witnessing Jesus’ ascension, returned to Jerusalem with great joy, and were continually in the temple “blessing God,” which is simply to say that they suddenly had nothing but good things to say to God, and to others about God.

They got it, in other words. They understood what God is aching for all of us to understand all over again tonight.

Let me put it this way. By the breathtaking grace of God, you and I are eternally alive and well this very evening, already blessed with the unthinkable opportunity to spend our days and nights, our months and years, in a dirty, dangerous world without once having to be afraid. Ours, you see, is the No-Fear Easter Era—though to say it like this may well surprise a lot of us.

After all, there are all kinds of spooky, scary things out there. And for sure we cannot know what kind of things might suddenly jump out at us when tomorrow arrives.

God help us, a lump in the breast, a drunken driver.

God help us, another 9/11. An economy collapsing.

God help us, a tumult of nature. A tsunami on Lake Erie.

God help us, a failure of faithful nerve, like Peter suffered. God help us, a sudden descent into gross and terrible sin; or a grievous disappointment from somebody we had thought to trust. 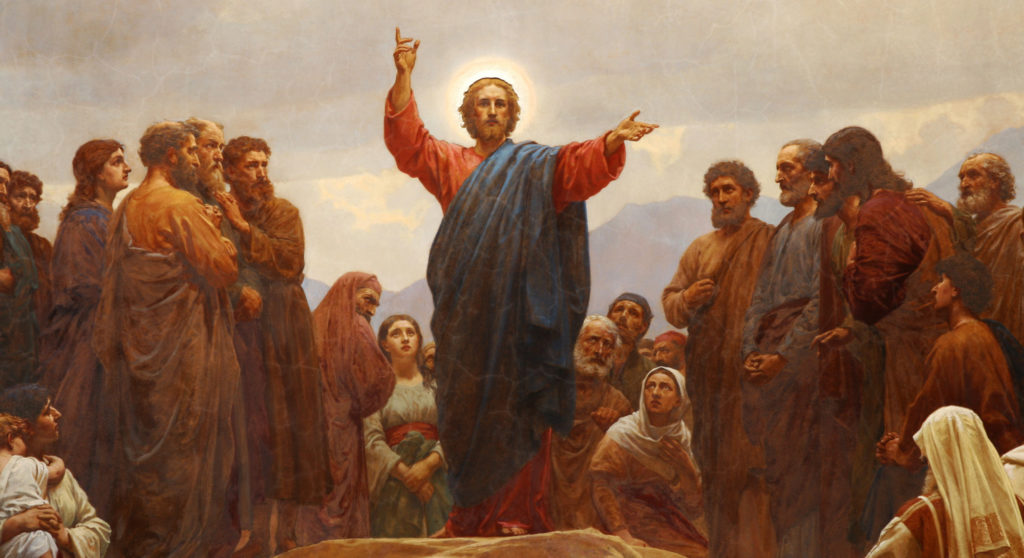 Or yet again, God help us, the lesser griefs: the tedium of the daily grind; the annoying habits of that person you’re obliged to work with; the failure of the child to knuckle down and do her homework; the lack of verve and passion in the church you attend. And then the sudden onslaught of a devil who likes to use such things to make us bare our teeth at God, and at each other; who likes nothing more than to hear us whining the way he does about the poverty of God’s mercy and the injustice of the arrangements that God has stuck us with. Then in he swoops with dreadful reminders of how little God likes whiners. Remember, he says, those folks in the wilderness and what happened to them when they griped about their daily manna.

Time was when that devil’s voice was the only voice that people got to hear. Not so today. Not in this era of the Ascension, this day and age when Christ our Lord, living and reigning behind the cloud, arranges time and again to make his voice heard.

To hell with the devil, Jesus says. Don’t you be afraid. I’m in charge here, Jesus says. Your life is in my hands. Your sins are forgiven before you commit them. Your future is secure, and your future is good, so good that for now you can’t begin in your wildest imagination to guess how good.

I’m in your future, Jesus says. And because I am, so is the God whose Son I happen to be.

And Jesus says this not once, but over and over.

He says it not merely here or there, but throughout the whole wide world.

He says it not with his own voice, but in the tones and timbres of people his Holy Spirit keeps raising up and dispatching to say it for him.

People like…you who read in 2020, each commissioned in baptism, each consecrated in the Spirit, each placed in a particular “end of the earth” as another fearless witness to the promise of life and love for all in Jesus Christ. To him be the glory, world without end.