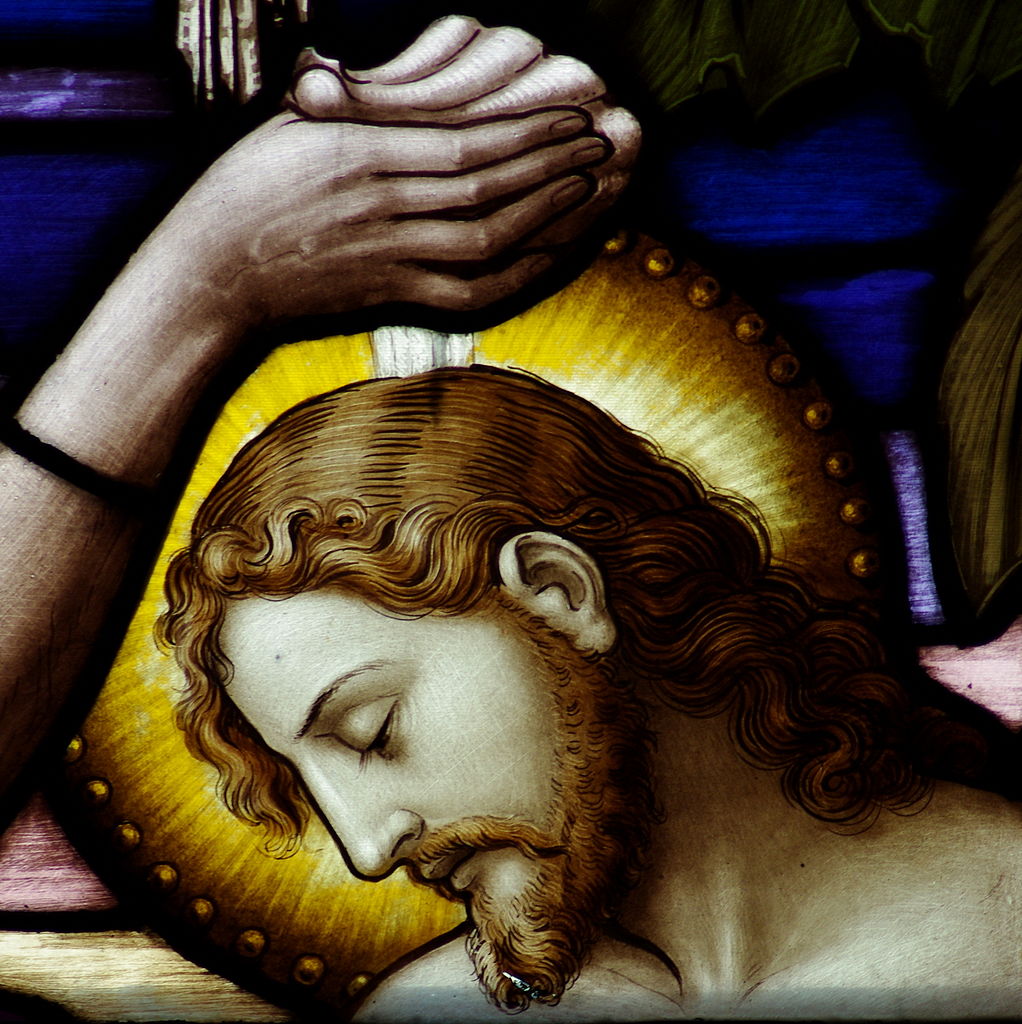 Our editor is also your writer this week. We leave it to him to let you know what you’re in for.

The classic calendar of the Western Church invites those who follow it spend the first Sunday after Epiphany reflecting on the Baptism of our Lord. That’s set to happen three days from now. A tongue-in-cheek liturgical onlooker might well refer to this annual event as Bemusement Sunday, head-scratching featured heavily as Gesture of the Day. Really, why should anyone be obliged to pay attention to Jesus’ baptism? Why care that it happened? What has it to do with anyone today? One guesses that in the multitude of churches untethered from the older ways of organizing our exposure to God’s Word the episode never comes up. Why should it? What preacher intent on inculcating the duties and perquisites of the righteous—every preacher’s defining job, as too many would say—would pause to bother with it?

Or to put the matter in terms familiar to regular Crossings readers, why and how can Jesus’ baptism be Gospel, as in God’s good news for you and me to hear and exult in?

My first bout of serious engagement with this question happened thirty-five years ago at the Melanesian Institute, an ecumenical thinktank in the Papua New Guinean town of Goroka. My wife and I were there for a two-week orientation course for expatriate missionaries. Our 40 or 50 companions, both lay and ordained, included Lutherans, Catholics and Anglicans, perhaps a Methodist or two. They hailed from an assortment of countries. The Irish and Poles stand out in my memory, along with a hefty dollop of the usual suspects from Australia and the U.S. Early in the proceedings someone asked for volunteers to lead morning devotions. I put my hand up and drew the short straw, the text assigned being Matthew 3:7-17. I went to work and came up with the brief reflection appended below.

I presume to pass this along in the conviction that each of us is a missionary of one kind or another, ineluctably caught in representing Christ to people of cultures we find strange and opaque. Think about it: how much do middle-class Americans grasp about the habits and assumptions of poverty-class Americans, as in the semi-scruffy types who staff the counter for minimum pay at the corner convenience store? Or if I’m one of those folks behind the counter and am baptized to boot, how do I communicate with the toffs arrayed in suits and fancy English who trespass on my turf from time to time? Again, two groups, between which some obvious gulfs are fixed: how ready are members of either to listen and talk to people on the other side with a genuine sympathy that eschews stereotypes and fosters understanding? And now compound this particular stew with the more obvious divisions of race, language, religion and political inclination, all of which are as rife in America as anywhere else. How do I cut through such things to pass along an honest hope in Christ to someone who could use it? Or if I don’t, what then?

My point is that bearers of the missional vocation on this 21st century American side of the vast Pacific face challenges eerily similar to the ones a few of us grappled with in other-worldly Goroka so long ago. Hence my nerve in sharing with you what I shared with them through that devotional assignment. Some Gospel tumbled out as I wrangled with the text. I found it refreshing. You might too.

A Devotion at the Melanesian Institute, Goroka

And so the mystery deepens. The Son of God, already found in human form, refuses to let well enough alone. He ups the ante, so to speak, from a oneness with us in our human flesh to a oneness with us in our sinful flesh; and he does this by insisting that he be baptized with a baptism which, by any possible definition, is a baptism for sinners only. The sinless one becomes, by definition if not in fact, a sinner. Guilty by association; one with us to the point of being one of us. Behold, the mystery of the sinless sinner.

It must come then as big news when, moments after the deed is done, the Father proclaims that this is and remains his beloved So with whom he is well pleased. For now it is one of us the Father is speaking about. But if he can say this about one of us, might it be the case that he could say the same about all of us?

Not only might it be the case: it had better be the case. For if it is not the case that we—and here I mean not the general “we” of the human race but the specific “we” of those sitting in this room at this moment—if it is not the case that we are the Father’s beloved children, then we are lost, and without hope. For we, like John, have been commanded by our Lord to proclaim his Oneness with sinners, and specifically with sinners in this place, of whom the vast majority are Melanesian as most of us are not. But again like John, we are hardly worthy of the task. Nor is our unworthiness simply a matter—as if such matters could be simple—of our individual predilections to sloth, cowardice, impatience, vanity, fear, and what have you.

If we learned nothing else last week, surely we all picked up on at least this much: that in our work in this place we are inexorably fated to make a mess of it somewhere along the line, if we haven’t already. And therein lies the real dilemma: how can the newly transplanted tree with its roots in foreign soil possibly bear anything but lousy fruit? What then does one do in the face of the Master’s unequivocal demand for good fruit? Like those paragons of virtue and industry, the Pharisees, do we plead our ecclesiastical backgrounds and our good intentions? Or like the fellow in the parable who was given the single talent, do we rightly assess the impossibility of giving satisfaction, turn tail, and run? In either case the divine verdict is inescapable: Asua bilong yupela—”Your fault!”. Damned if we do, damned if we don’t.

But this is exactly the point at which the mystery of the sinless sinner takes on its effective meaning for us. Consider this: that he who established his indisputable kinship with wretchedly inadequate sinners, not only by sharing their baptism, not only by feasting with whores and swindlers, but indeed, by dying the death which only sinners can die: that same Lord Jesus Christ, our brother now in fact and not merely by definition, was raised from the dead. So it is that the judgment of Almighty God becomes clear: Christ’s inherent sinlessness transcends and triumphs over the sinfulness with which he is tainted in us. The final word in his case is not death, but life.

But as he was one of us, so are we one with him: baptized into his death as he was baptized into ours; conversant with him in word and prayer as he was and continues to be conversant with us; frequent guests at his holy feast as he was once the frequent guest at the feasts of sinners. In other words, as he once participated fully in our sinfulness, so we now participate fully in his righteousness. And therein lies the promise: that the ultimate verdict on him, the sinless one, will likewise be the final verdict on us, the sinful saints.

From the sureness of this hope comes the courage to spit in the eye of the odds against us in our lives and work in this land, and to get about the Father’s business for which he brought us here, the task of calling all his wayward yet still beloved children home.

May the empowering grace of our Lord Jesus Christ be with us all.