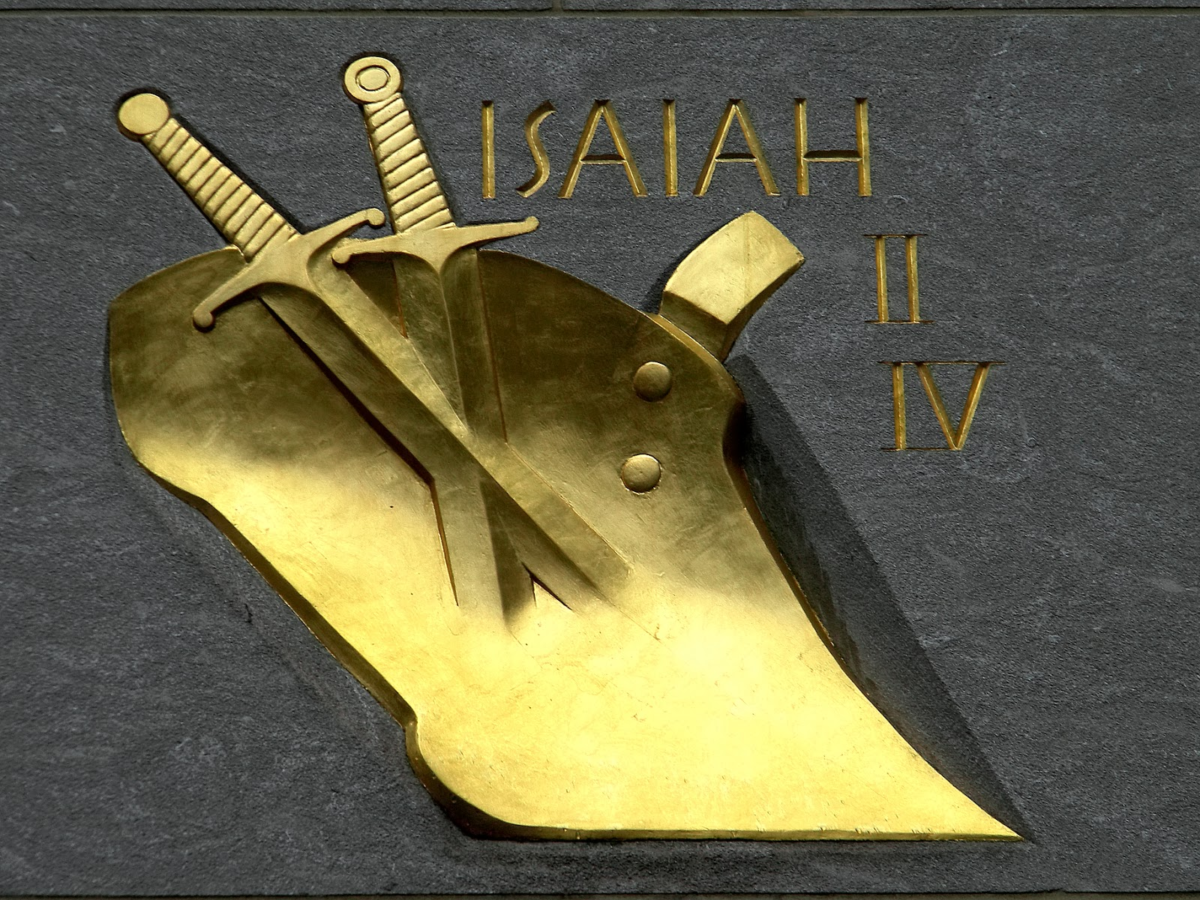 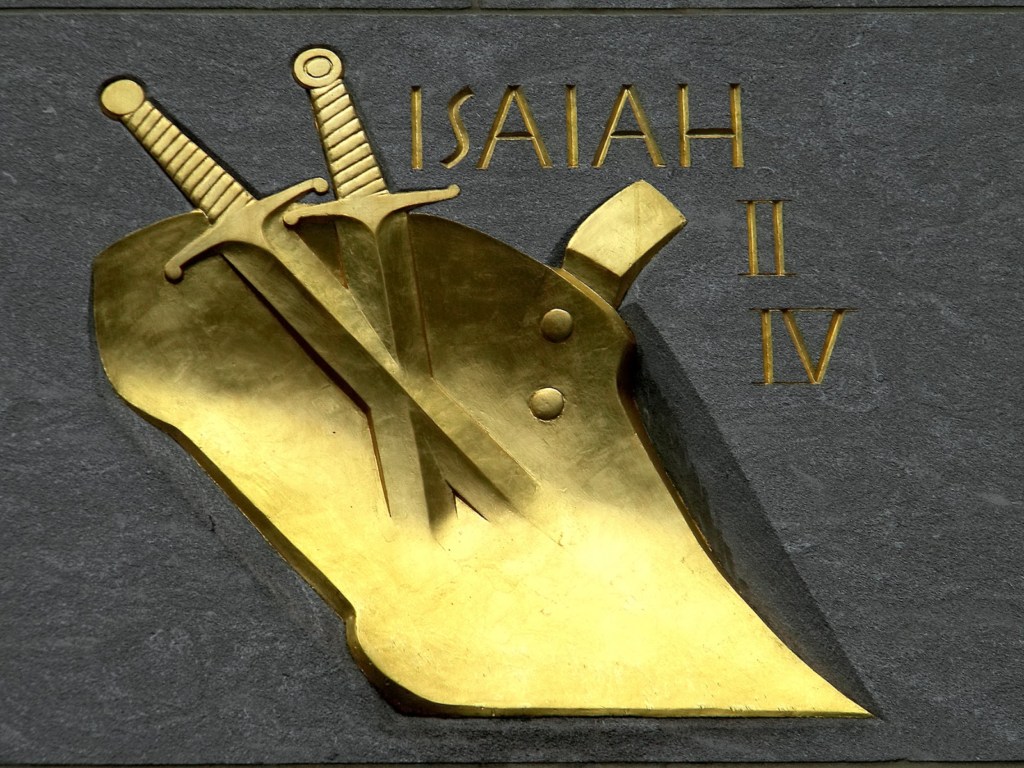 Lent is less than a week away. With that in mind we send you some homework for a Lenten assignment. It’s a rerun in two parts—half this week, half next—of an eighteen year old essay by Ed Schroeder that invites some repentance, as in “rethinking,” a “re-forming of the mind.” Metanoia in Greek. As when God “repented of the evil” that he had thought to unleash on his people as they danced around the golden calf (Ex. 32:14, KJV, RSV; cf. Jonah 3:10, same versions).

Speaking of things bovine: Ed pokes in this essay at an idea that enjoys sacred-cow status in left-leaning Protestant circles these days. What he writes is sure to cause offense, as will we in republishing it. No matter. The Lord we serve was a specialist in upending settled opinion. He still is, his crucifixion notwithstanding.

Which brings us to the Lenten angle, and specifically to the question that Lent pushes us to revisit in depth year after year. Why was Jesus crucified? What project did God have in mind when he dispatched his Christ to that fate? These are precisely the questions that Ed tackles here, with Luther framing the argument. We expect that what he says would provoke some lively discussion within our own Crossings circles these days. For your part, we urge you to chew on it this Lent. If so inclined, let us know what you think—or catch yourself re-thinking—via a note to our editor, Jerry Burce.

More on this topic, we hope, as the season goes by.

When did that doublet, peace and justice, become such an automatic mantra in Christian rhetoric? When did it become so p.c.? And why? Concretely, what are we praying for when we mention the doublet? Did Jesus ever designate his own ministry as peace and justice? And if not, why not?

My thesis is: The ministry of the Mangered Messiah was NOT the ministry of peace and justice that this mantra invokes these days.

Here’s some support for the thesis. What folks seem to have in mind when commending “peace and justice,” is (to use Luther’s Biblical imagery) assigned by God to his agents of the left hand. The godly agenda of these left-hand agents is civil righteousness in God’s old creation. Though peace and justice are indeed good and godly, they are not assigned to Jesus at all. To stick with Luther’s image of the ambidextrous deity, Jesus is God’s right-hand man. His assignment is God’s right-hand task that none of God’s left-handers ever did fulfill, nor could fulfill. In Christ God was reconciling the world to himself—a.k.a. getting sinners forgiven. As God’s original, only-begotten, right-hander, it’s no surprise that after fulfilling his assignment he now “sits at the right hand of God the Father almighty” with authorization to be on the bench on Judgment Day.

I don’t know how to research the question: “WHEN did this peace-and-justice combo become the p.c. language for Christian action, for Christian prayer?” I know it wasn’t around when I was a kid. So I’ll go with some hunches. It became vogue when the notion of the Kingdom of God moved away from its native focus (in the New Testament) on God’s promise in Christ to forgive sinners, and came to be understood as God’s program for world renewal. The self-understood referents for peace and justice—as I listen to contemporary religious rhetoric—is for a world where folks live without warfare, where swords become plowshares, and where equitable justice reigns among peoples. Here’s my crass claim: Never once does any New Testament text predicate that agenda to Jesus. His job is to get sinners forgiven, get lost children back to their Father, get the task of God-sinner reconciliation done. Jesus’ job is “God-relations.” The peace and justice mantra is all about “human relations.” God-relations is Jesus’ full-time job. He dedicates his entire life to it. Key word is promise, not program.

Not too long ago one of you dear colleagues, a guest writer for ThTh postings in the past, suggested that I was possibly “stuck” on the God-sinner reconciliation agenda and not framing the Kingdom of God broadly enough. You told me: “The promises of the coming kingdom in the prophets are much more than forgiveness; they also are about abundant food, water in the wilderness, the liberation of slaves and exiles, healing of the lame, blind, and deaf, coming home to one’s land and occupation, and peace between peoples.” 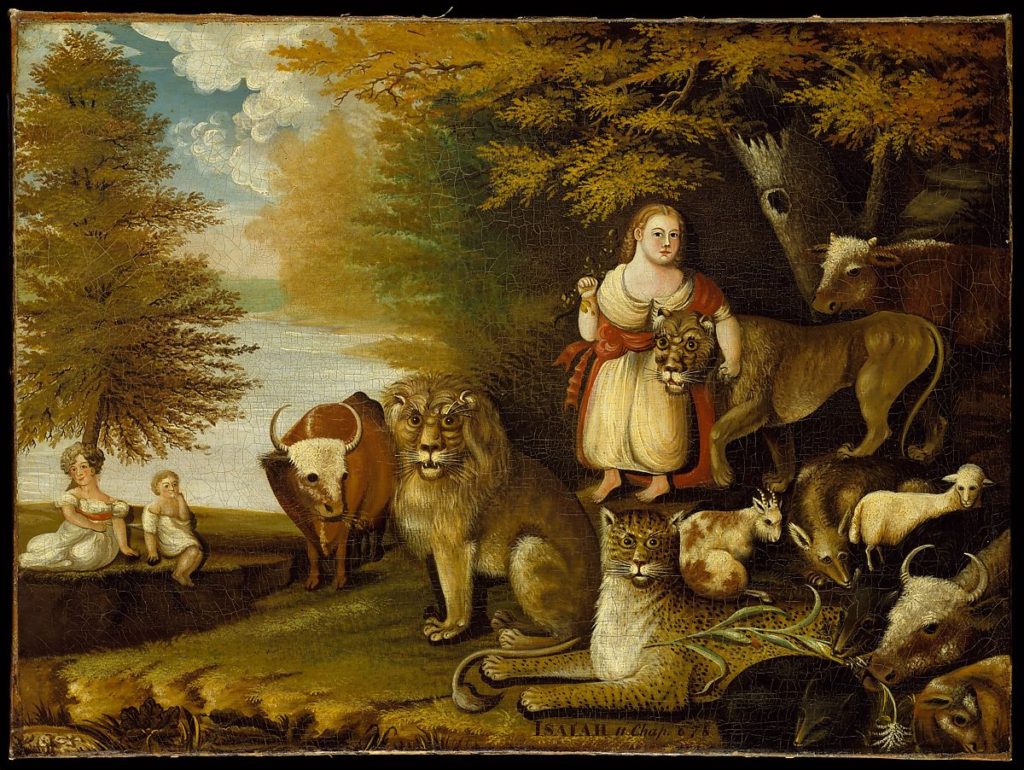 Which prompted this reply: 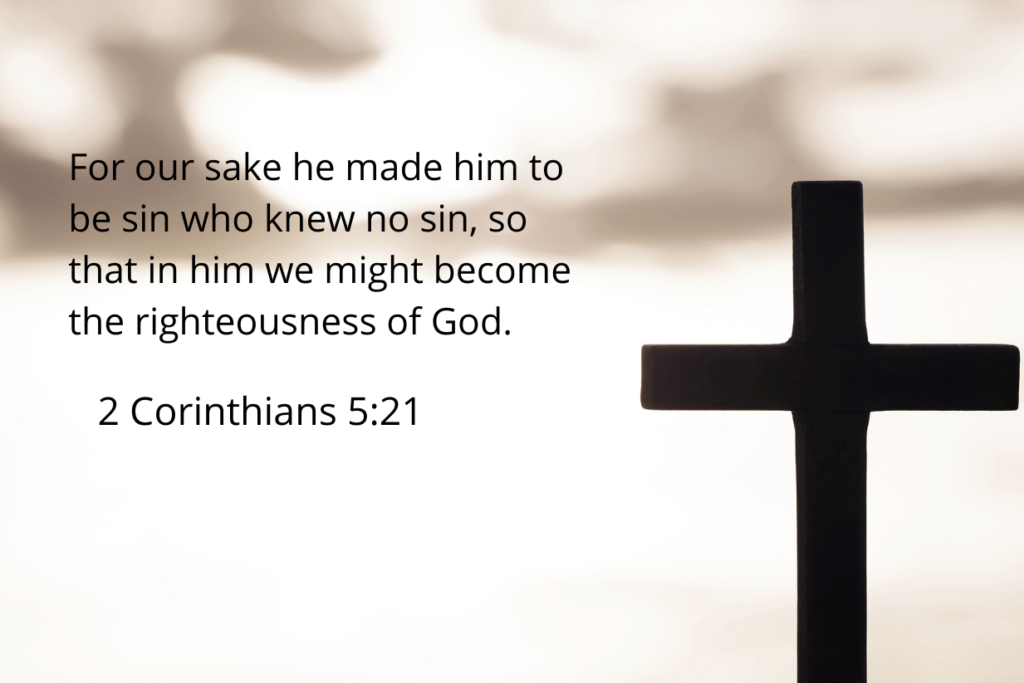 To which I replied: Couldn’t disagree more with your last sentence. We must make distinctions. (That’s a Lutheran mantra!) All that great good stuff by these great people is God’s good left-hand work. None of it is ever assigned to the Incarnate Logos as his agenda according to the New Testament gospels. I’m reminded of one specific text, Luke 12:13. Jesus gets asked to adjudicate a legal conflict between two brothers. He opts out. “Not my job,” he says. “Friend, who set me to be a judge or arbitrator over you?” And if he did speak a second sentence, it might have been: “My Father has assigned such peace and justice work to other agents. I’m on a different assignment—to help both you guys become rich toward God.” Those last three words conclude the parable that follows. Jesus’ work is God-relations. God’s southpaws work in human-relations. If Jesus refuses to take on the ministry of left-hand peace and justice, who “sets us” to rewrite his assignment?

This is not to say these heroes should not have done it. Nor to denigrate their great efforts—and benefits. Rather to rejoice that in these instances—even if just for a while, the “care” part of the offertory collect about “care and redemption of all that you God have made” did actually happen. But then to go on to say that even with such courageous left-hand work, the Kingdom Christ brings did not show up there. It does not, it cannot, appear through God’s left-hand agencies. Only one agency brings that kingdom, God’s NEW management systems for sinners, viz., “That repentance and forgiveness of sins be preached in his name.” And when that agency elicits a trust-response, THERE the Kingdom comes that Christ was sent to effect. It’s also in the Johannine “great commission” (Jn. 20:21ff.)—”As the Father sent me, so send I you. If you forgive the sins of any, for them God’s forgiveness happens! And if you, or somebody else, doesn’t do it, it never happens.”