An Unremarkable Excursion with a Remarkable Finale

1 When they were approaching Jerusalem, at Bethphage and Bethany, near the Mount of Olives, he sent two of his disciples. 2 and said to them, “Go into the village ahead of you, and immediately as you enter it, you will find tied there a colt that has never been ridden; untie it and bring it. 3 If anyone says to you, ‘Why are you doing this?’ just say this, ‘The Lord needs it and will send it back here immediately.’” 4 They went away and found a colt tied near a door, outside in the street. As they were untying it, 5 some of the bystanders said to them, “What are you doing, untying the colt?” 6 They told them what Jesus had said; and they allowed them to take it. 7 Then they brought the colt to Jesus and threw their cloaks on it; and he sat on it. 8 Many people spread their cloaks on the road, and others spread leafy branches that they had cut in the fields. 9 Then those who went ahead and those who followed were shouting, “Hosanna! Blessed is the one who comes in the name of the Lord! 10 Blessed is the coming kingdom of our ancestor David! Hosanna in the highest heaven!” 11 Then he entered Jerusalem and went into the temple; and when he had looked around at everything, as it was already late, he went out to Bethany with the twelve.

Writer’s Note: When doctors tell each other a patient is “unremarkable” they mean the person has no noteworthy health issues to “remark” about. That is the meaning I am using here. My thanks to Fred Niedner and Mark Allen Powell for their insights into the Gospel of Mark.

Jesus and his disciples go to Jerusalem for a festival along with other pilgrims singing the prescribed psalms of ascent, “Hosanna! Blessed is the one who comes in the name of the Lord!” Apparently, (at least in Mark), the crowds are not necessarily singing about him–since they don’t even notice him! When he arrives, he makes a quick excursion to the temple, looks around a bit, and then goes to Bethany (maybe for supper.).

Husband and Wife: “Life is good. Thank you, Lord, for all our blessings. Please keep them coming.”

The crowd fails to recognize Jesus because they are on the lookout for a new “Son of David” who will kick the Roman occupiers out of their country and establish a new Davidic kingdom. Obviously, Jesus is by no stretch of the imagination that kind of warrior-hero, so he is unremarkable to them.

Husband and Wife: “Heavenly Father, a calamity has struck: Sue has just been diagnosed with Stage 4 cancer, and doctors are already suggesting hospice care. We don’t accept that. We want, we trust you, to work a miracle here. We know you can save Susan. We NEED you to come down into our lives right now and make that cancer go away! Remember, O God, how devoted and faithful we have been to you—church-goers our entire lives.”

Many days after that unremarkable walk-about-Jerusalem excursion, Jesus makes a second excursion, this time all alone to a cross, where he is brutally crucified. His “disciples” have all deserted him and he dies an inglorious, gruesome death, sighing, “my God, my God, why have you abandoned me?” (Mark 15:34). Bystanders dryly observe: “He saved others, but he can’t save himself” (Mark 15:31). We cry the same cry of abandonment when our miracle-wielding gods let us down, abandon us, and we die.

Husband: “God, how could you let Sue die today, on Good Friday? I can’t believe you didn’t heal her! Now, I’m desperately alone. Did I/we deserve this? Is this your judgment? Well, it’s hell. I am outraged … at you!” 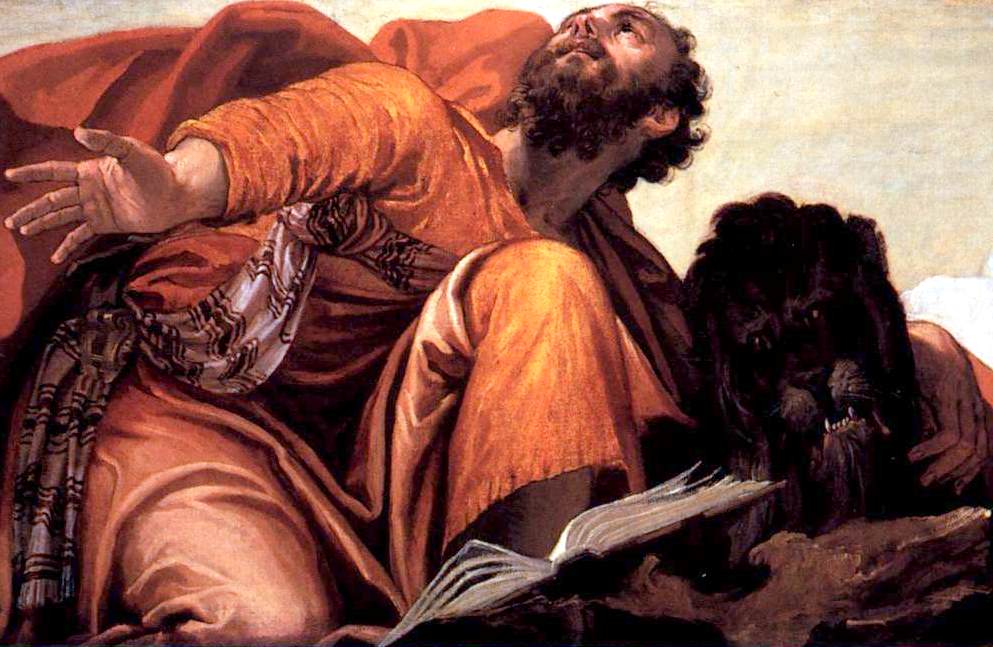 Three times, Mark has recorded God ripping the heavens open and coming down to establish his reign on earth to save humankind. The third “ripping” happens when Jesus dies, and the temple curtain is ripped in half. In these simultaneous events, God joins Godself to all human suffering and dying. With Jesus’ resurrection suffering and dying is outdone by life!

Wife: “Gasp, they’re putting me in a coffin. But what’s this? It’s crowded! Someone is already here! Why, it’s Jesus! Why are you here? Because you love me? Seriously? Hey, where are we going?”

Husband: “It’s Easter morning and it feels like everything has changed—at least inside me. In church, we celebrated Jesus’ resurrection. For the first time it’s sinking in: Jesus is not dead. He’s alive. He’s here at work in the world. Here, with me. He defeated death—not just his own, but my death and Susan’s too.”

God’s reign has begun: Jesus is back in Galilee (in the world), healing the sick, raising the dead, calming the storms. Just “come to me,” he calls, “You can trust me.” We can depend on the one who died, and rose, just as he promised. He is, after all the One on whom all things in heaven and earth depend.

Wife: “Our pastor visited yesterday (before I died) and we shared the Eucharist. Before we began, I told him how guilty I felt. I was sure I hadn’t been good enough, that I had failed God. Pastor responded that God’s forgiveness doesn’t depend on what I could offer God, it’s free to everyone. It’s not about what I’ve done; it depends on what Jesus has already accomplished on the cross. So I let that whole failure thing go, and died trusting that Jesus would handle my dying.”

Husband: “I understand now that all my life, all I expected out of you was to be a miracle-worker for me/us. I thought I could snap my fingers to dictate outcomes. Now I understand that you’re not that kind of God. I regret terribly how wrong I was, and I implore you to forgive me. I now know—and trust—that you, Jesus, came to handle our living and our dying. I find great comfort in knowing that Susan is in your care.”

Jesus’ disciples return to Galilee and start telling the world about Jesus. To play on Gospel-writer Mark’s original theme, They begin to share “the beginning of the good news of Jesus Christ, the Son of God.” They invite others into a world turned upside down by Jesus the Son.

Husband: “This grief has been hard, but I have so much to share with others about what I’ve learned about my faith. Jesus has been with me through this rocky time. And that gives me a reason to keep going. I want everyone to know about his love and mercy. ‘Jesus promised he’d get us through this life,’ I say. ‘He’s been with me through Susan’s death. And, friend, he promises to be with you too!’”