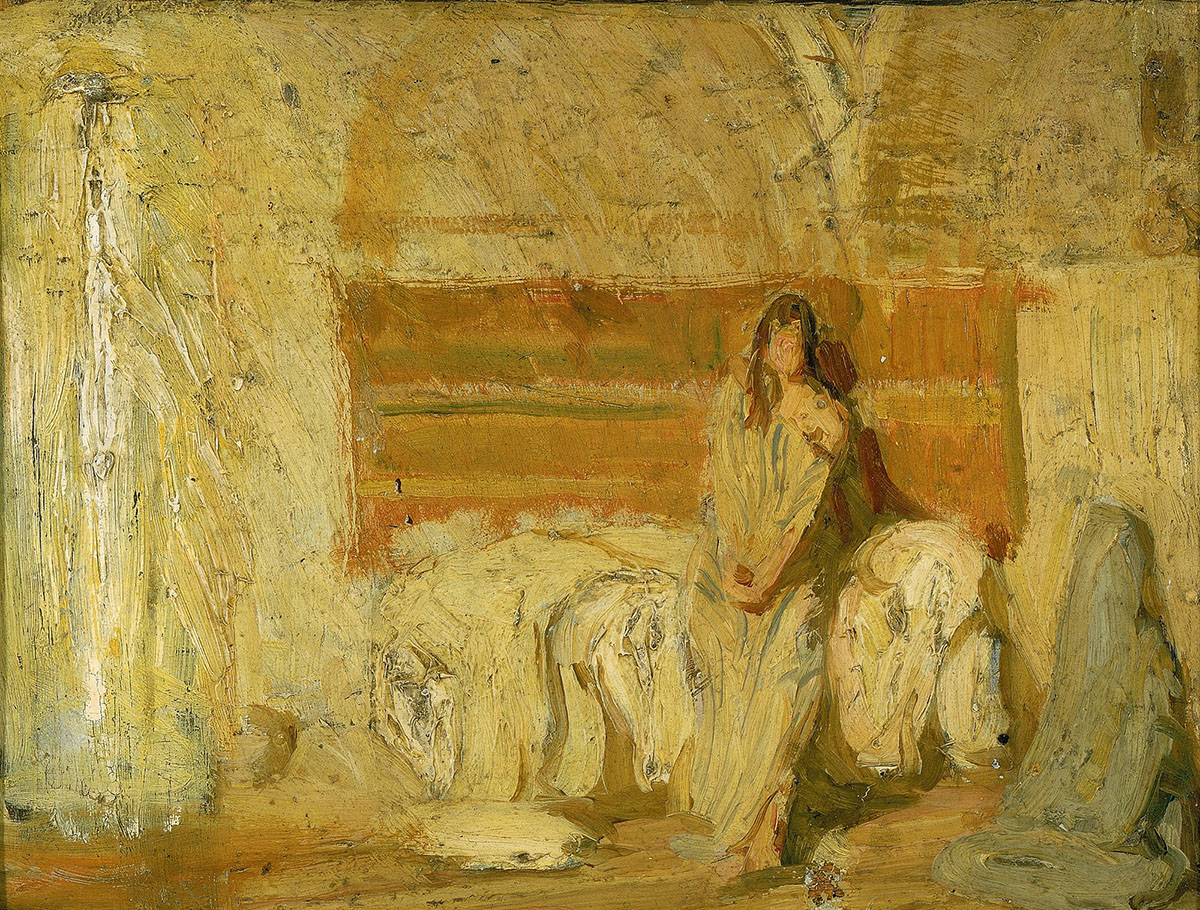 SEIZED BY THE LORD WHO IS “WITH YOU”

Luke 1:26-38
26 In the sixth month the angel Gabriel was sent by God to a town in Galilee called Nazareth, 27 to a virgin engaged to a man whose name was Joseph, of the house of David. The virgin’s name was Mary. 28 And he came to her and said, “Greetings, favored one! The Lord is with you.” 29 But she was much perplexed by his words and pondered what sort of greeting this might be. 30 The angel said to her, “Do not be afraid, Mary, for you have found favor with God. 31 And now, you will conceive in your womb and bear a son, and you will name him Jesus. 32 He will be great, and will be called the Son of the Most High, and the Lord God will give to him the throne of his ancestor David. 33 He will reign over the house of Jacob forever, and of his kingdom there will be no end.”
34 Mary said to the angel, “How can this be, since I am a virgin?”
35 The angel said to her, “The Holy Spirit will come upon you, and the power of the Most High will overshadow you; therefore the child to be born will be holy; he will be called Son of God. 36 And now, your relative Elizabeth in her old age has also conceived a son; and this is the sixth month for her who was said to be barren. 37 For nothing will be impossible with God.”
38 Then Mary said, “Here am I, the servant of the Lord; let it be with me according to your word.” Then the angel departed from her.

Mary stands or sits where many a prophet has before her, as the solitary audience and receiver of a promise that God would use her for a purpose not only life-altering but world-changing. She will bear a child who will not only restore the dignity of her oppressed people, but, if you know the code behind her kinfolks’ David-talk, this child will establish the eternal, peaceable kingdom as well. She is perplexed, however, more afraid than joyful. All she can see for now is impossibility and the hand in front of her face, in this case, “the pregnancy problem.” Her initial response to the angel carries a hint of ancient Sarai’s laughter. Dream on about the eternal kingdom, Gabriel, but you promise the plainly impossible. For starters, you must overcome some simple biology. (Do you angel-types know about the birds and bees?) Besides, I know that if I close my eyes for a few moments, you’ll be gone, along with all your crazy talk, and I’ll go back to dreaming my small dreams—just getting through the day, finding enough to eat, pondering my future life with Joseph in Nazareth, a village that matters not a whit in anyone’s kingdom.

Step 2: Advanced Diagnosis (Internal Problem): Sorry, I Don’t Have It in Me

Frankly, Gabriel, it’s not merely your reproductive technology I mistrust. Your big promise is preposterous. Do you know how long we have waited for “the kingdom of David” to rise again? And have you noticed that every time someone promises to Make Israel Great Again all hell breaks loose, and soon we can’t tell our friends from our enemies? Now, on top of that, you promise an eternity of such goings on. I cannot believe you. You don’t have it in you. More importantly, neither do I. The peaceable kingdom may be many things, but it’s not something I could design, and nor is it something that could come forth kicking and screaming and bloody from between my legs, and grow into someone who could somehow re-tune the hearts of humankind and reorder the cosmos. Nazareth, maybe. For a day or two. But the world? Forever? LOL.

Step 3: Final Diagnosis (Eternal Problem): Arrested, No Longer Our Own

Here in Nazareth, Gabriel, we live and die with our small dreams. Indeed, we have learned the hard way that hopes and expectations are merely resentments in the making. Don’t tease us. We have all learned the truth of what Solomon, the great David’s son, wrote: “What do mortals get from all the toil and strain with which they toil under the sun? For all their days are full of pain, and their work is a vexation; even at night their minds do not rest. This also is vanity. There is nothing better for mortals than to eat and drink and find enjoyment in their toil. This also, I saw, is from the hand of God.” Let me be, Gabriel. Don’t make my life into a joke, scandal, or sorry spectacle. And in case you think I didn’t catch it, I know the meaning of your word for “conceiving” in my womb. It means “arrested, seized, taken into custody,” and not for some pleasure cruise. If you must have your way with me, just let me die. Now. 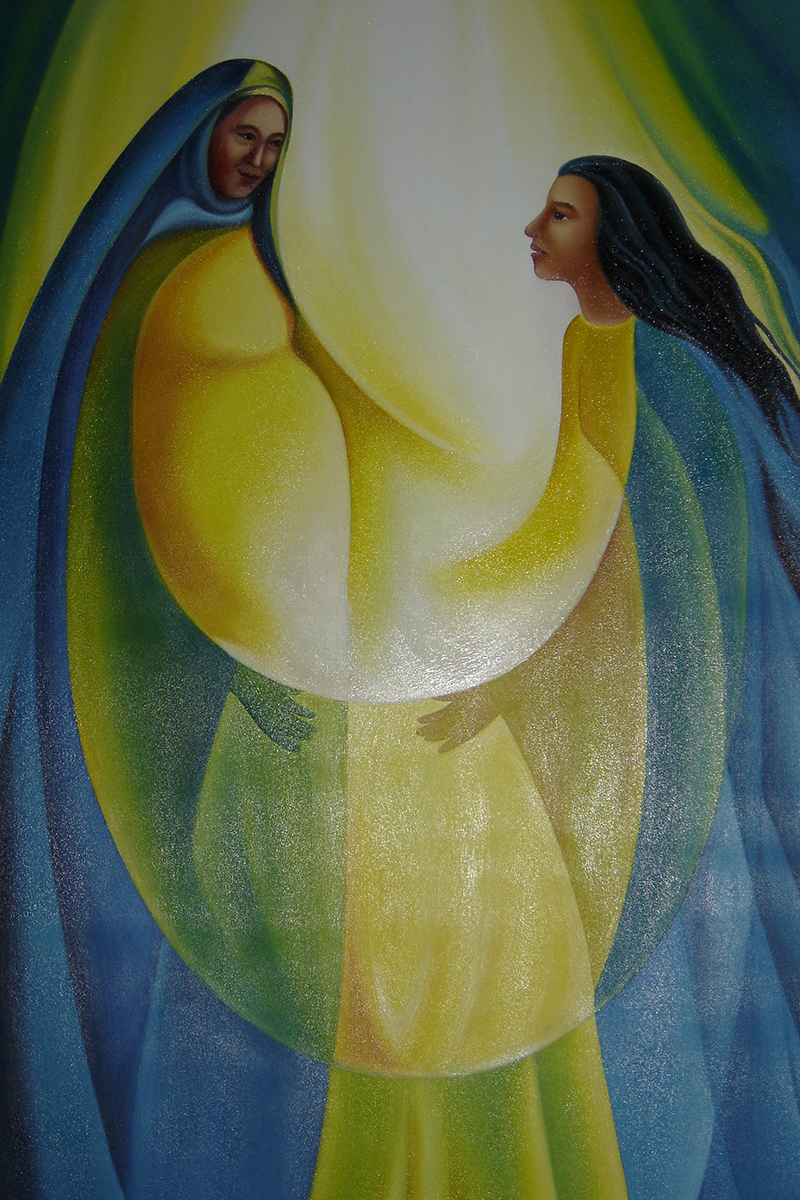 Gabriel had recently met similar resistance from crotchety old Zechariah who, along with Elizabeth, also had reproductive issues. So, once more the princely angel had no choice but to sing the called one into faithfulness and trust (with couplets borrowed from a poem later known as Psalm 91), hoping like crazy this young woman would accept the proposal. Mary did, with a phrase common to several old prophets’ ultimate submission: “Hinneni,” goes the line in Hebrew. “Here I am.” Or in Greek, “Behold, me.” Or as we say these days, “Whatever.” I’m all yours now. And with that she was seized, her flesh and blood and life-story no longer her own, as was also the case with the child she would push from her body into the world. He, too, was always about someone else’s business, not his own, and ultimately arrested, taken into custody, and of all things, pronounced the King of the Jews, a true “son of David,” enthroned upon an executioner’s obscene machine, with a solitary loyal lieutenant to salute him as he died singing a bedtime prayer his mother had taught him, an old psalm-verse Jewish moms taught their babes like we teach, “Now I lay me down to sleep . . .”

The way the story goes, the hands into which Jesus rested his life held and kept him and his spirit, and then restored his life and sent him back out into the world to continue his unique kind of “ruling,” embedded now in the flesh and blood of all of us who have died with him in baptism, learned his songs from our mothers and fathers and teachers, and thanks to the same Spirit that “came upon” Mary and declared Jesus “son of God,” have those songs as signs that the one who sent Gabriel clings to us tightly even in the moments when we can’t keep our grip on all those seemingly dreamy promises. When confronted with a summons at some crossroad, we hear Gabriel singing somewhere in the distance, and we say, “Here am I, send me.”

Step 6: Final Prognosis (External Solution): On the Road with Mary and Her Child

Like Mary, we now find our lives by losing them, letting go of ourselves so that arrested by the Spirit, we might become shelter for the exposed, food for the hungry, companion for the lonely, or even a real-live womb for someone not yet ready to be pushed out into the world and its battles. Here, in the time of a politicized pandemic, this means following Jesus out from Luke’s delightful Birth Narrative operetta onto the road of daily cross-bearing. There we will see battered, half-dead souls in the ditch, maybe wearing red baseball caps or perhaps BLM t-shirts. We’ll not pass by despite the dangers and the curses of righteous on-lookers. We are Samaritans, after all, baptismally washed and fresh from some cruciform ditch ourselves. We will spend ourselves on kindness, doing the best we can. When all else fails, we will sing. We have a remarkable repertoire. Rumor has it that’s part of what keeps the “eternal kingdom” eternal.