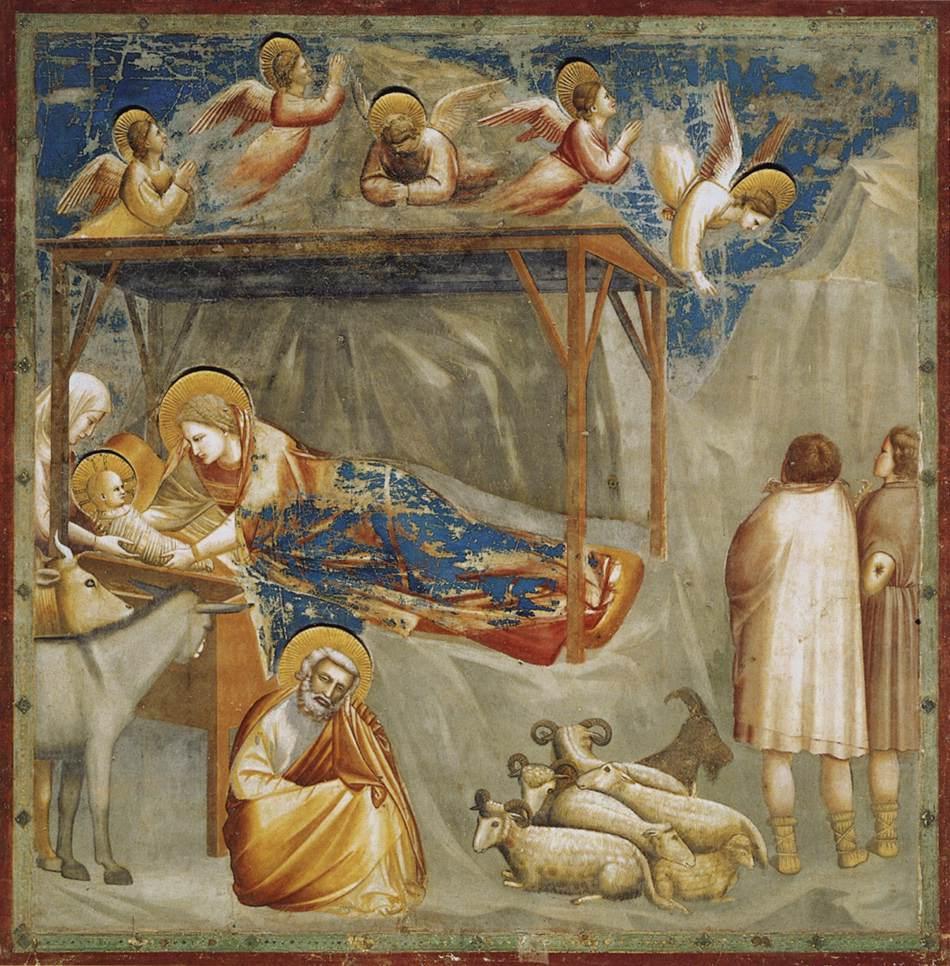 He has done it before. He does it again. Our editor passes along some lingering thoughts as a major season of the church year draws to a close. A dollop of Luther comes with it. A bit of Bach too, for that matter.

On this Eleventh Day of Christmas—

Some Christmas Leftovers
by Jerome Burce

For the first time in thirty-four years I wasn’t called on to preach a sermon this Christmas. “Thank God he’s retired,” said some people near and dear.

This didn’t keep me from rummaging around in Christmas texts, whether with colleagues via Zoom or in the quiet of my study. The ones I spent time with came from Luke, Luther, and Bach.

Luke’s was the familiar one that gets read in most every church the world over on Christmas Eve. I’ve known it by heart in the King James Version since I was a boy, appearing year after year in those Christmas programs that used to be featured in Missouri Synod elementary schools. They were built around the recitation—mere reading? Are you kidding?—of key Biblical texts, beginning with Genesis 3:15 (“I will put enmity between thee and the woman,” etc.) and ending with Matthew’s account of the Magi come to Bethlehem. These were interspersed with a hefty mix of standard carols that the children sang in three-part harmony. Such were the days.

(Norman Habel, by the way, is the teacher who would later disabuse of me of reading Genesis 3:15 as the Proto-Evangelium—the first hint of Christ to come—that centuries upon centuries of interpretation, Luther’s included, had cracked it up to be.)

When at last it fell to me to move from pre-Christmas recitation into Christmas Eve preaching, I took to digging behind King James’s lovely English to see what Luke first said in New Testament Greek. From this came a heap of “Aha’s” that sermons were built on.

I learned, for example, that what the shepherds felt when the lights went on in the field they were abiding in was a deal worse than being “sore afraid.” I discovered too that the subsequent sounds in the skies overhead were coming from ranks upon ranks of angelic soldiers. “Sweetly singing o’er the plains,” were they? I’m guessing not. Trumpeting their joyous relief is much more like it.

There were a few bits of this Greek that I didn’t make much of over the years. I stubbed my eye on two of them last month. They got me musing on Christmas sermons I might have preached had other ideas not pushed them aside. 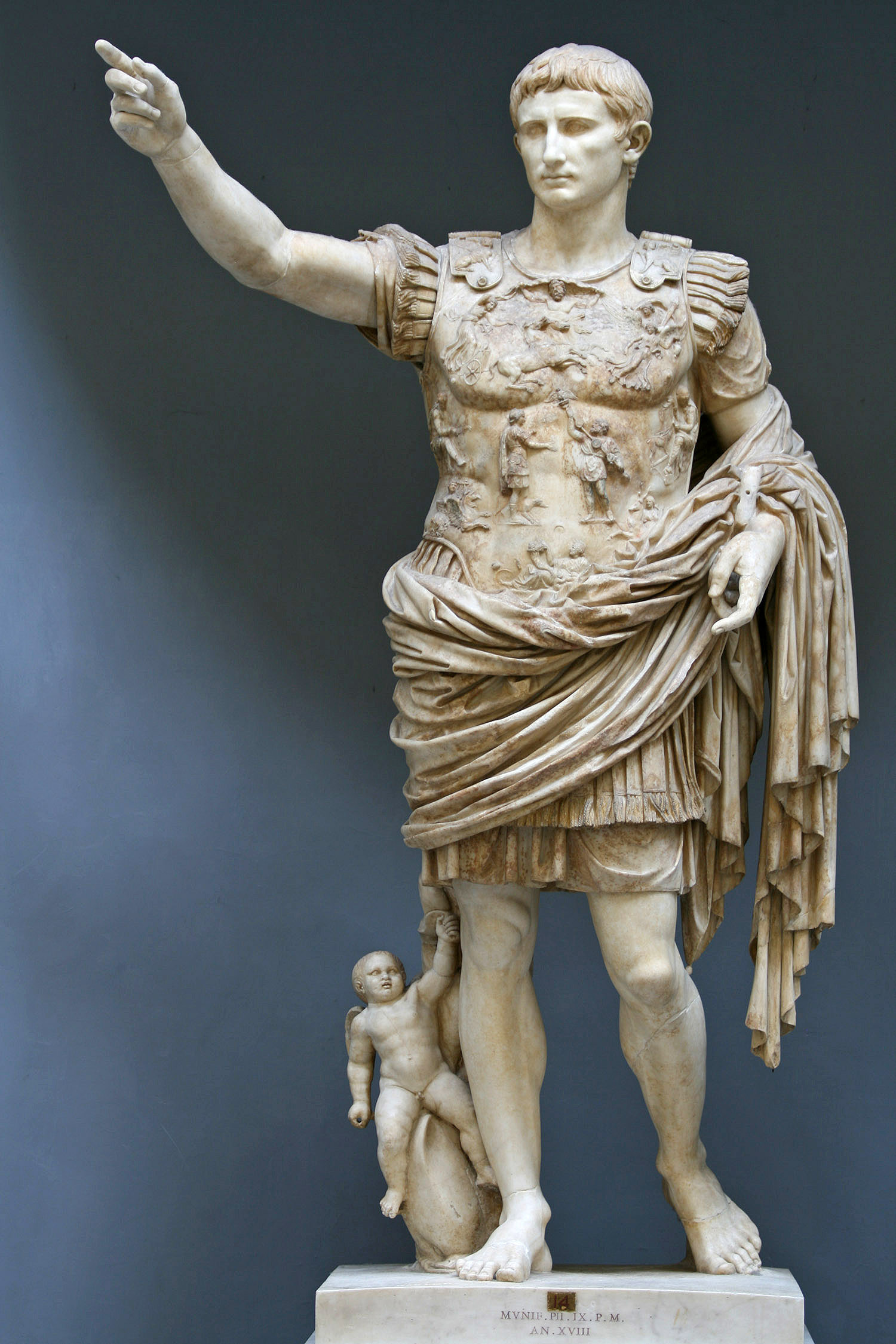 Here’s the first of them. “And it came to pass in those days, that there went out a decree from Caesar Augustus that all the world should be taxed. The Greek behind “decree” is dógma, a word that made a direct jump into English. There it got speedily encrusted with new layers of meaning. In Christian usage we hear it as “doctrine-on-steroids,” as in that which can’t be fiddled with or set aside if you aim to wear the Christian label with any integrity.

As it happens, there is much of this quality in that decree by old Augustus. No fiddling around. No setting aside. That’s why Joseph hauls his pregnant wife to the village of his forebears, he and millions of others in Caesar’s wide world who know a dogma when they hear one. “Do it or else!” “Believe it or else!” Notice how faith is at issue here. There’s no marching off to Bethlehem unless you believe that Caesar means business.

Were this to spark a full-blown Christmas sermon, I think I’d talk about the legions of dogmatic pretenders that infest the wide world we live in now. They come in all manner of guises—political, cultural, economic, religious. Irreligious too. For increasing numbers of Westerners the doctrine of God’s non-existence is the surest dogma of them all. “Buy it or else”—such is the mantra of every would-be Caesar. God for God’s part answers dogma with dogma. “The soul that sinneth, it shall die.” Die we do, all Caesars included. I’d point this out in that putative sermon.

Comes the wonder of Christmas. “And it came to pass in that night that there went out a new decree from God Almighty.” Or, as the preacher might say, a new dogma is suddenly promulgated, hitherto unheard of, beyond our own imagining. The promulgation happens first and definitively through the angels’ song—those legions of angels who are also there to back it up, though not in the way that Caesar’s legions would. Heaven forfend! The new dogma forbids this.

“Glory to God in the highest, and on earth peace, good will toward [humankind].” That’s the dogma. God has a thing for his human creatures, be they shepherds or Caesars or anyone in-between. He wants and expects them to be at peace with each other as he is with them. He’ll make this happen through that impossible baby in the ridiculous manger where no baby should lie. Later, when this Christ is nailed to a cross where no human being should hang, he’ll absorb all the wrath, contempt, and blatant rebellion that people direct toward God, to say nothing of each other. Come Easter night, the first thing God-in-Christ will do is to iterate the new dogma. “Peace be with you,” says he to a little clutch of scared and foolish human beings who deserve anything but.

“So when crabby Uncle George cuts loose at tomorrow’s Christmas dinner, don’t hold back. Heed the dogma. Declare God’s peace in the peace and good will you strive to keep with him.” It’s along such lines that I’d wrap things up, I think. Then I’d point all eyes to the blessed Sacrament as the place where God is making and keeping his peace with us this very night, and this in spite of our reluctance to take his dogma seriously as a way of life.

Christians, of course, have always struggled with this new Christmas dogma. Another bit of Luke’s Greek makes me think the struggle was already underway in Mother Mary’s own heart. That, says the King James English, is where “Mary kept all these things [which were told them by the shepherds] and pondered them….”

Luke’s word, rendered as “pondered,” is a participial form of sumbállo—long “o” at the end. At its most basic it means “toss together.” This suggests another English word: “juggle.”

I won’t presume on your patience right now by imagining another sermon built around this word. I’ll only suggest that “juggling” makes more sense me to here than “pondering. It’s less quiet, more jagged. It suggests more dissonance of the kind that you and I struggle with in our own efforts to grasp the shepherds’ message as a trustworthy description of how things are with us, to say nothing of the world, where God is concerned.

Was Mary at peace with babbling shepherds around her baby’s quasi-cradle that first Christmas night? Was she able to thank God for them? Maybe. Maybe not. It’s not hard at all to imagine her wishing that the gang would promptly push off and let her get some sleep.

It’s worth noting here that Mary all but disappears from Luke’s Gospel after the end of Chapter 2. When she does pop up, she does so namelessly, as the mother of Jesus who, with his brothers, would like to see him, only the crowd is in the way. What she gets from her son that day is a cold brush-off, or so it seems. See Luke 8:19-21. It’s only after the Ascension that Luke mentions her again. He names her too. Mary and the rest of her boys are now keeping company with the apostles in Jerusalem (Acts 1:14). The Christmas penny has finally dropped, post-Easter.

All this suggests that Mary, the first Christian believer—see her response to Gabriel, Luke 1:38—is also the first to struggle with her newfound faith. Here I mean the quite specific faith that God was and is at work in Christ to reconcile the world to himself. That’s how Paul puts it to the Corinthians in the second of his letters to them. They too have been juggling dogmas back and forth, the old and the new. God’s law and God’s gospel, as Lutherans tend to say. On the one hand, you get what you deserve, as does your neighbor. On the other, you get what Christ deserves, and again, so does your neighbor. On the one hand the final word is “same old, same old.” On the other the final word is “new creation,” with you and neighbor alike included in this to God’s boundless delight. To your delight too when at last the shadows have lifted.

One facet of the Gospel—under-told, too little appreciated—is God’s fierce determination to keep his Christmas peace with us no matter how feebly we believe in it or how badly we botch it. I pray that whoever is preaching this year will underscore this again and again with the juggling hearts they’re talking to. Then let them preach Christ in a way that tamps the juggling down and fosters God’s peace. “Come, Holy Spirit, and make it so.” 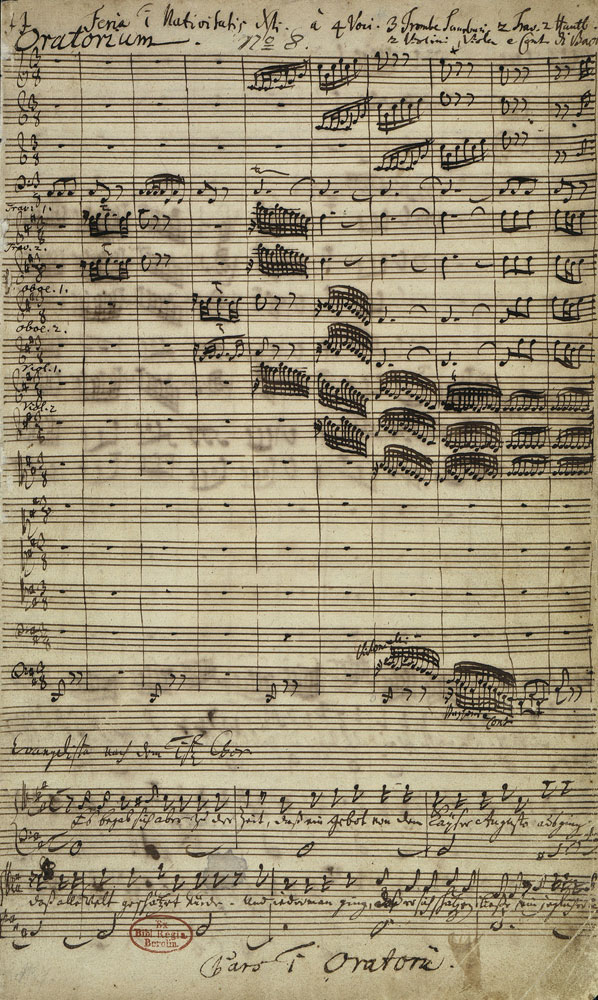 I spoke at the start of having looked at texts from Luther and Bach this Christmas. From Luther comes an unusual analogy you might enjoy. It has to do with what

happens—what is bound to happen, in fact—when the internal juggling dies down somewhat, and a person starts trusting the Gospel more strongly than she did. The quote comes, by the way, from Luther’s treatment of the Gospel for Christmas Day, John 1:1-14, in his Church Postil. See Volume 52 of Luther’s Works, page 79. Persons sensitive to pronouns will need to grit their teeth—graciously, God grant. The translation comes from the old unhappy era of pronominal insensitivity, for which all one can do is to echo God’s forgiveness.

“Wherever the will goes, there love and desire follow. The whole man must crawl into the gospel and become new. He must shed his old skin as does the snake. When the snake’s skin becomes old, it looks for a narrow hole in the rock, crawls into it, sheds its skin, and lets it lie outside in front of the hole. In like manner must man enter into the gospel and the word of God, must boldly believe its promise that God does not lie; in doing so he sheds his old skin and leaves lying outside his [own] light, his conceit, his will, his love, his desire, his words, his deeds. Then he becomes completely different, a new being who looks at all things differently from the former way. He judges and considers differently, think, wills, speaks, loves differently, desires, performs and behaves differently.”

God deck all God’s snakes in such new skins as the new year unfolds.

And now from Bach, whose six cantatas of the Christmas Oratorio are rich with prayers for faith in God’s new Christmas dogma of peace on earth, good will toward all. Here are two such prayers from the fourth cantata, transmitted in English that can’t do justice to the German—

“I want to live only to honor you, my Savior. Give me power and courage so that my heart is eager to do this. Strengthen me to exalt your name worthily, and with thanks.”

“Jesus, order my beginning.
Jesus, stay with me always.
Jesus, control my mind.
Jesus, be my only desire.
Jesus, be in my thoughts.
Jesus, don’t let me waver.”