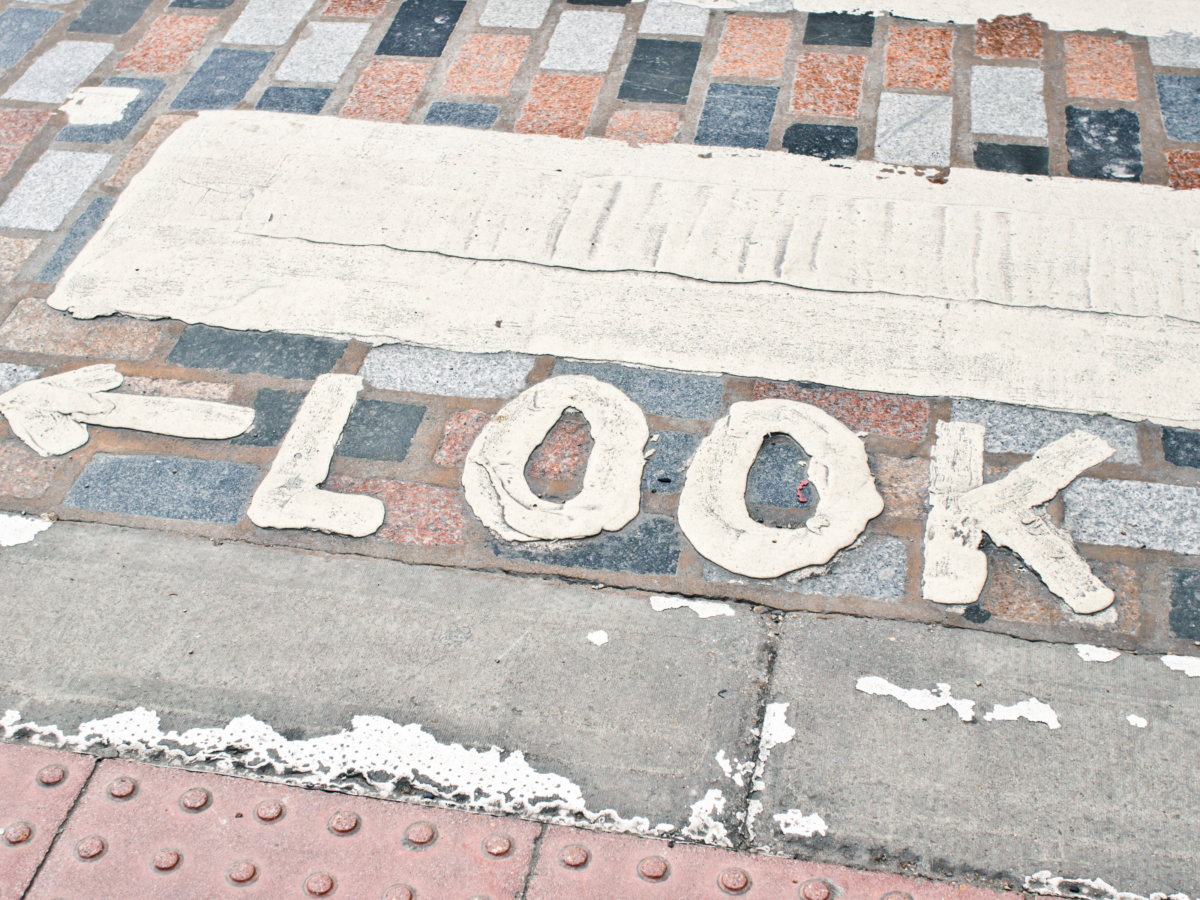 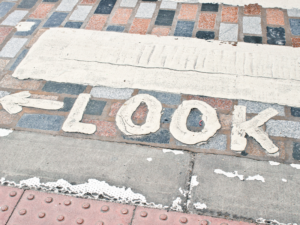 We have two items for you this week.

The first, by Matt Metevelis, is a year-and-a-half old. We found it on his Facebook page at the end of July in 2021. Our thanks for his permission to share it with you. It’s one of the most succinct and bracing reflections on Word and Sacrament ministry that we’ve ever run across. Matt will talk about the Sermon on the Mount at our conference later this month. You still have three days to register if you haven’t yet.

The second item is a reflection on Christ’s Epiphany by Jerry Burce. It might surprise you.

A Pastor’s Confession (of the Augsburg Sort)

On this the Feast of St. James [2021] I celebrate my eleventh year as an ordained minister. It’s the best worst job I ever had. But as my favorite novelist Robert Penn Warren put it, “It’s a kind of pain that I can’t do without.”

But don’t turn too far. You’ll find him sore and crucified at your side, suffering the bony fingers of accusation and cursing that others point at you, and that you turn back on yourself. The devil will do his damnedest to make this all about you. He’s good at this. He’ll do it through the mouths of people you trust and respect. He’ll whisper at you, tickle at you, shout at you. But on every cross he’s nailed you to you’ll meet another scarred hand reaching for yours, telling you “I got here first.” This One will give you the absolution that sets you free and back to work.

If you’re in this thing you quickly learn that love isn’t a magic incantation or idea but a liberating reality that bleeds all over you and the places where you find yourself. You’ll be astounded as that blood plants life and joy in you. Everyone else thinks this life and joy is waiting over a happy horizon. You’ll get it right smack dab in the slog you find yourself in.

Ministry is a horrible job. But once you get a taste for it, you’d empty out everything else you have to do it. I am so thankful to God for those of you who have taught, prayed for, served with, listened to, and shared in Christ with me whether in preaching or in fellowship. I am so thankful to all of you for giving me countless tiny glimpses of the kingdom. Because of you I can’t look away. And because of Christ I have to stay. Where else shall I go? We have the words of eternal life.

(What did you want today? Ordination photos and sunny BS?)

Suddenly we’re in the season of Epiphany—the “Aha!” season, as I’ve often called it, where “Aha!’” is akin to the feeling you get in Northeast Ohio when the sun pops through the persistent cloud cover that makes January a dreary month. I saw some sunlight yesterday. It had been a while. My spirits tingled.

Behind the word “Epiphany” lies the Greek epiphaneia. Fred Danker’s Concise Greek-English Lexicon renders this as an “extraordinary coming into view”—an “appearing” or “appearance” if you want to keep things brief. For the verbal form epiphanein he gives us “shine” or “give light,” as in the kind we get from “heavenly luminaries.” The star the Magi saw is an example of these. Better by far is the Star of Stars that lay concealed in the baby the Magi worshipped. 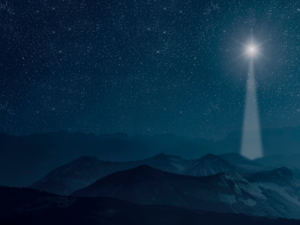 Later this Ultimate Star will twinkle more or less unnoticed beneath the robes of a Galilean upstart as he goes around proclaiming the imminence of God’s kingdom. Still, now and then some rays of light will leak through the seams, so to speak. Matthew’s Gospel, the one we’re appointed to hear from for much of this year, is quick to point this out when it happens. Matthew loves to use an imperative “Look!” the way the compilers of Genesis did. He drops it in the text to grab the hearers’ attention. He does this precisely at those points where Jesus is flashing his divine bona fides as Star of the Cosmic Show (again, so to speak). A colleague pointed out in a pericope study earlier this week that chapters eight and nine of Matthew are especially thick with these “Looks!” So is chapter twelve for that matter. All are in the section that has Jesus marching back and forth across Galilee doing all manner of good and gracious things that God alone is able to pull off. “Look! Heads up! There it is—again! Another glimpse of God in action!”

I, for one, find it somehow outrageous that modern English translations have seen fit to cover most of this up by ignoring Matthew’s idou. That’s “Look!” in New Testament Greek. The old King James used “Behold” and “Lo.” It peppered Matthew’s text with these as Matthew did himself. People don’t speak that way today, but that’s no reason for failing to find a suitable equivalent. It winds up robbing people of the epiphanic moments they’re meant to savor.

Comes the trek to Jerusalem, then the terrible shuffle up Golgotha. The “Looks!” lessen somewhat in Matthew’s telling. In chapter twenty-seven, the crucifixion account, they all but disappear. No wonder. What Light can be seen in a bloodied body framed by a pitch black sky and its own expiring shriek of disappointment: “My God, my God, why have you forsaken me?” He shrieks again, Matthew says, then breathes his last. And suddenly there it is, the chapter’s one and only trumpeting idou. “Look! The temple’s curtain, torn from top to bottom.” Who but God could do this? Who but Christ in this death of his could prompt God to do it? But there it is—God’s fearsomely gracious presence available to all, open to all. “Look!”

As you’d expect, Matthew’s “Looks” proliferate again in his final Easter chapter. The one that grabs me most is in his final sentence. This is Jesus talking to the semi-skeptical eleven on that mountain in Galilee where he had told them to meet him. For the semi-skepticism, see 28:17b. As antidote to it, here’s what Jesus says and promises: “Look! I am with you in all the days until the end of time.” (Here the “I am” is the big “I AM” of God at the burning bush, Exodus 3. In Greek, ego eimi. This, I think, could be construed as Matthew’s version of John’s “If you have seen me, you have seen the Father.”)

True to form, the modern translations blow the rendering of this idou too. “Remember,” say some. “Surely,” say others. None of them dare to spit the thing out in all its scandalous wonder. “’Look!’ Use your eyes! Do this, obviously, with your faith switch in the ‘On’ position. When this happens, you’ll catch glimpses of me day after day to the close of the age.” 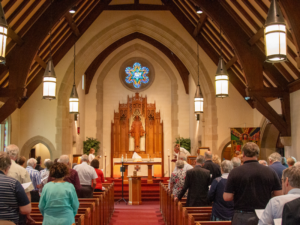 “Say again?” we ask. “Where will we see you?” Answer: “Look at each other. Each believing other. ‘Where two or three are gathered together in my name, there I am in the midst of them’ (Matt. 18:20).” Or as John might phrase it, “When you see each other, you’ll be seeing me.” Thus the Light of the World, our Lord Jesus Christ.”

In less than a week and a half, some of us will cluster at a retreat center in Belleville, Illinois to talk for two and a half days about “The Promising Community.” A question is appended to that title: “Can I have a witness?” I pray that everybody there will have the sense to look around the room and spot that witness in the people they’re clustered with, every one of whom will be clinging stubbornly to promises that defy all sense and reason. The forgiveness of sins, the resurrection of the body, the life of the age to come—these are the big ones, though by no means the only ones.

Much more do I pray that we’ll all catch some glimpses of Jesus via those people we’re with. We are not there—we can’t be there—unless he is. So too for those other clusters of trusting people, most of them massively unimpressive, that some of us will be sitting among as usual this coming Sunday. Taken together, we are the tattered, everyday robes that the Star of All Stars is draped in these days. Ours are the seams that the Light leaks through. Every gathering of trusting disciples is an epiphany of our Lord in A.D. 2023.

This said: thank God for you! Epiphanic you, to be precise.