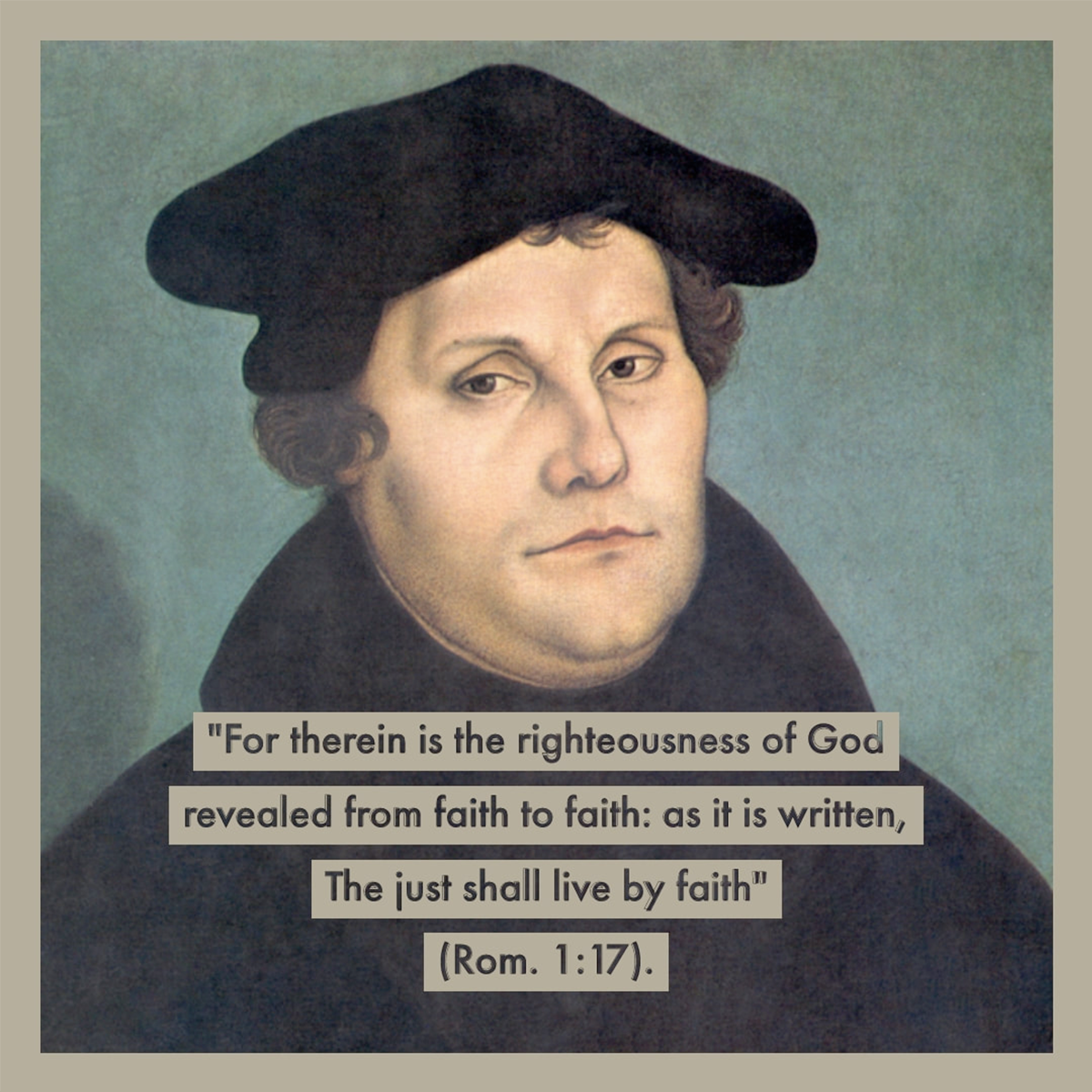 In recent decades a group of New Testament scholars have set lots of Protestant teeth on edge with a so-called “new perspective on Paul.” They argue among other things that the 16th century reformers skewed Paul’s gospel by equating it with his teaching on “justification by faith.”

Today Chris Repp tackles this claim, though not in the way you might think. As he does this, he also clarifies what Bob Bertram and Ed Schroeder meant when they talked about “the hermeneutical significance” of the Augsburg Confession’s fourth article, where the focus is exactly on justification by faith.

The Rev. Dr. Chris Repp is pastor of Grace Lutheran Church in Champaign-Urbana, Illinois. He also serves on the Crossings board of directors and regularly teaches courses for the Synodically Authorized Ministry training program of the ELCA’s Central/Southern Illinois Synod. We’re delighted to have enrolled him as an occasional contributor to Thursday Theology. He has promised to follow up today’s essay with a reflection on its implications for worship. We look forward to that.

In the meantime, we urge you to register for next January’s Crossings Seminar where you’ll have a chance to meet and talk with Chris and other Crossings’ writers. Two seminary deans, Drs. Kit Kleinhans and Mary Hinkle Shore, will anchor an extended reflection on “The Promising Community: ‘Can I Get a Witness?’” Not to be missed, we think.

Justification is Not the Gospel?

I recently caught a podcast from 2019 with the Bible Project’s Tim Mackie and renowned biblical scholar N.T. Wright. They talked about the meaning of the word “gospel” in the Bible. You may be aware of Wright’s contributions to the New Perspective on Paul in biblical scholarship, which seeks to reclaim Pauline theology from its alleged captivity to the doctrinal formulations of the sixteenth-century reformers and their successors. 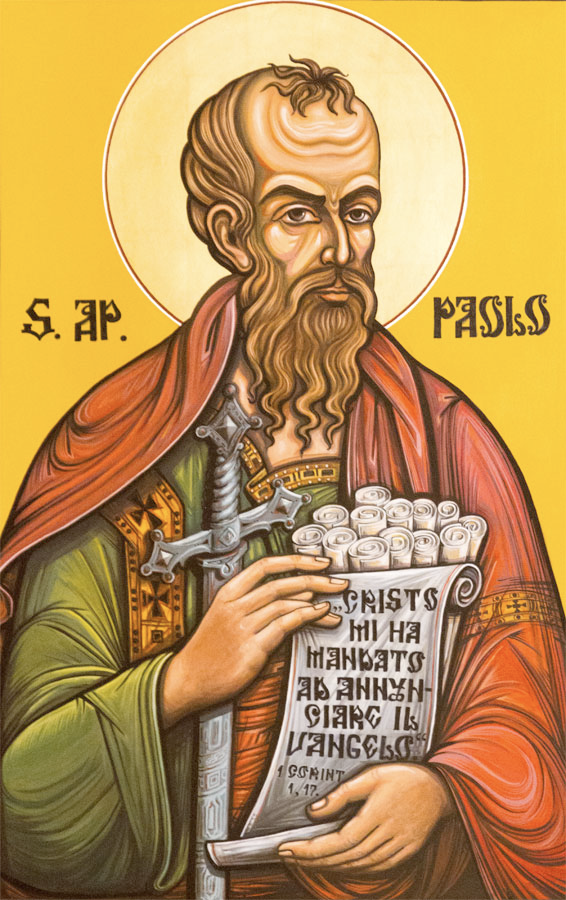 In a nutshell, what the New Testament means by gospel, according to Wright, is the good news of Jesus’ lordship: in Jesus the Messiah, God is wresting control of the world away from the powers of sin, death, and evil. Despite hostility especially from conservative Reformed theologians, I sense Wright does not intend to refute Reformation theology, only to alert us that the Reformation emphases get at only a part of what the New Testament writers mean by gospel.

I do not intend here to evaluate Wright or the New Perspective on Paul. What caught my attention in the aforementioned podcast was Wright repeating his long-held assertion that “justification by faith is not the gospel” and his offhand comment a little further on indicating that conflating justification and the gospel was the Lutheran position. Now, I suspect that a lot of Lutherans past and present might agree with Wright’s characterization, but I’m not one of them. The Lutheran position does not conflate justification and the gospel. And I think the Augsburg Confessions back me up on this.

Before I make my case, let me help Wright elaborate on his point by quoting from his 1997 book, What St. Paul Really Said:

The doctrine of justification by faith is not what Paul means by ‘the gospel.’ It is implied by the gospel; when the gospel is proclaimed, people come to faith and so are regarded by God as members of his people. But ‘the gospel’ is not an account of how people get saved. [1]

Let’s have a look at how the Augsburg Confession sets this up for us. The second article says that all humans since Adam (and Eve) are born in sin, which means that they have lost their ability to have faith in God, and that this sin condemns them to God’s eternal wrath. (The Latin version says it “damns and brings eternal death.”)

Article three of the Augsburg Confession then quickly gives the antidote to this hopeless condition. God the Son became human in Jesus Christ to suffer and die as a sacrifice for our sin and to “conciliate God’s wrath” (Latin: “reconcile the Father to us.”) But that’s not all. It also says that he rose from the dead and ascend to the Father “to rule and reign … so that through the Holy Spirit he may make holy, purify, strengthen, and comfort all who believe in him, also distribute to them life and various gifts and benefits, and shield and protect them against the devil and sin [2]. That, I submit, is the gospel according to the Augsburg Confession: forgiveness of sin, the reign of Christ, life, holiness, and protection from sin and evil, not to mention those other unspecified gifts and benefits. [3]

Then comes article four on the doctrine of justification, the doctrine upon which the church stands or falls, so say we Lutherans, paraphrasing Luther in his Smalcald Articles. Article four is about how we receive forgiveness of sins, namely “out of grace for Christ’s sake through faith.” It’s also about how we do not receive forgiveness, namely not “through our merit, work, or satisfactions.” But notice that what article four discusses here is only part of what article three calls the gospel, and even then, it is not so much a proclamation of that part of the gospel as it is a clarification of how the church should teach and proclaim it. 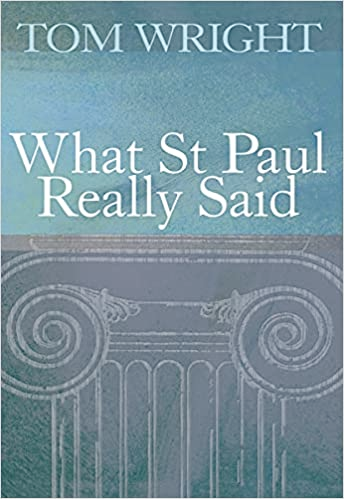 That “how” was the main point of contention between the Lutheran reformers and their Roman Catholic critics in the sixteenth century—and the reason for the Confessions’ focus upon justification. Everyone agreed that forgiveness of sins was a result of Jesus’ death on the cross. But the medieval church had qualified that good news by insisting that Jesus’ sacrifice only removed the eternal punishment for sin. There still remained a temporal punishment, which required the help of the church’s penitential system. This made salvation a cooperative effort between God and humans; God does God’s part, we do ours.

For all practical purposes, then, the medieval church had managed to obscure the good news of the cross with the bad news of needing to work for one’s own salvation. Truly good news, by this way of thinking, came only after death and after purgatory, if indeed one made it into purgatory at all—and there was no assurance of that on this side of the grave.

Luther and his colleagues declared that in order to proclaim the gospel as the good news it is meant to be, the proclamation must be done with no strings attached. Article five of the Augsburg Confession goes on to declare this way of proclaiming the gospel (“purely,” i.e., as gospel and not something else) to be the central and defining task of the church. It defines the church functionally. When the church is proclaiming the gospel as gospel, it is the church. When it is not doing that, it is not being the church. That is another way of saying that article four is the article on which the church stands or falls.

God’s gracious promise of forgiveness, the reign of Christ, life, holiness, and protection from sin and evil is the content of our message, the pure gospel. Preach the promise. Preach the whole promise, emphasizing the parts that particularly speak to your context. Preach it with no strings attached, without telling people what they now need to do. Because when the church communicates the promise through word, sacrament, and the “mutual conversation and consolation of brothers and sisters” in Christ [4], the Holy Spirit gets to work to create in us the faith that delivers on the promise. More about that another time.

[1] N. T. Wright, What St. Paul Really Said: Was Paul of Tarsus the Real Founder of Christianity? (Grand Rapids, MI: Eerdmans, 1997) 158. [2] Robert Kolb, Timothy J. Wengert, and Charles P. Arand, The Book of Concord: The Confessions of the Evangelical Lutheran Church (Minneapolis, MN: Fortress Press, 2000), 38. [3] Article three does not actually mention forgiveness explicitly, and I think that there may be a reason for that that I will explore at another time. But this part of the good news, that Jesus was crucified as a sacrifice for (our) sin to reconcile us to the Father, surely implies the forgiveness that will be spoken of in article four. [4] Kolb, Wengert, The Book of Concord, 319 (Smalcald Articles, Part III, Article 4). This “mutual conversation” is Luther acknowledging that the gospel is a function of the whole church and not just the clergy].