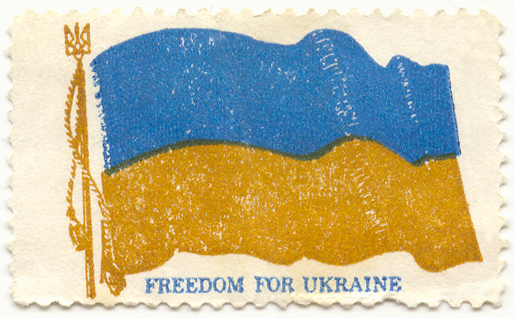 The Freedom for Ukraine Cinderella Stamp found on  Wikipedia

This week our editor, Jerry Burce, interrupts our publication schedule to pass along three items that caught his attention in recent days and weeks.

The first two pertain to the war in Ukraine. We’ve said nothing about this in Thursday Theology so far. “Chalk that up,” says Jerry, “to a diffidence born of distance from anything remotely akin to what our Ukrainian co-confessors are facing right now, and with them the neighbors they serve and bear their daily witness to. Who are we to pontificate from safe American suburbs about the situation they’re caught in?”

What we can do—what the love of Christ urges us to do—is to listen and learn from those who either are or have been there where bombs drop and missiles fly. Among them is Miroslav Volf, professor of systematic theology at Yale Divinity School. Professor Volf grew up in the Balkans and found his life disrupted by the wars that attended the breakup of Yugoslavia. Late in April he was interviewed on radio by a thoughtful journalist from the Australian Broadcasting Commission who posed this question: “Is it ever possible for a Ukrainian to forgive Putin?” Volf’s response to that challenge stretched my own grasp of what forgiveness entails: implicit accusation, for one thing; an affirmation of justice, for another. Volf will stretch most all of you too, I’m guessing. Take, for example, his observation that the first step in loving your enemy is resisting your enemy. Here’s the link to the interview. The twenty minutes it takes you to listen will be among the best you spend this week. 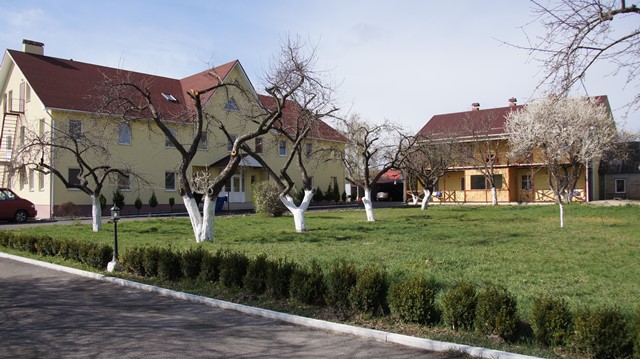 The second item is a print interview that appeared last Friday in Plough.com, an online publication of the Anabaptist Bruderhof Community. It features Ivan Rusyn, president of the Ukrainian Evangelical Seminary in Kyiv. In much of it he describes what the war has entailed for him and his colleagues. Along the way he also reflects on what peacemaking has suddenly come to mean for him—quite the opposite of the cheap pacifism he used to espouse and is now embarrassed by. Again I found my assumptions being stretched. So will you, I think. The title of the interview: ‘In the Ukraine War, the Church is There.’ My thanks to Seminex schoolmate Tom Hiller for bringing to it my attention through a post on Facebook’s ELCA Clergy page.

As for the third item: this I also grabbed from Facebook where it got posted on Maundy Thursday by Matt Metevelis, using his own page. Matt spends a lot of his time, professional and otherwise, in the company of people who wouldn’t describe themselves as Christian. From this came a brief reflection on what Love is finally about. I tack this on here as a response to a dilemma that surfaces in the first two items. What if we can’t forgive? What if we’re too angry to contemplate the peace we’re supposed to make? Or, as Matt frames it, what if we can’t love as we’re commanded to love? Here’s how Matt describes it in a slightly edited version for which I beg his sufferance—his forgiveness too for passing it along without asking him first.

“Lots of talk about “love” on Maundy Thursday. It is a clear command that Jesus gives: ‘Love one another as I have loved you.’ And in response to that command I hear from countless people unaffiliated with churches exactly how loving they are. They’re good to their families. They give to charity. They have general good intentions in their hearts about humanity. They do not kick puppies. Churches have turned love into the highest spiritual value. But what they believe to be the ceiling is only the floor—and a very crowded one at that.

“Love in the abstract is easy. Love in a hard situation once in a while is doable. Love for those in need is laudable. But the love God has for us is different. That God would encounter us in the form of a servant to tell us not that we’re so great for loving people but rather that our dirty feet need washing is not what we expect. That God would tell us that we’re incapable of doing anything without him is downright offensive. That God would treat us as aimless beggars who can expect nothing greater from God than a cracker and a sip of grape juice is hard to swallow.

“That God would take us in scarred hands, die with us and for us, and give us life not as a reward but as an utter gift is a mystery that makes us tremble. That’s this holy Thursday—the relentless radioactive love of God that banishes our efforts and good intentions to claim us forever.

Thus far Matt. Thus far Jerry. Thus far today’s post. As for the rest of us—