First Thoughts on the Sack of the Capitol

We pass along the first part of an unfolding reflection by our editor.

First Thoughts on the Sack of the Capitol 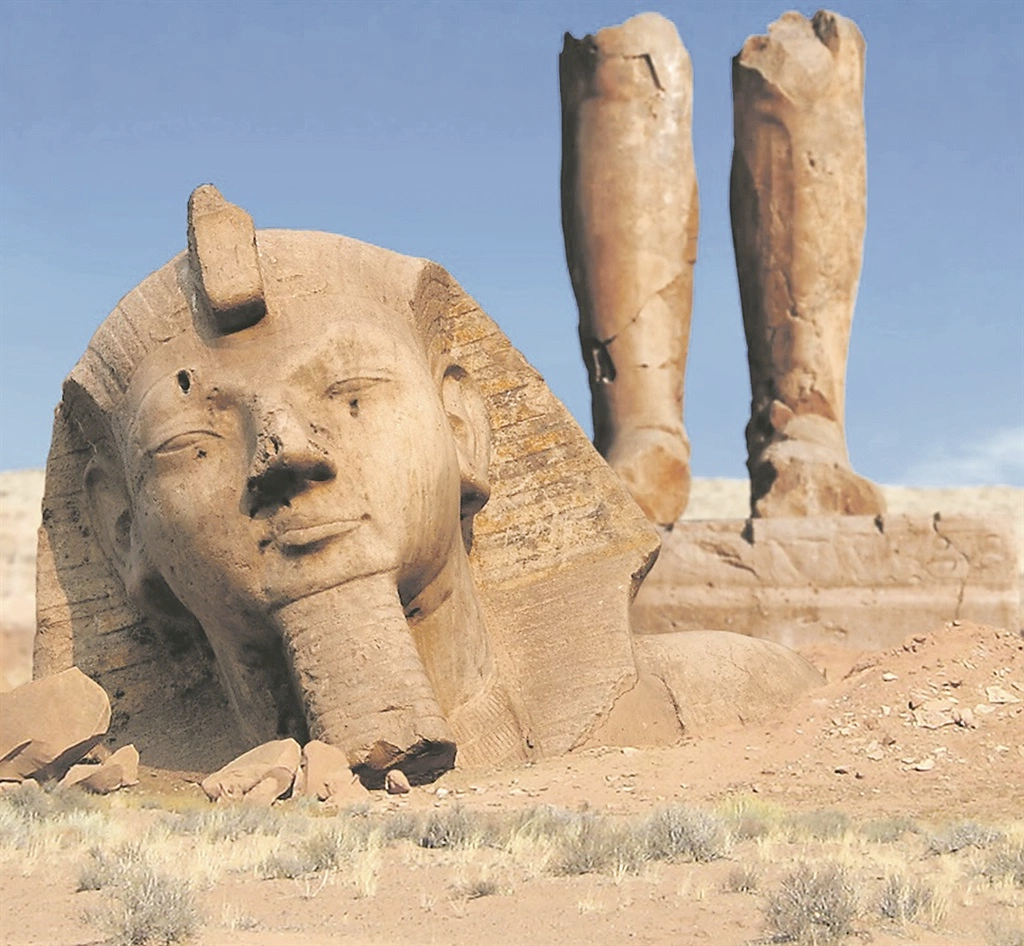 I met a traveler from an antique land,
Who said—“Two vast and trunkless legs of stone
Stand in the desert. . . . Near them, on the sand,
Half sunk a shattered visage lies, whose frown,
And wrinkled lip, and sneer of cold command,
Tell that its sculptor well those passions read
Which yet survive, stamped on these lifeless things,
The hand that mocked them, and the heart that fed;
And on the pedestal, these words appear:
My name is Ozymandias, King of Kings;
Look on my Works, ye Mighty, and despair!
Nothing beside remains. Round the decay
Of that colossal Wreck, boundless and bare
The lone and level sands stretch far away.”

America, thought I. Not Donald Trump, however much that bit about the “frown, and wrinkled lip, and sneer…” invites such reading. But no, America. The once proud country that I and countless others my age have boasted in—its power! its productivity! its can-do spirit! its unheard-of munificence!—: this is today’s toppled statue. The “shattered visage” is the myth we dared to believe in, arrogant sots that we all were. Myth it was, of course. Ask most any black American. Ask the Jews on the ship that FDR sent sailing back to Europe in 1939.

I attended high school in Australia in the latter half of the 1960’s. I got in the habit of hanging an American flag from a classroom balcony on the Fourth of July. There was glee to be had in the chagrin of my Aussie classmates who suffered badly in those days from America-envy. They believed the myth too. No longer. The city my school was in has a current population of 1.3 million. That’s a hundred thousand more than the Ohio county I continue to work in. That Australian city has recorded about 550 cases of covid-19 so far, with a death total of 4. My county is up to 70,000 infected and 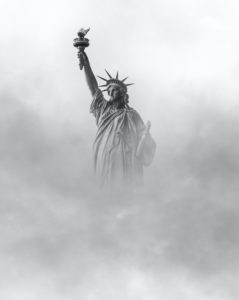 900 dead. Comes now an election the loser won’t concede, all credible evidence notwithstanding, and a horde throwing itself at the Capitol at the loser’s behest to enforce his mendacious absurdity. Australia has seen its share of political nonsense over the past decade or so, but nothing like this. Not even close. So too in other lands where America is suddenly pitied, if not openly scorned. “Now who looks like a s—hole country,” as one cartoonist put it last week.

And now another image comes to mind. It’s the final scene in the original “Planet of the Apes” movie, released in 1968 when I was in my “leaving” year at that Australian high school—a junior as Americans would say. In that scene our hero, heretofore befuddled as to where he might be in the universe, is limping along a beach. He turns a bend. The music shrieks. Before him lies the Statue of Liberty, toppled, half buried in the sand. “Preposterous,” I thought when first I saw this. No more. I marvel instead at the prescience of whoever cooked that movie up. Ozymandias indeed.

“The Lord sent a word against Jacob, and it fell on Israel: and all the people knew it—Ephraim and the inhabitants of Samaria—but in pride and arrogance of heart they said: ‘The bricks have fallen, but we will build with dressed stones; the sycamores have been cut down, but we will put cedars in their place.’ So the Lord raised adversaries against them and stirred up their enemies…and they devoured Israel with open mouth.”

And now the tough bit:

“For all this his anger has not turned away; his hand is stretched out still.”

One makes a dreadful mistake to apply a passage like this directly to a current set of circumstances. Whether God is as cheesed with America as once he was (per Isaiah) with the Northern Kingdom is beyond our knowing; and the pseudo-prophet who pretends to know this does well to prepare him-or-her self for the same shame that befell the ones who knew—they just knew—that God had dispatched Hurricane Katrina to smite the gays and lesbians and the evil city that sheltered them.

This said, one makes an equally dreadful mistake to imagine that God can’t possibly have a finger in our current humiliation. It is lately fashionable in mainline circles to assert that God is without wrath. One hears this also among Lutherans, especially of the blue variety. They ought to know better. Lex semper accusat, as they should have been taught not only to say but also to recognize in the unfolding of our daily affairs. And if the Law accuses, so does God, he of the rough, unpleasant justice that gives sinners their due. “What goes around comes around,” as those sinners themselves both say and recognize as they walk the streets of their everyday lives. And when Mary sings that “he brings the mighty down from their thrones,” it’s God she extols as the Ultimate Toppler of all things haughty: thrones, statues, myths. Especially myths. “He scatters the proud in the imagination of their hearts.” She sings that too. 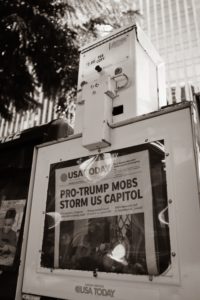 There was much hand-wringing last April and May about God’s role, if any, in the unleashing of the coronavirus. I stand firmly with the agnostics on that particular question. Not so much when it comes to America’s political mess, now exploding in catastrophe. Here Paul rings so very true when, in Romans 1, he describes the operation of God’s wrath as a matter of God “handing them over” to their own inclinations and devices, “them” being “those who by their wickedness suppress the truth (v. 18).” Among other things they exchange “the glory of God for images” (v. 23), a term that surely encompasses our national or sectional mythologies and yes, the flags we wave to exult in these. As if our creation in the image of God is not in itself sufficient cause for exultation without end. But who thinks about that these days when credentials are at stake?

“Have it your way,” says God. “Knock yourselves out.” And so we’ve been doing for lo these many years, God looking on not with hand stretched out (again per Isaiah) but with arms folded in disgust and disappointment. So how long will he keep them folded? That, it seems to me, is the pressing question for this present American moment. The punditry I’ve sampled this past week, appearing in venues that don’t allow for such questions, has been sprinkled with wistful noises akin to the ones once heard in battered Samaria. “The bricks have fallen, but we will build with dressed stones.” “America will heal. America will recover. Once again—sometime, somehow—we’ll stand tall as Leader Among Nations and Beacon of Democracy. Once again we’ll feel proud that America is our kind of great, or at least headed in that direction.” Need I add that left-wing pundits fantasize as fiercely about this as their counterparts on the right do? “Make America Great” comes in blue versions as well as ugly red. We do well to assume that the One who sits in the heavens curls his lip in scorn at all of them.

Again, the question that so few dare to ask: how long will God sit there with his arms tightly folded?

Yes, there is Gospel sufficient to our terrible American day. The challenge is to dig it up. To name it. To thank God for it with joyful hearts even as the groans continue: “How long, O Lord?”

More on this next week.