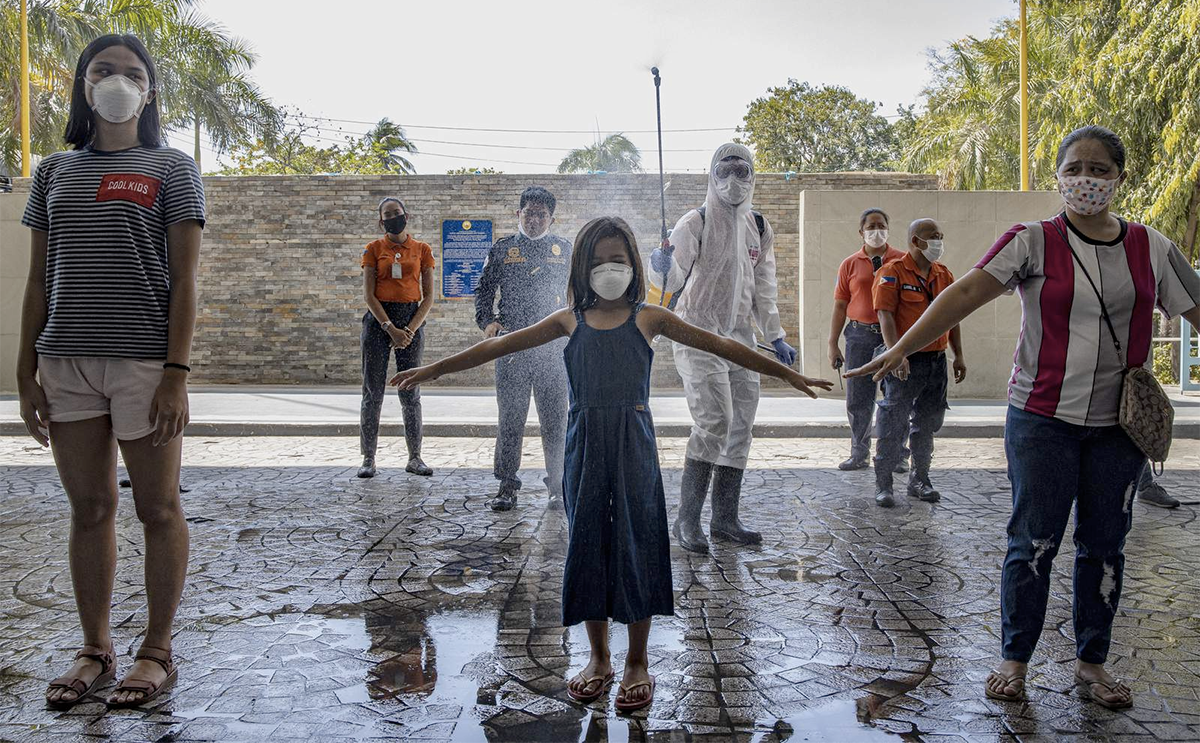 “Discover a different way of seeing and responding to the Coronavirus pandemic, an approach drawing on Scripture, Christian history, and the way of living, thinking, and praying revealed to us by Jesus.”

So says the Amazon blurb about the latest book by N.T. Wright, the world’s busiest New Testament scholar. We asked the busiest reader we know, Matt Metevelis, to review it for us. He did so promptly. We are pleased to pass his thoughts along.

The Call to Lament: N.T. Wright Tackles a Pandemic [1]

The weight of this sad time we must obey / Speak what we feel and not what we ought to say. —King Lear: Act V Scene iii

I have worked with death and grieving as a hospice chaplain for a decade. People will ask me what they can say when they are about to speak with someone they know facing loss. The short response is always nothing. Don’t say anything. Tragedy and disaster take our words.  They render what we say powerless against what we cannot know and are powerless to say. Job’s friends discovered this when their eloquent discourses on the law only provoked more bemoaning and wailing. Ideas and speculations are soft and useless weapons against the hard and brutal realities of suffering. The Duke of Albany discovered this watching Lear drag the lifeless body of his daughter across the stage. As the last person to speak in the tragedy Shakespeare plants Albany in the space that Elizabethan drama usually allots for someone to share the moral of the story. After what he just watched the best he can do is to shrug. The weight of sad times crushes every idea that might explain away our pain. The task of lament is to resist silencing our wounds and to give them a voice instead.

NT Wright penned a provocative summons to lament in the early days of the pandemic. “Christianity Offers No Answers About the Coronavirus. It’s Not Supposed To” appeared on March 29 and made the rounds in social media. During this time many pastors were closing their doors and learning how to webcast. While the world was shutting down many clergy were working themselves into a fever pitch trying to find the right words to bring courage and comfort to their flocks. Others imagined that this once-in-century crisis would usher in needed change as Christians would learn to “be church” outside church walls or question the assumptions of consumer capitalism. During this frantic time Wright issued a challenge:

Shuttered churches, sirens, and daily death rates on the news were already speaking loud enough. No need to shout over them. We can only speak what we feel and not what we ought to say on God’s behalf. 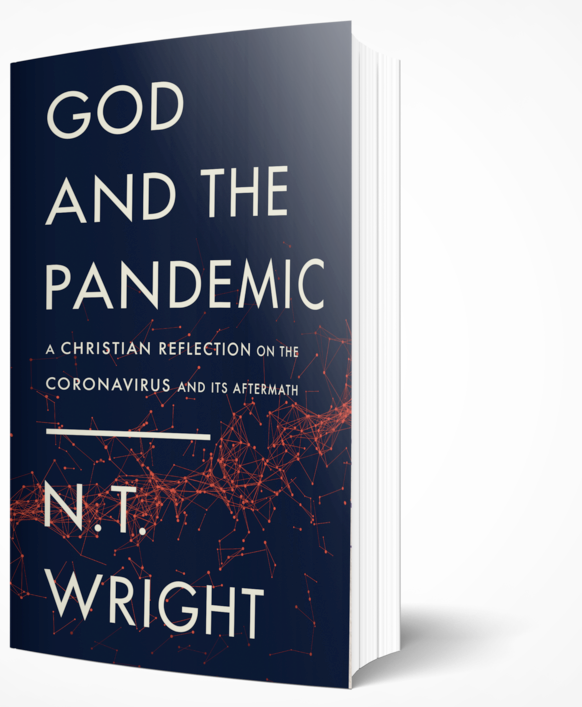 God and the Pandemic followed this article in June. Wright maintains his thesis in this short book and supplements his arguments with analysis of scripture. Many of the arguments are responses to those who would use the pandemic to make facile jeremiads about God judging sin or those who would loop the pandemic into another portent of the end times. Wright’s enormous output of books for both specialists and ordinary readers makes his brief tours through scripture seem comprehensive even for a short volume.

After giving counter-examples from the Old Testament that show the ambiguous and contested relationship between tragedy and sin, Wright locates two major narratives. The first is God’s covenant with Israel depicted in the stark terms of Deuteronomy and Daniel that see the sufferings of Israel as direct punishments for their sins of “idolatry and injustice.” The second is the “deeper story” of the good creation and dark power in which there is no seeming explanation for terrible things. Job embodies this paradox by trusting that God is just against his own experience. “Jesus not only drew on that story. He lived it. He died under it,” we are told.

Wright then moves on to make his central argument through the story of Christ. Christ’s life for Wright is the visible recalibration of our ideas of divine sovereignty around his life and crucifixion. The incarnation according to Wright’s exegesis is the final “sign” that is given to Israel and to us. This final sign calls us to see God’s sovereignty not interrupted by the cross but fully present in it. Looking outside or beyond Christ as the pandemic constantly tempts some to do is the central way that we miss the point:

“The minute we find ourselves looking at the world around us and jumping to conclusions about God and what he might be doing, but without looking at Jesus we are in serious danger of forcing through an interpretation…which actually screens Jesus out of the picture. As the old saying has it, if he is not Lord of all, he is not Lord at all.”

Moving from the life of Jesus to what this means for the life of the church, Wright proceeds tothe rest of the New Testament. Drawing on Acts 11, he talks about the journey of Agabus from Jerusalem into Syrian Antioch in which the church sets up a plan to deal with a coming famine. The church’s focus in this story was simply to pay attention to who was vulnerable and what the church could do to help. The response, says Wright, was an “un-theological” one whereby they realized that “what God was doing he was going to do through them.” Wright argues that tragedies should pull Christians from speculating about the plans of God to drafting plans of their own for how to help their neighbors and the world. We are not “spectators, not simply beneficiaries, but active participants” in a “Jesus-shaped picture of a suffering, redeeming providence.”

Wright’s conclusion rests on the arguments he makes in the prior chapters and develops only indirectly. He discusses responsible God-talk, what it means to live in the present moment as the church, and what he believes the church will be called to do as the world recovers. The last chapter itself could be a stand-alone article. It is in the final chapter that Wright discusses the realities of the pandemic and speaks from a practical and pastoral standpoint about the things the church should and should not do. 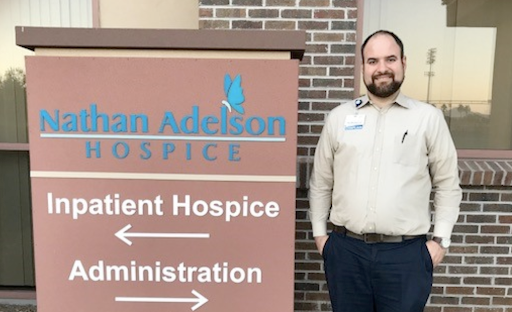 While Wright makes compelling arguments that are well-explained and easy to grasp, most of the book more closely resembles a timely Bible study than a sermon. We clearly know what we can’t say but we’re left scratching our heads about what can be said. As powerful as silence is in times of tragedy there must come a point when you must say a word. Nobody has ever asked me to do a funeral and sit there in silence. “God feels your pain” is an inspiring and scriptural sentiment but in my pastoral practice I have rarely seen it provide comfort. It’s not enough for God to just feel my pain. God must carry it. God must do something with it. The gospel is more than just divine groaning. And this is what Wright fails to deliver.

Much of Wright’s treatment of lament argues that through it God simply calls us to rest in God’s own pain and struggle. This strikes me as a kind of psychological monasticism in which I learn to be in my own sadness to draw close to the divine sadness. But here is the problem: lament is no longer lament if it is simply taken as a kind of law that shuts our mouths. Lament instead is a loud cry for God to do something. Lament is a shout for life in the face of death. We speak what we feel, what we suffer, what we need. Wright wants us to move beyond a mechanistic view of God’s sovereignty into a more dynamic conception of Christ’s death and resurrection as a kingdom we live into. But the true dynamic of God’s sovereignty is that God is the One who makes promises and keeps them. When we lament we demand that the promising God make good on God’s word such that the kingdom lives into us through the gifts of deliverance from our enemies of sin, death, and the devil. We lament not because it is the optimal response to suffering. Lament is not “what we ought to say.” Instead, lament speaks what we feel. And what we feel is nothing less than a throaty, tear-stained, and exhausted cry for the gospel.