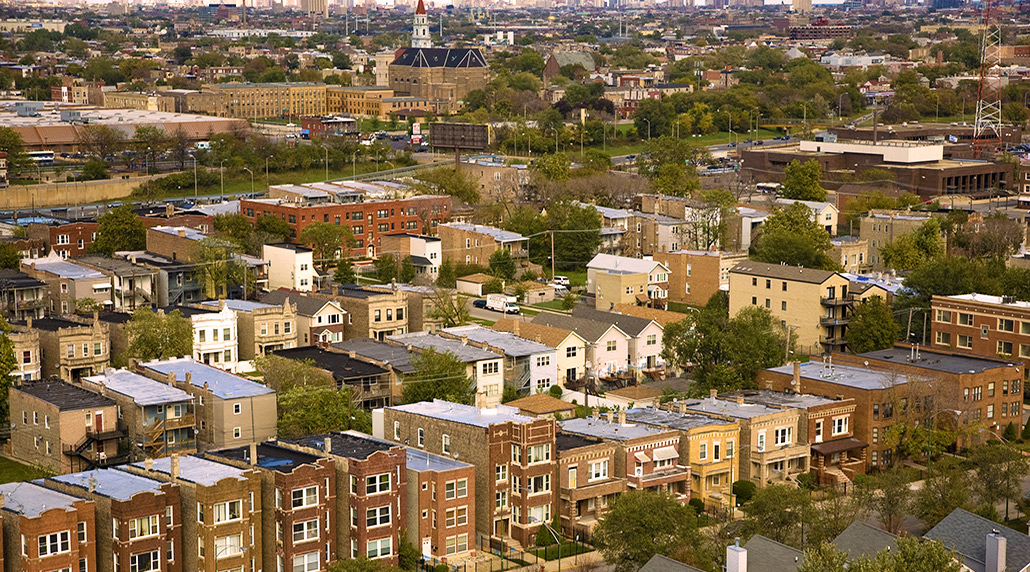 On this final Thursday in the current Advent season, we send you a challenging reflection by Karen Clapp, a member of Grace Lutheran Church, River Forest, Illinois. It’s a sequel of sorts to a presentation she made at the Crossings conference in 2020. Those remarks are available on our website in both written and audio versions. They bear reviewing as a backdrop to what she writes today.

May we take it for granted that you’ll hold Karen, her family, and all her current neighbors in your prayers this Christmas?

Who Will Save the Neighborhood? 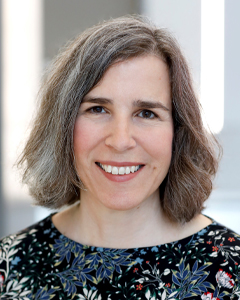 This Advent, I find myself in a season of uncertainty and waiting. After living in my house for two decades, it is very likely that my family will be moving in the not-too-distant future. Where we will land next and when that will happen is unknown right now. Underneath the uncertainty, are layers of grief and anger over the prospect of leaving a place I love.

My neighborhood, the Austin community on the west side of Chicago, has been shaped by the economic and social forces that drove “white flight” back in the 1960s and 70s. Since 1980 it has been a predominantly African American community with most of its residents invested in the flourishing of the community, despite socioeconomic, employment and educational challenges. My husband and I were influenced by the ideas of the activist and minister, John Perkins, who encouraged Christians to “reconcile, relocate and redistribute” in the name of Jesus. These principles were part of what brought us to our home in Austin. We’ve loved our home, but the annoyance of loud gatherings on our block in the middle of the night and trash in our yard, along with occasional confrontations and intermittent violence have certainly been challenging at times. What has made it possible to remain has been the support of our neighbors and wider community. Even though we are one of a handful of Caucasian families on our block, I consider myself fortunate to have “found my people” in my neighborhood. My home and my block have become a place where I feel like I belong.

This past summer though, things shifted significantly for me as I watched a small group of neighbors violently assault another neighbor on my block, throwing him to the ground then punching and kicking him. Witnessing the violence was awful. Learning that the young man ended up in the trauma unit with a broken arm and a head injury shook me in a way I had not experienced before. This was certainly not the first violent act I had seen on my block, but this time, the chronic sense of dread and tension that I had been able to quell in the past became unmanageable. I found myself feeling tense and afraid, like a hostage in my own home. The emotional and physical toll of the possibility of more violence and disruption brought us, with great reluctance, to the decision that it was time to move. 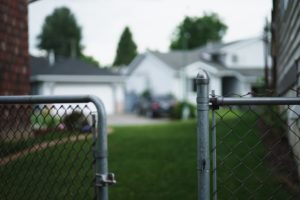 Along with these things I am grieving. And I have a lot of anger. I’m angry because I feel like I’m being forced out. Why do the people causing the chaos get to stay and I have to go? I’m angry that all the prayers, conversations, and collaborative efforts over many years to improve the circumstances on our block haven’t resulted in the kind of enduring change that will allow me to stay. Where is God in all of this? While discussing some of my frustrations with a local pastor a couple months ago, he gracefully and gently reminded me that I don’t need to take responsibility for the situation on my block and that I don’t have to be in the center of it all. In other words, it's not up to me to save this little corner of the world. God is still here, and I have the freedom to step away. Pretty humbling for someone who likes to get things done and make the world a better place. 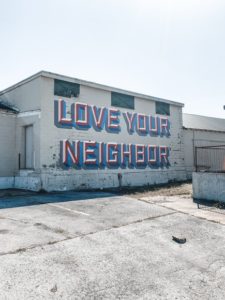 Another part of this story is my experience as an adoptee and a “third culture kid” (a person who has spent a significant part of their developmental years outside of their parents’ culture). My German birth mother gave birth and relinquished me in South Africa. I was adopted as an infant and raised by a loving American missionary couple. Along with my adoptive parents and brother, I transitioned back and forth between cultures and countries a number of times. The last transition when I was a young teenager was abrupt and traumatic for our whole family. That year I attended three different schools and lived in six different places. This last year I’ve been pondering how being both a missionary kid and an adoptee has led me to wonder about my real identity and often to feel like an outsider. Putting down deep roots in this place has been one way I’ve unknowingly tried to meet some of those needs.

My neighborhood has certainly formed me and has defined how I see myself and, if I’m honest, how I hope others perceive me. I want to be a valuable member of the community. I want to be seen as tolerant, understanding, and long-suffering. I’m also trying to prove myself by hanging in there and being a nice person. But now, I’ve finally come to the end of myself, which I suppose is exactly where I’ve supposed to have been all along.

The season of Advent reminds me that I belong to God, not because I moved into the neighborhood, but because “the Word became flesh and blood, and moved into the neighborhood” (John 1:14 The Message). He came to a world where things are broken and messy. A world where people end up in the trauma unit and there are neighbors who are rude and inconsiderate. He also moved into my broken and messy heart where I try to justify myself and long to find my place. This Neighbor took on all the mess and the brokenness on the cross. New life and new creation came after that. So, I hold this gospel reality along with all the questions, sadness and worries of this season in my life, and I’m slowly learning to accept God’s gifts of freedom and mercy that have been there all along.