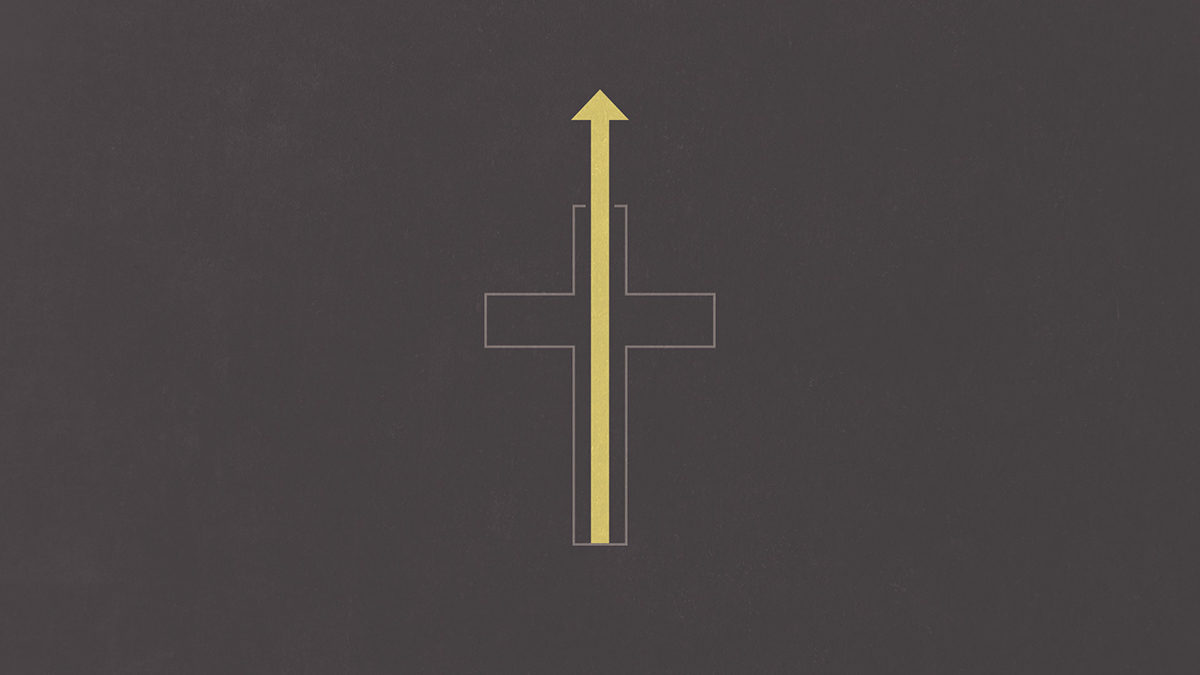 Lutherans in America, if not elsewhere in the world, will celebrate Reformation Sunday three days from now. We will do so as usual in several rival camps, each with its set of gripes about the others, each with its distinct penchant for obscuring the Gospel we all claim to celebrate. Not that any camp would admit to the latter sin, let alone confess to the particulars of how they commit it. “No Lutherans are righteous except for our crowd.” That’s one of the few assertions we all hold in common. St. Paul, he of Romans 3:10, would snarl at us.

Among the badly gnawed bones of intra-Lutheran contention these days are the efforts some have lately made to find common ground with Rome on the doctrine of justification by faith. Two weeks ago, we sent you one of Bob Bertram’s contributions to an early stage of that discussion. We follow that today with a reflection on its aftermath. It comes from our South African correspondent, Pr. Felix Meylahn of Stellenbosch in the Western Cape Province. You heard from him early this summer in a paper about the importance of the Reformation that he prepared for some members of his congregation in 2017. It bears rereading. His contribution today come from the same year. He developed it for a panel discussion at an ecumenical conference on the Reformation. In sharing it with us he asks “whether anyone would be interested in taking the questions I ask in it further.” If you’re inclined to take him up on that, drop a note to our editor.

We think that Pr. Meylahn provides a superb example of how to offer critique in a way that furthers conversation instead of slamming a door on it. If only all Lutherans would master that art.

Justification and Faith. Perspectives on an Ecumenical Conversation

Input for a Discussion of the Wittenberg Witness and the Joint Declaration on the Doctrine of Justification. 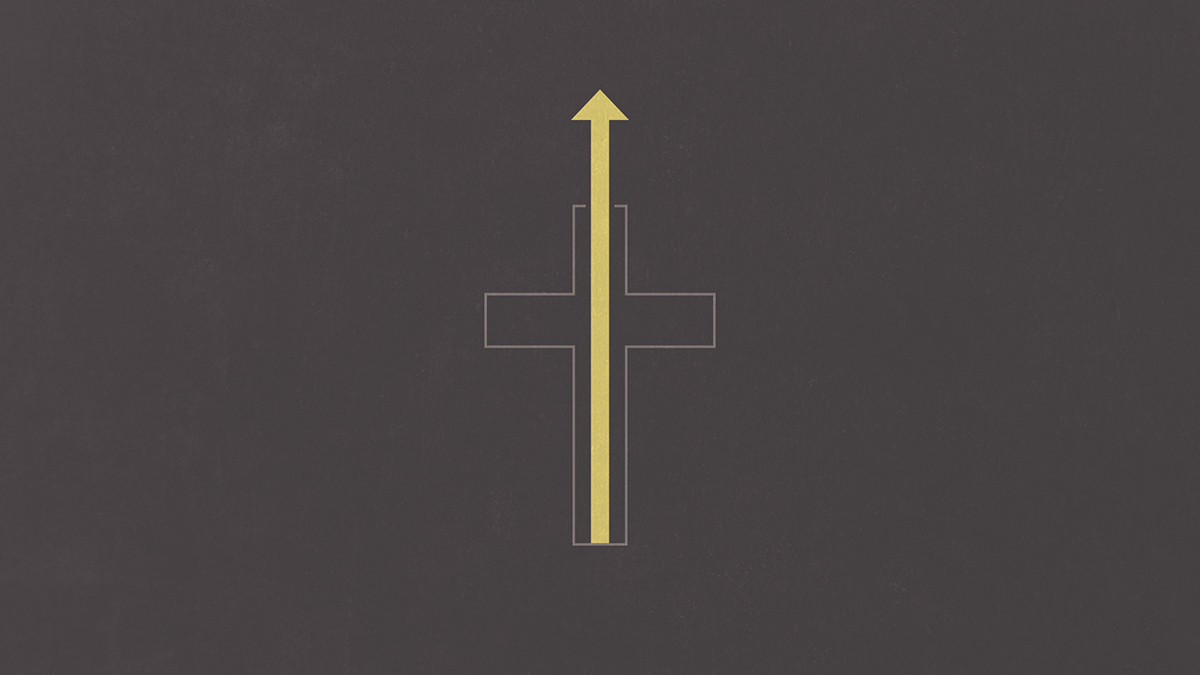 On Reformation Day, the 31 October 1999, in the City of Augsburg, Cardinal Edward Idris Cassidy, President of the Vatican’s Pontifical Council for Promoting Christian Unity and his successor, then Secretary of the Council, Walter Kasper, joined seven leaders of the Lutheran World Federation in signing the “Joint Declaration on the Doctrine of Justification”. A historic event—for the first time the Catholic Church and Lutheran Churches mutually committed to a statement about the Christian Faith—in the words of the document, they achieved “a consensus on basic truths of the doctrine of justification” (JDDJ par.5)

This document has its origin and roots ultimately in the calls for ecumenical dialogue and reconciliation that were issued nearly four decades earlier by the Second Vatican Council (1962-66), particularly in the Decree on Ecumenism (Unitatis Redintegratio). For this conversation to take place the Vatican, together with the LWF created an ecumenical study group (the Roman Catholic/Lutheran Joint Commission) in 1967. Various reports from this commission were published, culminating in the 1994 Statement: Church and Justification: Understanding the Church in the Light of the Doctrine of Justification. The clear message that they had “reached substantial consensus on certain aspects of the doctrine of justification” was heard by both Churches and an Ecumenical Working Group was tasked with formulating a document that would “summarise the results of the dialogues on justification” (JDDJ par.4). The third draft of this summary finally became the Joint Declaration. 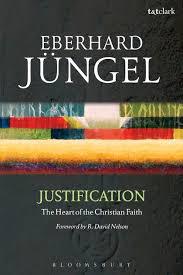 My personal “engagement” in this process is perhaps typical for many Lutheran theologians in South Africa. Being a recently ordained pastor in the Lutheran Church at the time (1999), I was still strongly under the “influence” of my teachers—two of which I need to mention here to make my “engagement” clear. On the one hand, there was Professor Klaus Nürnberger—who taught Systematic Theology in Pietermaritzburg. He was clearly unimpressed by this statement, saying that the whole conversation about justification had taken place on “cloud 9”, in the lofty sphere of theological abstraction, in which the perpetrating theologians had not even noticed that they had left the “people” way behind—the relevance of the concept of justification was no longer clear to the ordinary members of the church, much less to the people outside the church. On the other hand, there was Professor Eberhard Jüngel, with whom I studied for two semesters in Tübingen, who had serious doctrinal qualms about signing this declaration, criticising the lack of clarity and the compromising and accommodating thrust of the JDDJ. Now both these theologians were and still are important teachers to me—I cannot overlook their critique, or just ignore their stance as being cantankerous or old-fashioned. Both Nürnberger and Jüngel have written clearly and helpfully about the meaning of the doctrine of justification by grace through faith.  And yet I was thrilled and moved at the idea of these two Churches, who have a long and tragic history of mutual condemnation, finding a way to say to each other and to the world: The condemnations of the past no longer apply to our partners today. This was and still is reason enough for me to support and align myself to this conversation and its intentions.

Outline of the Joint Declaration on the Doctrine of Justification 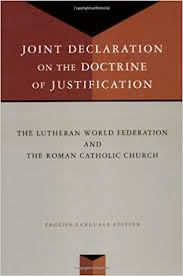 Before I attempt to give a brief summary of the declaration it must be made clear that this document does not claim that Lutherans and Catholics are in complete agreement about justification and all its implications. The ecumenism that is manifest in this process is not an instance of the “lowest common denominator theology” that one often finds in ecumenical documents. In fact, it spends more time on the differences in understanding than any other ecumenical document I have come across so far.

It presents the conversation in three distinct movements:

Let me encourage you to read with me the sections putting forward the common ground. It starts with paragraph 14, which reiterates the process of “listening to the good news proclaimed in Holy Scripture” as the wellspring of this newly discovered consensus. Then they continue in paragraph 15.

“15. In faith we together hold the conviction that justification is the work of the triune God. The Father sent his Son into the world to save sinners. The foundation and presupposition of justification is the incarnation, death, and resurrection of Christ. Justification thus means that Christ himself is our righteousness, in which we share through the Holy Spirit in accord with the will of the Father. Together we confess: By grace alone, in faith in Christ’s saving work and not because of any merit on our part, we are accepted by God and receive the Holy Spirit, who renews our hearts while equipping and calling us to good works.

“16. All people are called by God to salvation in Christ. Through Christ alone are we justified, when we receive this salvation in faith. Faith is itself God’s gift through the Holy Spirit who works through word and sacrament in the community of believers and who, at the same time, leads believers into that renewal of life which God will bring to completion in eternal life.

“17. We also share the conviction that the message of justification directs us in a special way towards the heart of the New Testament witness to God’s saving action in Christ: it tells us that as sinners our new life is solely due to the forgiving and renewing mercy that God imparts as a gift and we receive in faith, and never can merit in any way.

“18. Therefore the doctrine of justification, which takes up this message and explicates it, is more than just one part of Christian doctrine. It stands in an essential relation to all truths of faith, which are to be seen as internally related to each other. It is an indispensable criterion which constantly serves to orient all the teaching and practice of our churches to Christ. When Lutherans emphasize the unique significance of this criterion, they do not deny the interrelation and significance of all truths of faith. When Catholics see themselves as bound by several criteria, they do not deny the special function of the message of justification.”

In this last paragraph we already see the method that is then employed further along to speak about the distinctive Lutheran and Catholic emphases or views. There are seven of these discussed in the declaration. Each paragraph constructed in the same way, first explicating the common understanding and then highlighting the specific view of the Catholics and then the Lutheran teaching:

I find the procedure used in this section to be the most significant contribution of this historic declaration—even though I have much to criticize about the actual content and formulations. They are indeed compromises, some hardly acceptable to confessionally sensitive theologians from both churches—as the many critical reviews from both sides attest. But this should be a subject for a different seminar on this document. The procedure is to my understanding exemplary and worthy of being imitated in all subsequent ecumenical conversations. Especially in view of the topics that this declaration itself mentions as matters that still have to be clarified: “the relationship between the Word of God and church doctrine, as well as ecclesiology, ecclesial authority, church unity, ministry, the sacraments, and the relation between justification and social ethics.” (Paragraph 43).

The significance and scope of this declaration is spelled out in paragraphs 40 and 41, which summarises again the historic importance of the document.

I return finally to the questions and critiques I have inherited in part from my teachers mentioned earlier. There is something very important missing in this declaration. Perhaps one could immediately argue that such a declaration cannot include it—but I want to call for it nevertheless—especially as we are celebrating 500 years of reformation this year. What is missing is a clearly spelled out argument about why “Justification of the godless sinner by grace through faith in Christ” is relevant to the world—or at least an attempt at proclaiming this message, “that justification is the work of the triune God” (paragraph 15) in words that the people of today (or to be fair, the people of 1999) can readily understand. Are any of the terms used to express the doctrine of justification still used by people today to understand or interpret their own situations? This is the question I have inherited from my teacher, Klaus Nürnberger—and one that I believe needs urgent answering. I believe that his attempts at an answer point us in the right directions—we need to speak about “the unconditional acceptance of the unacceptable” in a world in which acceptance is probably the deepest need humans beings have. If we could re-read the declaration on Justification in the light of this questions, we will notice that it also falls short in terms of spelling out the consequences such gracious justification by God has for the world in which we live and the way we live in it. The emphasis on justice that was brought to the table by the Reformed Churches in the “Association” Document that we will discuss later, is to my mind also an answer to this very question.

I conclude by pointing to another document that perhaps should be taken up in our discussions about the future of the churches of the Reformation—a document that shows clearly that the conversation between Lutherans and Catholics has continued beyond the agreements reached on the 31 October 1999. This document is called: “From Conflict to Communion,” and it was published for the “Common Commemoration of the Reformation 2017” by the LWF and the Pontifical Council for Promoting Christian Unity. It is available as a free download in PDF format from the LWF websiteand gives details about the conversation since 1999.