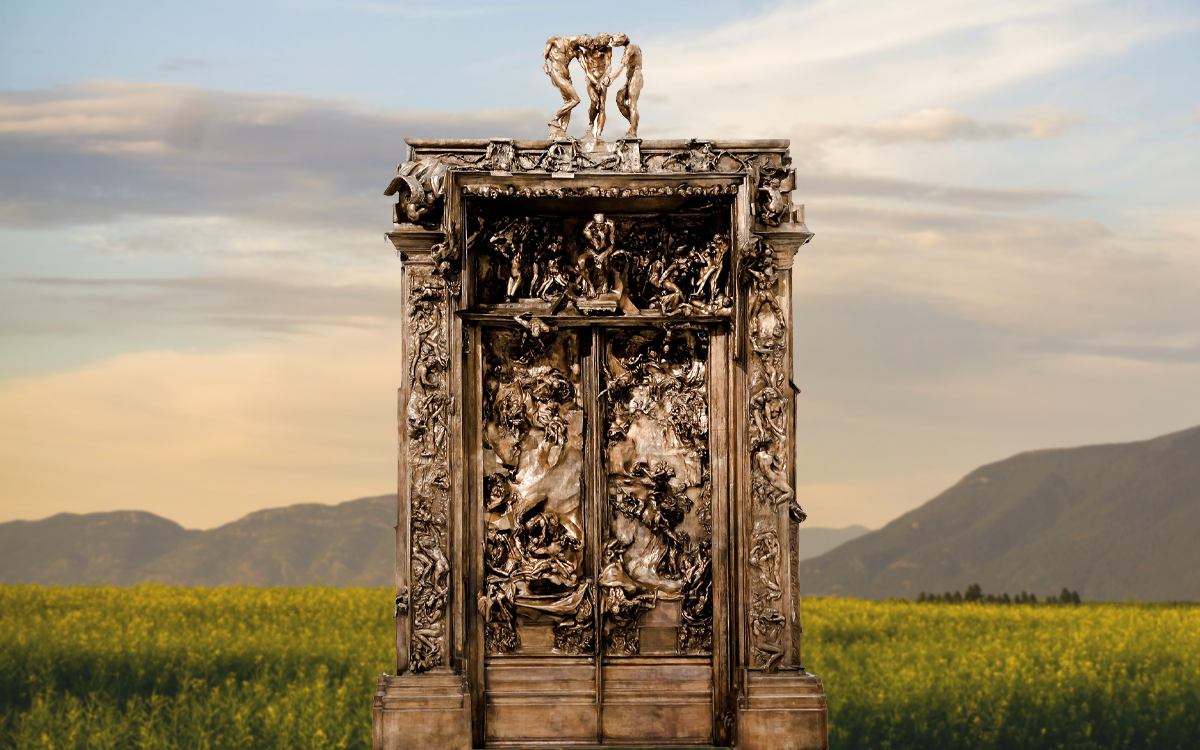 Our editor weighs in this week with some thoughts designed to scrape as they’ve scraped on him of late.

Before we get to that, allow us to invite you to Crossings Table Talk, a new offering conceived and organized by Steve Albertin and Cathy Lessmann. It’s a monthly chance to talk Gospel over Zoom with a text from our Crossings library to get the talk rolling. An assortment of conveners will guide the conversations. The first is set for October 6. The text will be Robert Bertram’s “The Lively Use of the Risen Christ,” Steve Albertin convening for the day. To get in on the conversation, drop a note to Cathy who will send you a Zoom link. Please, join the fun!

“…On this rock I will build my church and the gates of Hades will not prevail against it” (Matt. 16:18). That was Jesus talking to Peter in the Gospel reading of a few Sundays ago. By extension, it was our Lord talking to us, prompting in many the image of doughty Christians huddled in their Jesus fortress as the godless orc-hordes assault the walls. “Don’t worry,” says Jesus. “They won’t get through. You will somehow survive.” Or so he was heard, I think. I heard him that way myself for too many years.

I heard him wrongly, of course. To see this, one needs only to step out of the shadows of preconception and read the words as written. “The gates of Hades.” Hell, if you will. That’s the target of the attack. The ones mounting it are the Peter types who, by the Father’s grace, are clued in on the big secret: “[Jesus is] the Christ, the Son of the living God.”

This comes through clearly in The Message, Eugene Peterson’s paraphrastic rendering of the Biblical text in the American-English idiom of A.D. 2000 or so. Peterson, who maddens and enlightens in more or less equal measure, has Jesus saying this to Peter—

God bless you, Simon, son of Jonah! You didn’t get that answer out of books or from teachers. My Father in heaven, God himself, let you in on this secret of who I really am. And now I’m going to tell you who you are, really are. You are Peter, a rock. This is the rock on which I will put together my church, a church so expansive with energy that not even the gates of hell will be able to keep it out (Mt. 16:17-18).

Go ahead. Roll your eyes. Then notice that Peterson nails the final clause stone cold. This is exactly the import of the Greek original, words designed to keep apostles pushing forward with confidence and joy on the mission Christ will give them. “Go. Make disciples.”

Lutherans of all Christians ought to know a promise when they hear one. We have no business hunkering behind the walls of ecclesiastical subculture for fear our children will be corrupted by the big bad world. Too many of us did that for too many decades, and too many are doing it still. Like that’s been working for us—or for the kids.

Equally we have no business hiding our identity for fear it will grate on somebody in that big bad world, crackling with judgment, if we start to talk too much or too seriously about Jesus. Like Jesus ever worried what the arbiters of respectable opinion thought about him. His goal, as it happens, was to flout such opinion. To puncture it. To “[break] down its walls for our release,” as Martin Franzmann wrote in “O God O Lord” etc., of all his hymns the most spectacular. 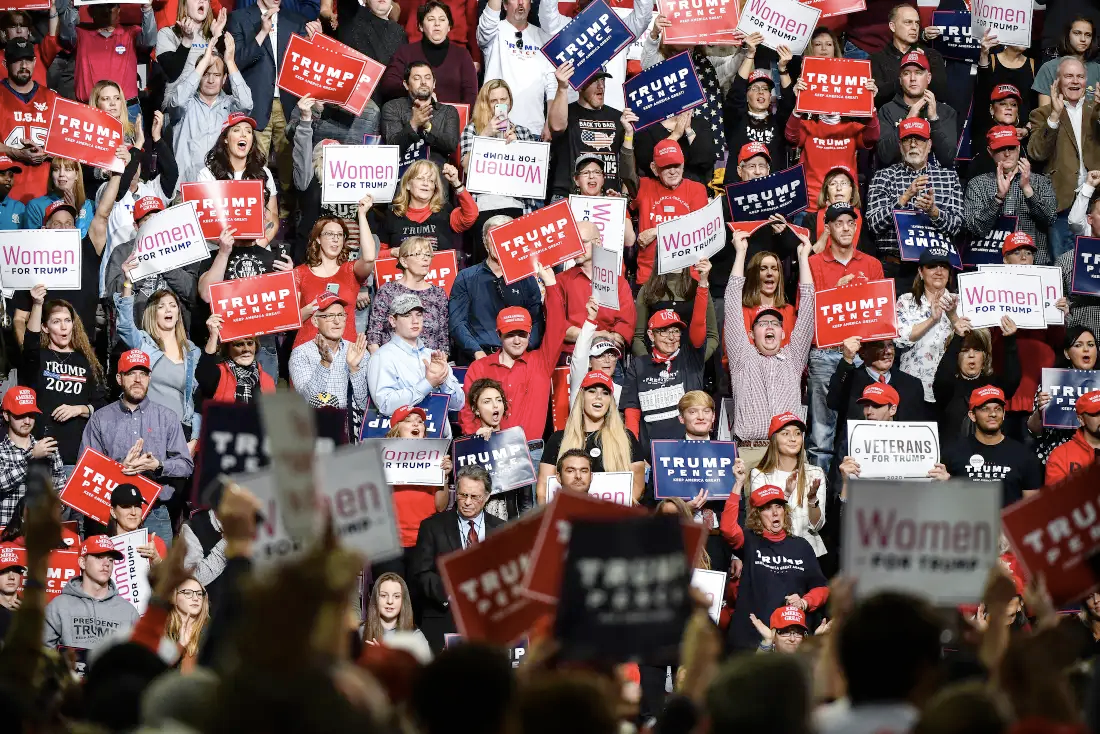 Properly understood, respectable opinion is an instrument of the Law. As such it winds up serving God by delivering sinners to the devil draped head to toe in the scathing disdain of the righteous, the ones who “get it” as the rubes do not. Lex semper accusat, as Melanchthon says. Respectable opinion of the kind most Crossings readers are enslaved to (I think) consigns MAGA-hat wearers to an outer darkness where there is weeping and gnashing of teeth as MAGA-man himself works his way through a thousand-year-long ramble that they’re forced to listen to, beginning to end. (Slave that I am, I find this delicious to contemplate.)

Respectable opinion of this sort will stand with the scribes and Pharisees of Jesus’ day in being utterly appalled by Christ’s attitude toward such as these. Beneath every MAGA hat he finds someone to treasure—someone to waste his life on. That includes the ones with semi-automatic assault rifles draped over their shoulders. With such as these he sits, he eats. For such as these he dies his way into hell to spring them from the judgment that puts them there. He makes them new in body, mind, and spirit. He leads them home to whoop it up with that awful wretch who expired to his right on Golgotha. And the devil can’t stop him from doing this. That’s his promise to Peter and the rest of us too. No wonder noses get held in the courts of the righteous—Harvard Yard, say—when his name comes up.

Mind you, if I were writing this for the crowd that sees Harvard Yard as the devil’s nest, I’d be giving it a different twist. That’s the maddening thing about this Lord we belong to. There’s not a judgment out there that he doesn’t thumb his nose at. Not a person that he won’t crash hell’s gates to retrieve. Assuming, that is, that they have the repentant sense to want to be retrieved.

“Go,” he says. “Tell them about me.” Not some of the nations, but the whole kit-and-kaboodle of them.

Again, let’s face it. This is an offensive mission he sends us on. Take that secular crowd on the bluish side of the American spectrum, the one that lots of us identify with. What drives them crazy about Jesus is, above all, his wretched “exclusivity,” embodied in his claim to be the One and Only who can get the world right with God, if indeed there is a god to get right with. Granting the latter, how dare one “privilege” the Jesus proposal over all others! So say the sputtering critics, expecting everyone within earshot to nod sagaciously, or at least politely.

As it happens, there is too much polite nodding in the pastoral circles I’m familiar with. Once every three years the lectionary dishes up Acts 4:12 (“salvation in no other name”) in the readings for the Fourth Sunday of Easter. See how the preachers dance around it or avoid it altogether for fear—yes—of offending somebody.

Yet offend we should. Offend we must. The times demand it. So does our Lord. What gets missed in the beef about Christ’s exclusivity is a wondrous paradox that lies at its heart. The paradox is this: the very thing that makes Jesus so offensively exclusive is his outrageous inclusivity, as in Jew and Gentile held together in a fierce determined love that no other person—no other salvation system—comes anywhere close to approaching. Who else these days would think to render the same embracing judgment on AOC and that Q-Anon congressional candidate in Georgia? Both, says he, are worth his death. And in so saying he overrules their judgments on each other. I’ll bet both would choke with scorn and fury on hearing this. 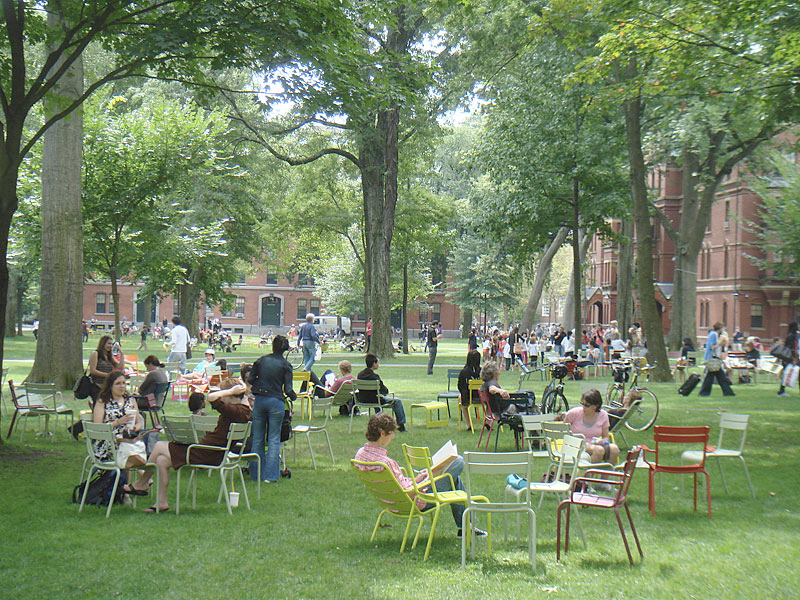 Truth be told, I choke too. As do you, I’m sure. This Lord we follow is an equal opportunity offender. He gets in the face of disciples as well as opponents. The road I take between home and work these days runs me past a host of properties festooned with Trump-Pence signs. “Keep America Great”—that’s this year’s slogan. Are you out-of-your-mind kidding? To say I despise the folks who flaunt those signs would be overstating the matter, but it comes close enough to give me pause. Long, extended pause. That they in turn would want to run me off the road were my bumpers caked with Biden stickers is of no comfort at all. It merely reminds me of the mutual suspicion our land is trapped in—hard, stubborn, clad in the armor of righteous certainty, bordering on hatred. That’s the real devil’s nest of our American day.

“Love your enemies,” says Christ the Crazy as he marches into this version of hell. Who else would do that?

I think the challenge of our Christian moment is to love those people we can’t abide, and to do so from whatever side of the cultural divide our hearts and sensibilities are rooted in. How we do this, I can’t begin to say. It certainly doesn’t mean silence on the day’s great questions of what is right and true and good. It does mean a heap of humble obedience to the One who died for sinners of every stripe.

First and foremost, it means trusting the promise of him who crashes through the gates of this hell too to spring God’s children loose. Not some of them, but all of them. Not just black, white and brown—really, what Christian argues with this?—but red and blue and purple too.