Thursday Theology: A Timely Sermon on Religion and Politics (November 19, 2020)

Election Day 2020 is behind us—and the American electorate is as divided as ever. Joe Biden may have won the popular count by almost six million votes, but Donald Trump got four million more than Barack Obama in his best year, the one that marked him momentarily as the highest vote-getter ever.

One implication of this: unless the congregation you belong to or serve has hoisted signals identifying it with one or the other of the great red and blue camps, then you do well to assume that somebody you go to communion with is not your political friend. Pastors, like it or not, remain stuck with the challenge of preaching to multi-hued flocks, every member of which is ever so dear to the Shepherd-in-Chief.

How then to proceed? For that we offer some thoughts from Steve Albertin, embedded in a sermon he preached some years ago on Jesus’ interchange with his opponents about rendering to Caesar and God. We trust you’ll find this useful. 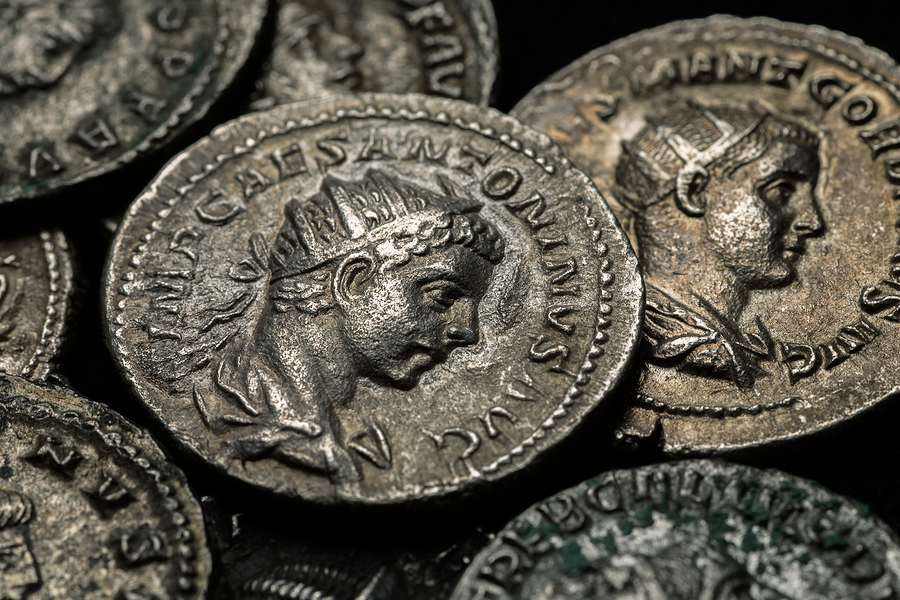 President Trump is a Presbyterian but says he does not ask God for forgiveness. Former presidential candidate, Mitt Romney, was a Mormon and assured us that it didn’t matter. Mike Pence is a born-again Christian and is proud of it. Barack Obama was once proud to have as his pastor the controversial Rev. Jeremiah Wright, then later rejected him. It seems that our country’s politicians are unsure of what should be the relationship between religion and politics.

The First Amendment of our U. S. Constitution seems to reflect the same uncertainty. On the one hand, this country should have no official, state-favored, state-established religion. On the other hand, the state shall protect the free exercise of all religions.

It gets confusing and messy. I think that’s why my father told me, “Religion and politics don’t mix.” For many, religion has become a matter of “personal taste” better left in the privacy of home or the solitude of the sanctuary. We live our public lives divorced from our private religious faith.

We legitimately fear a government run by clergy where state-sponsored religion is shoved down our throat whether we like it or not. That undermines both the free consent of the governed and the free practice of religion. We want neither.

The relationship between church and state is messy. It is not easy to draw a line between them. They are constantly bumping into each other. Many examples fill the history of our country. Both the abolitionist movement at the time of the Civil War and the civil rights movement in the mid 20th century began in the church among religious people who pressured the state for social change. Today such issues as abortion, immigration, healthcare and school vouchers reflect the influence of religious belief in public life.

Today’s Gospel also reflects the conflict between church and state, religion and government, God and Caesar. The Gospel readings for the last several weeks have reflected the frequent conflict between Jesus and his enemies. The religious leadership hatches one plot after another to trap Jesus and discredit him. They dislike the way he disturbs the status quo. They resent the way he asserts his own authority at the expense of their own. He claims authority that should belong only to God.

Jesus’ enemies, the Pharisees and Herodians, represent two distinctly different approaches to dealing with the conflict between religion and politics. The Pharisees hated the Roman occupation of their land. They resented the Romans. Yet they did not promote revolt. Instead they practiced their religion privately. On the other hand, the Herodians had thrown in their lot with the Roman occupation. They fully cooperating while gaining for themselves significant political and economic advantages.

Then along comes Jesus. He supports neither of them. They must silence him. They begin by flattering him and then pop the loaded question: “Is it lawful to pay taxes to the emperor (to Caesar) or not?” Regardless of how Jesus answered, he would be trapped. He would look bad. If He recommended that they not pay taxes, then the Herodians could paint him as a dangerous revolutionary and enemy of the state. If He recommended paying taxes, then the Pharisees could expose Jesus for being just another phony, self-serving religious opportunist willing to kiss-up to Rome to save his neck.

However, Jesus evades the trap and outsmarts his critics. He knows what they are doing. “Why are you putting me to the test?” He calls a spade a spade. “You hypocrites!”

Both the Pharisees and Herodians thought they had worked out an effective compromise between God and government. However, Jesus threatened to blow their cover and expose them.

Jesus begins simply. He asks to see the coins that they have in their pockets, the coins that they use to keep their lives running smoothly as they go to the market to buy a loaf of bread, support the local economy and keep Rome happy. The request seemed innocent. No big deal! They innocently reach into their pockets for a coin. Little did they know that Jesus had already trapped them.

Jesus then asks them another seemingly innocent question. “Whose image is on the coin? And whose title?” Any good Jew would have immediately recognized the significance of a question about “image.” The First Commandment explicitly prohibited the Jews from making any graven images for fear that they could become idols. The inscription on the coin made matters even worse. It said, “Tiberious Caesar, son of god…”

Jesus had caught them red-handed with the evidence in their pockets. They thought they had worked out their clever compromise between religion and politics when in fact they had broken the First Commandment. Not only were they using a graven image, they were supporting an empire whose emperor claimed to be a god.

Jesus shows that there is no “wall of separation between church and state” On the one hand, Rome has a legitimate claim on that money. It provided the relative peace and security that had permitted the Jews to prosper.

At the same time, all of life belongs to God and everything is under God’s scrutiny, even the Roman empire. On that score, despite all the good that it does, like every government that has ever existed, it is still imperfect. It still flunks. It is still under God’s judgment.

What is Jesus’ point? What is Jesus telling the Pharisees, the Herodians…and us? All of us have dirty hands. The competing claims of the emperor and God catch us all in a bind. The coins jingling in our pockets convict us. Our government may not be Rome with its millions of slaves, but it is far from perfect. Even though it may not be claiming to be God, some think that it is acting more like god every day. Like the Pharisees and the Herodians, we are hypocrites pretending that we have staked out our safe and righteous hiding place behind the “invisible wall of separation between church and state.”

However, Jesus will not let us hide. When Jesus catches us with the evidence in our pockets, he has us just where he wants us. We use the money of a country where justice is incomplete, where minorities suffer discrimination, where the rich and powerful often enjoy unfair advantage and where the weak and vulnerable are often crushed by “the system.” All we can do is beg for mercy. Trapped between the demands of government and God, afraid that we can trust no one…Jesus offers himself.

What more do we need? Let down by the promises of empire and government, we can count on Jesus. Jesus goes to the cross carrying our dirty money, compromised lives and endless hypocrisies and suffers for us. From the cross he forgives our hypocrisies and the lies we have told ourselves.

The kingdoms, empires, states and governments of this world continually disappoint us, but God never turns away. As bread is broken and wine is poured, as water is splashed and sins are forgiven, God in Christ surprises us with mercy. Governments let us down. They can never be god. We can never give them our complete trust. However, God we can! This God whom we meet in Jesus gives us a new life when it is the last thing we deserve.

Therefore, we are free to go back out into this world with a clear conscience, confident of who we are and whose we are. We can act and do our best to improve government and participate in politics for the sake of others. We can use our brains and try our best to make this world a better place. We can do it all with a peace that surpasses all human understanding. 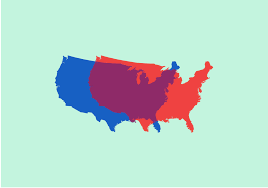 My father always warned me: Don’t mix religion and politics. If we took a vote here today, we would see how divided we are on the issues of the day. But here we can do what can’t be done any other place in this world. Despite our differences, we can turn to that one with whom we have just disagreed so passionately and say, “The peace of the Lord be with you.” And surprisingly we will hear those same words directed in return back to us. Here we can pray for those with whom we have just argued. Here Democrats and Republicans, liberals and conservatives, can stand together to receive the body and blood of Christ.

In our contentious, conflicted and partisan world, where everyone must choose up sides and fight for their causes, we straddle the conflict. We love and respect those with whom we disagree.

In the process, we will be scorned. We will get nailed to our crosses. However, as a friend of mine once said, “When we get nailed to the cross with Jesus, we are in a good place. Because next to Jesus…we look good on wood!”