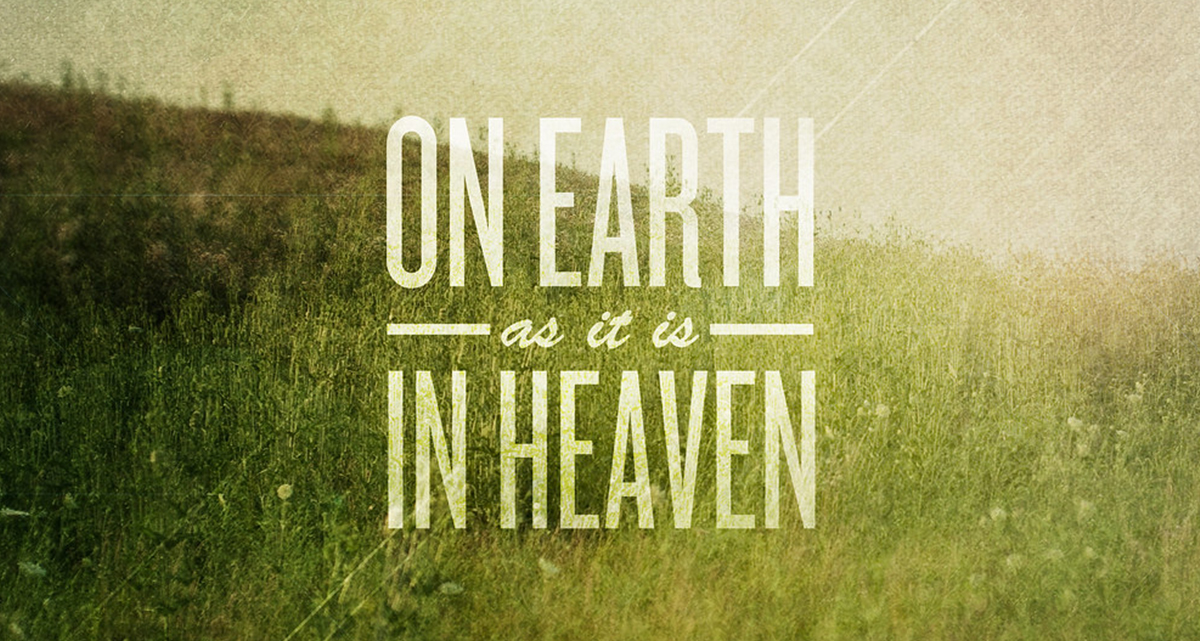 From Richard Gahl comes another installment in his ongoing series on the mission of the Church. We send it along for your reflection and encouragement.

Dick’s closing observations prompt us to remind you of a forthcoming series of Bread for the World webinars. We mentioned these two weeks ago. They’re scheduled for May 19 through May 21. The news this week brings reports of growing hunger in the U.S. Here’s one from Monday’s Washington Post. All the more reason to learn what Bread is doing and how you can help.

On Earth as in Heaven

This series has focused on the church as agent of God’s mission. It operates with the premise that the New Testament is a textbook of instruction for the post-resurrection church as it carries out its charge to bring God’s mission to the world.

This installment directs attention to Matthew’s summary descriptions of the ministries of both John the Baptist (3:2) and Jesus (4:17). They inaugurate a specific proclamation: “Repent, for the kingdom of heaven is near.” Later, when Jesus sends the disciples on a first mission trip, he tells them, “As you go, proclaim the Good News, the kingdom of heaven has come near” (10:7). Again, note that word “proclaim.” A form of it is used in each of these three settings.

A usual reading of these passages highlights the word “repent.” But an exclusive concentration on that word misses the reason for its call to change the way we think and act. Why do this? Because the kingdom of heaven is near. This kingdom of heaven is the content of the proclamation—the Gospel, the Good News.

Matthew will be the primary basis for this present study of the term.

The Lord’s Prayer (Mt. 6:9-13) provides one lens for viewing “kingdom of heaven” language. “Your kingdom come. Your will be done on earth as in heaven.” Normally these two petitions are viewed separately. But what happens if we let one interpret the other? The kingdom—on earth. What happens if the presence of God in heaven is near, is coming into this world? Is not God’s will being done on earth as in heaven when John, Jesus, and the disciples start to proclaim this?

An operating thesis might be stated as follows: heaven is where God is. The kingdom of heaven on earth is God’s desire, God’s goal for this planet. John sets the stage for it. Jesus is crucified to underwrite it and raised to new life to direct its unfolding. We are now the baptized agents of that kingdom today, a new kind of society, a new creation. Heaven on earth is where God’s good and gracious will is being done, however imperfectly. 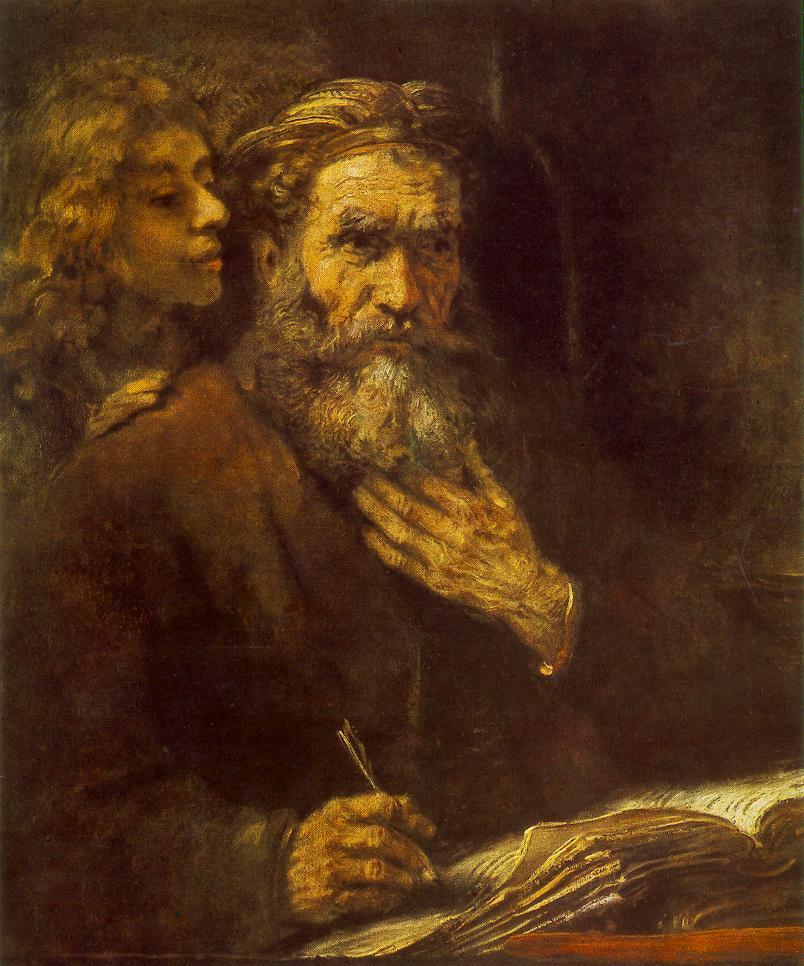 What is the evidence to support this thesis ?

“If you check my Treasures in Heaven bank account you will see that I have built up a nice balance. Oh, it’s probably not as much as I had hoped, but I did as best I could with circumstances for my church, Lutheran World Relief, the United Way, food drives, the college annual fund. I could go on, but you get the picture and have the records to document it. May I come in?” 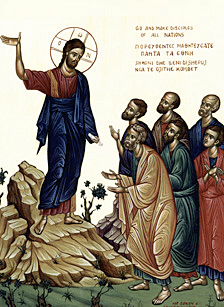 That pretend conversation is infected with far too much of the old works-righteousness gremlin. It may “work” as a fund-raising strategy. But, “I deserve entrance to heaven because of the good things I have done” is a gross insult to the grace of God. Let’s say it bluntly: Heavenly Retirement Accounts need to be banished! In Mt. 19 Jesus is in conversation with a wealthy young man who wants to join up. Jesus tells him to sell his possessions and give the funds to the poor. Then he will have treasure in heaven. Then he can follow Jesus. But the young man goes away grieving. The next verses connect back to the kingdom of heaven, with the question of how one enters it. Jesus conjures the absurd image of a grumpy old camel who tries to squeeze through the eye of a needle. That’s the rich person trying to force his way into the kingdom of heaven. It can’t be done. The disciples despair. Nobody can make it in if the rich can’t. Jesus promptly sets them straight: nobody, yes nobody, can qualify themselves for the kingdom—for them, that’s impossible. But for God, all things are possible.

The Kingdom of heaven shines a new light on treasuring. The Good News is that the kingdom of heaven is breaking into the here and now – doing on earth the will of God just as it is being done in His presence today. N. T. Wright has an enlightening insight into the scene in chapter 16, at Caesarea Philippi when Peter confesses Jesus to be the Messiah, the Son of the living God. Jesus responds about building the church. He is not going to build a city or even a temple. He is going to build a community (church) of all those who give allegiance to him as God’s anointed king. This community starts at Caesarea Philippi. Dare we add to Wright’s comment that this community continues to proclaim and do God’s kingdom wherever and whenever they happen to be?

Just as Jesus taught his followers to pray that God’s Kingdom would come on earth as in heaven, so now he claims that all authority in heaven and on earth has been given to him, and on that basis commands the disciples to go and make it happen—to work in other words, as agents of that authority. What remains implicit in Mark, at least as we have it, is made explicit in Matthew: resurrection does not mean escaping from the world; it means mission to the world based on Jesus leadership over the world.

For emphasis sake, let’s pick up a different image. Light is a major theme in the Gospel of John, but we have to go back to Isaiah 9 to connect the kingdom of Heaven with God’s promise. “The people who walked in darkness have seen a bright light. The light will shine on those who live in the land of death’s shadow.” Fast forward to Ephesians. “Once you lived in the dark, but now the Lord has filled you with light.” A few verses later: “And you will shine with Christ’s light.” Not just seeing light but doing light. On earth as in heaven. That’s who we are. That’s what God’s people do.

Writing these words on April 22, I see a stunning contrast between the old kingdom we’re used to and the Kingdom we pray for. In one picture protesters are demanding their freedom back. Enough of the government stopping us from doing what we want to do when we want to do it. This is a free country. We demand our freedom now! The other image unfolds at Cleveland’s airport on April 17. Twenty-five Cleveland Clinic doctors and nurses board a plane for New York City where, for the next month, they will bring help to the harried medical teams in that hot spot. We soon see the marks of the PPE face mask on bruised, exhausted Cleveland faces. Their first words at the hospital entrance are: “Lead us to where we can help so that some will have a chance to recover.”