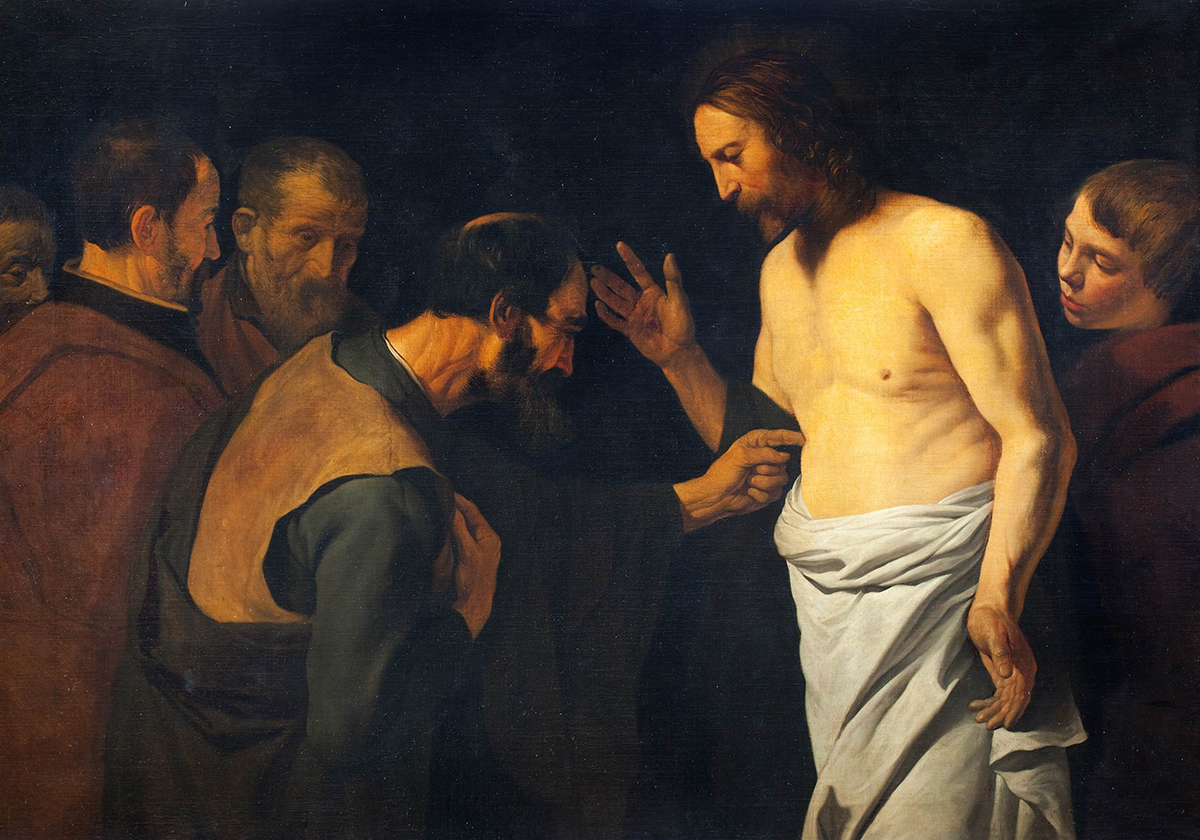 We send along another comment by our editor on an item that snagged his eye in recent days.

While working on last Sunday’s sermon about Jesus’ conversation with Nicodemus (John 3), I caught something in the text I hadn’t noticed before. It’s the main verb in the main clause of Jesus’ opening sentence, the one that’s cast as an “answer” to Nicodemus’s presenting assertion: “We know that you are a teacher come from God.” Says Jesus, “Unless one is born from above”—or born again—“one is powerless to see the kingdom of God” (v3). One response later that gets expanded to the line imprinted on most all our memories: “Unless born of water and Spirit one is powerless to enter the kingdom of God (v5).

It’s this distinction between “see” and “enter” that I had hitherto missed. I need to say more about that sometime. For now a comment merely on the thing itself, beginning with another item I recently stumbled across, namely the best definition yet of the phrase “kingdom of God.” It’s by the British scholar, bishop, and gushing faucet of the published word, N.T. Wright:

No one can see this kingdom—this stunning move God is making preeminently in the person of Jesus and, by extension, through those people Jesus calls “my own” (John 10:14)—unless this recognizant person has herself been recreated and reconstituted by the Author and Giver of Life. That’s what Jesus is underscoring with Nicodemus, who, to this point, has seen Jesus run riot in the temple (2:13-22) and not much more. Later we’ll find him pitching in with an absurdly weighty and generous contribution toward Jesus’ burial (19:39), the presumption at this point being that he sees something of inestimable worth in that crucified corpse that none of his peers, aside from Joseph of Arimathea, can begin to see, let alone to comprehend.

“I cannot by my own reason or strength believe in Jesus Christ my Lord or come to him. But the Holy Spirit has called me through the Gospel, enlightened me with his gifts, sanctified and kept me in true faith.” This is Luther using more words to repeat 1500 years later what Jesus says with such exquisite pithiness in that opening line to Nicodemus. One can also catch here something of the same distinction that shows up in Jesus’ parallel statements, the first about seeing the kingdom, the second about entering it. In Luther’s version the distinction is between believing in Jesus (Step One) and coming to him (Step Two). To believe is to see at last who Jesus really is—not the brilliant flameout, long since dead and buried though his memory lives on, but the living Lord and God, as Thomas will finally assert (John 20:28). To come to him is to embellish that assertion with one’s personal pronoun: “My Lord. My God!” With that one has moved from seeing the kingdom to jumping in and splashing around with verve and gusto as one of its cross-bearing citizens. Entrance, in other words.

Three points bear immediate emphasis here. First, talk of the “kingdom of God” is mere babble these days unless it’s anchored squarely in obeisance to God’s crucified and risen king. The common term for such obeisance is “faith in Jesus.” This, say the New Testament witnesses, is the One through whom God launched the gracious, restorative rule the prophets had long promised, a rule that continues to spread and percolate in the world. In John’s Gospel the first public hint of that rule-in-the-works is Jesus’ foray into the temple. The ultimate, defining signal that it’s here for good—once and for all—is the resurrection of the crucified one. (“Destroy this temple, and in three days I will raise it up” (2:19)). 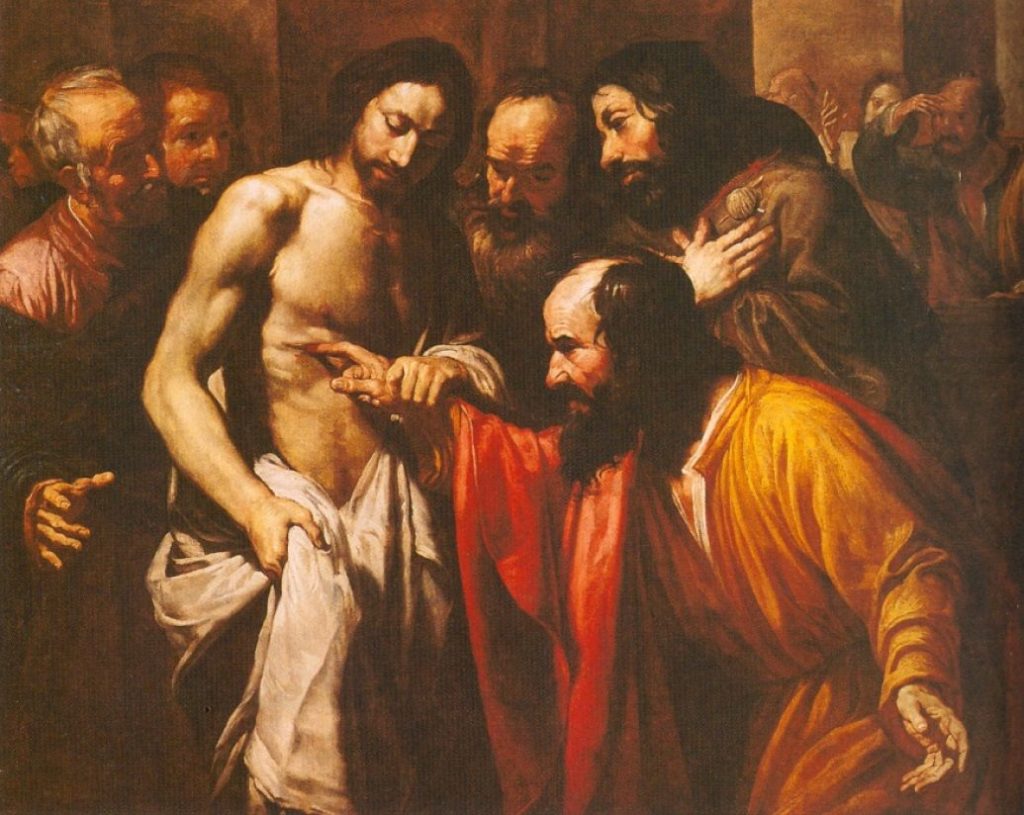 Second, it takes an act of God to notice the current spread and percolation of this rule—to see it, in other words. Blindness continues to be the norm, also and all too often in the church itself where the last thing people see as they sit around a meeting table haggling over budgets is the saintly character of the folks they’re haggling with. Few are the gasps of astonished thanks these days when a baby is baptized or an absolution pronounced. Nor, as I pointed out some months ago, are Christians prone to look in such directions when they ask what God is up to in the world.

Third, this necessary, eye-opening act of God is inextricably bound to the Gospel and one’s ongoing exposure to it through preaching, teaching, study, and participation in the sacraments, be that a daily remembrance of one’s own baptism or a weekly trip up the aisle to the waiting Eucharist. One of the great threads in all four gospels, and especially Mark, is how hard it is for Jesus himself to stir genuine sight in the eyes of his disciples as they tag along behind him. So too and all the more these days as the Spirit labors to open our eyes and keep them that way—still seeing, that is; not clouding over with a cataract of otherly-gospeled speculation about the reign of God, and where it is (or isn’t), and how it comes about (or doesn’t). To that end, the all-important item in the Holy Ophthalmologist’s toolkit is the scalpel of the Gospel. Keeping it honed and available for the Spirit’s use is what Crossings, for one endeavor among others, is ultimately about.

Until people believe that God was and is at work “for us and for our salvation” in the flesh of Jesus, they will not see the kingdom of God. They simply won’t. Nor will they be of any use it all in helping others enter it.