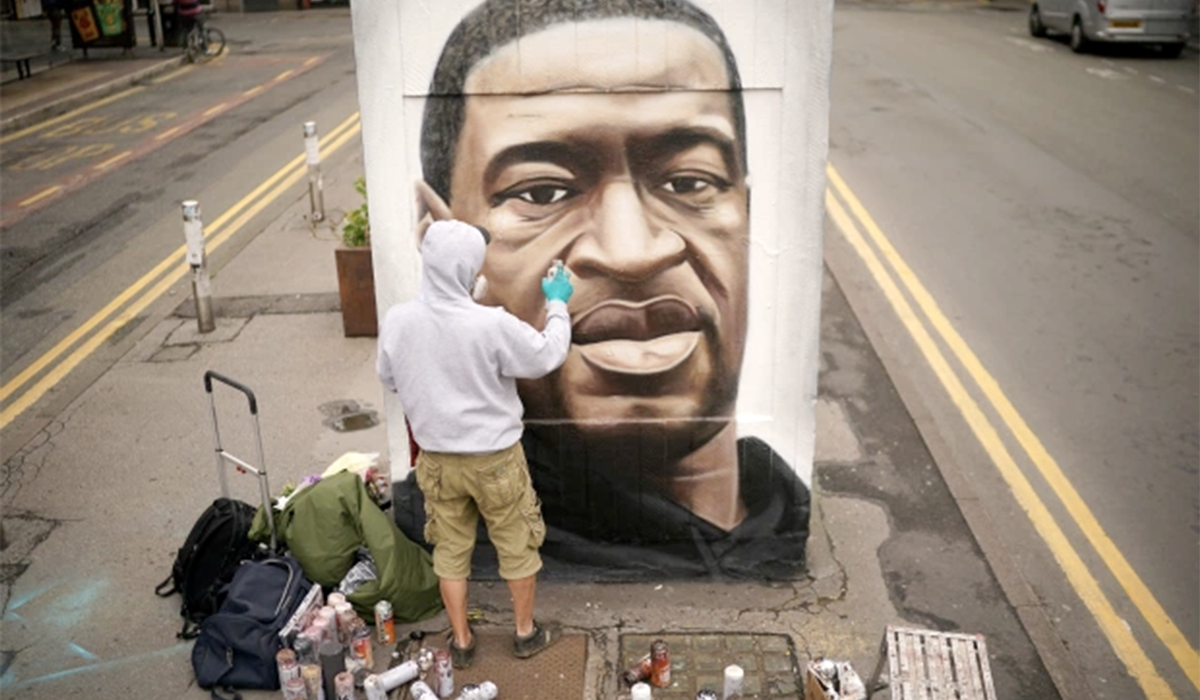 Our editor speaks his mind today. With fear and trembling, he adds.

George Floyd as a Summons to Lutheran Repentance

On March 23 I started posting a daily devotion on my congregation’s website. This was the day after our state officials ordered offices to close and people to stay home to suppress the spread of covid-19. Last weekend I scrolled through the file where the posts are stashed. Here’s something I found:

Today is Easter Monday. I began the morning with a prayer appointed for the day by the Book of Common Prayer…. It asks that we who “with reverence” celebrate Easter “may be found worthy to attain to everlasting joys.” That’s a challenging line. I plan to spend this week thinking about it. The lazy Lutheran in me wants to dismiss it out of hand—“It’s all on Christ; none of us is worthy, however hard we try!” But then I read an opinion piece in this morning’s New York Times by Charles M. Blow. It’s about the disproportionate danger that African American men are facing in the current pandemic. It ends with this sentence: “Were it not for your accident of birth, these brothers could be your brothers.” Right away an Easter thought sneaks in: “But they ARE my brothers—the baptized ones for sure; the others brothers-in-waiting.” So where I’m concerned, is that nothing more than pious babble, empty of content, or does it in fact describe a piece of the new reality Christ has brought me into? And what will I do with it and other such astonishments? Will the coming stretch of hours be for me a genuine Easter day or another lame and tired rehearsal of the same old, same old?

I wrote this a month and half before George Floyd was murdered and the country erupted in overdue rage. To read it now is eerie. It’s embarrassing too, to say nothing of maddening. I submit that George Floyd would be alive and this land of ours at peace had its Christians not spent the past few hundred years rehearsing the same old, same old, instead of grabbing for the new with full hearts and both fists.

This is not a new problem. We see Paul contending with it in his letters. Peter does the same. So do the evangelists, each in their distinct way.

When Luther is sprung on the world 1500 years later, he addresses the problem too, though only in part. I submit today that even Luther under-tells the Gospel. So do his co-confessors. No wonder their American progeny keep missing the boat.

We grew up fixated on the notion that the forgiveness of sins is the be-all and end-all of the Gospel. That’s what grace offers and faith grabs onto. With it comes a promise of a heavenly home, a place to lodge when you’re dead. Jesus gets you there. You don’t have to earn it. Of course, it would please God mightily if, in the meantime, you would pass through your days without being a jerk. So much the better if you can make it your aim to put a smile on somebody’s face. That’s what good people do, and God wants you to be good, though even when you’re not he’ll love you all the same.

There, in a nutshell, is the operative theology of the casual Lutheran who got through confirmation class and promptly shifted focus to “real” life, as in going to school and landing a job and raising a family and building a career, all of this undertaken with the assumptions her secular neighbors operate with. Same old, same old. Her sole exception to the norm, perhaps, is that she keeps God handy as someone to call on when the going gets tough.

I don’t think I’m being cynical here. The congregation I serve is peppered with people who think like this. I don’t see them very often. The pious regulars seem for the most part to operate on same-old assumptions too. I come to church because my friends are there; it’s the good thing to do; I like the pastor. The thoughtful among them will add that church keeps me in touch with the God who—what else?—forgives my sins. Here they do veer from secular assumption, though not by enough. By no means enough as Paul sees it.

A year ago I wrote of my astonishment on discovering how infrequently the words forgiveness or forgive appear in the New Testament. I stopped shy of spitting out the obvious conclusion. Forgiveness is but a piece of the good news the apostles are telling. The comforting of the troubled conscience may be Luther’s central focus. It isn’t theirs. Not that they fail to deliver that comfort. But their interest lies elsewhere, with another and greater project of which forgiveness is an essential piece, though only a piece, a step along the way. 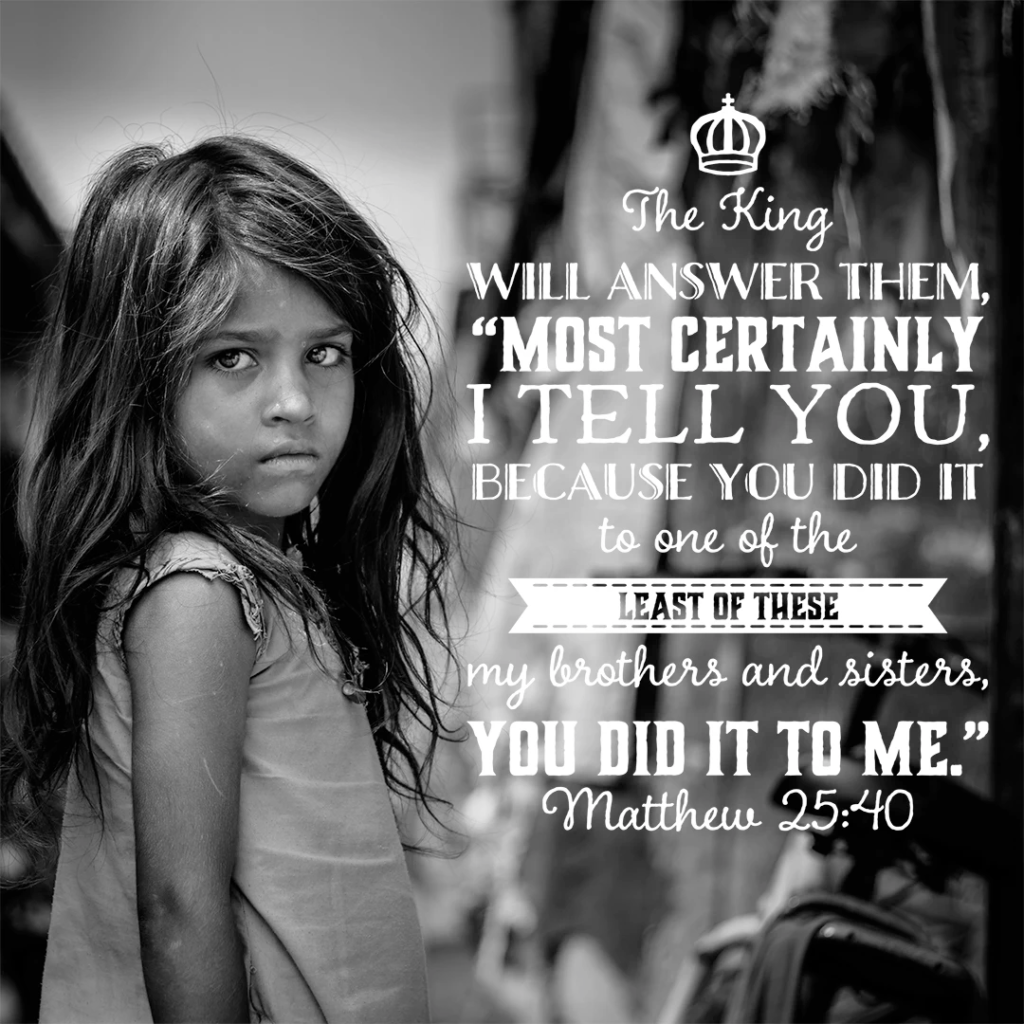 What they advertise without exception is the sudden emergence, in Christ and through Christ, of a new reality—Easter reality, as I find myself saying of late, a recent bath in Romans egging me on. “New creation,” says Paul. “It’s here. Look! You’ll catch it dimly, as in one of our ancient mirrors. Open your eyes.”

Paul’s letters throughout are exercises in Easter optometry. The life of the new unfolding age that came to light in the resurrected Jesus now comes to light in the people who trust him. They start to see that life in each other, whoever they may be; or if they don’t, then Paul points it out and urges them to take it seriously. No more Jew or Greek, slave or free, male or female. Corinthians are saints, go figure. That’s what God calls them on finding them “in Christ.” So act on this, Paul tells them. Treat each other as the holy ones you are. The old categories of distinction—rich/poor, smart/slow, highborn/lowborn, my kind/your kind—all these and so much more are yesterday’s news. In Easter reality they aren’t worth spit. “If God is for us”—not withholding his own Son but giving him up for us all—then “who is against us?” So how is it anything less than insane to contend against each other?

Easter reality is looking at my fellow Jesus-truster, whoever or however she or he may be, and saying of him or her, “my brother, my sister,” the words spoken not putatively, as if this language is merely metaphoric or, worse, a cheap exercise in Christian politeness, but rather in the joyful conviction that I’m describing what is. Out of such conviction—such faith, as we’re in the habit of saying—comes the behavior that brings God’s new creation into view so that others can glimpse it too and be astonished or dismayed as the case may be. Recall that Christ, this rock on whom we stand, is the stone that others stumble over. He annoys them no end. He upends their same-old agenda of getting fat and strong on the backs of the riffraff. In Christ there is no riffraff, but only daughters and sons of God Most High, precious beyond measure.

And yes, that God forgives sins is the sine-qua-non precondition of all this. But wondrous though it be—see Matt. 18:23-27—it remains a precondition, the entry point and nothing more (if one dare put it that way) to the subsequent marvel of the Easter age unfolding before our eyes. New creation is more than a future hope. It is also a present gift, accessible to eyes that do see and ears that do hear. So says Jesus (Matt. 13:16-17). So says Paul. Peter says it too (1 Pe. 2:9-10).

Whether Luther saw anything of new creation in those baptized peasants he railed at in 1525 is something I wonder about. But I muse in ignorance. I need to read.

I’m far less diffident when it comes to those who wear the Lutheran name in America today. I think we’re blind. Yes, we all tout the free gifts of God in Jesus Christ—grace, forgiveness, future resurrection—or at least we’re expected to. Marvelous. But there we stop as our ancestors did. And no one beefs when we fail to effuse with apostles and evangelists about the astonishment of Easter reality already shimmering in the bleakness of the same-old, same-old. No one says “Look!” to the kids in confirmation class. Instead we tell them they’ll go to heaven. Or else we bark at them to pull up their do-gooder socks and help bring in the kingdom. As if the kingdom itself is not a gift, free and spectacular, a work of God already unfolding. Either way we sell the Gospel short. We disappoint Christ. We hinder the Spirit’s Easter project.

Lutheran preachers need to repent. I mean preachers across the board, from left to right and back again.

Had we been doing our job all along a Lutheran policeman—this is Minneapolis, remember—might well have seen his Easter brother in George Floyd’s face and done for him as real brothers do.

Were we doing our job today the photo of a forlorn Central American mother huddled with her child in a detention camp would set every Lutheran’s teeth to grinding—not because she’s a destitute immigrant and America is better than that, but because no one gets to treat our baptized sister that way.

As it is we’re too busy remembering how Norwegian we are, or German, or Slovak. Or white, God help us. Yes, the vast majority of U.S. Lutherans are of European ancestry. But to put stock of any kind in this—to operate on the functional assumption that “brother” means nothing more than my mother’s other son—is to wallow in categories that Christ died to spring us free of. It’s a denial of Easter. This is the dog returning to its vomit and the sow to its mud (2 Pe. 2:2). But will I say that this Sunday? Will you?

How long will Christ put up with us?