Our gift today is a homily for Ash Wednesday by the Rev. Dr. Bruce K. Modahl. He preached it twelve years ago at Grace Lutheran Church in River Forest, Illinois. Its pertinence to Christ-confessors everywhere in 2020 will be obvious as you read. 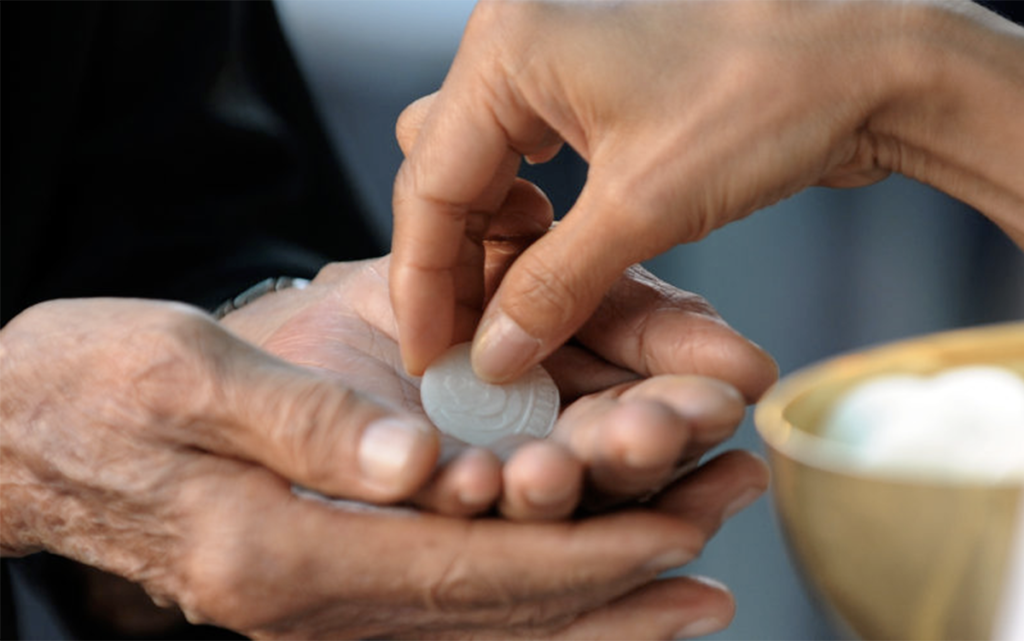 ‘Beware of practicing your piety before others in order to be seen by them; for then you have no reward from your Father in heaven.

2‘So whenever you give alms, do not sound a trumpet before you, as the hypocrites do in the synagogues and in the streets, so that they may be praised by others. Truly I tell you, they have received their reward. 3But when you give alms, do not let your left hand know what your right hand is doing, 4so that your alms may be done in secret; and your Father who sees in secret will reward you.

5‘And whenever you pray, do not be like the hypocrites; for they love to stand and pray in the synagogues and at the street corners, so that they may be seen by others. Truly I tell you, they have received their reward. 6But whenever you pray, go into your room and shut the door and pray to your Father who is in secret; and your Father who sees in secret will reward you.

16‘And whenever you fast, do not look dismal, like the hypocrites, for they disfigure their faces so as to show others that they are fasting. Truly I tell you, they have received their reward. 17But when you fast, put oil on your head and wash your face, 18so that your fasting may be seen not by others but by your Father who is in secret; and your Father who sees in secret will reward you.

19‘Do not store up for yourselves treasures on earth, where moth and rust consume and where thieves break in and steal; 20but store up for yourselves treasures in heaven, where neither moth nor rust consumes and where thieves do not break in and steal. 21For where your treasure is, there your heart will be also.

Dag Hammarskjold was the second Secretary General of the United Nations. He died under questionable circumstances in 1961 when his plane went down in Africa. He was trying to mediate a ceasefire in the Congo. After his death his diary was discovered and was published with the title Markings. In the diary we discover a man of profound faith. It would not be an exaggeration to call him a mystic. He wrote, “God does not die on the day when we cease to believe in a personal deity, but we die on the day when our lives cease to be illumined by the steady radiance, renewed daily, of a wonder, the source of which is beyond all reason.” He was a man of prayer, following the way of the cross. He brought the challenges of his position to God and sought God’s direction. In this diary we meet a man of mature and deep faith. But no one knew this until he died and his diary was published. What people saw was a dedicated public servant. He was known as a man of integrity and honor, who worked hard at peace making. But he did not speak about his faith. He did not practice his faith in a way observable to anyone. It seems he heeded Jesus’ admonition “Beware of practicing your piety before others.” 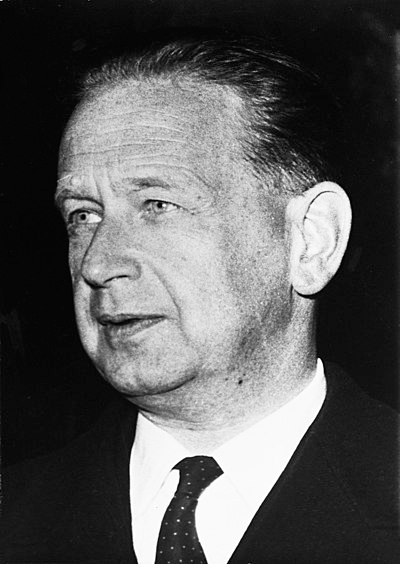 This is an instruction many people find easy to follow and for reasons other than Hammarskjold’s. A man told me that he was at his office, standing at the coffee pot in a circle of co-workers. The coffee-break chit chat was a lament about the lack of opportunity to sleep in. Sunday was the only day for it was the general consensus. This man said he did not get to sleep in on Sunday. “Why not?” someone asked. “I get up to go to church,” he said. “Get a life,” came the retort from a co-worker in the circle. “You need to get a life.”

We are afraid of being held in such contempt. We want to avoid embarrassment and so are wary of practicing our piety before others, just as Jesus instructed.

But how does this instruction square with what Jesus said less than a chapter earlier in the course of the same Sermon on the Mount. “You are the light of the world,” Jesus said. A city built on a hill cannot be hid. No one after lighting a lamp puts it under a bushel basket, but on the lampstand, and it gives light to all in the house. In the same way, let your light shine before others, so that they may see your good words and give glory to your Father in heaven.”

That last verse we repeat at every baptism. A representative of the congregation hands over the baptism candle to the newly baptized if they are old enough to safely hold it. More often it goes to a parent or godparent. But we direct the words to the newly baptized whether they yet understand or not. “Let your light so shine before others that they may see your good works and give glory to your Father in heaven.”

Less than a chapter later Jesus says the opposite. “Beware of practicing your piety before others…,” he says. Give alms so that your left hand doesn’t know what your right hand is doing. Pray behind closed doors. When you fast make it look like you are well fed. Do all this in secret and your Father who sees in secret will reward you.” It’s not that we preachers don’t ever contradict ourselves. But we don’t usually say opposite things in the same sermon. And this is Jesus. We expect a bit more consistency out of him. And we are complicit in the contradiction. We read this text year-in-and-year-out after smudging our foreheads with an ashen cross, a cross we are encouraged to wear the rest of the day. Walk into the grocery store with an ash cross on our foreheads. What will people think? And what is that if not a public display of our piety? Is it an example of letting our light shine before others or something to beware?

There is no inconsistency here if we pay attention to the one receiving the glory. Jesus tells us to let our light so shine before others that they may see our good works and give glory not to us but to our Father in heaven. Jesus does not tell us to be wary of practicing our piety before others so we avoid embarrassment. Rather, he tells us to avoid pious displays that turn the glory light on us. What underlies either course of action is a misplaced faith. We put our faith in what others think of us. We hang our hearts on receiving their praise or on avoiding their contempt. “You have received your reward,” Jesus says. And just how far will the praise of people carry us? How long will it sustain our lives? One thing is for certain. We will not have the reward from the Father.

The hypocrites receive the reward of praise from people for their almsgiving, prayer and fasting. That’s what they’ve had their eye on all along. The alms are not for the poor but for the praise it will bring them. Their prayers are not for God but to enhance their reputations. Their fasting is not in repentance but to make themselves larger. “But you,” Jesus says, “forget yourself when you do these things. Hang your hearts and your faith on God as you pray and fast and do works of love and God will reward you.”

Reward is what our version says. But the word used in the text would better be translated as pay back or recompense. God will pay us back. God will make us whole. I heard that expression used when a tree limb fell through the roof of Bev and Ray Seif’s house. They are friends of ours from the time we lived in Virginia. The limb came to rest right next to the bed in which they were sleeping. As I surveyed the damage with Ray the next afternoon, he told me, “The insurance agent was out here earlier today and he promised to make us whole.” God makes us whole in Jesus Christ. Seeking to be made whole is what our prayers and fasting and works of love are about. From them we learn to beg. Beggars are what we are before God – begging to be made whole.

Our sins put more than tree limbs through our lives and the lives of those around us, including those we love. Our sins create gaping holes. Jesus Christ makes us whole. 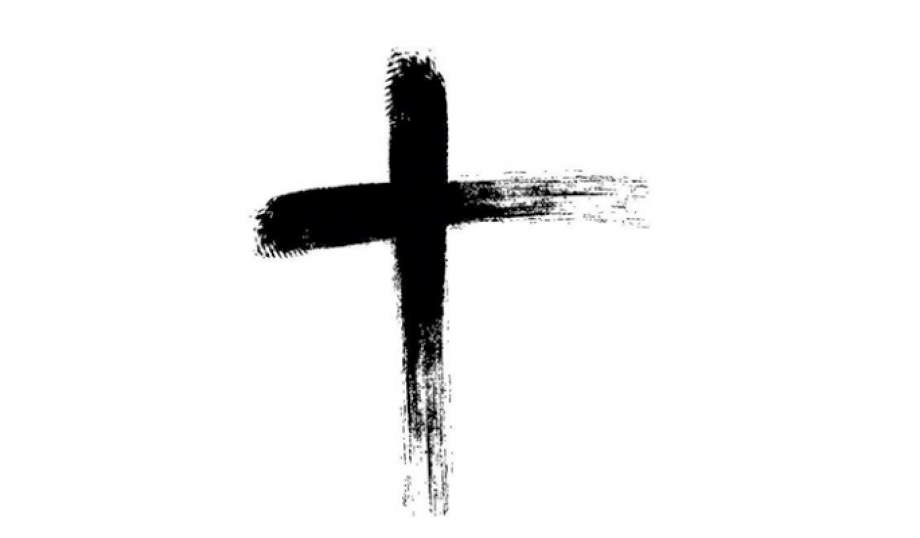 The last issue of The Lutheran magazine was devoted to the problem of hunger and what Lutheran Christians around the world are doing about it. One sign that this world is diminished and disfigured by a power hostile to God’s rule is that, while some suffer from having too much, millions of people watch their children die from too little: too little food, not enough clean water and inadequate health care. We give alms, seeking to make them whole. We do not give from what we have left over. We give not out of our limited resources. We do not give out of our scarcity. We give out of God’s abundance in evidence of the day when Jesus will come again and make this disfigured world whole.

At the wedding rehearsal the couple was invited to kneel for the blessing. The man said, “I don’t kneel.” “Is something wrong with your leg,” I asked. “No,” he said. “I just won’t kneel.” He was young and strong and proud. And I thought to myself, “Something somewhere down the line will bring you to your knees and teach you to beg.” Better to learn sooner than later. Prayer puts us on our knees before God – begging forgiveness, pleading for help, courage, healing and offering thanks. One writer (Annie Lamott) says her prayer can be characterized as “Help me, help me, help me,” followed by “thank you, thank you, thank you.” As beggars we learn who it is who makes us whole.

The disciplines of Lent are prayer, works of love and fasting. The way we practice fasting has taken an odd turn. If we fast from dessert during Lent because we need to lose ten pounds then we will have received our reward. If we lose it, that is. Don’t go looking to God for anything. Let’s aim a bit higher with our Lenten discipline. An old practice was to fast before taking communion. That would make breakfast the bread and wine of the Lord’s Supper. This Lent I invite you to take up this old practice. We already look like beggars when we come for communion with our hands outstretched and cupped to receive. Fasting before communion will remind us what we are hungry for – Jesus, the bread of Life, who makes us whole.