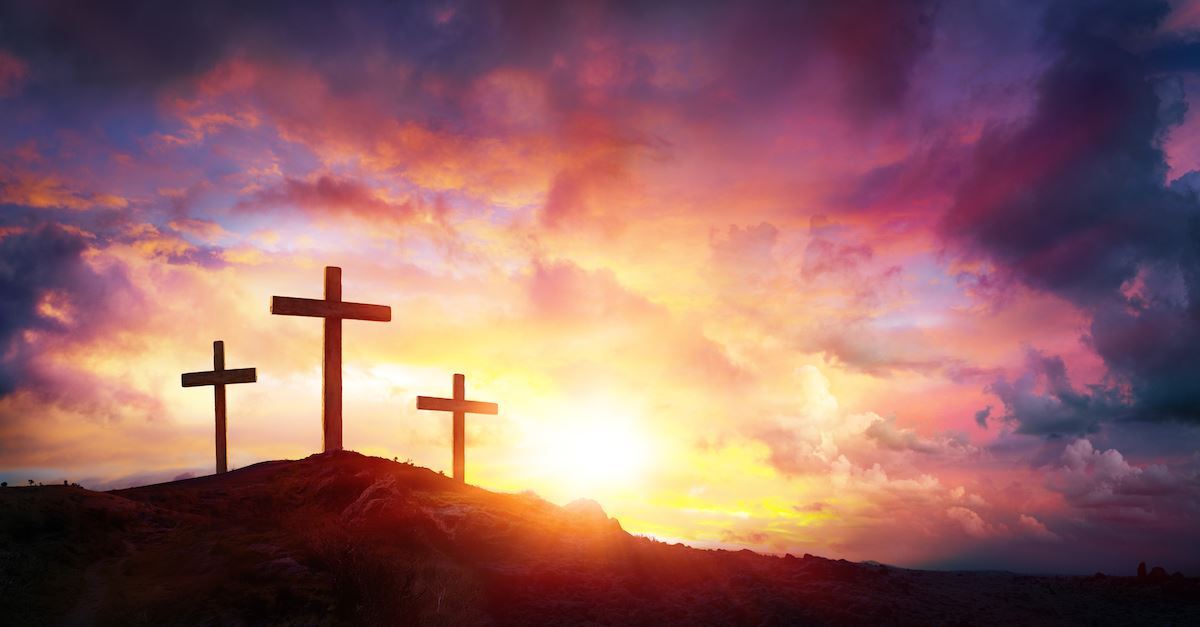 Here’s another “golden oldie,” as its author would have called it. We found it lurking in our library. It will startle as much or more today as it did when it first saw light forty-four years ago. Is there a one of us who has dared to think of ourselves in terms like these? To believe is to do. God grant great things through your believing. If any moment of any year is in need of that, it’s this current week of 2020.

Where on Earth are the Heavenly Places?

“But God … raised us up with Him, and made us sit with Him in the heavenly places.” Ephesians 2:4-6

The answer to the question in the title is “yes”—the heavenly places are on earth. Ephesians, the only place in the Bible where we run into that prepositional phrase, designates the heavenly places as any place where the Lordship of Christ is in operation. And the most palpable place where Christ is Lord is down here on the ground where people are.

Thus the heavenly places are not some sector of celestial geography. They are the centers at and from which Christ is already running His new creation. So Christians right now are “sitting with Him in the heavenly places,” whether curled up in a chair at home, sitting behind the wheel, in a wheelchair, in a dentist’s chair, or not sitting anywhere in particular. The accent is not on the posture or position— standing, sitting, learning—but on the quality of life. “Heavenly” designates a life qualified by the Life that “ticks” in God Himself.

Let’s take a closer look at three of the five heavenly-places passages in Ephesians. Their heavenly encouragement for our heavenly placement is: Don’t be dense, but look up. Don’t get fidgety, but sit up. Don’t clam up, but speak up.

“God … who has blessed us in Christ with every spiritual blessing in the heavenly places.” Ephesians 1:3 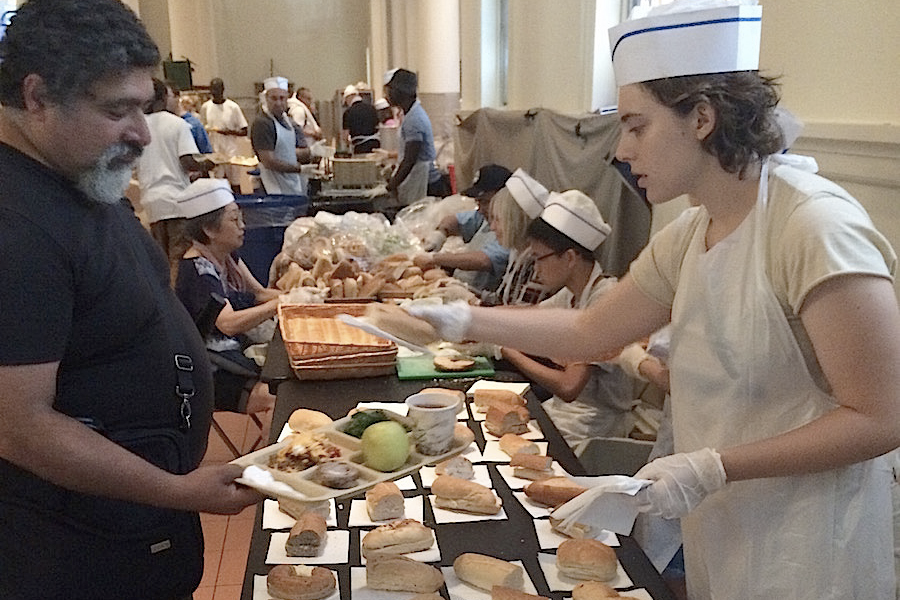 Open your eyes to the facts of life. Sure, life in the world is a mixed bag, sometimes a rat-race, sometimes great glee. But the overarching blessing which we Christians share is that we are “in” on God’s plan for the cosmos—“in” not only because we know what God’s up to, but “in” because we are beneficiaries of God’s action. And what is that? God’s master plan is to bring all creation back together again to Himself via Christ crucified.

At times our incredulous hearts smirk and say, “Big deal!” Yet it really is a big deal. The secret of the cosmos will not be discovered by the next space probe, not even if next summer some living creature walks past our camera as it scans the Martian landscape. As shocking as that would be for all of us, what happened at Calvary and on Easter morn is even more mind-boggling, says Ephesians. The Power behind the entire cosmos (including the Power behind the living or nonliving planet Mars) has made peace with the whole hostile network. He has done so by dying for it in His Son’s one body on the cross.

In the surrounding verses here in Ephesians the apostle almost bubbles with the kind of excitement we would have if a six-legged Martian would march across our TV screen. “Have to change my whole way of thinking,” we would say. “Precisely,” says the apostle. “With Christ on the ground and walking across your screen, the heavenly places are here and you are in them.”

Why, then, don’t things look better on our own planet? Perhaps we all need to take a look at our own small piece of our planet. If Christ is our Lord, then our space is a heavenly place. How have we been doing there? Not too well, most of us would say. And we frequently add the quick cover-up, “But even if I had been working my territory as a heavenly place, it wouldn’t make any big dent on the rest of the world.”

That cover-up may seem to make good sense, but it is in reality being dense. Don’t be dense, but look up. Look at Jesus’ mustard-seed parable which exposes our cop-out. Look up and see what’s really happening. The most unexpected figure to pass in front of our camera is the Carpenter of the cross. He has made all things new for you, whether others see it or not. That’s the top-drawer-blessing. It puts us into the peace-achieved world of the new creation.

“God … raised us up with Him and made us sit with Him in the heavenly places.” Ephesians 2:6

Suppose the apostle literally meant that we are in the same seat with Christ. But, of course, that is what he did mean. Not that we are in top seat of the divine Ferris wheel with Jesus right nearby. No, the heavenly place is right down where we are, and here is where we are seated together with Him. This is the celestial seating arrangement because He came down from heaven and graced us. Occasionally someone will shout in desperation, “Don’t just sit there, get up and do something!” But the apostle first counsels us not to get up and do something. He wants us to just sit here and take inventory of the grace- gift of God which has us sitting with Him.

This heavenly-places passage pin-points the intimacy between ourselves and the central figure of God’s plan. Two of the biographical adjectives predicated to Jesus (“raised up” and “sitting at the right hand of God”) are also predicated to Jesus’ disciples. In Romans 6 Paul adds other adjectives of Christ (“suffered, crucified, dead and buried”) to each Christian’s biography. We get them when we are baptized into Christ. We receive the Easter and Ascension victory adjectives, but only because of the suffering and death adjectives.

“Sitting” tends to be a lazy word in our activist way of life. And even if we sit a while and collect our thoughts, take inventory, or get things sorted out, our next urge is to get up and do something. We don’t like loafing. In Ephesians, however, “sitting” is not the loafer’s verb; it is the ruler’s verb. Christ is running the show. His regime is now “in session” here and now. And we are here with Him. Here is where He-we are ruling this piece of old creation as His cross-purposed new creation.

Co-monarchs are we. But before we get overstuffed with our self-importance, we cast a quick glance at His two-piece wooden throne. He “reigned and triumphed from a tree.” And so do we. We sit together with Him in the suffering centers of the world’s pain, and reign there—not by ourselves, of course, but with Him as He makes them heavenly places simply by His presence.

To be told that our throne looks like Mt. Calvary might well make us fidgety. But He says: Sit up and rule this situation; use Me as your sidekick to change it from a hellish into a heavenly place.

“That through the church the manifold wisdom of God might now be made known to the principalities and powers in the heavenly places.” Ephesians 3:10

When did you ever hear the church’s task spelled out like that? Go to the places where the Lordship of Christ has not yet infiltrated, Paul advises. Announce to the principalities and powers ruling there that the wisdom of God, in a foolishly weak crucified Messiah, has abrogated their stranglehold over that segment of God’s creation. Move Christ in by sheer audacious proclamation, and make “church” out of the place, for “church” is any segment of the old creation which has been recaptured by Christ and is now under His mercy administration.

The accent in this section of Ephesians is on the power of words, Gospel words. That rings strange to our age of disbelief in “words, words, words!” Yet the tyrants of every age hold power over their victims by words—more so even than by chains. The words we get on the job or at home, the verbalized false gospel of racism, the messages Madison Avenue feeds us about the danger of missing self-fulfillment— all these are the verbal chains of our brand of principalities and powers.

These words do have some dominion over each of us, and massive dominion over many in our world. People need to see that these are false gospels—all of them. And that gets done with words. So don’t clam up, but speak up—speak up the words of God’s action in Christ “to make all people see what is the plan of the mystery hidden for ages” but now “set forth in Christ.” God has no other agent for finishing out and filling up the cosmic plan. The people caught under the principalities and powers need to have Christ’s victory announced to them so that He can begin “Lording” it over them—so that their place too becomes a heavenly place.

C. S. Lewis wrote an imaginative fantasy tale called The Great Divorce in which he ostensibly portrayed the contrasting lives of citizens of heaven and citizens of hell after death. He made it biographically vivid that there was a great divorce between the two alternatives. And then, right near the end of the story, he brought the reader up short by saying that all along he had been describing life before death. The heavenly places and their negative counterparts are here on earth now. Sure, there is a heaven to come— but right now folks are living in the valley of the shadow of death and moving toward total death. And right now people are living in the valley of the shadow of life and moving toward total life.

So where in the world are the heavenly places? Christ-connected people are themselves heavenly places. They are God’s guerrilla-warriors working among the people to get the planet back under the legitimate administration. God’s people already have insight into the whole plan, having themselves been recaptured from death into life. The Son of the High Commander sits with them as they move out on the task with a word about The Word. This is no pretend revolution; the tension and the stakes are high. But His word of encouragement keeps coming across: “Fear not, I am with you.”