In the wake of Hurricane Dorian—how terrible that was, and how quickly it recedes from the world’s attention and our own as well—we send along a year-old sermon by Steve Albertin. He preached it on June 24, 2018, when news feeds were stuffed with reports and discussion of events at America’s border with Mexico. The day’s texts included Job 38:1-11 and Mark 4:35-41, both of which bear consulting before you start reading. We note that sermons such as this will need to be preached until the close of the age, as our Lord would put it. Blessed be those who, hearing them, see fit to pass the promise along. 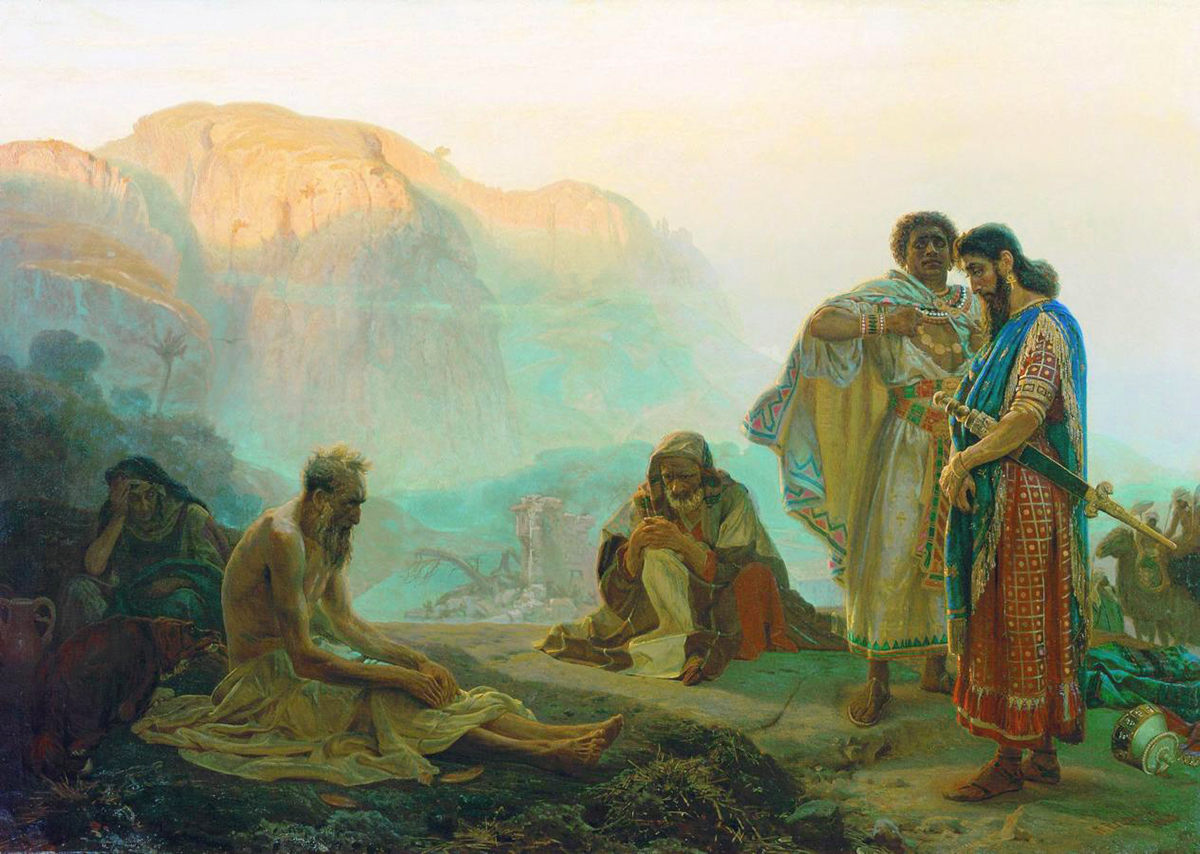 Immigration is the hot potato that no politician wants to solve. I know this is a stereotype and oversimplification but there is truth in it. Our immigration laws are a mess and have been so for over thirty years because neither political party wants to solve it.Caught in the middle are the children and their families. That was particularly magnified this last week in the controversy surrounding the president’s attempt to enforce the borders. It unfortunately led to the separation of children from their families. Thankfully, the president’s executive order reunited the families, but the fundamental problems remain. Leaders continue to point fingers at each other each accusing the other for being at fault, while children are trapped in a horror not of their own making. It is maddening.

Every day the media report stories of suffering and pain where countless people are victims of a seemingly random and hapless universe that unfairly crushes lives. 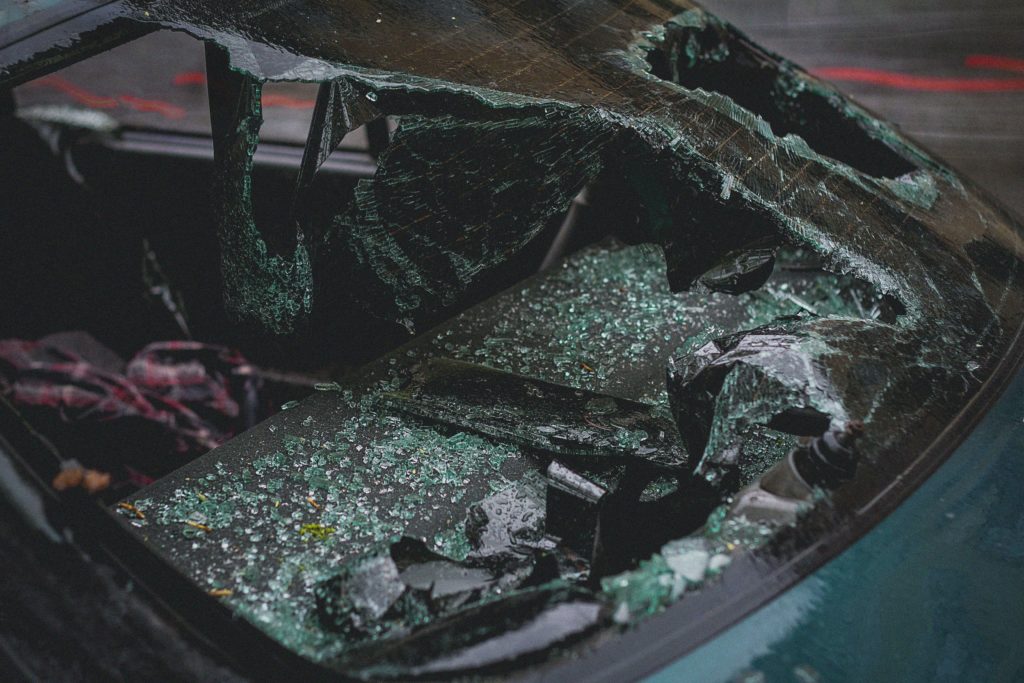 Photo by Artyom Kulakov from Pexels

Three young people are killed running a stop sign. But they didn’t run the stop sign. Just moments before some other teenagers out on a night of pranks had stolen the stop sign for a souvenir.

He had lived his life so well. He ate all the right foods. He exercised regularly. He never forgot his annual check-up with the doctor. He was in love with his wife and his children adored him. And then he discovers the lump…and it is all over in a matter of months.

The bus was filled with happy tourists. For many of them it was their first excursion to this part of the world. They were in awe of the spectacular mountain scenery. No one saw the tractor-trailer truck out of control rumbling down the mountain in the opposite direction. It had lost its brakes. The people on that bus lost their lives.

Such tragedies provoke questions for which answers are difficult if not impossible. “WHY must the righteous suffer?” “WHY do bad things happen to good people?” “WHY me, Lord?”

Such are the questions raised by one of the most troubling and mysterious books of the Bible, the Book of Job, from which our first reading today is taken. Job was a very pious and God-fearing man. He was so sincere about his religion that once, when his kids returned from a party, he offered burnt offerings to God for them, just in case they had sinned. Job was very rich, a man of incredible wealth. He was the quintessential success story of the Old Testament. He was Bill Gates and Billy Graham rolled into one. God is so proud of Job that God brags about him to the other members of the heavenly council.

However, there is a fly in the ointment. One of the members of the heavenly council, one by the name of “The Satan” or “The Adversary,” disagrees with God. No one should be surprised that Job is so pious and god-fearing. After all, just look how richly blessed he is. Satan dares God to take away Job’s possessions and God will see how short-lived Job’s faith is. Without his wealth, Job will surely curse God.

Job loses his family and his wealth. His body is afflicted with bleeding sores. Even his wife urges him to curse the God who has abandoned him. Job refuses. He will not give up on God.

This is the patient Job most of us remember. Even though Job suffers, he refuses to give up on God. However, this is only a partial picture of Job. This is the Job portrayed in chapters 1 and 2. It is not the Job of the next 35 chapters. There Job is anything but patient.

Job passionately questions his suffering. Convinced of his innocence, he begins chapter 3 by cursing the day he was born. His life is no longer worth living. He wishes that he had never been born.

Job’s friends intervene each offering answers to Job’s persistent questioning. Job must have committed some sin, some terrible wrong, for this to have happened to him. Job must confess his sin, come clean about his errors, and God will surely have mercy on him. Such terrible and evil things do not happen by accident.

But Job holds his ground maintaining his innocence. He argues that he has done nothing to deserve this kind of suffering. Then Job does the unthinkable. He turns on God and demands an answer. “God, WHY have you done this to me?”

For thirty five chapters Job carries on this argument with his friends and God, constantly questioning his plight and never getting an answer. Finally, in Chapter 38, today’s first reading, Job gets an answer. In the midst of the roar and howl of a mighty whirlwind God speaks to Job. What is surprising is that it is not an answer at all.

Instead of answering Job’s questions, God responds with a series of His own questions: “Job, you think you know so much. But were you there when I laid the foundations of the earth?” God points to the magnificent mysteries and wonders of creation, things that Job cannot begin to explain. If Job cannot understand them, then neither will Job be able to understand the ways of God.

In the last chapter of the book, Job finally gets it. There will never be an answer to questions like this. Who is he to tell God what to do? Job repents acknowledging the error of his ways.

But the story is not over. God rebukes Job’s friends for misrepresenting God. Life is not the neat and ordered “tit for tat” that they had presumed. Much of life remains a mystery. Nevertheless, Job can trust the good will of the one who created heaven and earth. The story ends with Job blessed more lavishly than he had ever been blessed before. 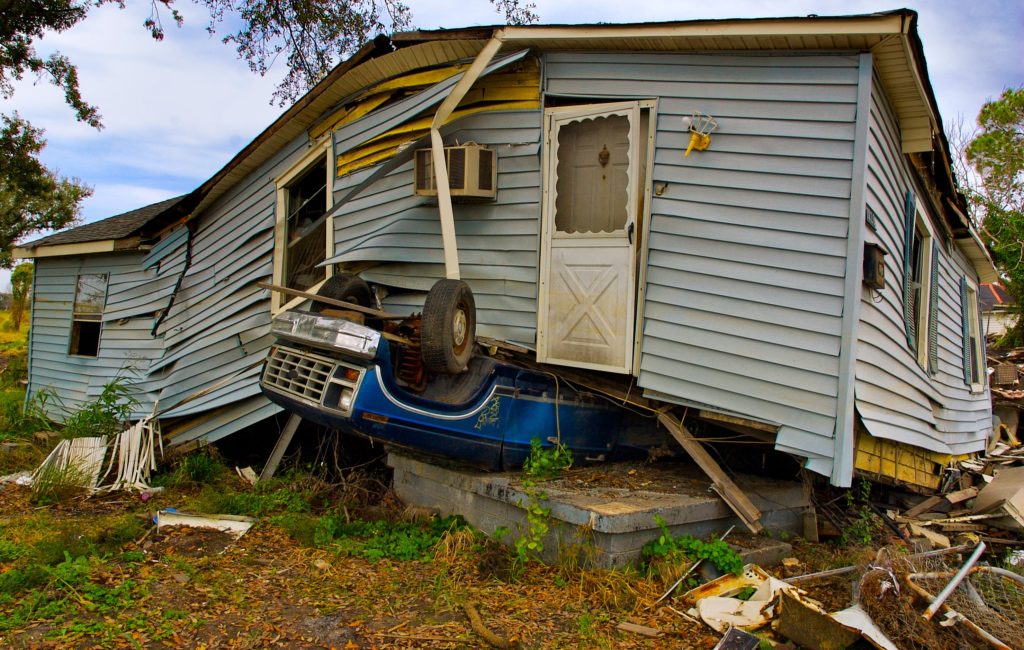 Photo by John Middelkoop on Unsplash

What is the message of the Book of Job? The book is a passionate protest against the pious assumptions of traditional religious thinking. Such religion believes that life is rational and God is manageable.

“Plan carefully what you do and whatever you do will turn out right. A long life is the reward of the righteous. An apple a day keeps the doctor away. God helps those who help themselves.”

But life is not so rational and manageable in spite of what all the gurus of success and self-help may tell us. Much of life will always be irrational, unjust and tragic.

We sit back and pat ourselves on the back when things are going well. God must be so pleased with us! Aren’t we wonderful!

We gripe and complain when things do not go well. We wonder what we have done to deserve such a fate or how we can even believe in a God who seems so unfair.

Like Job, we paint ourselves into a corner. The more we persist with questions, the less we get answers. The more we wonder “WHY me, God?” the more we expose ourselves for what we really are: creatures who want to be the creator, Adams and Eves who decide to eat of the forbidden fruit in order to be like God. Frustrated with the mysteries of life, we want to be God!

But there are no answers to such questions. Like Job, all we hear is the sound of the roaring wind. We are fools to presume that we can understand the ways of God.

In today’s Gospel, we see a similar picture. Jesus’ disciples also find themselves at the mercy of a mighty whirlwind tossed about by powerful winds and waves that threaten to destroy them. Jesus is in the boat with them, but amazingly taking a nap as if nothing was happening! They are not only surprised but irritated with Jesus. Why does he seem so indifferent to their plight? Why does he not recognize the danger that threatens them? This is not right. Like Job, they demand to know WHY?

In our self-pitying and self-centered world, we like Job and the disciples before us assume that ANY suffering obviously must be unfair and undeserved. We assume that God should reward our good lives. When that does not happen, we demand to know WHY.

God destroyed the belief that only good things happen to good people when the pious Job lost everything, and when Jesus was nailed to the cross. Could anything worse happen to people so good? With Job on the ash heap and Jesus on the cross, everything is turned upside down and inside out.

For those questions, God has an answer: Jesus.

Jesus joins all of us Jobs in our suffering with all of our unanswered questions. Jesus puts himself at risk, in danger for us. In today’s Gospel, it was in a boat. Eventually it would lead him to the cross. There he dies, a victim of sin and evil, just like us. But God raises him from the dead proclaiming to Job and all of us who are ready to give up, God loves us. God will stand up for us. There are no storms, waves or whirlwinds, not even death itself, that can separate us from the love of God.

We can trust God. We can be sure that God loves us even when we end up on the short end of the stick, even when the irrational and unpredictable randomness of life is enough to drive us the brink, even when we complain and resent our lot in life.