What Is God Doing?

We pass along some thoughts from our editor about a topic that gets a lot of discussion in Christian circles these days.

What Is God Doing? (No Guessing, Please) 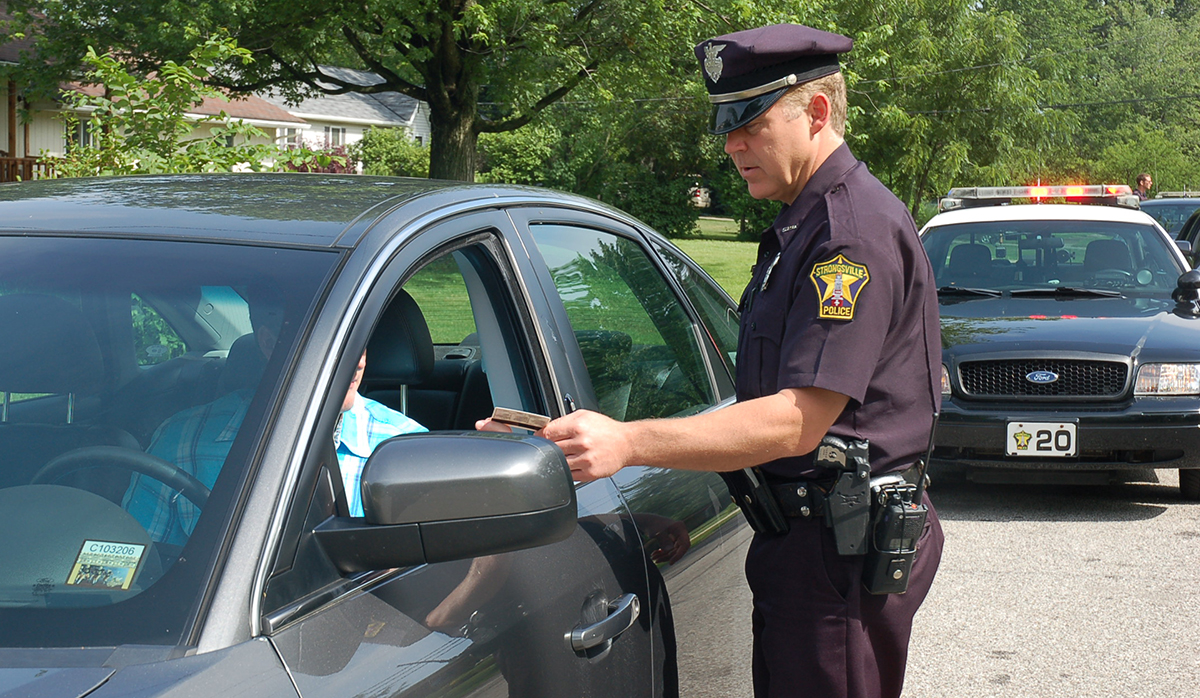 I was still a teenager when I stocked my wannabe theologian’s vocabulary with its first pejorative, Schwärmerei. Luther used the term a lot. So did his confessional colleagues. I picked it up from my father who used it too and still does, albeit thoughtfully and judiciously, as has ever been his fashion. Early on I took to pronouncing it with a lazy American accent: “shware-mer-eye,” emphasis on the final syllable.

Schwärmerei is a German word, of course. It derives from the verb schwärmen, to swarm, as in the behavior of bees when you jiggle their hive. One tends to hear this swarming before one sees it. A great buzzing breaks out, as if the bees are casting around for an explanation as to what’s going on, with any number of competing views under discussion, and not all of them reasonable. At some point the discussion turns angry and mean.

In Luther’s usage,Schwärmerei is ungrounded opinion about God and God’s ways. One could call it theological noise that can’t be trusted, however firm or fervent the people making it happen to be. More often than not these noisemakers—die Schwärmer—are both firm and fervent. Hence the term that Luther often uses for them when he’s writing in Latin: the fanatics. Luther’s second-generation successors used this too in their “Formula of Concord” of 1580.

In the English versions of the Lutheran confessional documents, Schwärmerei is usually translated with the word “enthusiasm.” This comes directly from the Latin enthusiasmus, borrowed just as directly from an original Greek term. There it means “being possessed by a god.” According to a footnote in the definitive Kolb/Wengert edition of The Book of Concord, the medieval Byzantines applied it “to certain practices of Greek monks, such as the Hesychasts of Mount Athos” (p. 221; for more than most of you would care to know on this topic, see the Wikipedia article on Hesychasm). The first Lutherans gave it their own spin. A marginal footnote by the 1580 editors of the “Formula” identifies enthusiasts as “those who await heavenly enlightenment of the Spirit without the preaching of God’s Word” (Kolb/Wengert, p. 493, n. 12). Luther is both blunter and less polite in the Smalcald Articles of 1537, where he defines enthusiasts as “the ‘spirits,’ who boast that they have the Spirit apart from and before contact with the Word. On this basis, they judge interpret, and twist the scripture or oral Word according to their pleasure.” Thomas Müntzer was one such offender, Luther adds. Worse still is the papacy, which is Enthusiasmus—“religious raving” as Kolb/Wengert renders it—through and through. That’s because “the pope boasts…that what he decides and commands in his churches is supposed to be Spirit and law—even when it is above or contrary to the Scriptures or the spoken Word” (Kolb/Wengert, p. 322).

Here’s how I’d put it for a plain-speaking American audience in 2019: you can’t make up your own stuff and say that God said it. That’s Schwärmerei.

I bring this up because I hear a lot of Schwärmerei making the rounds in churches these days. That shouldn’t surprise us, Luther would say. The muck has been with us since Adam and Eve, the first Schwärmer ever (again, Kolb/Wengert, p. 322).

Schwärmerei is a cadre of solemn preachers informing the nation fourteen years ago that the hurricane hit New Orleans because God is mad at gays. (Like God sent one of Gabriel’s underlings to tell them that.)

Then again, Schwärmereiis a cadre of mainline theologians responding with equal solemnity that God can’t be mad at gays because God doesn’t get mad at anybody. (Like God slipped them an exclusive tip that Amos, Isaiah, et al. were all wet.)

Schwärmerei is the capital campaign consultant pushing me to insist as senior pastor—from the pulpit no less—that God absolutely wants the congregation to tackle and finish the big-bucks building project we’ve been talking about. (Like the Spirit had whispered this in my ear one night. The guy was miffed, by the way, when I refused to play along. That’s Schwärmerei too.) 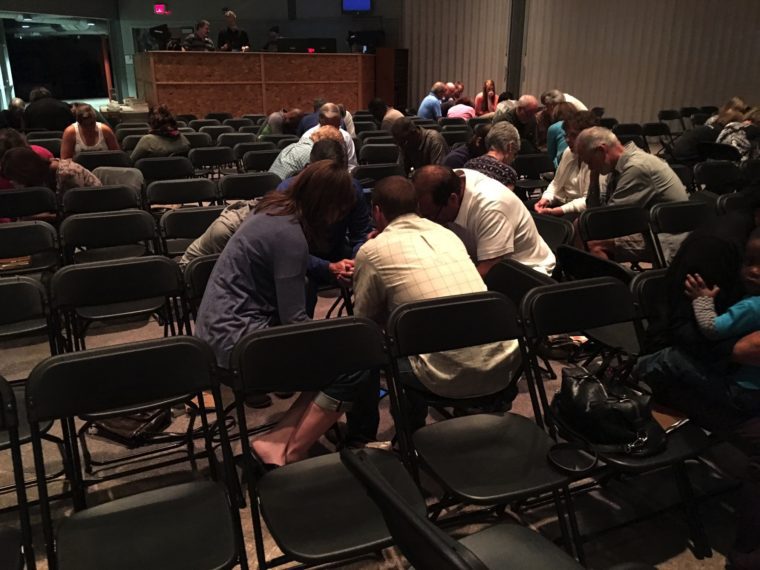 Lately I’ve noticed a milder form of Schwärmerei popping up with regularity at the church meetings I attend. It breaks out when someone pious and well-placed instructs the saints assembled to spend the next half hour or so conversing at their tables about “what God is doing” in their congregations or communities. I have yet to sit through one of those discussions without squirming.

It’s not that this topic is either silly or illegitimate. Anything but. Christian life, after all, is best defined as a ceaseless celebration of God’s unrelenting doing on behalf of blind and stupid sinners. What is the Bible, if not an extended account of such doing in times past that anchors and invites all manner of sturdy, dependable observations about God’s doing today? Here Luther’s heirs enjoy the added benefit of the Small Catechism, a succinct and rich compendium of exactly such observations. What is God doing these days in the congregation I serve or the community I live in? Some answers, drawn from these sources— 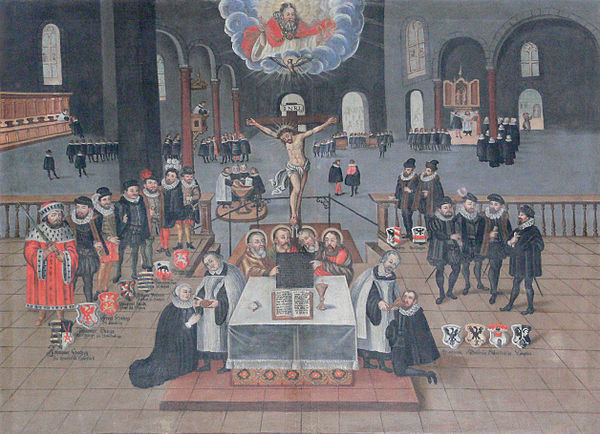 And so on—and on and on. There is so much more one can say on the solid grounds of Christ’s death and resurrection about what God is doing today.

The funny thing is, I can’t recall hearing any of these things mentioned when the topic comes up at those meetings I attend. No one drops the name of Christ into the conversation either. I’m not sure why this is so.

What trickles out instead are hesitant reports about this or that project or trend that seems to be unfolding here or there in a positive direction, emphasis on the positive. God only does good stuff, as in stuff that makes us happy—such seems to be the operative assumption, at any rate. Wrath-of-God talk is so yesterday. It doesn’t rally the faithful or excite donations. The related notion that God is actively calling us to a steady, daily repentance that attaches minds and hearts to Christ is as unpopular now as it ever has been. Or maybe it simply strikes participants in these conversations as being beside the point and unworthy of comment. After all, what drives the talking in the first place is an anxiety about the steady decline of our ecclesiastical institutions, and a thirst for signs of anything that suggests a slowing of this. We’d like to think that God cares about those institutions as much as we do, or at least enough to keep them in business. So that’s what the scared, weary, and floundering saints start to chatter about around their tables. Where are “the signs of growth,” or the “opportunities,” or the pleasant surprises (if any) that bubbled up in our digs last year? Surely God is doing that!

Answer: maybe; or maybe not. To go beyond this is Schwärmerei. So is a terrified refusal to entertain the possibility that maybe, just maybe, God is doing to our sinful institutions as God is doing to our sinful flesh: slowly squeezing them to death. Of course, to assert this definitively—God is fed up with U.S. Lutherans; hence their dwindling numbers—is Schwärmerei too. As if somewhere in the land there stands a wall with Mene Tekel Upharsin scrawled across a Luther seal in God’s unmistakable handwriting.

Not that this U.S. Lutheran can’t think of all manner of reasons why God should find us wanting. But against this stands Christ, the one who lives and reigns in all his stubborn determination to stick with foggy, bumbling disciples and put them to use. He will keep calming their fears. He’ll forgive their sins like crazy. He’ll infect them with his Spirit, not once or twice but over and over. This is a matter both of scriptural record and of clear, vivid promise. I so wish someone would talk about this around those conference or assembly tables when the question gets raised, “What is God doing?”

Are you that someone? I send this your way on the chance that you might be. You’ll be sitting with people whose spines need to be stiffened and their hearts cheered. Schwärmerei won’t do it. The Gospel will.