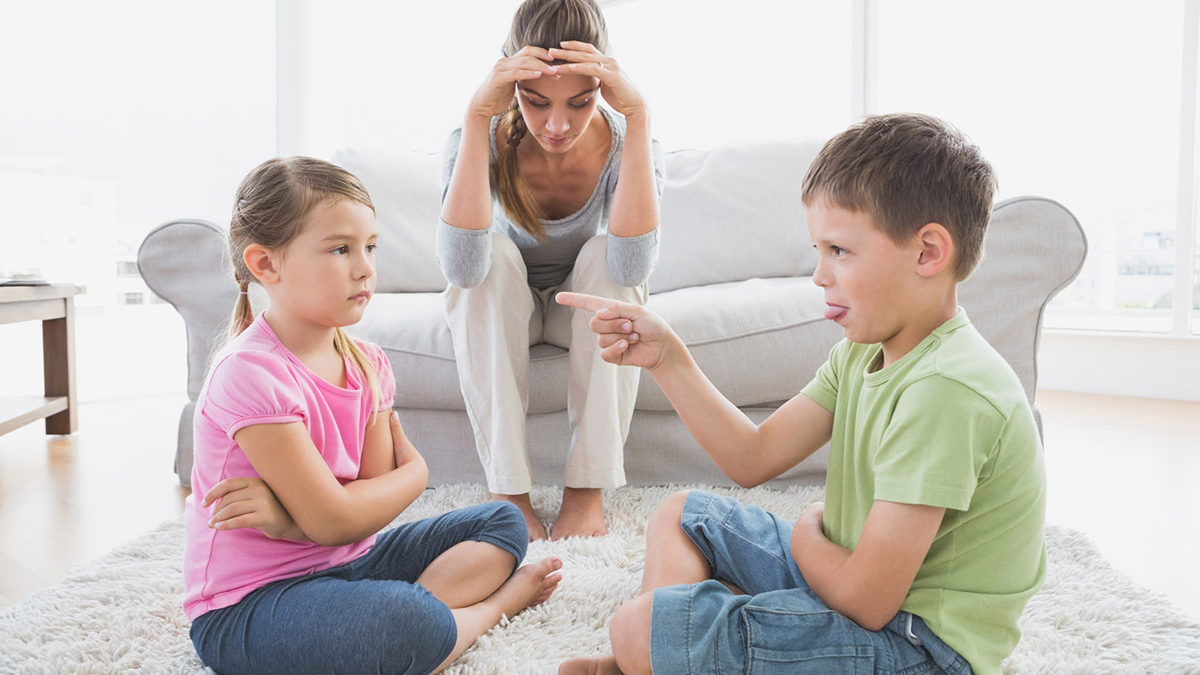 Four weeks ago we sent you the treat of an essay by Carol Braun on her calling as a patriot. Today Carol reflects on her calling as a parent with an unusual degree of depth and perception. Anyone who shares that calling will resonate to what she says. Readers under 40, as Carol is, will resonate all the more. We encourage you to pass this along to the younger parents you know who are struggling to fathom the burdens they feel and might welcome Christ’s help in attending to them.

A Midsummer Reflection on Parenting 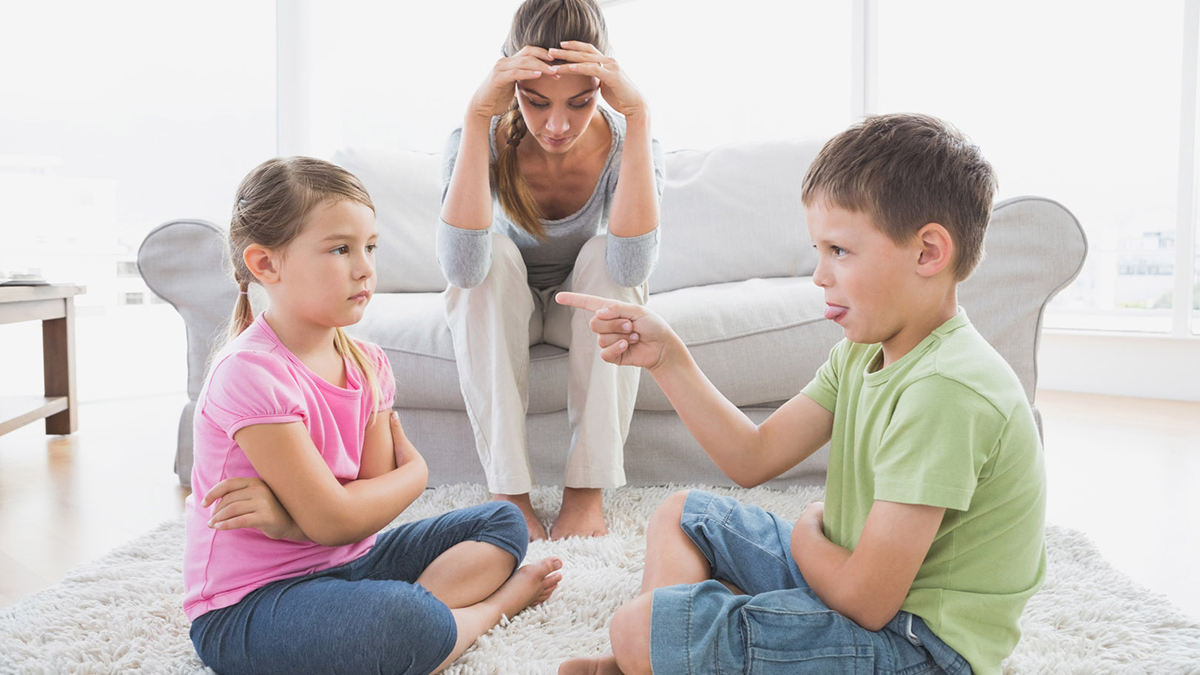 My sons are two and four. The four-year-old is on his way to respectable socialization, at least on good days. But the two-year-old, though sweet and loving, is an agent of pure chaos. He gleefully kicks against all constraint. He gazes unmoved at us with his big brown eyes when we scold him or express disappointment or attempt intervention.

If the four-year-old builds a tower, it’s only a matter of time before the two-year-old is overcome by a need to shove it down. I’m quite sure he knows it’s mean—I can see it in his eyes; that’s part of the fun.

This is normal, I know. Moral development takes time and care, and the job is far from done for the four-year-old, let alone the two-year-old. I remember St. Augustine’s musings about the greedy infant and the hurtful, willful young child.

The part that gets me isn’t the younger one’s action so much as the older one’s reaction, because that’s where I see myself reflected back most vividly. Sometimes the older child reacts with good humor and grace, but often not. The angry shrieks, the wild eyes and exaggerated claims of being wronged, even (God help me) the raised hand—I can tell myself that these things arise naturally in a preschooler but I know I’ve set him my own examples for all of them. What could be more damning? When he does raise his hand against his brother, I know that the terror I feel when I lunge and grab and hold that little hand, and condemn the raising of it, is terror for my own mistakes and their consequences.

Children reflect our faults back to us, by nature and nurture and by the sinful state we’re all born into. I feel already the dangerous tugs of a mad urge to squash out the things I see arising in my children that I wish had never grown up in myself.

To be a parent, as to be a human (at least after early childhood), is to bump up constantly against the judgment of God’s law etched in all of our hearts—the conscience that pricks us when we know we’ve done wrong by the little ones in our care. As I sit down to share a late dinner with my husband after we’ve put the boys to bed, I often start replaying, in mortification, all the times I lost my temper during the day. So many times when I could have been gentler, more patient, less consumed by my own feelings of frustration or impotence or drudgery. Love is patient, love is kind; it is not irritable or resentful—Saint Paul tells us this, and so do our hearts because we feel it when we fall short. 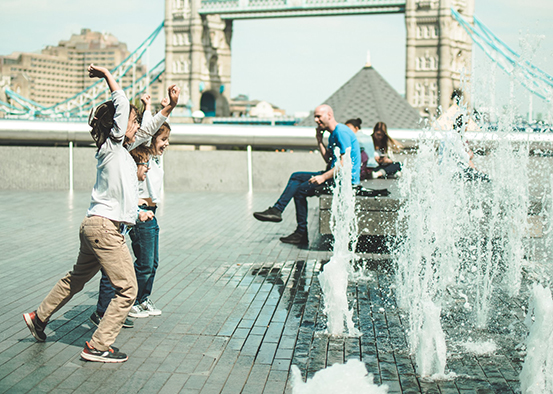 The society around us does plenty to point out our parental faults too, both fairly and unfairly. Last summer I was shaken to read an opinion piece in the New York Times about mothers who got in trouble with the law for leaving their children unsupervised in situations that past decades saw as normal. The writer of the piece faced criminal charges when she left her child in a parked car for a few minutes while running an errand on a cool, cloudy day and a concerned stranger called the police. She notes, “Once I realized what had happened, I felt like a terrible mother. I felt as though I’d been caught doing something very bad, even if I didn’t understand what the bad thing was, exactly, or what the rationale was for its badness. I felt, I think, what just about every woman feels when someone attacks her mothering: ashamed.” I can relate to that burning sense of shame, even when what’s offered is more a gentle word of guidance than an attack, and all the more so when (as it often is) the word is justified. At the least hint of correction—a recent suggestion, for example, that my son practice using a fork to eat instead of his hands, or that I not let him play so close to the stairs—I find myself getting defensive and uncharitable.

Another mother explained to the opinion writer, “I don’t know if I’m afraid for my kids, or if I’m afraid other people will be afraid and will judge me for my lack of fear.” I can relate to this feeling, too.

The social forces that mete out these judgments aren’t blind, by the way, to privilege and power. A wealthy couple’s fashionable choice of free-range parenting may get a pass, while a single mother working at McDonald’s gets arrested for letting her nine-year-old play alone at a park during her shift. In an Atlantic piece from July 23, a psychologist who helps decide whether parents are “good enough” to keep their children notes, “It’s interesting to think about who has a right to be verbally abusive to their child, and it seems like with money, you do have that right.”

There’s also the internal judgment we feel when we compare ourselves with other parents around us—the ones in our real lives and the ones we encounter through their impeccably curated, aspirational social media feeds. Gazing at fantasies of a gorgeous, Zenlike homelife can be a welcome balm and inspiration when a day of caring for small children starts to feel draining and singularly unglamorous; but ultimately those pictures point the finger back at us and judge with a standard we’ll never meet.

My children will be their own judges of me, too. As much as I love them and want, with my husband, to meet all their needs, we’ll always fall short in some way—maybe in some big way. Will I always do for them exactly what I say I’ll do? Will I always be there for them in every way they need? Will I always be able to keep them safe?

The first week of August is a big one for feeling the limits of my power as a parent, because it’s the week we visit the ocean. I grew up with summer trips to the bath-like calm of the Gulf of Mexico, but now we join my husband’s family in the pounding surf of the Long Island coast. Although I trust the family’s safety strategies, I know they have their limits, and I spend most of our beach visits with an underlying sense of terror about what that giant ocean could do to my precious little ones. Like so many other parents, I have nightmares of lifeless little bodies and doing CPR and calling 911. 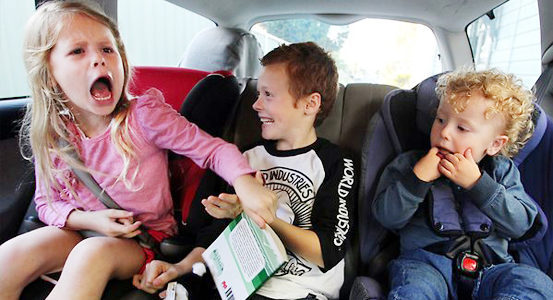 And of course my children are at physical risk on normal days, too—any time I take them anywhere in the car, for example. I want desperately to keep them safe and alive, and I know there are serious limits on my power to do so.

I also know that one day I won’t be there for them at all because death eventually will come for me, as well as for them.

In short, I get defensive when people critique (or I think people are critiquing) my parenting, and despondent when I critique my own parenting, and fearful when I reflect on my limitations as a parent. And I freak out when I see my own faults repeated in my children.

I love the ideal of myself as a good and powerful mother who works with her husband to build a beautiful homelife for their children, who is an unfailing rock for them to lean on and their protector in the face of harm and death. I put my faith in this ideal, and I get annoyed and worse when I see myself not living up to it.

Of what use is Christ in this?

As Bruce Modahl reflected so movingly in this same space a couple weeks ago, all of the judgments we face from others and from ourselves “are but echoes of the only Judge who matters in the end.” And, though I can never make things right with that final Judge by myself, I trust that Christ’s death and resurrection have made things right on my behalf. So also, when I feel those other, worldly judgments weighing on me, I don’t need to lash out or get bogged down in mortification over my failures, or in dread over my limited powers. I can lay the burdens of my failures onto Christ who wants to carry them for me, and I can teach my children to do the same. I can pray in confidence to the Spirit to guide my feet and hands, my voice and heart, when I wake each morning to face a new day of wrangling and raising the two adorable and infuriating little charges in my care. I still bear the grave burden to keep my little ones as safe as I possibly can; but I lean on the arms of my heavenly Father, who is also my heavenly Mother, in prayer for strength in bearing that burden, and I can take consolation in the promise that in the end even death will be defeated.

Thanks be to God for that.