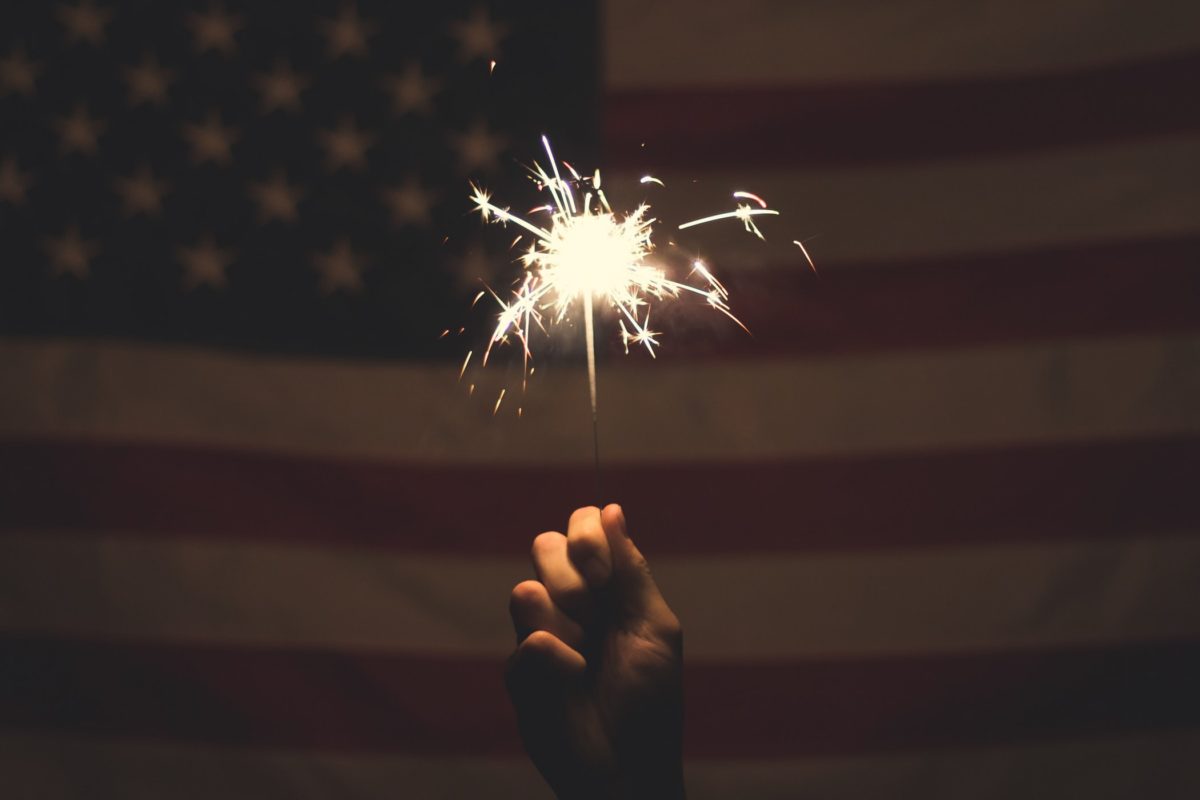 Carol Braun, our former co-editor of Thursday Theology, keeps intensely busy these days with her callings as spouse, parent, and teacher of mathematics and physics. Such “down time” as she enjoys is restricted to a few weeks of summer. We intruded on that by asking her a few months ago to offer some thoughts for this particular day, the Fourth of July. She delighted us by agreeing to this. We’re delighted in turn to pass her thoughts along as stimulation for your own reflections as serious citizens who, like Carol, are even more serious about your identity in Christ.

To Be or Not To Be at the Fireworks? A Patriot’s Puzzle 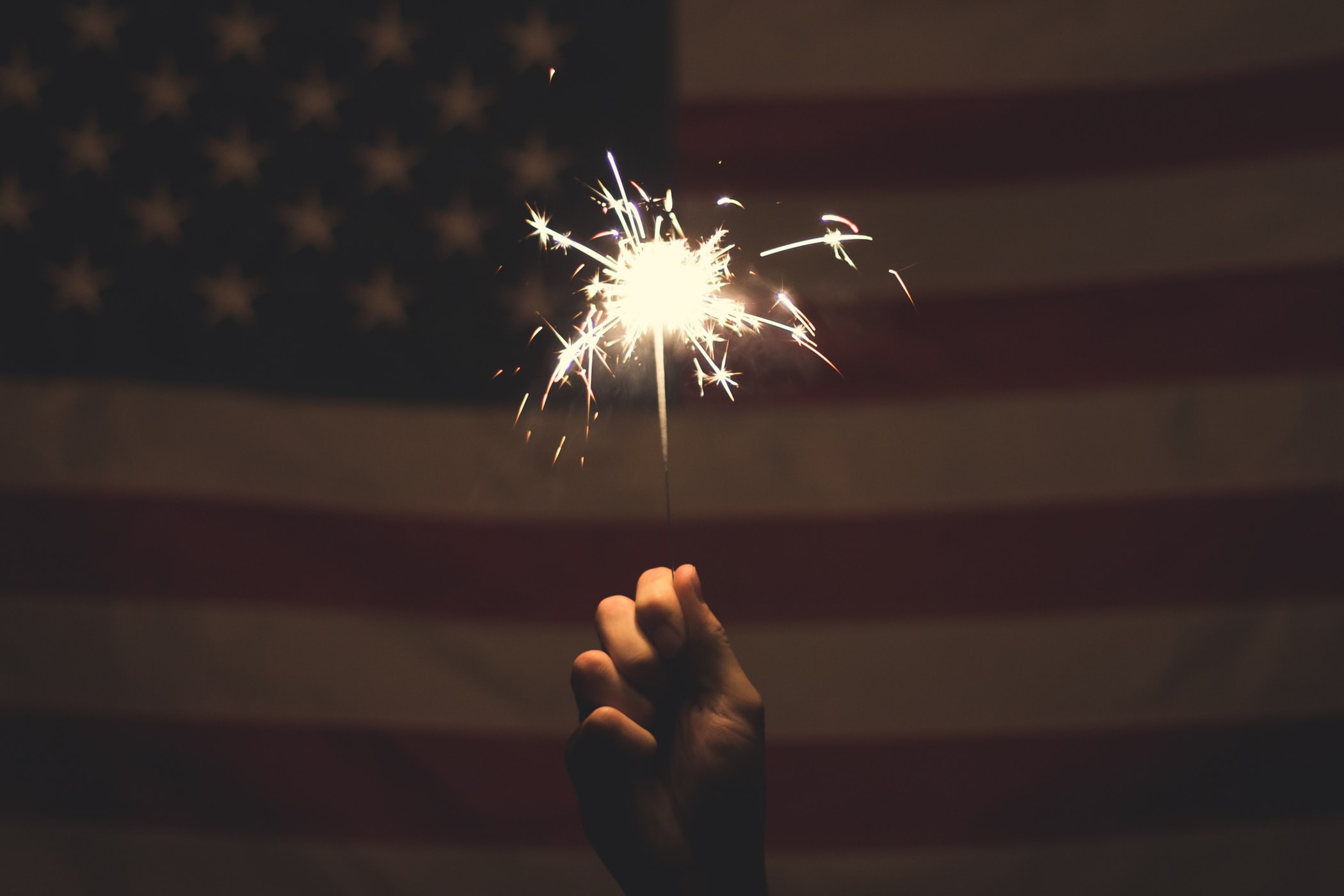 The Fourth of July is here, and with it the reminder of two things: 1) that I am, at heart, a patriot; and 2) that patriotism can carry with it a whiff of something uncomfortable—something possibly improper, or foolish, or misplaced, or even idolatrous.

From time to time I wonder, from a secular perspective or a Christian one, is my patriotism wrongheaded? Does a Christian, or a thoughtful person, or a Young Gen-Xer/Elder Millennial like me belong at the annual fireworks display?

Wholehearted, unironic participation in such a thing feels deeply unfashionable in my social set—maybe even more unfashionable than being a Christian.

And how can I be a patriot in a country that has committed acts of unspeakable cruelty? A country that, just last year, made a policy of forcibly separating children (babies, toddlers, preschoolers) from their parents? Can we bear to celebrate when we have a litany of horrors, past and present, weighing justly on our national conscience?

Surely the message of Jesus is opposed, at least, to the kind of nationalism that gins up feelings of us-versus-them. He went out of his way, after all, to overcome those sorts of feelings, connecting with people from groups and lands outside and even hostile to his own, like the Samaritan woman at the well. His message of salvation not only crossed but broke down the barriers between peoples. Saint Paul teaches us, beautifully, that in Christ “there is neither Jew nor Gentile, neither slave nor free, nor is there male and female, for you are all one in Christ Jesus” (Galatians 3:28). Shortly before his death Jesus prayed not only for his disciples but also for us today—”not only on behalf of these but also on behalf of those who will believe in me through their word”—and his prayer for us was that we should “all be one” (John 17:20-21).

And yet. Love for my country still bubbles up in my heart.

A formative moment in my thinking about patriotism came in the summer of 2002. I had just graduated from college and was about to head off to grad school in physics in the fall. My last hurrah before that transition was a summer internship on global climate change and society, which brought together an amazing group of students whose company I was honored to share, fresh from undergraduate programs in the sciences, social sciences, and humanities.

Our topic of study for the summer inclined us to philosophical discussions, and one day, during a break, we students sat around and the conversation turned to the terrorist attacks of 9/11, which were then less than a year behind us. I don’t remember the details of the conversation, but I remember the dominant conclusion being that, if we were rational and wise and worldly about it, we would shed no more tears for those deaths than for any other loss of innocents anywhere in the world.

This struck 22-year-old me as a puzzle, because rationally I agreed that a human life in one place is worth the same as a human life in any other; and as a Christian I believed that God values each of us immensely as humans with no regard for where on Earth we live. I wasn’t in New York or Washington, D.C., and I didn’t know anyone personally who had been killed. But I knew I cried harder in those first days because the attack was on my country.

Was that small-minded of me? Eventually I came to the conclusion—surely not original, but it felt fresh to me at the time—that my reaction was natural because my country is in some ways like my family. I didn’t pick it, and it didn’t pick me, but it’s mine and I’m its and so I love it. I’m critical of it, I can even hate it as I love it, and I can fight against it and try to change it, but we’re in this together.

In doing some background reading for this essay, I learned that G. K. Chesterton makes (with greater eloquence and grander purpose) a similar point about patriotism in his book Orthodoxy. Thinking about the relationship Christians have to the world, he draws an analogy to what he calls the “mystical patriot,” who loves his country irrationally and unshakably for no good reason besides that it’s his and he’s stuck in it, and who therefore has the passion to critique it and reform it, as opposed to the “rational patriot” who loves his country for some reason but who lacks the energy for reform because he’s devoted to the rational ideal rather than to the country itself (Orthodoxy by G. K. Chesterton, New York: Doubleday, September 2001, p. 69). 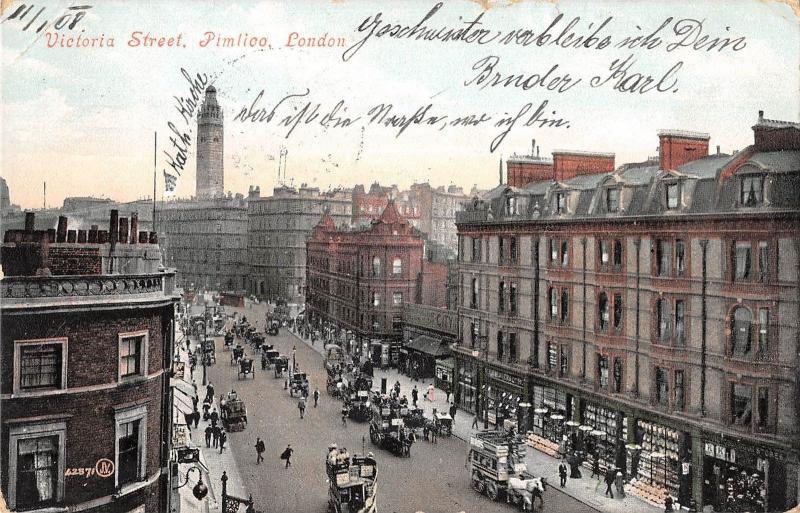 As an example, Chesterton offers the Pimlico area of London, which I gather was terribly run down in his day. He writes, “It’s not enough for a man to disapprove of Pimlico. In that case, he can merely cut his throat or move to Chelsea. Nor, certainly, is it enough for a man to approve of Pimlico, for then it will remain Pimlico which would be awful. The only way out of this situation is for somebody to love Pimlico, to love it with a transcendental pride and without any earthly reason…. If men loved Pimlico as mothers loved children, arbitrarily, simply because they are theirs, Pimlico might be fairer than Florence” (Orthodoxy, p. 66, as excerpted by Joseph Sittler.)

What does God’s will for us have to do with any of this? I’m not sure, except that it sets bounds for us on how far to carry such devotion, just as it sets bounds on our devotion to family, to work, and to anything else to which we devote our earthly hours and passions, lest we make it a god. As Luther explains in his notes on the first commandment, “‘god’ is the term for that to which we are to look for all good and in which we are to find refuge in all need. Therefore, to have a god is nothing else than to trust and believe in that one with your whole heart.” I trust that God is on the watch to help me should I ever let my love of country fill that role in my heart.

I do sometimes find myself indulging in what may be a particularly American conception of my own freedom, independence, self-reliance, in a way that stops me from putting my trust in God as he invites me to do. Living in abundance and comfort, I tend to believe deep down that I’m in control of my life until once in a while I bump up against something that shows me I’m not. 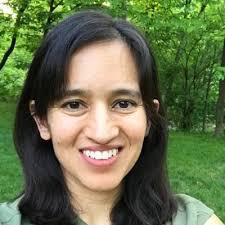 This fact hit home for me when my first son was born, in 2015. Although he and I ultimately made it through the birth in good health, my labor failed to progress and, after a long time of trying for a natural birth, I was taken in for a C-section. The experience shook me because, without the help of the doctors and nurses and the wonders of modern medicine, that could have been the end of my life and my baby’s. Of course I’d known that I was mortal, and that I wasn’t a lone operator in the world. But deep down I’d been holding tightly onto a belief that I was essentially healthy, fit to thrive, and that if I were somehow dropped alone into the wilderness of the distant past, I would at least have a decent chance of survival. Suddenly I realized that, but for the grace of God and the help of the people around me, I was fundamentally no different from the many women, across the ages and into the present day, who died and lost their babies in childbirth. I was not so fit as to be invincible (what folly!), and in any case death would come for me and for all my loved ones sooner or later. As I held my new baby in my room at the birthing center the next day, I was struck by the tragedy of all the births that ended in death rather than life, and the brokenness of this world where people die in suffering every day.

This is the darkness that the Gospel provides a bridge out of—the darkness that Jesus overcame for me and for everyone on Earth. And thanks be to God for that, and for the Spirit he keeps sending to open our hearts to that message week after week.