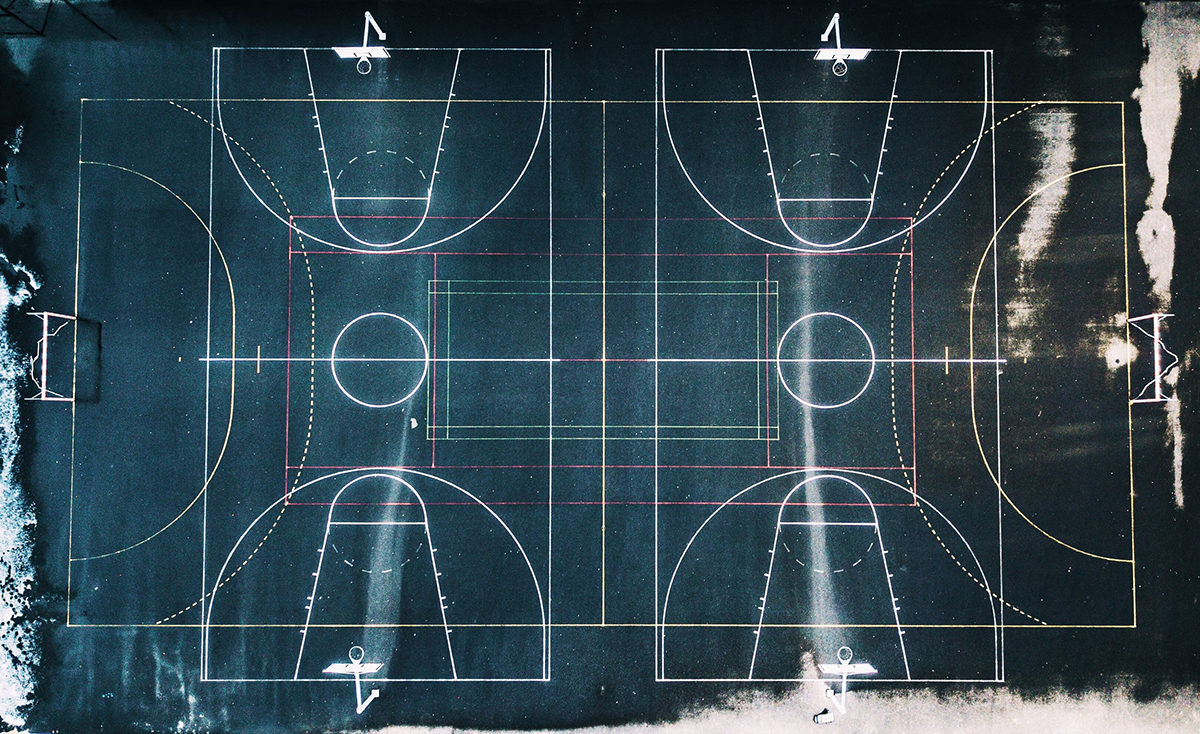 “Where the Gospel meets our daily lives.” That’s how Crossings began defining itself when the latest version of our website was launched a year or so ago. It’s one of three taglines that are presently in play when we try to account for the work we’re doing. You’ll find another at the bottom of every Thursday Theology post of the past few years: “That the benefits of Christ be put to use.” And still another, shot your way at the end of last November in the Version 2 reboot of Thursday Theology: “Equipping the baptized for their indispensable role as agents of and witnesses to the Gospel.”

You’ll want to bear all three of these in mind as you read today’s offering. The author is Christopher Neumann of North Ridgeville, Ohio, a western outpost of Greater Cleveland. Chris is an all-but-lifelong Generation X member of Messiah Lutheran Church in Fairview Park, two suburbs to the east. One of his pastors, a Baby Boomer, tells us for reasons you’ll see that he wishes he could somehow slip some essence-of-Chris into whatever water the congregation’s other Gen-Xers are drinking from at the moment, to say nothing of the Millennials. Chris would want in turn to tell that pastor to knock it off and concentrate on dishing out Christ. What other food or drink is there for a person who needs and wants to live these days?

Robert W. Bertram famously defined systematic theology as the task of “necessitating” Christ. By that standard Chris shows himself to be an authentic and astute lay theologian at work in a ground-level venue that the lofty likes of Bertram would find impenetrable. It is also the kind of venue that theology at its best and most urgent is meant to address through its distinction of Law and Gospel and its joyful fascination with the promise of Christ. To such labors the Spirit has called and baptized us all. We trust that Chris’s work today will inform your work tomorrow. 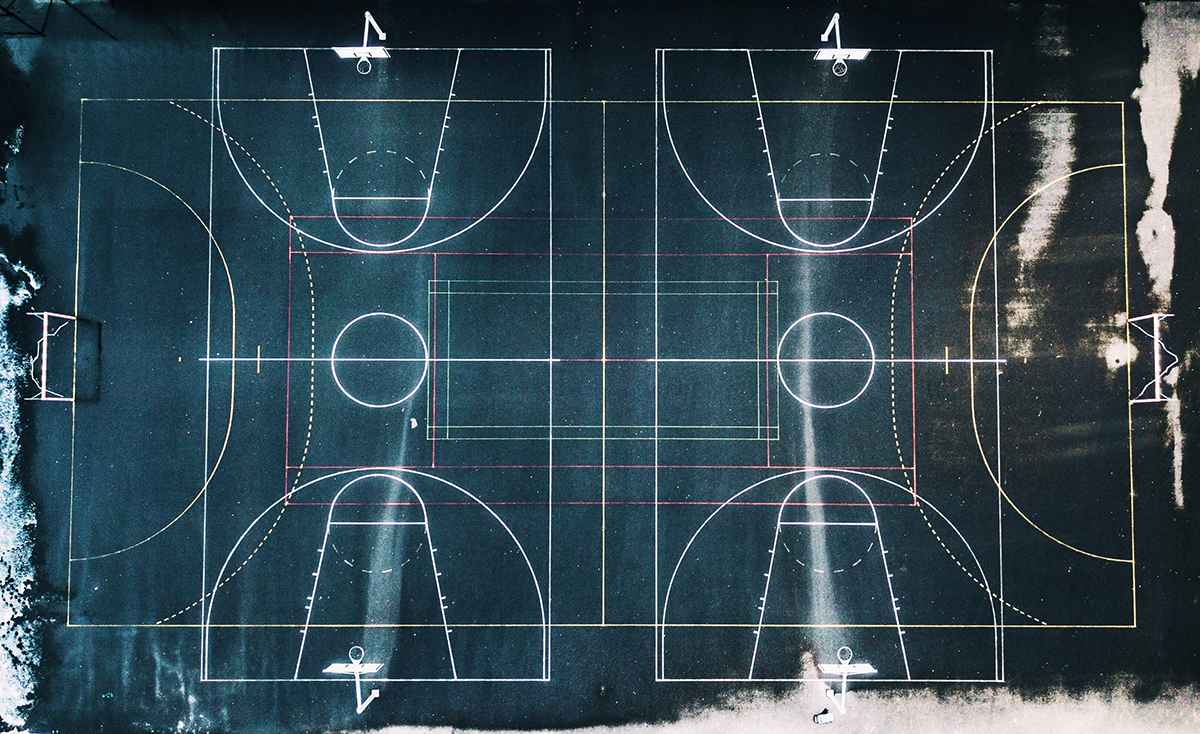 Peace be with you. So said Jesus to his disciples shortly after the resurrection. So says Jesus to all of us today, Spring 2019. Struck me as odd this year though, that peace—a “freedom from disturbance, tranquility”, as a quick Google search would tell me, and by all means what Jesus intends now that “it is finished”—is a sharp contradiction to the current days of my own Easter season. This having been more or less the case for more than a decade running, I’m surprised that I hadn’t noticed the irony previously. Thanks be to God for waking me to the observation this year. Better still, thanks be to God for arming me with Gospel as I take this realization into my steps these coming weeks.

Each year, a piece of my Lent and then the bulk, if not all, of my Easter days include the rush of coaching a basketball season. For context, elementary and high school seasons culminate with tournaments of one sort or another in late February and early March. Of course, colleges captivate both the diehard basketball fan and random guesser alike (school colors or mascots, anyone?) with the popular NCAA March Madness format. Professional basketball also finds itself winding down with a marathon playoff approach that we in Cleveland were spoiled with for many of the recent 15 years or so.

As those various leagues submit seasons to history books, the gears get grinding for Amateur Athletic Union (AAU) basketball. AAU is primarily played in the spring following school basketball seasons, consisting of higher levels of play for both boys and girls anywhere from 3rd to 11th grade. The number of players from each middle school or high school team is restricted so as not to allow additional unlawful practice time for the schools that have just concluded a season. With only two players per school being allowed to play AAU together in the spring, and given the fundamental premise of providing additional high level experience for players, tryouts for various teams are to be expected and competition for the available positions is fierce. Still, American capitalism, woven as it is into all fabric of our life, provides a fancy out to those unfortunate enough to be left on the cut-pile following skill tryouts. So long as mom and dad can scribble a substantial check, AAU organizations will almost certainly place the ‘deserving’ child on a team. Mix these ingredients together and you quickly have an overly competitive, ego-driven casserole constructed into the shape of weekend basketball. Skilled players (and their parents) resenting the ‘check writer’ crowd that is holding them back from greater success. The ‘check writers’ demanding perfectly equal opportunity regardless of the effect it has on the team. In each case, the team or program with which you have connected is a significant symbol of status, for both kids and parents alike. After all, let the one who boasts, boast in the Lord…and that my child is on the best program’s elite team, right? Judgment abounds. 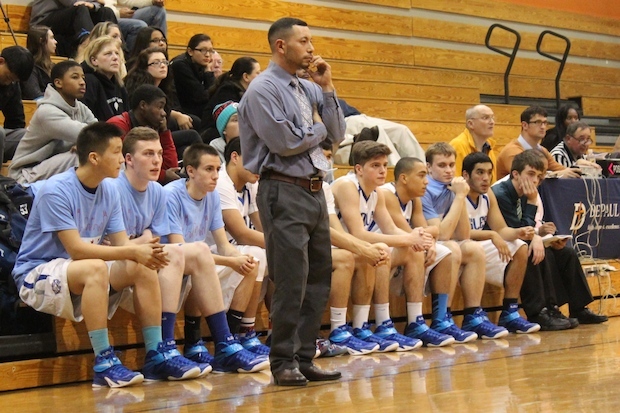 Forgive me, please, for casting the whole business in such a negative light. Sinner as I am, I succumb to the game all too frequently as well. My boys have played in this capacity for the better part of 15 collective years. My daughter, coming of age, may be not too far behind them. I have been blessed with the opportunity to coach each, and I share in the inevitable ups and downs of athletic competition. As coach, along the way have been both players and families that I’ve enjoyed immeasurably. Also along the way have been players and families that I could not wait to see move on elsewhere following the season. My mother, a retired Lutheran school educator, would quickly confirm that same general feeling as classes passed through her classroom doors. In a large sense, that is how I viewed myself—a basketball teacher. Take these boys and assist in expanding their skill set. Put them in live situations to test their abilities and improve. Encourage them both in victory and defeat. Each week a juggling act, working to allow individuals freedom to reach personal goals in the overall context of a team, all the while cognizant of the time and money parents are contributing to these desires and wishes. It wasn’t until this year, until pondering this writing assignment, hearing a brilliant Maundy Thursday sermon, and observing yet another round of unfortunate behavior from across the gym, that I realized how terribly incomplete my viewpoint was. Some thoughts: 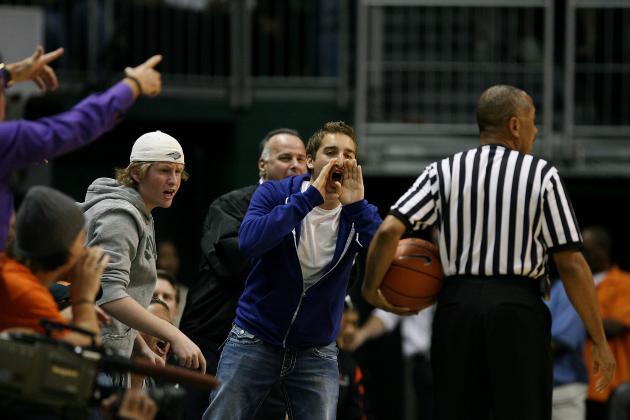 Pray for me please. I’ll pray for you as well, my teammates in the game of life that God is perfectly coaching. Remember the movie “Dead Poets Society”? Robin Williams, playing the role of inspirational boarding school teacher, stands on his classroom desk in order to see the ordinary and familiar from an entirely fresh perspective. He encourages the students, constrained in a rigid environment, to do so as well. Look for opportunities to do the same. I’ll pray that the Holy Spirit likewise opens our eyes and ears to the beauty of seeing things in a new way. I needed that new mindset this past weekend to see it as something more than basketball. I’ll need it again, I’m sure. Just think about the ripple effects of what God could do if we’re able to succeed here and there. Maybe the Easter peace of God that surpasses all understanding can keep more hearts and minds forever in Christ Jesus. Amen.