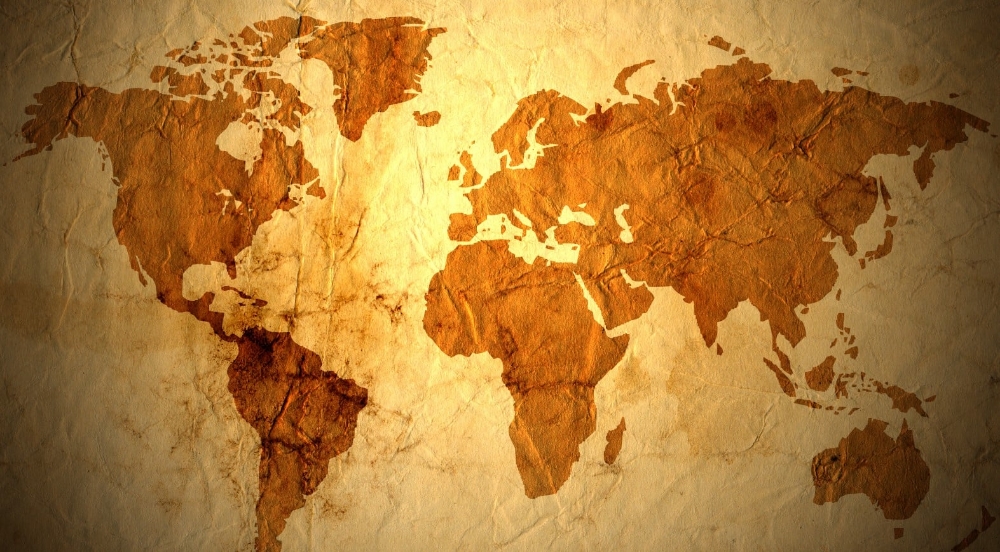 Today we introduce you, in some cases again, to the Rev. Richard Gahl of Westlake, Ohio, a suburb of Cleveland. Dick is a good friend of Crossings. He was a featured speaker at our conference in 2010 and in the years since has published a couple of essays through Thursday Theology. He spent his active career in the Lutheran Church—Missouri Synod. Pastoral calls in Pennsylvania led to a stint of at least 20 years as Executive Director of the LCMS’s Ohio District. This entailed an intense focus on issues of congregational mission and stewardship, areas in which he developed an expertise that others in the wider church came to recognize and call on. Now retired, he spends a lot of time in his study reading widely and deeply, especially in the area of Christian mission. On Sundays he goes to church at the ELCA congregation in neighboring Fairview Park where our Thursday Theology editor, Jerome Burce, serves as senior pastor.

Time was in U.S. Lutheran congregations when intentional thought and conversation about the Church’s mission in the world was relegated to one or two seasons of the church year, Epiphany in particular. Other matters—more pressing, as it was thought—would own the spotlight other times. Dick is among many who have confronted that notion, pushing hard and steadily against it as stubborn minorities are wont to do. Their view, heartily subscribed to here, is that every season is mission season.

Take Advent. As we hinted last week, what else is John doing on the banks of the River Jordan if not firing the starter’s pistol that gets God’s mission in Christ rolling in earnest? That makes today the perfect day for firing a pistol of our own on a series Dick has promised to write for us. We’ve asked him to pass along some insights from those books he’s been poring through of late. We’re assuming not only that you’ll find his reports useful in themselves, but that you’ll come to notice how they’re pushing our other writers to keep their focus on mission too. To repeat our Lord’s own mantra, lifted up in Burce’s relaunch essay of two weeks ago, “As the Father has send me, so I send you.” 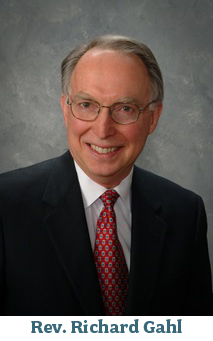 This essay lays the foundation for an ongoing series of reflections about the Mission of God under the Crossings website banner, “Where the Gospel Meets our Daily Lives.” It tells about a movement of mission writers and practitioners that emerged from the work of Lesslie Newbigen, a missionary to India who retired back home to England where he put lessons learned overseas to work in the pastoring of an urban parish. Titles of his published works include Foolishness to the Greeks, The Gospel in a Pluralistic Society, andThe Open Secret.In the 1980’s a group of church leaders and thinkers formed the Gospel and Our Culture Network (hereafter GOCN) “to ask basic questions [in light of Newbigen’s insights] about why and how churches had become so captive to individualism and consumerism. They wondered why churches had lost touch with the way biblical texts spoke of God’s mission in and for the world.”1

Reading the Bible Missionally, a recent GOCN publication, includes a telling diagnosis by Michael Goheen of Calvin Theological Seminary. He paraphrases a statement of N. T. Wright, the retired Anglican bishop and prolific writer with respect to all things New Testament: “The church believing that the benefits of Christ were just for them has betrayed the purpose which God has given them. It is as though the postman were to imagine that all the letters in the bag were just for him.”2 In other words, the church has come down with a major case of soteriological self-centeredness. For me! For me! “The concept of membership as status, an accomplished level of spiritual attainment, must be replaced with a lifelong process of calling and response that could be called ‘vocation to mission’.”3 For others! For others! 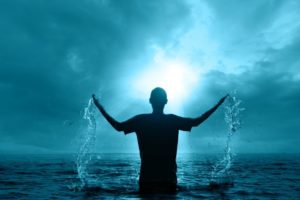 Holy Baptism is the starting point for understanding the individual’s role in the Mission of God. The American hymnals Lutheran Book of Worshipand Evangelical Lutheran Worship both include a welcome to the newly baptized that points to mission. The “welcome” currently in use at Messiah Lutheran Church in Fairview Park, Ohio shapes the welcome with these words:

We welcome you into the Body of Christ and the mission we share. Join us in giving thanks and praise to God bearing and bearing God’s creative and redeeming word to all the world.

The Lutheran World Federation fleshes out the foundation for this welcoming to mission in its 2004 document, Mission in Context.

In the church every baptized Christian is endowed with a special gift for mission, for mutual up-building and encouragement. Whether they be male or female, lay or clergy, young or old, all these gifts are to be developed, appreciated and availed.”4

In a 2015 study, Becoming the Gospel: Paul, Participation, and Mission, Michael J. Gorman describes the people of God, the church, as a living commentary on the Good News. “It lives the story, embodies the story, tells the story.”5  The word “becoming” suggests continual growth and development through all stages of life in the mutual interaction of the community of faith in discernment of “what God is up to in the world, and to join in.”6  The calling of the people of God is to be “a distinctive people for the sake of the world.” 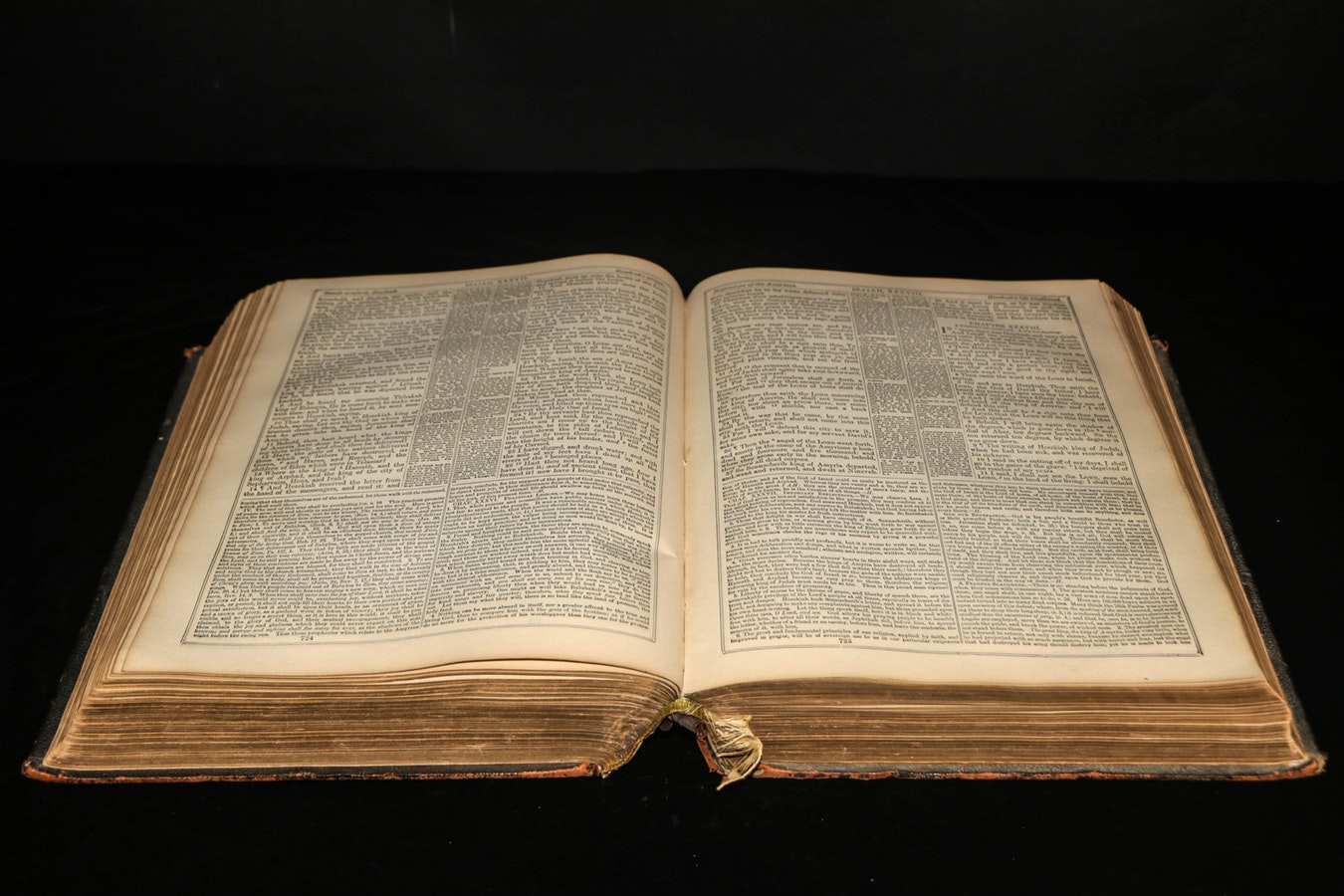 Refreshingly, the Gospel and Our Culture Network people are calling us back to a missional reading of the Scriptures as a training tool for our calling to become Gospel in the world. It’s not just that God has “called me by the Gospel,” He equips his people for becoming Gospel. As a GOCN participant, N. T. Wright states it simply: “The New Testament was written in order to sustain and direct the missional life of the early church.”7

Certainly, as the Gospel of John states, “these things are written so that you will believe that Jesus is the Messiah” (John 20:31). But it doesn’t stop there. “The Bible is both a record and a tool of God’s mission in and through his people…. It shapes people for their missional vocation.”8

One of this writer’s favorite questions when working with congregations has been: “What is God calling us to be and to do in this time and in this place?” Reading the Bible Missionally is not just a collection of essays that are well worth reading and pondering, it is a summons to seek out the unique mission instruction in each and every book of the Bible for the work of the people of God in this time and this place. N. T. Wright suggests the unique purpose of the New Testament was to sustain and direct the early church. It will also inspire and direct 21st century Christians in our calling as the people of God.

The GOCN people are adamant that we not talk about “mission.” The subject rather is God’s mission. Michael Goheen explains it this way:

Mission is not first of all a human enterprise: it has its true source in the love of the Father who sent the Son to reconcile all things to himself. The Son sent the Spirit to gather his church and empower them for mission: the church was sent by Jesus to continue his mission—”As the Father has sent me, so I send you.”9

Mission begins not with the task of a people, but with the redemptive activity of God. The Bible narrates the work of the triune God to restore the whole of creation and the whole life of humankind from the corrupting effects of sin. If we are to understand mission properly, we must begin with the work of God. Only then may we ask: How does the church participate in this mission.”10

We turn to Luke 24:29 for a final thought about the Bible and the Mission of God. “Then he began with Moses Teachings and the prophets to explain to them what was said about him throughout the Scriptures.” Christopher Wright makes sure we review the Old Testament in this understanding of God’s mission. At the conclusion of his The Mission of God Wright reminds the reader of the point of his book. In effect, he fills in the details of what Jesus likely told the Emmaus disciples in explanation of his divine calling.

When we grasp that the whole Bible constitutes the coherent revelation of the mission of God, when we see this as the key that unlocks the driving purpose of the whole narrative…, then we find one whole world view impacted by this mission.”11

In summary: Baptism calls the baptized to God’s Mission. The Bible is the tool kit and training guide for God’s Mission. And God’s Mission itself entails nothing less than a life of continual becoming for the child of God and for God’s family, the church.

This is where the Gospel meets our daily lives.