Back on Track: A Refreshed Orientation for Crossings and Thursday Theology

I’m sticking my neck out here. Readers of Thursday Theology have been greeted 932 times with the first of the above words. Ed Schroeder launched it into use when he dashed off the initial offering in this series some 19 years ago. I never asked him why he chose this term, or if he even gave much thought to it. I suspect he had in mind a primary audience of fellow theologians and former seminary students; though Ed being Ed, it wouldn’t surprise me to learn that he was also addressing the countless people he had met in his second career as a tireless, peripatetic peddler of Crossings-style theology to the lay audiences it was designed for. 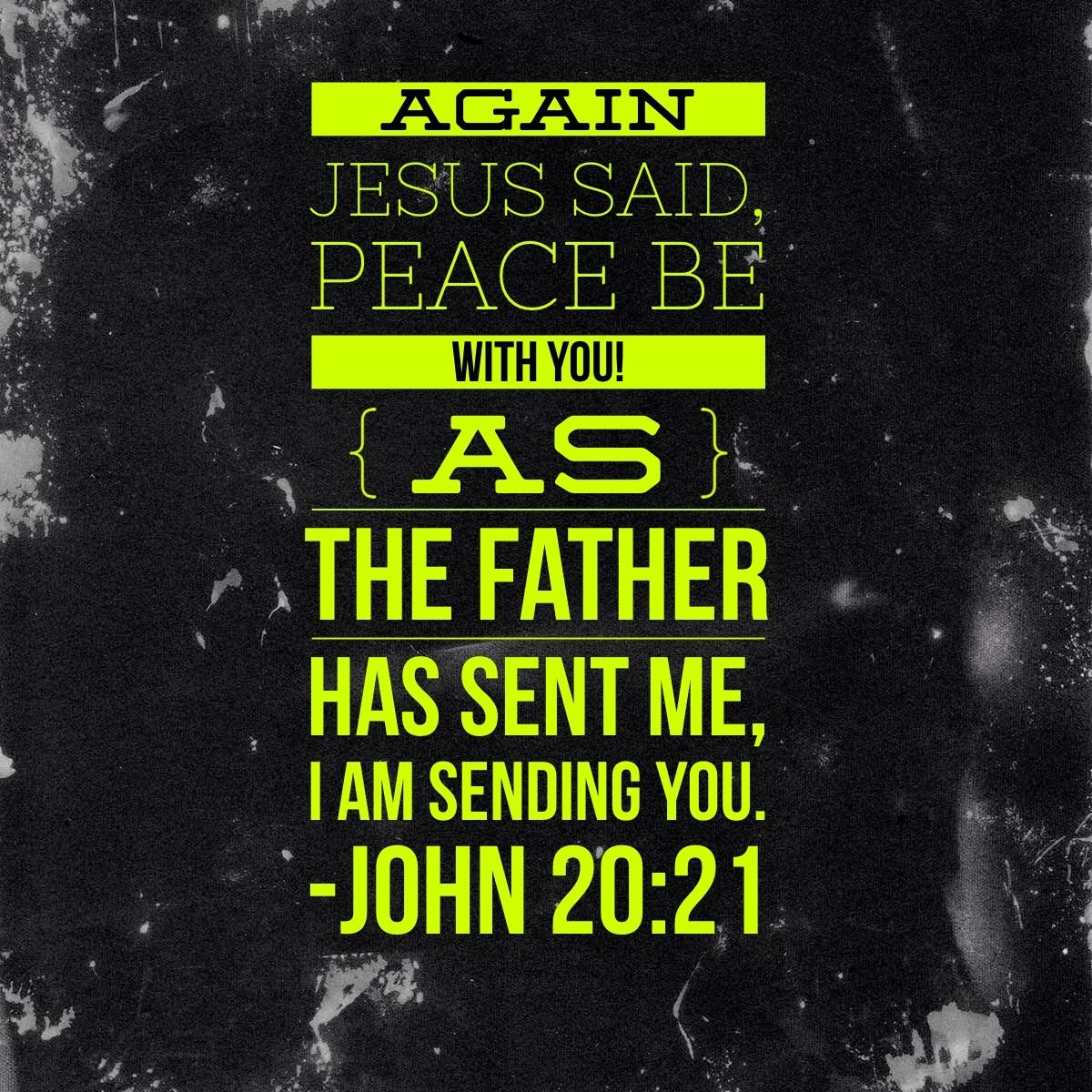 After all, Lutherans at their best—Ed is often that, methinks—are at once narrowminded in the extreme and generous beyond reason. Like Paul, they will brook “no other gospel,” nor any Lord and God who isn’t Christ Crucified. And also like Paul, they know of no one for whom Christ was not crucified, nor any person trusting this who isn’t rightly called a colleague in the faith. Paul goes even further and calls them “brothers,” a term that pops up at least 110 times in the letters that all agree are authentically his own. (Its comparative infrequency in Ephesians and Colossians would be a strong point in the argument that someone else wrote these.) So extreme is Paul’s generosity, by the way, that he even wraps this masculine term around the women in those first-century congregations he’s writing to, implying by context that all brotherly prerogatives—“Are you kidding?” say the guys—are theirs as well; or so it seems to this reader.

Now as with most creatures, Lutherans are rarely at their best. Over the past five centuries it’s been all too easy to find us slipping into a narrowmindedness of a false, ungenerous sort, the kind that screams not Paul, but Old Adam. Distinctions erased by Christ start once again to matter, and all too deeply. Of sinners, some are better, some worse, and a few beyond redemption—or so we pretend. Of saints and brothers, some are agents of the Gospel and others mere consumers. The former have degrees or clerical collars or appear somewhere on a list of professional church workers. They get to be called colleagues. The rest, “merely” baptized, trudge through their days on someone’s secular payroll. The collared crowd call them “the laity.” Some take to regarding them as minions of sorts. I’ve witnessed that foolishness. I’ve sinned it too, I’m sure.

Crossings, as it happens, was established in the 1980s with the baptized laity precisely in mind. The assumption was that all too many are under-tutored for the task of letting one’s light so shine (Matt. 5:16) in the places and venues people occupy from Monday to Saturday. The aim was to remedy this by passing along some serious theological tools that would help them hone their confessional skills and put Christ’s benefits to work no matter when or where they found themselves. So much for good intentions. There came a point when the leadership of Crossings passed necessarily from the founders, Ed and the late Bob Bertram, to a corps of others, the majority of whom, like me, were pastors and preachers with full time jobs and a fair amount of interest in what others would regard as theological arcana. (See, for example, “third use of the law,” aka tertius usus legis when we really wanted to flash our stuff.) What followed were fifteen years of thinking that our limited time would best be spent by trying to talk to other professionals—you know, the “real” colleagues. The concept here was a theological version of trickle-down economics: infect the preachers with a notion of what the Gospel is, and perhaps a drop or two will start to reach the folks they’re preaching to. It turned out, naturally, to be a bad idea, for reasons I’ll address some other time. The point for now is that the current leadership at Crossings has abandoned it.

This happened formally at our annual board meeting in late August. Crossings has been invigorated this year with a few fresh leaders, in particular our executive-directing team of Candice Wassell and Sherman Lee. Both are grievously part-time—and both are mocking those time constraints with their energy and imagination. Together they primed the board to deliver a once-and-for-all response to that still dangling question: who is our primary audience going forward? Answer: the thoughtful laity, people knowingly engaged in the mission of Christ—“as the Father has sent me, so I send you”—who are itching for tools that will burnish their faith, refresh their spirits, and crack open God’s word as a gift to use and employ while they go about their days as baptized infiltrators of a sinful, dying world.

Again, much more on this at some point soon. In the meantime, I pass along what is suddenly an official statement of what Crossings is about: “Equipping the baptized for their indispensable role as agents of and witnesses to the Gospel.” Sherman Lee calls this our new elevator speech. He has tried it out, he says, on people he knows who have little to do with church, and they all get it. They like it too. It sounds attractive, they say.

The challenge now is for our collared content-creators to get it as well, and to proceed accordingly. That means a shift of sorts also for Thursday Theology, signaled by today’s introducing term: “Co-missioners” as replacement for “Colleagues.” It’s there in the first place as a reminder to yours truly—old flesh hanging around my neck too, as Luther puts it—that he’s committed henceforth to editing and writing for an audience much wider than people who attended seminaries. (Thus reminded, an immediate note: “old flesh” is Luther’s term for the predisposition we were born with to be cramped and narrowminded in that false, ungenerous way.)

“Co-missioner” also cuts to the heart of what all of us were baptized for: to wake up every morning in this old, familiar world of sin and death under the Spirit’s commission to spend the next many hours as living advertisements of a new, unusual world that, thanks to Christ, is already in the making. Hence “We Do Crazy,” as in turning cheeks, loving enemies, forgiving sins, etc.

Thursday Theology going forward will focus squarely on explicating this everyday Christian “crazy” with constant attention to the death and resurrection of the One who authorizes it. For his sake we’ll also be sure to fuss and fume when we spot his 21st century servants, ourselves included, settling for less-than-crazy. You can expect us, of course, to continue doing this through the confessional perspective of the diehard Lutheran who insists that God keeps speaking two words into our ears, hearts and lives, the Law on the one hand, the Gospel on the other. Our driving objective throughout will be to help our lay readers catch this; and if some preachers catch it too, then God be praised. But first the laity.

This does not mean that Thursday Theology is about to be “dumbed down.” An assumption that writing primarily for the laity might require this is obnoxious on its face. We will still take it for granted that most everyone who bothers to work through a Thursday Theology post will have gone to college and likes to think. What we’ll avoid if we can help it is the shoptalk of the seminary nerd, the one who gets a tingle from those delicious Latin phrases. In my own contributions I’ll do my best to practice a lesson I learned long ago learned, that down-to-earth language is the vat that brews the clearest thought.

Finally, our aim—not for the first time—is to get Thursday Theology back on track as a regular weekly offering. To that end we’ve started pulling together a team of occasional yet regular contributors. As ongoing editor, I’ll introduce them to you as they start appearing. Each has a specialty and a particular interest, this one in current thinking about mission, another in reviewing books, yet another in spotting the theological themes that pop up so frequently in cultural artifacts like movies or TV shows. And so forth. Now and then we’ll post a good sermon. Every so often we’ll point to you to a gem that lies buried and all but forgotten in the Crossings online library. I’ll continue too as a regular writer, challenging myself for the time being to crank out two original contributions a month. One will be an essay on the intersection of Law-and-Gospel theology with the everyday realities of life in either church or world or both. The other will likely focus on twists, turns, and items of other interest in the texts that most all us will be encountering at church on coming Sundays. We’ll see how that goes.

In one other change, perhaps subtle yet significant, I plan from now on to step into the shadows of editorial anonymity. The one who wishes peace and joy to all who read won’t be Burce, but the Crossings Community; and whether it was me or someone else who pushed out what you’re reading is something you’ll never quite be sure of. I will own only what I write. The rest will be a gift from the community as a whole. This said, if something you encounter provokes a comment or complaint, keep pushing these my way. The address is jburce@att.net.

A closing thought: for the last few years, Thursday Theology posts received by email have featured a tag line: “That the benefits of Christ be put to use.” The phrase is so ingrained in me by now that it leaks easily into my prose. See above, paragraph four. It uses old Lutheran language of 500 years ago to summarize what today’s Crossings enterprise is about. I’ll be very glad if we can keep this in front of you for a while as a supplement to our new elevator speech. The latter is less opaque in 21st century ears, though if you know the old lingo, the former is sharper, more pointed.

The point is this: we are all of us sent and sent together—co-missioned; missus summus in that lovely old Latin—to spend the inexhaustible riches that God keeps adorning us with through the agency of his Son. May the material you encounter here going forward incite the holy spendthrift in you and drive you to encourage it in others. God grant.