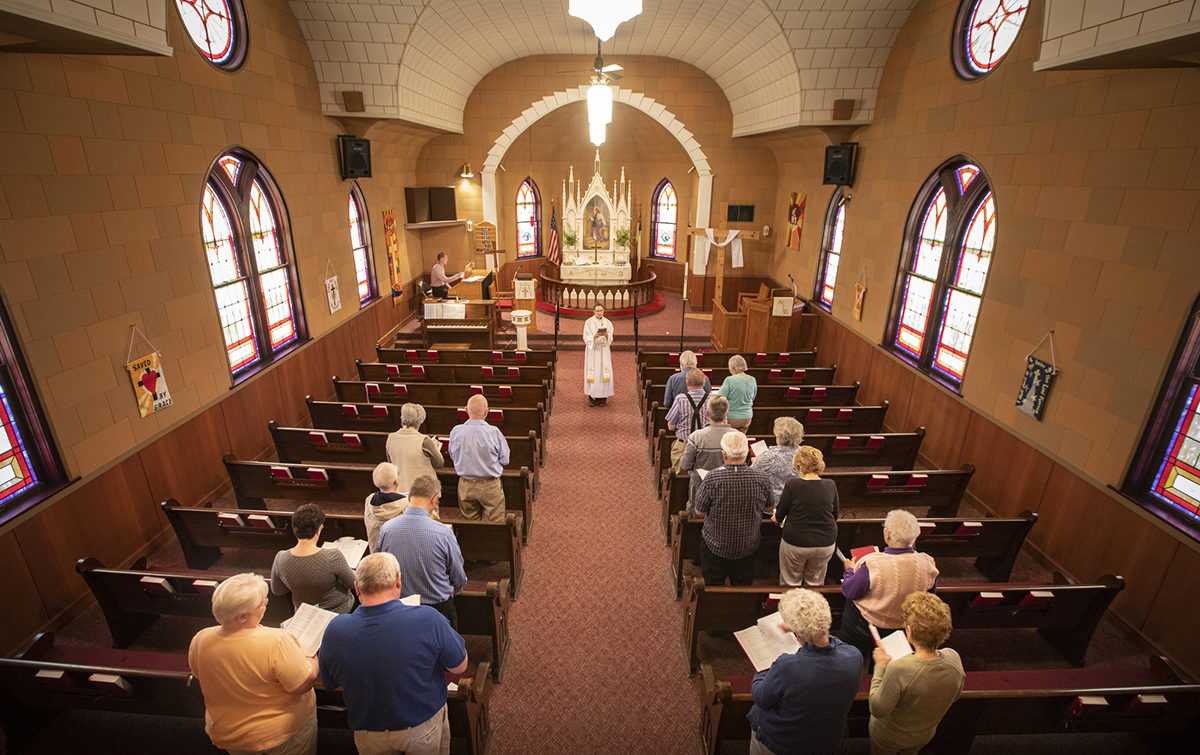 “Tracking” is a term Crossings practitioners use for a process that examines the contents of an everyday life for signs of correlation with issues surfaced in Scriptural texts. It starts and ends with careful listening to people the Word of God aims to address in today’s moment.

Such listening is more important than ever in 2019—assuming, that is, that baptized agents of the Gospel have any genuine interest in exercising their agency beyond the confines of their church walls. So argues our mission correspondent, Richard Gahl, in the reflection we send you today.

For Gospel Agents: The Imperative of Listening as Culture Shifts 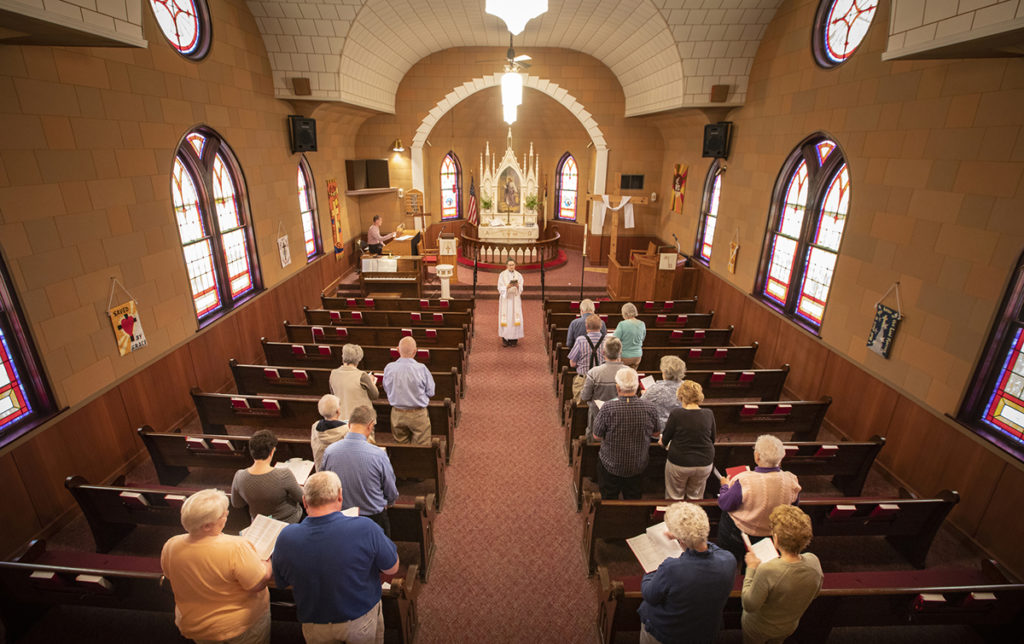 In the not-too-distant past churches chiseled in stone the name of the congregation on the side or in front of the building. A cornerstone would give the date of the current building. Later message boards with changeable letters were utilized to give information about services times, staff, etc. Many even posted cute messages. Some gave a WELCOME to all. In an era when people sought out a church, the sign board worked. Some people came and many connected. “We saw your sign.” “We saw your ad in the paper.” Recently, some of those notice boards have gone digital. 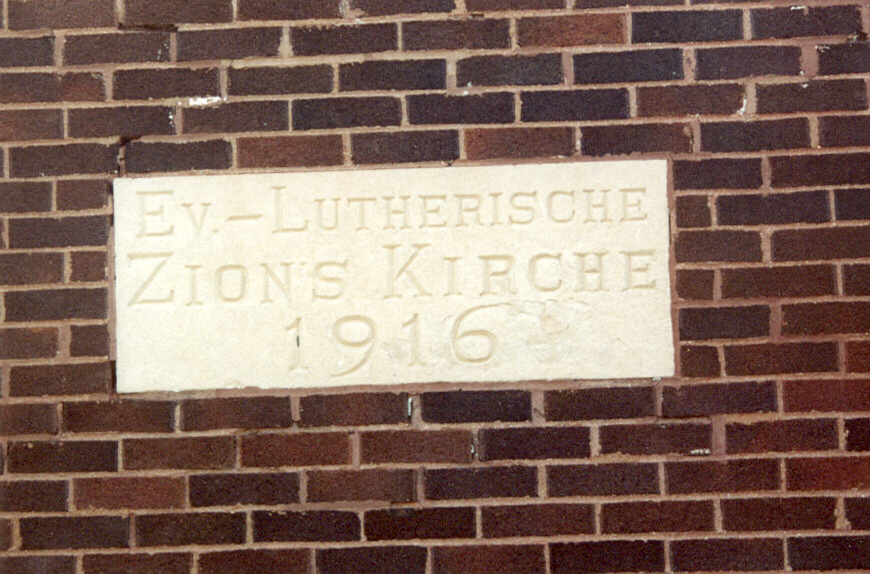 Somewhat later a study of people who were not connected to a local congregation discovered that a significant percentage of not-connected folks had moved to a new community and never got around to acting on church message boards’ invitations. If memory serves correctly, patterns were set six weeks after moving in. If people hadn’t “found” a church, they were less and likely to do so after six weeks.

For many years it was assumed that people would find a church if they were interested. A term was even coined for the process: church shopping. Our family did that when we moved to the Cleveland area in the 80’s. We checked out a number of congregations before settling on one to be our church home.

But to the point: Something has changed in recent years and the change has had an impact on congregations. It is generally true that church bodies in the U.S. report declining membership numbers. In the last fifteen to twenty years it is commonplace to see a ten to fifteen percent decrease in worship attendance in local houses of worship.

A paragraph in Dwight Zscheile’s The Agile Church: Spirit-Led Innovation in an Uncertain Age (Morehouse, 2014) recently caught my attention. He wrote with regard to declining participation in U.S. churches:

We think that if only we worked harder, preached better, or found the right program or technique, things would turn around. If you are thinking these thoughts and find yourself discouraged, I have a simple message for you: this cultural shift is not your fault. There is nothing you could have done or can do to reverse the cultural changes that have come upon us. (p. 33)

I have heard that kind of “if only” talk from pastors. I have participated in national discussions about declining church numbers. But note the words “cultural shift” and “cultural changes” in the citation from Zscheile. Up-to-date message boards in front of church have little impact on a culture shift. New denominational programs don’t appear to make much of a difference either.

A recent article in the Stanford Social Innovation Review (Spring 2019), “The New Practice of Public Problem Solving,” highlighted the general futility of current ivory tower strategies for fixing social ills. While the focus of the article is the social sector, extending the findings to churches is not a very big stretch. Consider this assertion: “The process of definition and diagnosis is grounded in research and data gathering typically carried out in places far from the people who are actually experiencing the problem.” (p. 29) The recommended alternative: “But in the end if serving people is critical to solving complex social problems, then people must also be engaged in the process.” (p. 29) 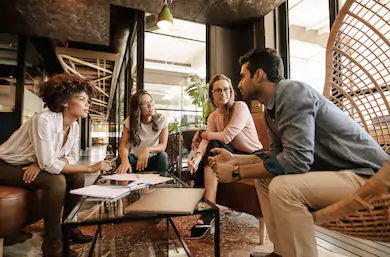 At that point I whacked myself on the side of the head saying: “Of course!” True confessions: in the 1990s I was part of a team that published two editions of a “Congregational Stewardship Workbook.” We spend time digging out (and imagining) best practices and put it into the hands of congregational leaders across the country. It was good material! But we never engaged congregational leaders in the process. And not much happened! The ivory tower phenomenon struck again.

In the light of the no fault judgment from Zscheile, how does the local congregation begin to deal with the culture shift? Ignoring it only complicates the problem. One thing for sure, don’t ask the denomination’s national or regional headquarters about solutions. They will certainly know the trends but are too far removed from individual communities to respond with anything other than well-meant generalities. A more productive option might be to ask the people in the communities around the church. Spend time with individuals and groups of people who are not involved in local congregations and listen to them about life in general and the issues with which they struggle.

A 2013 book from Dean Flemming, Recovering the Full Mission of God, suggests the outline of such a process: “We are called to flexibly engage our ever-changing world. This requires listening to peoples’ stories, as well as discerning how the good news might speak to their particular life’s circumstances.”

Some will wish to short cut a lengthy listening time and get right down to action. After all we, church council and staff, know our congregation and by extension the communities around the church. We should do what we think best. The flaw in this thinking involves visioning the unchurched community through churched culture lenses. I think it would be much better to get out into the local coffee shops, laundromats, soccer sidelines. Engage people in conversation. Listen to how people typically think and act (my unresearched definition of culture). Build trusting relationships. Reflect and pray how good news can be communicated to particular life’s circumstances. That’s a place to begin. Zscheile would encourage churches to make a beginning. He models this beginning after Silicon Valley’s efforts at product improvement. Reflect and change the first attempt. Reflect more and change a bit more. And repeat this for a significant time. In other words, this is not a once and done leadership retreat with hoped for instant results. It is a long term commitment to connecting people to the good news.

But keep in mind this cautionary tale:

In the not-too-distant past I was detailed to interview seminary students who had self-identified for starting new churches. One of the research-based questions I asked was: How do you typically meet unchurched people? There were some really delightful stories that emerged. But one took a dramatic turn that sounded major alarm bells. Early in the interview the candidate had expressed a real liking for apologetics. (Confession: I did not remember what apologetics was, but I soon learned.) He loved to hang around a local coffee shop and engage people in conversation. Eventually he led folks to religious talk. So far so good. But then he said: “When they made wrong faith statements, I corrected them.” (apologetics, of course) His listening was seeking out “gotcha” moments. His statement reflected a variation of the assumption: We know what you already need. Come to us and we will tell you. Why ask questions when we already know that the answer is some variation of Jesus Saves?

Addendum. Pew Research Center’s recent study on churches is all over news feeds today (October 18). 65% of Americans self identify as Christian in 2019, down from 77% in 2009. At the same time “religiously unaffiliated” is now 26%, an increase of 9% from 2009. The religious culture of the United States is changing.

It’s time for some serious listening and care-filled diagnosis.