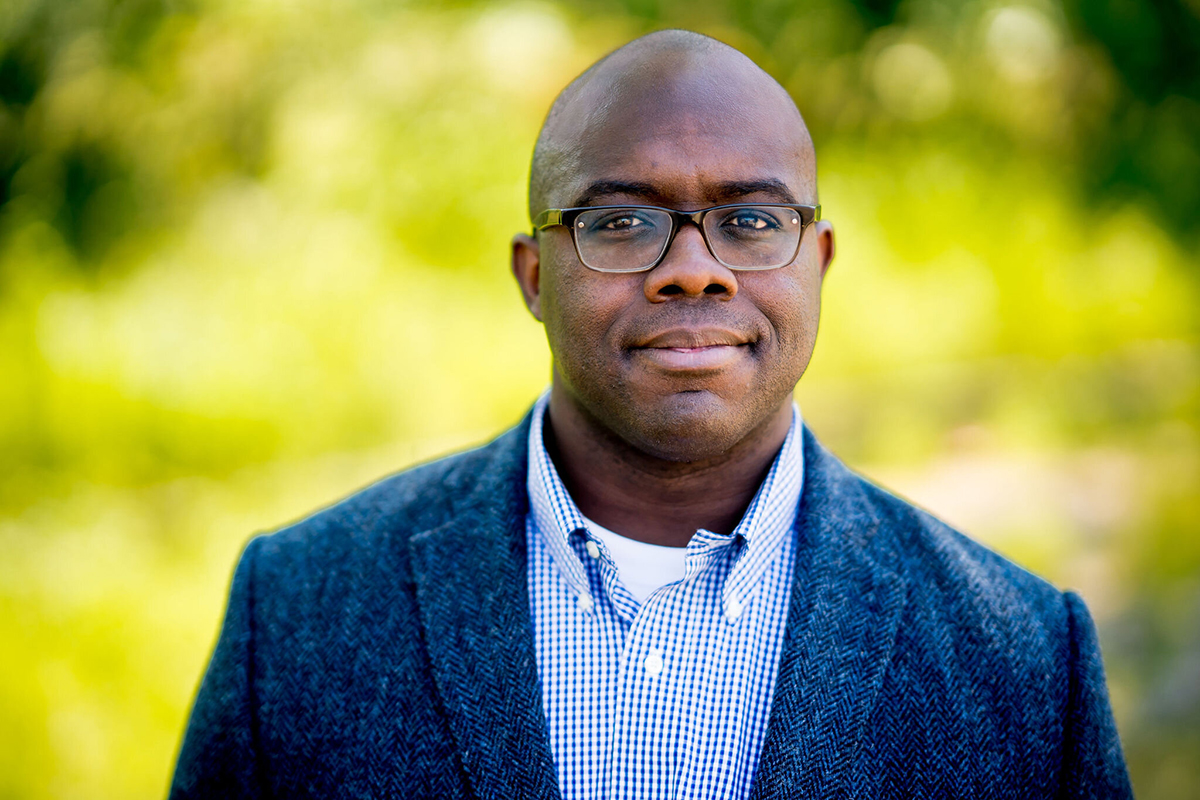 Bruce Modahl, editor of our quarterly newsletter, sent us a book review to share with you this week. We’re delighted to do so.

A reminder that our new offering, Crossings Table Talk, launches next Tuesday at 1 p.m. Central Time (2 p.m. Eastern, noon Mountain, 11 a.m. Pacific). Steve Albertin will lead a discussion of Robert Bertram’s “The Lively Use of the Risen Lord,” a chapel sermon that he and Ed Schroeder included in The Promising Tradition, their essential textbook for introductory classes in systematic theology at the brief but great Christ Seminary—Seminex.. Are you hungry for a chance to talk Law/Gospel shop with sympathetic others? If so, you’ll enjoy this series. For the Zoom link, drop a note to Cathy Lessmann.

A Review: Reading While Black 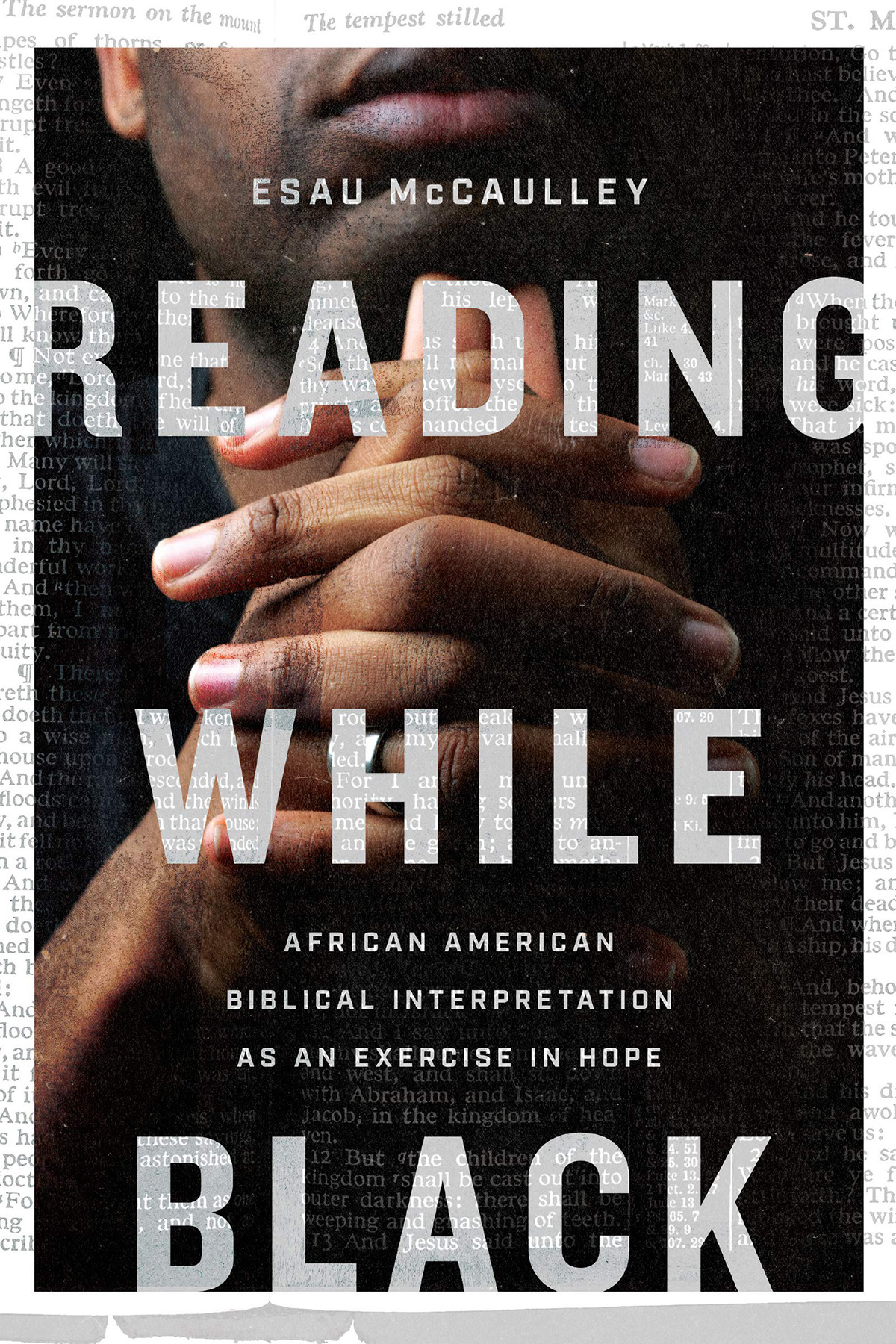 “The New Testament and a Theology of Policing,” and “What Shall We Do with This Rage?” are chapters in Esau McCaulley’s book. It is as if, when he sat down to write, he foresaw the death of George Floyd, and the eruption of rage following his death and the deaths of so many others.

That last sentence could only have been written by a white person who is only distantly aware of the violence perpetrated against black bodies. McCaulley may not have known Floyd’s name when he sat down to write. Yet, he foresaw his death, because deaths like his are nothing new.

Esau McCaulley is assistant professor of New Testament at Wheaton College, a priest in the Anglican Church of North America, and a contributing opinion writer for the New York Times. He earned a PhD from St. Andrews under the direction of N.T. Wright, an STM from Nashonah House Seminary, and an MDiv from Gordon Conwell. He attended the University of the South for his undergraduate degree. He grew up in Huntsville, Alabama.

Huntsville was the scene of one of McCaulley’s own frightening encounters with law enforcement. He writes that the United States, both historically and in the present, “has used the sword to instill a fear passed on from generation to generation in Black homes and churches.”

Four chapters later McCaulley poses the question “What shall we do with this rage?” He quotes James Baldwin, “To be a Negro in this country and to be relatively conscious is to be in a rage almost all the time.” McCaulley narrates a litany of Black suffering stoking rage; he then turns to the imprecatory psalms to give it voice. The cross, he asserts, breaks the cycle of vengeance and death.

These two chapters fit into a larger context. The larger project McCaulley undertakes is to put into writing the Black theological tradition that is mostly oral, transmitted in the sermons, songs, and prayers of the Black church.

Black progressives share the passion for social justice of the white mainline church. However, in McCaulley’s words, “For many [Black progressives] a traditional understanding of the Christian faith limited the work of liberation. They often saw the Bible as being as much a part of the problem as the solution.”

McCaulley’s goal is to articulate the Black ecclesial tradition as a dialogue partner for white evangelicals, the white mainline, and Black progressives. He makes a case for a Black and orthodox reading of the Bible. He writes that the best instincts of the Black church tradition are “its public advocacy for justice, its affirmation of the worth of Black bodies and souls, and its vision of a multiethnic community of faith.”

McCaulley is direct in his critique of the dialogue partners for the Black ecclesial tradition. Beginning with white evangelicals, McCaulley notes very few Black churches would take issue with the four characteristics of the evangelical movement as outlined by historian David Bebbington. These are conversionism, activism, biblicism, and crucicentrism.

McCaulley learned from experience that alongside these four characteristics are two unspoken fifth and sixth features of the white evangelical church. He writes, “These are a general agreement on a certain reading of American history that downplayed injustice and a gentlemen’s agreement to remain largely silent on current issues of racism and systemic injustice.”

In the white mainline church McCaulley encountered a biblical theology which had as its goal the deconstruction of the text. When he walked into his first undergraduate Bible class he stepped into the conflict between white evangelicals and white mainline Protestants. He writes, “In my professor’s attempt to take the Bible away from the fundamentalists, he also robbed the Black Christian of the rock on which they stood.” He asserts, “Black biblical interpretation is free to reject the thoroughgoing skepticism that stands as one legacy of the European dominance of biblical studies.”

The majority of African American theologians McCaulley encounters are from the progressive stream of the Black Christian tradition. He is happy to engage with them but claims voices are missing from the discussion.

McCaulley does not cherry pick Bible passages as he moves through the chapters of his book. He uses Romans 13:1-7 in developing a theology of policing. He begins the chapter “The Freedom of the Slaves” with a discussion of 1 Timothy 6:1-3. Some in the white mainline dodge this passage by claiming Paul did not write it. McCaulley does not travel that route. Rather, he does what is familiar to Lutherans. He uses passages where the gospel is clear to interpret 1 Tim. 6:1-3 where the gospel is obscure.

The Black tradition of biblical interpretation attempts to make sense of what it means to be Black and Christian. Black Christians bring questions to the text from their social location and are instructed by the text. Black Christians hear good news of liberation and the call to conversion and a new way of life. McCaulley says the Black interpretive tradition is socially located, theological, and canonical. McCaulley adds a fourth quality, patience. Throughout the book he demonstrates that he is willing to wrestle with a text, as Jacob wrestled with the Lord, until he receives a blessing from it.

McCaulley concludes, “I hope that the mainline tradition, the evangelical tradition, and the Black progressive tradition have found another conversation partner that deserves respect.” If any doubted it before reading McCaulley’s book, they will have no doubt when they finish it. This book is truly “an exercise in hope.”