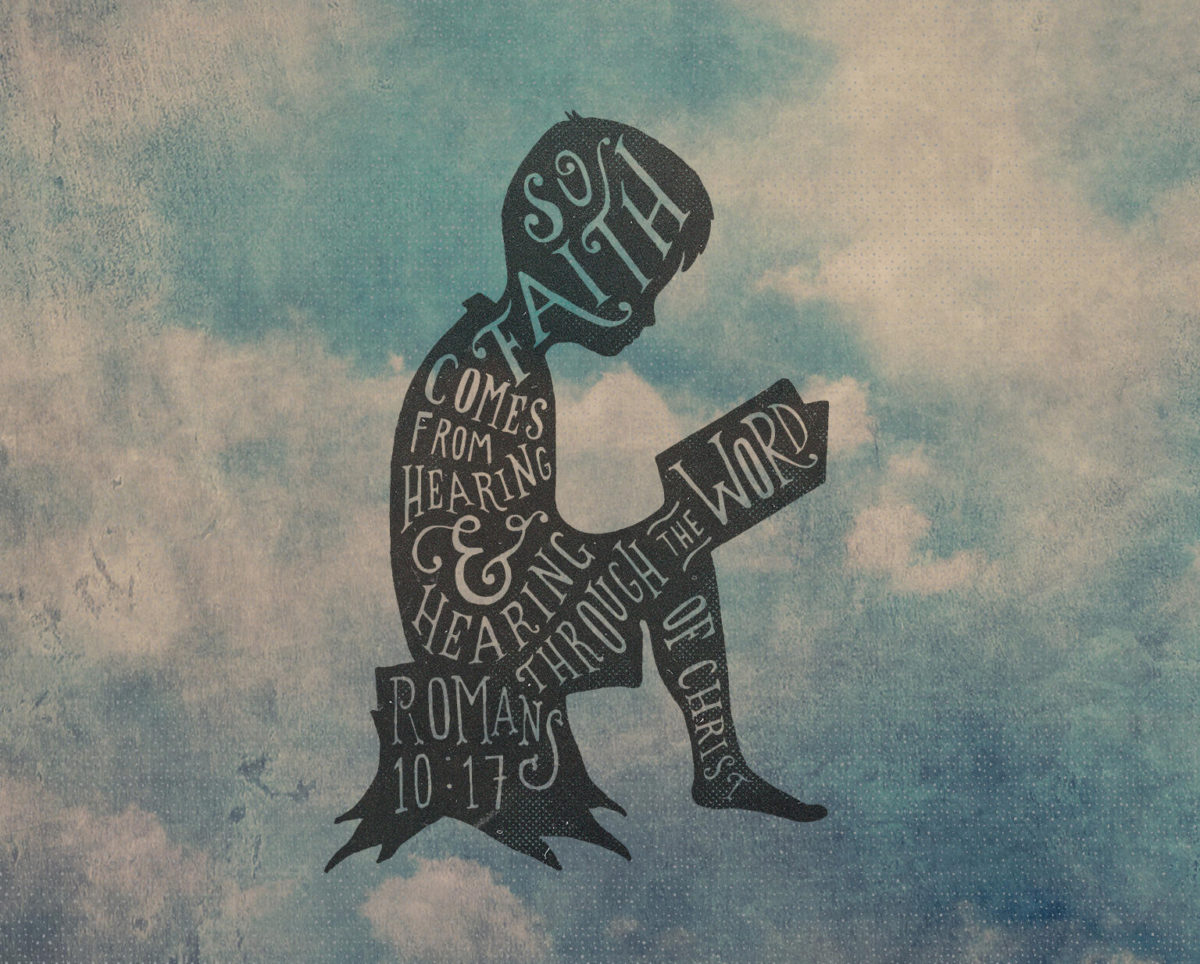 A month ago, we posted the sermon that the Rev. Lori Cornell, editor of our “Sabbatheology” text study series, heard at her ordination on December 5, 1993. Today we pass along Lori’s reflections on twenty-five years of responding to the charge she received that day. As fellow stewards of the “the Word Jesus” you’ll find them applicable and helpful, or so we expect.

By way of reminder, Lori has spent her entire ministry in the Pacific Northwest. She is presently serving as pastor at Calvary Lutheran Church, Federal Way, Washington. Her enormous contribution to Crossings—eighteen years so far and counting—includes a current stint on our Board of Directors. We thank God for her.

A Reflection on the Summons I Received at My Ordination 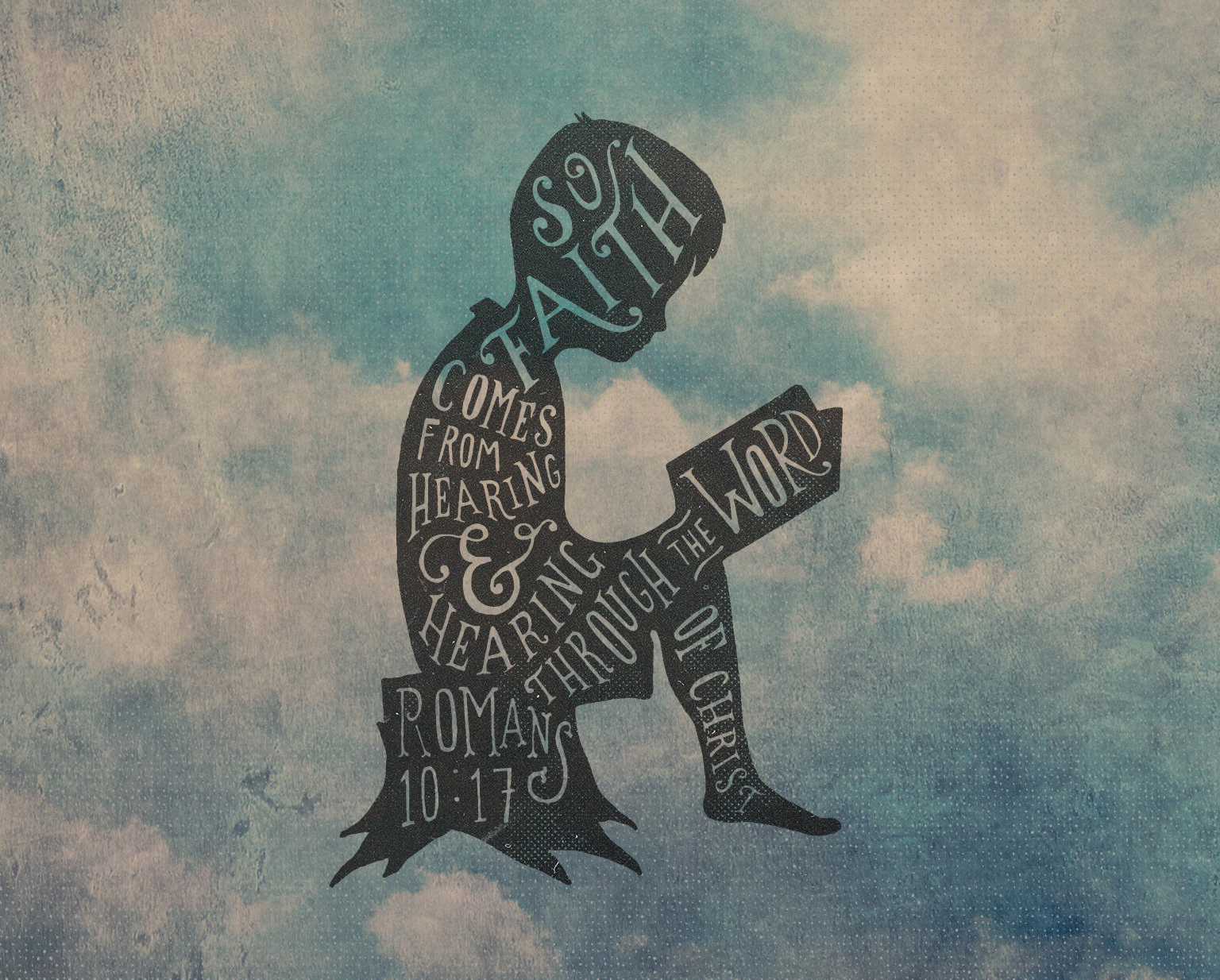 Dear preacher Lori,
Put in a Good Word for us.
Put it in our hearts and lips.
Put in the Word Jesus. 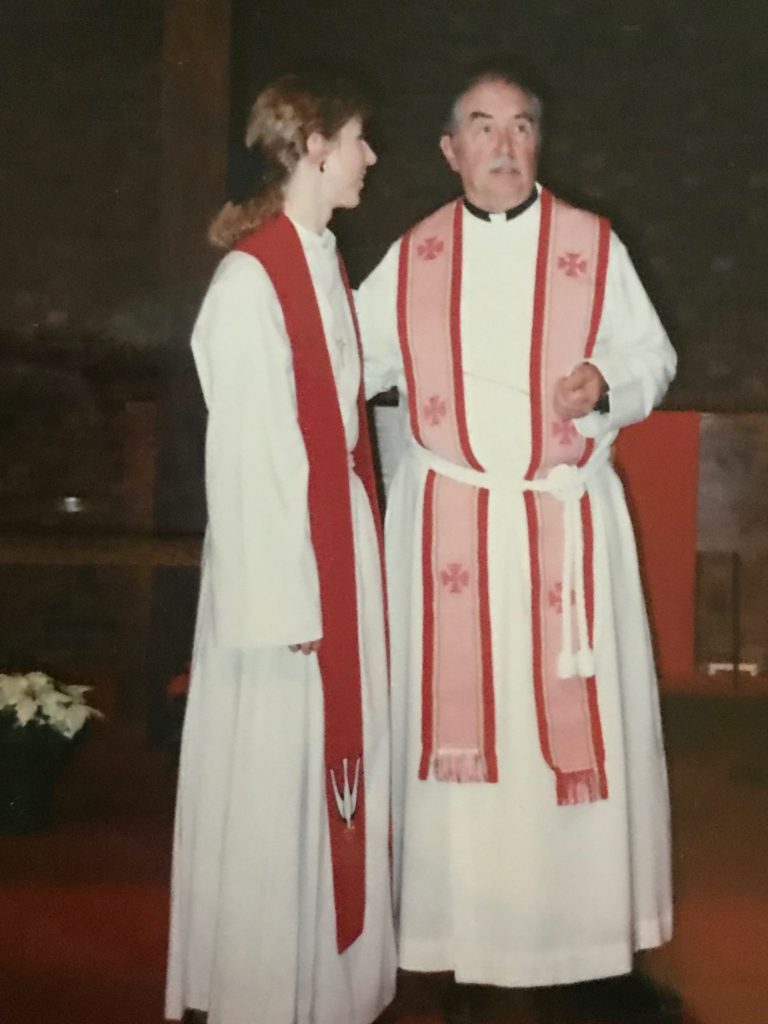 On the day after Christmas this year the Huffington Post ran an article in their Religion section, “Americans Trust Clergy Less Than Ever, Gallup Poll Finds.” The poll found that only 37 percent of 1,025 respondents had a “very high” or “high” opinion of the honesty and ethical standards of clergy; another 43 percent rated clergy’s honesty and ethics as average, while 15 percent had low or very low opinions of us. The poll sets Paul’s call to preach the good news—so it will be believed—on its head. Paul seems to assume that if there is someone—anyone? —to speak the good news, or “put in a Good Word for us … the Word Jesus,” as my mentor Bob Bertram said at my ordination 25 years ago, that grace will prevail. But how can they believe, if they don’t trust the preacher?

Now, this might seem like a good time to challenge the veracity of this poll. For instance, of the 1,025 respondents, how many of them actually attend church? We don’t know. When I was ordained 25 years ago, with the Rev. Dr. Robert W. Bertram as my preacher, Bob and I had the ability to preach to a much larger audience than ministers do today. Mainline churches have been in decline for decades, and the clergy’s sphere of influence is shrinking. We are preaching to a smaller audience of potential trusters in the gospel.

Meanwhile, outside the walls of the church—particularly in the Pacific Northwest, where I serve—public opinion of preachers has declined drastically. Never mind the clergy sexual-abuse scandal in the Roman Catholic Church that continues to unravel the faithful in Catholic pews, other mainline churches in the Pacific Northwest see fewer visitors and members than ever. How can they believe if they haven’t heard?

But let’s get back to the question: How many people polled actually attend church at all? That question makes several assumptions about church-goers: 1) that the preacher will “put in the Word Jesus” in her preaching that can change hearts, 2) that people who darken the doors of our churches will actually believe that good news and speak it, and 3) that the only people who will hear our preaching are those who darken the doors of our church building. All of these may be flawed assumptions.

As a preacher, I have next to no control over any of these assumptions. “Now wait!” you may say: “at the very least, the preacher has control over her message.” I wish. For while it is true that I pledged at my ordination to preach the gospel faithfully, the devil is always in the details. My best intentions to show people the Word Jesus can be impaired by all sorts of things: endless tedious meetings, the church furnace breaking down on Saturday—requiring me to locate space heaters to accommodate my aging parishioners by Sunday, the resident antagonist in the congregation distracting listeners with rumors before I enter the pulpit, death in my family, or (and here’s a pervasive concern for clergy) chronic depression. Good work habits and dedication can carry a preacher some distance, but sometimes life (or is that the devil?) seems to demand more allegiance than the preaching task.

Add to that my own internal conflicts (Have I been placing more trust in progressive politics than the Son of God recently? If life or God stripped away my middle-class existence, would I be satisfied with a gospel message that delivered love but not economic security? Are the people who remain in the pews here because they believe in Christ, or because they can’t think of anything better to do?); it’s a wonder I am able to put in a Good Word on any given holy day.

Maybe Bob was right when he said, “‘Everyone’… is continually on trial and the stakes are life or death, being ‘saved’ or the opposite.” We preachers, called to put in a Good Word for would-be Christ followers, have a problem of our own: we need that Word delivered to us continually before we can expect to interject it into the lives of others. But that Word is too often delivered to us in counterfeit, generic, or off-brand prescriptions that fail to treat what ails us. And, lest we Revs. live under the delusion that we can chant or recite or ohm our way back to faith, neither can the Word be self-administered.

Too often “dear Preacher Lori” finds herself relying on a clever turn of phrase, an incisive historical analogy, or some other vapor rather than Jesus. And when that happens the weight of my vow to be a faithful proclaimer of Jesus is a deadly condemnation of my failure. That is the damnable truth.

You fellow preachers, or would-be hearers of the Word, may be longing to change the subject at this point. As am I. God’s judgment is damn uncomfortable. But I think it’s critical that we linger in this moment a little longer. After all, wasn’t Christ buried under the weight of the law’s conviction until the third day? Maybe sitting idle in this purgatory is essential—not only so that we can know the discomfort of those longing for something more than the panacea we are inclined to give them—but also so we preachers can know full well that the cure we are seeking cannot come from within.

Maybe, while we wait out this precarious ditch between death and life, we will find that it is this very ditch into which we have fallen where Jesus climbs down to find us. As Bob said to me 25 years ago, “Without so much as holding his nose, he walks right into the praetorium, off-limits though it was. For there were we.” And here is the real assurance, that dead—even in our own understanding or effort—the Word finds us and lifts us up and out of our predicament.

How beautiful are the feet of Christ who is our Good News? His feet have stepped into stormy waters, over thresholds into the rooms of the sick and dead, and have been wept on. They were pierced for our transgressions, have been clung to at the open tomb, and have walked the road to Emmaus with disciples blinded by grief. How preposterous of us preachers to think that his beautiful feet are incapable of stepping into and lifting us out of the crap we have left along the way! And while we may be inclined to get mired in our excrement, Jesus is resolute to pick us up, wash us off, and redeem us.

And when the Word Jesus declares himself our Public Defender (despite the long list of witnesses against us, and the case still needing to run its course), for us “the courtroom falls silent.” Thank God, we preachers do not get the last word—as much as we may seem determined to have it most days. Jesus gets the last Word. He is the last Word.

For me, this is the promise that has sustained me for 25 years: Jesus always gets the last Word. Not me, but Jesus. In fact, such a promise can make a preacher downright giddy to share. To dance down the aisle of the church, beautiful exposed feet in full relief: This work doesn’t depend on me (I’m just the accused and acquitted). It depends on my Public Defender, the one who found me in and brought me out of the ditch, cleaned me up, and sets me on a new path daily. 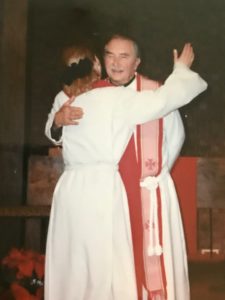 That said, putting in a Good Word, has not gotten easier. Speaking the grace of Christ into the hearts and onto the lips of hearers in 2019 will be perhaps more challenging than it has been in recent history. For the gospel is not a panacea to be prescribed: If you take this, maybe you’ll be saved. It is more like the oral cancer drug my parishioner with lung cancer has taken for the past six years: She didn’t like the diagnosis, but since she is willing to swallow, her prognosis is good. And she is elated to be alive and purposeful in her life.

Pacific Northwest culture is no more prepared today than it was 25 years ago to accept its fatal diagnosis: We can’t do this life alone. Nevertheless, with or without the church’s preaching, the need for a Good Word and a Public Defender presents itself again and again: to the overwhelmed single mother, the pancreatic cancer patient, the lapsed Catholic, the isolated bipolar sufferer, and the aching millennial who feels like life just isn’t what it’s supposed to be. And it’s on just such occasions that our beautiful, tired feet jump into action. We preach not ourselves but the Word Jesus. And it’s from our bruised hearts to theirs, our (sometimes reluctant) lips to their wary ears (whether they are in the pew, or listening to the podcast driving), that the Good News is delivered