The Good News in the “Short Ending” of Mark’s Gospel

Do the folks who run the church you attend follow the three-year lectionary when they plan their Easter services? If so, they’ll have a choice come Sunday of which Easter Gospel they’ll give you to hear, either St. John’s or St. Mark’s. The ones who love a preaching challenge will feed you St. Mark’s. Of the four Easter morning reports, it’s the one that ends on a “downer,” as Baby Boomers used to say.

If that’s what comes your way this Sunday, we have some help for you today. Our thanks to Steve Kuhl for providing it.

The Good News in the “Short Ending”
of Mark’s Gospel 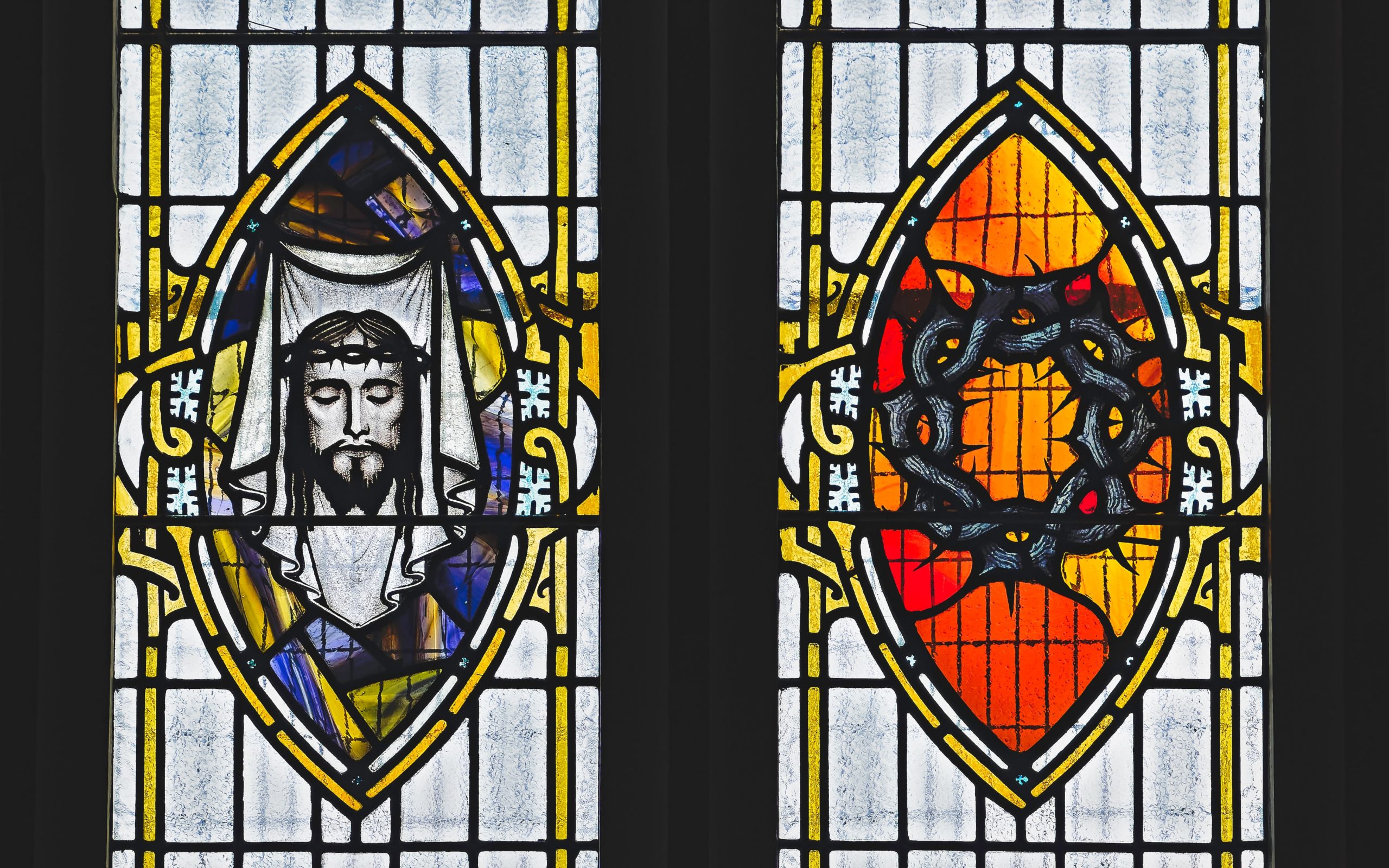 For Easter Sunday the Gospel reading is Mark 16:1-8. To be sure, over the centuries Christians have been uncomfortable with Mark’s ending to his telling of “The Good News of Jesus Christ, the Son of God” (1:1). For he gives no stories of the disciples’ “physical” encounter with the risen Christ—stories that are essential both to Paul’s account of the gospel (cf. 1 Cor. 15:5-8) and to the way all three subsequent Gospel writers tell it.

Of course, Mark knows that without the fact that Jesus is risen from the dead there is no Good News. The “young man” at the graveside says as much (16:6). But Mark is interested in addressing another issue. How does “faith” in the resurrected Jesus arise? What kind of internal battle does it entail? In that regard, Mark wants to tell us that the resurrection of faith from its initial condition of “fear” is no less “amazing”—a work of God, that is—than the resurrection of Jesus from the dead.

But there is more here. Mark is also concerned about the passing on (“traditioning”) of the good news. What do believers have “to pass on” to their not-yet believing neighbors so that they might believe? Answer: the same thing that the “young man” passed on to the women at the tomb, namely, that the tomb is empty, Jesus is risen, and he wants to meet you in “Galilee,” in the place where his ministry is still happening. For when Mark has the “young man” remind the women to remind the disciples to “meet Jesus in Galilee,” he is inviting not only them to meet Jesus there, but us too, in our case by listening once again to the story of Jesus’ Galilean ministry which Mark has just related. If we didn’t get it the first time—or the second or third time—then listen again!

Mark is thereby addressing the same question that John addresses in his telling of the so-called “Doubting Thomas” story. “Blessed are those who have not seen [the risen Christ] and yet have come to believe [in him]” (John 20:29). Or as Paul says (Rom. 10:17), faith does not come from “seeing” the resurrected Jesus in the flesh, but from “hearing” (trusting) the promise of the resurrected Jesus and then passing it on to others. The “go and tell” calling of every disciple is therefore Easter happening anew (v. 7) because through that calling they do to their hearers what the “young man” at the graveside did to the women. They set up in their hearers the same struggle for faith that those first hearers experienced.

With this concern of Mark in mind, let me now walk through the story of the first Easter morning as Mark presents it. Those who have read—and understood—Mark’s account up to this climatic scene at the empty tomb will note the irony in the way this scene unfolds.

We must be honest. Though well intended, the women’s trip to the tomb (v. 1-3)—with spices in hand and practical discussion about who would remove the stone—was not an act of Easter “faith” but of mortal “fear.” True, in one sense, the women’s journey to the tomb was an act of devotion to the Jesus they loved before his crucifixion. But that does not change the fact that they went, not in faith that Jesus reigns over death, but in fear that death still reigns over him. That fear is also known as “unbelief.” Of course, Mark uses a wide range of words in this short vignette to describe the various textures of their fear/unbelief: such as, “greatly astonished” (v. 5, 6), “trembling and bewilderment” (v. 8), and finally, “afraid” (v. 8). But however you name it, all those terms have unbelief as their root. 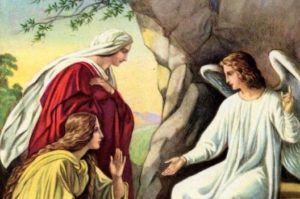 The women’s fear/unbelief was fully exposed (v. 5) when they arrived at the tomb. First they noticed that the stone was already removed. If they had come with Easter faith, that would have been no surprise. Next, they entered the tomb and encountered the mysterious “young man” (v. 4-5). That “alarmed” them! And in spite of the “young man’s” exhortation “not to be alarmed” and his resolute proclamation that Jesus is not here but risen, they still persisted in their “fear,” their unbelief (v. 8). Therefore, the greatest surprise to us, the reader, is that Mark ends his Gospel account on this sour note. Dealing with that is key to interpreting this text.

Why Mark decided to end his Gospel in this way is anyone’s guess. But I have one. It is assumed that Mark was a cohort of Peter, who lived in Rome, and who wrote his Gospel in the late 60’s. That was a desperate time for the church in Rome. For Nero had launched a citywide persecution of Christians in 64 AD, blaming them for his own act of starting a fire that burned one third of the city. He literally lined the streets with Christians on crosses and then set them ablaze. It is thought that perhaps both Peter and Paul were executed in this persecution. Anyway, given all the evidence that the power of death was still raging, Christians and non-Christians alike might well have asked: Is Jesus really living and reigning over the powers of death?

While Mark’s answer to that question is an emphatic “yes”—yes, that Jesus is no longer in the tomb under the power of death, yes, that he is risen!—it is not a simplistic answer that simply bypasses or dismisses the grim situation in Rome. For just look at who gives this answer: A mysterious “young man,” dressed in a white robe (the garment of baptism), who is still sitting in the grave (experiencing the reality of death), and who is, nevertheless, proclaiming that Jesus has conquered death—and so shall you. His sitting in that grave is like those Christians sitting in Rome who are persecuted and who, nevertheless, still believe and proclaim the promise of Jesus’ victory over death.

Three things are worth noting about this “young man.” First, you might say that this “young man” is nothing short of a God-send to these women, even as they act on their fears. For it is precisely as they “[enter] the tomb” (v. 5) that they also hear the young man’s proclamation (v. 6) of Jesus’ resurrection from within the tomb.

Second, the young man’s proclamation is precisely what Mark has been presenting throughout his Gospel concerning Jesus the Messiah, the Son of God. If those receiving it have not understood or believed it, the answer is not to look for something more—or other—than what Mark (and the church) are proclaiming, but rather to take another run through it. The true Jesus is the Jesus that they/we meet in Galilee: “the Son of Man [who] came not to be served but to serve and to give his life as a ransom for many” (10:45). 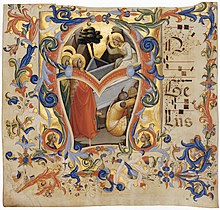 Third, the young man who is a God-send is also a God-sender as he commissions the women to go and tell Peter and the other disciples—their companions on the prior trip from Galilee to Jerusalem (15:41)—to go and meet Jesus in Galilee as he had already told them to do (v. 7). This command invites two assumptions. First, the disciples will indeed meet the risen Jesus in Galilee, though Mark does not report. (Subsequent editors would feel obliged to add a report; thus the longer ending (v. 9-20) which reads like an add-on). Second, in that meeting the disciples will receive nothing new. It will simply confirm all that Mark has reported on already, only this time, under the tutelage of the Resurrected Jesus, the disciples will increasingly begin to get it.

Subsequent disciples will also meet Jesus in “Galilee” but here it means the Galilean ministry as Mark proclaims it in his Gospel and as it exists wherever “the good news of Jesus Christ, the Son of God” is proclaimed (v.1:1).

In a sense, the story of Mark ends with a riddle. On the one hand, the women go away telling no one because they were afraid (v. 8) and yet, on the other hand, we along with the whole world know this story. That can mean only one thing. By the grace of God, the women told the disciples and Peter, who then went to Galilee to meet Jesus and, from there, carried the good news to Rome and beyond. Mark’s point is that all this happened not because the human agents (the disciples) were heroic or exceptional. Everything in Mark’s telling of the Gospel tells us the opposite. Rather, all this happened because Jesus said it would. In this sense the words “just as he told you” (v. 7) are the punchline of the whole Gospel. Jesus’ word is trustworthy—“those who want to save their life will lose it, and those who lose their life for my sake, and for the sake of the gospel, will save it” (8:35)—because God is not only the One who raised Jesus from the dead, but is also the One who turns fear-ridden disciples into faith-ruled recipients and proclaimers of the Good News of Jesus Christ.