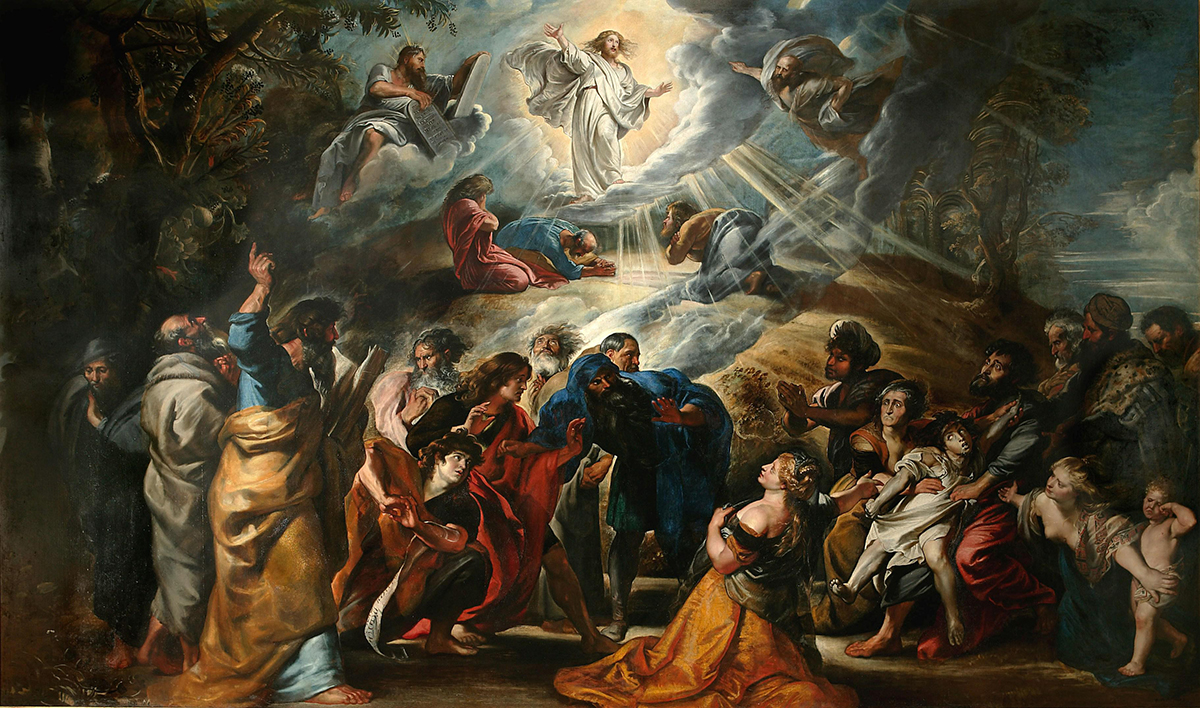 Six days later, Jesus took with him Peter and James and his brother John and led them up a high mountain, by themselves. 2 And he was transfigured before them, and his face shone like the sun, and his clothes became dazzling white. 3 Suddenly there appeared to them Moses and Elijah, talking with him. 4 Then Peter said to Jesus, “Lord, it is good for us to be here; if you wish, I will make three dwellings here, one for you, one for Moses, and one for Elijah.” 5 While he was still speaking, suddenly a bright cloud overshadowed them, and from the cloud a voice said, “This is my Son, the Beloved; with him I am well pleased; listen to him!” 6 When the disciples heard this, they fell to the ground and were overcome by fear. 7 But Jesus came and touched them, saying, “Get up and do not be afraid.” 8 And when they looked up, they saw no one except Jesus himself alone. 9 As they were coming down the mountain, Jesus ordered them, “Tell no one about the vision until after the Son of Man has been raised from the dead.”

The disciples of Jesus, agog, “fell to the ground and were overcome.” They were looking at their humble leader, but they could not see him. His face “shone like the sun.” His clothes were white “as light,” the more literal RSV. They wanted to contain the apparition, the holiness, their leader. Overwhelmed they were. Not good.

What is wrong? First, what is right? Their hearts are turned to God, to God’s leaders. So far, so good. But joy was prevented by the threat this implied. Until (as we now know) his resurrection would give them the “clean hands and pure heart” with which they might come openly to their God, until then, they best cover themselves with tents—and be silent. They were not worthy of what they were seeing.

The three who had seen Jesus transfigured could not imagine how life could get any better. It would be downhill from here. Their lame attempt to bottle the inspiration (in three tents) had been dismissed. Nobody would ever believe them, and besides, what good could it do? Absent resurrection, the vision only hinted that, like Moses and Elijah, some day Jesus also would be gone—and they as well. 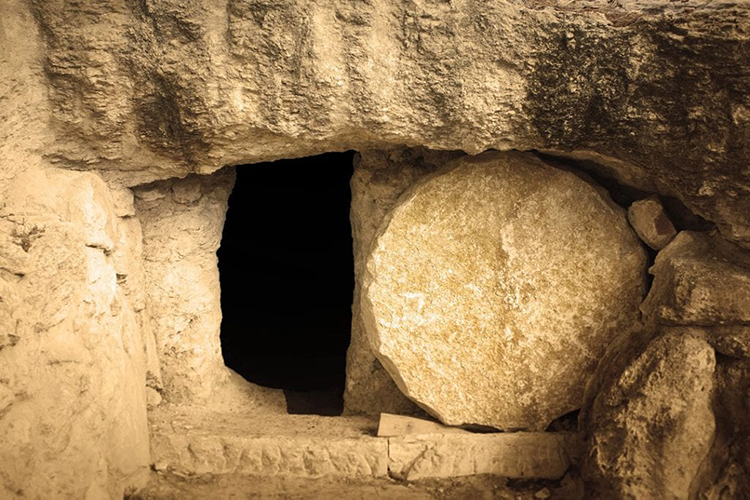 The reference to the Son of Man being raised from the dead later was not casual. All that had taken place on the mountain was to become a living Word, a promise of light in the face of Jesus (see 2 Cor. 4:6). And when Jesus meets his disciples on that mountain of Ascension in Galilee, the Transfiguration is fulfilled. Worshiping, believing (even with the doubts!), they are charged not to remain silent but to tell the world who Jesus is, and how sweet is the light shining from his face.

Step 5: Advanced Prognosis (Internal Solution): Which means what to/for us?

When we see the light shining from the face of Jesus (again, 2 Corinthians 4:6), we too stand on the Mount of Transfiguration/Ascension, loving Jesus and never wanting him to leave. We know he won’t, because of his trustworthy promise: “And remember, I am with you always, to the end of the age.” His commandments, precious to us and repeatable to the nations, are “Follow me; do not be afraid; peace be with you; wait for me; and love.”

Wherefore, we live in him, walk with him up and down mountains, rejoice even in our trials, all the stuff we did with him back before it was clear that the Son of God had been given for the whole world, to redeem us and make us his own. We rejoice in the radiance of our Lord when we worship him in the humble “dwellings” we call “church.” But we are not just awed and afraid, we are energized because we know the power of the Gospel is the salvation of the world, so out we go again to serve in peace and freedom and joy. Instead of collapsing on the ground at the awesomeness of divinity, we are raised from our graves to rejoice.

Tracking … The author relates this passage to a situation in his own life:

I once read an evaluation of myself not intended for me to view. Stripped of personal data, thank goodness. I had been at my new congregation for less than a year. Someone who had been led to believe during the call process that I would be terrific, concluded his own evaluation by writing, “Frankly, I don’t see what is so special about this guy.”

While humbling (and maybe a wee bit upsetting) at the time, I have to agree with him. What is so special about me? Especially when you look at the high-voltage Jesus on the Mount of Transfiguration. That is where truth is. That is where the goodness is. Jesus is special!

The trouble with people is that when you really get to know the truth about us, we generally are less impressive than we want to seem. The opposite was the case with Jesus. When three disciples got a closer look, their minds were blown. Jesus was SO MUCH MORE than even they had thought.

The disciples were wont to brag about their leader and their proximity to him. (Rub nails on chest.) Jesus said, “I’ll show you proximity!” and they were frightened to death.

But come resurrection, intimacy with Jesus was to become available to the whole world, through the gift of faith in him.

Meanwhile, “we have this treasure in clay jars, so that it may be made clear that this extraordinary power belongs to God and does not come from us.”

This is what is so special about “this guy” Marcus, or Peter, or you, or any of God’s children.