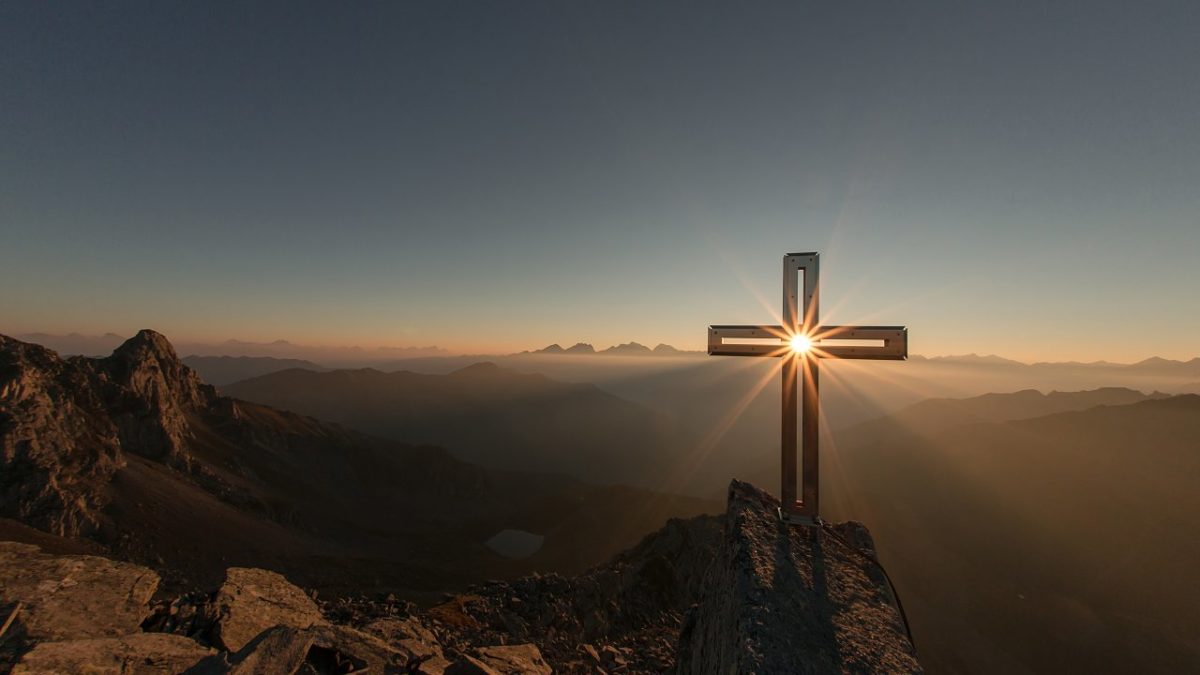 1 After these things Jesus showed himself again to the disciples by the Sea of Tiberias; and he showed himself in this way. 2 Gathered there together were Simon Peter, Thomas called the Twin, Nathanael of Cana in Galilee, the sons of Zebedee, and two others of his disciples. 3 Simon Peter said to them, “I am going fishing.” They said to him, “We will go with you.” They went out and got into the boat, but that night they caught nothing.
4 Just after daybreak, Jesus stood on the beach; but the disciples did not know that it was Jesus. 5 Jesus said to them, “Children, you have no fish, have you?” They answered him, “No.” 6 He said to them, “Cast the net to the right side of the boat, and you will find some.” So they cast it, and now they were not able to haul it in because there were so many fish. 7 That disciple whom Jesus loved said to Peter, “It is the Lord!” When Simon Peter heard that it was the Lord, he put on some clothes, for he was naked, and jumped into the sea. 8 But the other disciples came in the boat, dragging the net full of fish, for they were not far from the land, only about a hundred yards off.

9 When they had gone ashore, they saw a charcoal fire there, with fish on it, and bread. 10 Jesus said to them, “Bring some of the fish that you have just caught.” 11 So Simon Peter went aboard and hauled the net ashore, full of large fish, a hundred fifty-three of them; and though there were so many, the net was not torn. 12 Jesus said to them, “Come and have breakfast.” Now none of the disciples dared to ask him, “Who are you?” because they knew it was the Lord. 13 Jesus came and took the bread and gave it to them, and did the same with the fish. 14 This was now the third time that Jesus appeared to the disciples after he was raised from the dead. 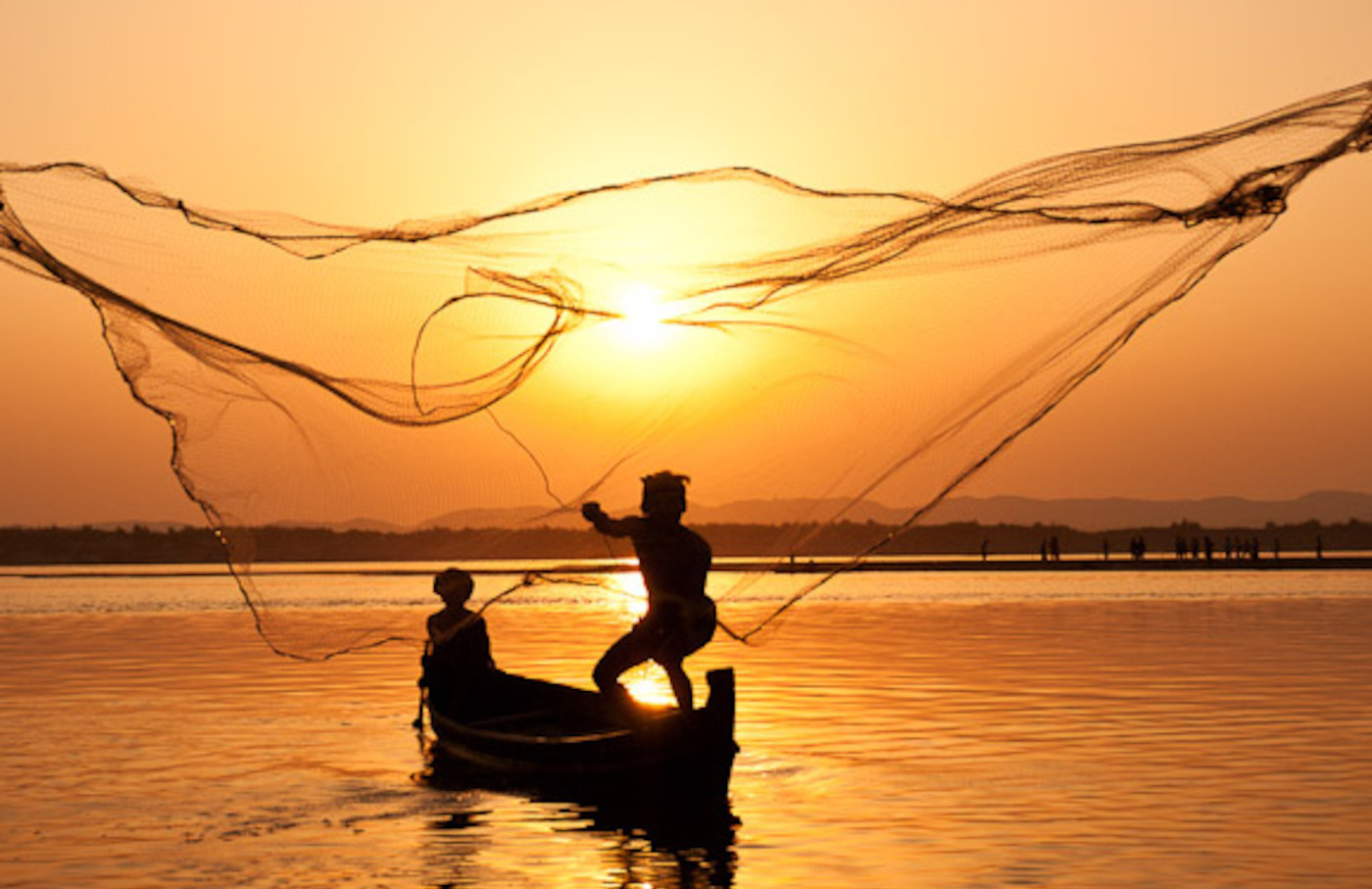 The text sounds anti-climactic but then we live most of our lives in the anti-climactic ordinary. In the Church Year we call “ordinary” the Sunday with an ordinal as in The Third Sunday after the Epiphany and the Fifth Sunday after Pentecost. In the Church Year we are not yet in ordinary time, yet the Triduum is concluded for another year. Easter Sunday is over. Jesus has risen. Time has passed. Now what? We have reached that other kind of ordinary. In his high priestly prayer, Jesus voiced concern for the future of his community as they lived the very dailiness of faith. He spoke of his hopes for them and made promises to them. He hoped they would remain faithful. He promised them his continued presence. Gail R. O’Day says our text “offers a narrative conclusion to these hopes.”

The disciples are fisherman. At least four of them are and this is not the first time they have set out on the Sea of Tiberias. They go about their ordinary lives. Jesus appears in the midst of an ordinary day. Peter is at the center of the story. Jesus puts his finger on what is most tender for Peter, what he would most like to forget, or at least have ignored. Jesus has a way of doing that. Witness his interaction with the woman at the well back in John 5. When Jesus asks Peter three times, “Do you love me?” he reminds Peter of his three-fold denial.

When he asks Peter “Do you love me more than these?” he reminds him not only of his denial but of Peter’s boast, “Lord, why can I not follow you now? I will lay down my life for you” (13:37). Peter has put himself above the other disciples. He rejects the future Jesus lays out and chooses his own heroics. He trusts not in Jesus but in his own strength and resolve.

Jesus said, “Whoever denies me before others, I also will deny before my Father in Heaven.” We have denied him in countless ways. What hope is there for us who would trust in our own courage? 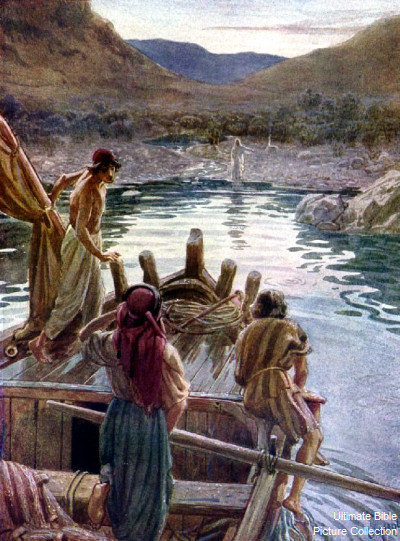 Reynolds Price’s short story “The Foreseeable Future” is set at the end of World War II. The main character, Whitley Wade, sits in a Thanksgiving for Victory worship service and studies the stained-glass window of the risen Christ stepping out of the tomb. Price writes, “Christ’s hips were hardly covered with rags; his palms were outward, displaying their ruin. His side was bleeding and his lips were very nearly smiling. It came as a shock to Whit – that threat of a smile, the first he’d seen in a hundred pictures of this ferocious moment. The man looked glad. Glad? What working man ever laid down to sleep and wanted to rise?”

In the midst of the ordinary Jesus provides abundance: 157 big fish, 180 gallons of the best wine, enough bread and fish for 5000+ people with a basket of leftovers for each disciple, ointment costing a year’s wage, and limitless forgiveness.

Step 5: Advanced Prognosis (Internal Solution): Lord, You Know that I Love You

Every act of confession and forgiveness is a return to the font where we die and rise with Christ. It may be a stretch, but when I read this text I think baptism. When Jesus came for them Peter put on “some clothes” (like a baptismal garment?) and jumped into the sea so eager is he to get to Jesus. In faith we come to the Eucharistic meal for the extravagant forgiveness of our abundant sins. Jesus feeds us as he fed the disciples by the shore. Peter endures the pointed questioning because he trusts Jesus’ mercy. And then Peter confesses his love for Jesus. This expression of love is made all the more poignant by the proximity of “the disciple whom Jesus loved.” (I have heard people say it is easier for them to say they have faith in God than love for God.)

In his prayer, (John 17:18, 20-22), Jesus promised that the disciples would share in his good works. That promise is formalized here with Jesus’ three-fold call for Peter to tend to all those who would follow Jesus because of the apostolic witness. The preacher might think of a time when she witnessed someone coming back to seek reconciliation with another—and share that with the congregation. The ministry of reconciliation is one of the ways we tend the flock.

The text ends with Jesus’ invitation to consider our own death as we follow him.