14 Then Jesus, filled with the power of the Spirit, returned to Galilee, and a report about him spread through all the surrounding country. 15 He began to teach in their synagogues and was praised (doxazo) by everyone.

16 When he came to Nazareth, where he had been brought up, he went to the synagogue on the sabbath day, as was his custom. He stood up to read, 17 and the scroll of the prophet Isaiah was given to him. He unrolled the scroll and found the place where it was written: 18 “The Spirit of the Lord is upon me, because he has anointed me to bring good news to the poor. He has sent me to proclaim release to the captives and recovery of sight to the blind, to let the oppressed go free, 19 to proclaim the year of the Lord’s favor.”

20 And he rolled up the scroll, gave it back to the attendant, and sat down. The eyes of all in the synagogue were fixed (atenizo—cf. Luke 22:56) on him. 21 Then he began to say to them, “Today this scripture has been fulfilled in your hearing.” 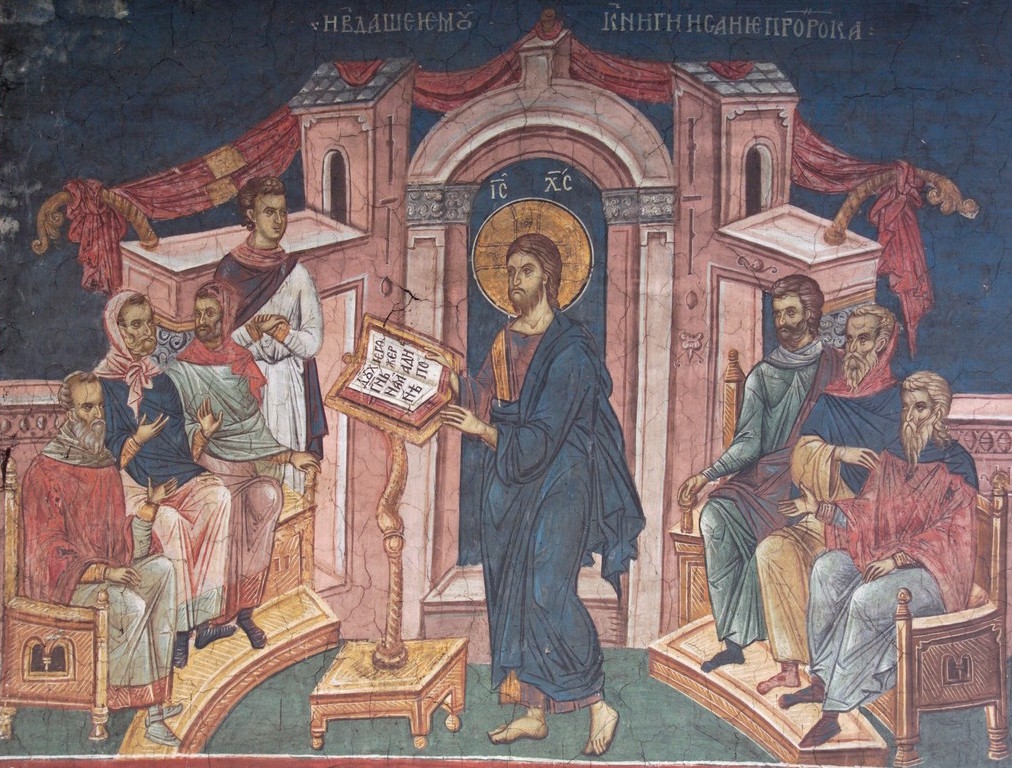 DIAGNOSIS: Sorting through the News

Step 1: Initial Diagnosis (External Problem): We Adore this Dude. He’s on Our Side.

We’re not sure who he is or what he’s done, but this Jesus fellow—one of our own, by the way—has created quite a stir. Everyone adores him, gives him glory. Anyone who gets that kind of fame so quickly we’ll follow anywhere, in whatever way we can, on GGN (Galilee Gossip Network), Twitter, Facebook, whatever. This must be our guy, The One. He’s famous. He’s ours. He’s a savior.

If we knew then what we know now, namely, that within a few minutes (or in liturgical time, after only a week) of our adoring rally chants we would chase that young imposter out of town and attempt to kill him, we might recognize that we heaped our glory and adoration not so much on Jesus of Nazareth, and surely not God (who happens to be the object of every other act of glorifying in all of Luke’s gospel), but our self-made image of what we wanted from someone who would set the world right, return us to our privileged place in the world, and come down hard on anyone who gets in the way. In truth, we adored ourselves that day, not him, as we do most every day when the world dumps on us little people (and no matter what, we always consider ourselves the underdogs) and we want justice, or better yet, vengeance. Thus, when this Jesus opens the scroll and reads from Isaiah those familiar words about being anointed to bring good news of liberty for captives, freedom from oppressors, with a brief addition to the text about restoring sight to the blind, plus that great, hitherto unfulfilled dream of a year of jubilee, we wait with great anticipation for the next phrase in Isaiah: “. . .and the day of vengeance of our God.” But Jesus doesn’t read it. He closes the scroll. In the silence of the deeply suspicious pause, we stare. We give him the same look a knowing maiden will eventually give Peter late one night in a Jerusalem courtyard. “You are not one of us,” says that accusing gaze. “You are one of them.” It just may be that we’ll want nothing to do with you, Jesus, fame or no fame.

Step 3: Final Diagnosis (Eternal Problem): The Deep Darkness of Our Own Blindness

In the end, we discover too late that the cruelest oppression we suffer stems from our own blindness. We can’t see any solution for our misery except for the conventional rules of engagement. Stop them before they overwhelm us. Anyone who is not “us” is “them.” Unless we’re on top, the world is upside down. Suggest otherwise, and we’ll run you off a cliff. You must be one of “them.” If it takes forever—and sadly, it surely will—we’ll sit in the dark and wait for a liberty and a light that meet our expectations.

PROGNOSIS: Light in the Darkness, Freedom inside the Prison 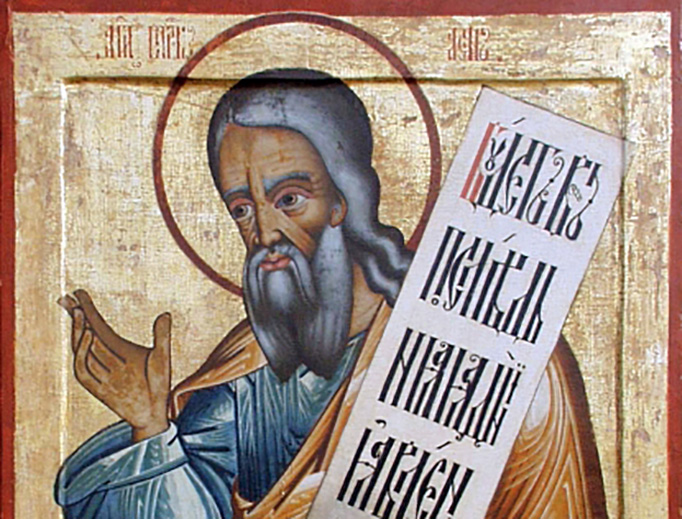 In Luke’s story, there comes another day much like this one, when folks cheer the famous Jesus as he arrives in Jerusalem where he once hung out with the elders and teachers in the temple. “Blessed is he!” they cried, and “Blessed is the coming kingdom of our father David!” Once more, they had soon heard enough and sought to end his life. This time he didn’t escape, and as he hung on a cross and discussed the meaning of his curious kingdom with one of his fellow-condemned, he said, “Welcome, friend. Even now, hanging here like this, we’re together, and not just anywhere, but the Garden of Eden.” There, in that conversation, we hear the good news and see it in action. Freedom’s just another word for hanging out with him, the Spirit’s anointed one, who joins us in our dying, in our countless, inescapable prisons, makes a life with us there, and gives us his own eyes so we can learn how to see and find friends inside the skins of “them,” those strangers and enemies.

Step 5: Advanced Prognosis (Internal Solution): His Way Into Prison Proves Our Way Out

In the great and wall-less synagogue where all the faithful gather, we have been crucified along with those two fellows near the end of Luke’s gospel, baptized into the death of Christ and raised with him to a new life in which we, too, now find the freedom of the Garden even in the darkest, most oppressive circumstances. In the daily dying and rising that is our life in this new freedom, we have learned not only how to distinguish between God’s gifts and our vision of freedom and vindication. We have also begun to learn glory-giving, although it takes a lifetime to get it even close to right. Glory belongs to the one who waits for both the child who wasted life in the far country and the other child so righteous he can’t see his errant sibling for dirt, and who in holy patience endures death, even death on a cross, for both children, just so they all—we all—can be together, today, in the Garden.

“Today this scripture is fulfilled in your hearing,” said the teacher whose fame and whose reading the listeners misunderstood on that day long ago. They could hardly have known who stood among them, in their synagogue, in that brief moment bracketed by all their heartaches, disappointments, angers, and the empire’s assaults on their persons. He didn’t so much preach good news as be or become the good news that day. Still today, he acts out that same, curious, hybridized version of Isaiah’s prophecy, being the good news in our world, only now he does it using our flesh and blood, joined as we are now in the waters of baptism, with us now raised as his body, the body of Christ in the great prison that no longer has bars or walls.