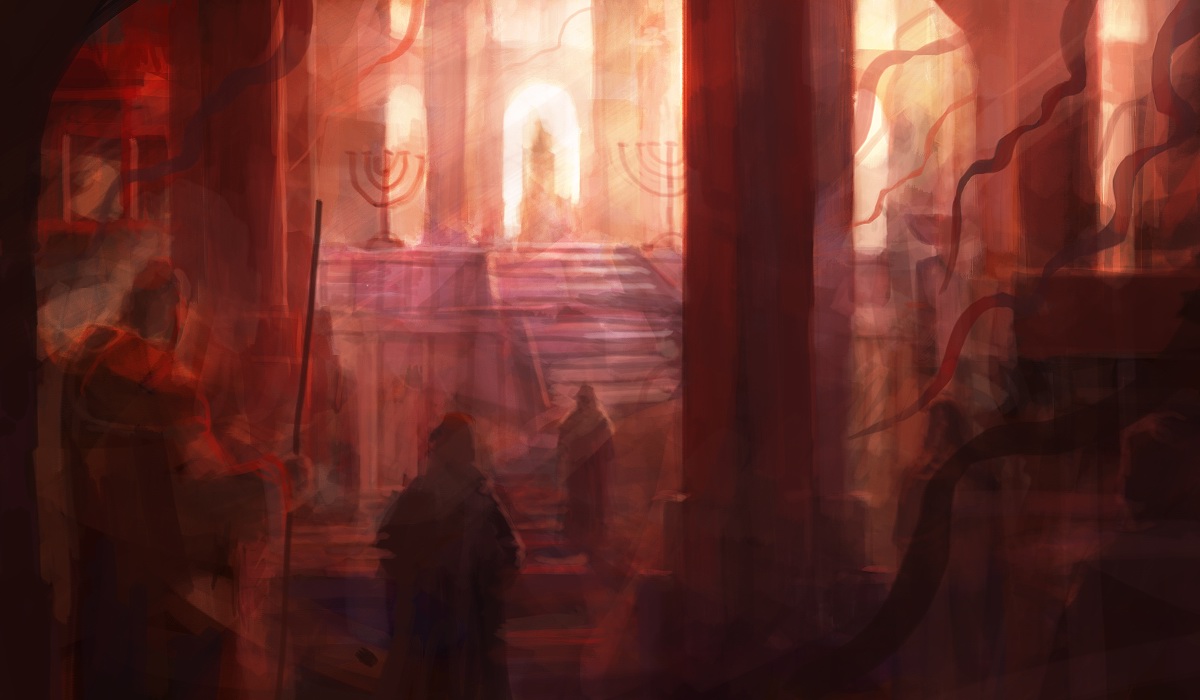 United by Our Failures

1 The beginning of the good news of Jesus Christ, the Son of God.

2 As it is written in the prophet Isaiah,

“See, I am sending my messenger ahead of you,
who will prepare your way;
3 the voice of one crying out in the wilderness:
‘Prepare the way of the Lord,
make his paths straight,’”

4 John the baptizer appeared in the wilderness, proclaiming a baptism of repentance for the forgiveness of sins. 5 And people from the whole Judean countryside and all the people of Jerusalem were going out to him, and were baptized by him in the river Jordan, confessing their sins. 6 Now John was clothed with camel’s hair, with a leather belt around his waist, and he ate locusts and wild honey. 7 He proclaimed, “The one who is more powerful than I is coming after me; I am not worthy to stoop down and untie the thong of his sandals. 8 I have baptized you with water; but he will baptize you with the Holy Spirit.”

First century Israel was fractured into many different religious and political factions or paths. Sadducees, Zealots, Pharisees, and Herodians all competed to speak for Judaism, to say nothing of the broader world including Samaritans, Romans, and others. Religion and politics were mixed, and cooperation with the Roman rulers was one of the big issues of the day. A conflict between purity and compromise fractured the groups in their response to the Romans. Regardless of the side, the people knew the fracture and division was bad.

The US has barely concluded the process of tallying the votes in an historic election with record turn-outs. As factions vie to consolidate power, the power struggle even affects the church. “Real Christians cannot vote for Y” is a belief not restricted to one side. At the same time, we decry the acrimony and the division in politics and moving deeper through society.

Fundamentally, what underlies the acrimony and division in Israel? Each of these groups believes they are just trying to follow Isaiah, and make the Lord’s paths straight. The others are getting everything wrong, whether in collaborating with Romans, refusing to work with Romans, or interpreting purity differently. Underlying all their actions is the conviction that their way is right, and these actions MUST be taken in order to have a just and equitable society.

As in the first century, all sides are operating from the conviction that their beliefs are correct. There’s really no way to justify how a Christian could vote for the side, after all. (Some, like Tolstoy, argue there is no way to justify a Christian voting at all.) Each has a strong need to be right, and to enforce doctrinal purity throughout society. Step out of line, and you can expect to be cancelled. (Google “cancel culture” to explore this idea.)

Beyond having a good society, one also must have the right beliefs and the right practices to be right with God. Belief is nothing without actions, and the actions of others expose how wrong and out of sync with God they are. Everything is at stake here: If we fail to impose our way on the masses we are responsible for the current problems. And if we’ve failed to make the right choice, we are in the wrong place with God. No matter how hard we try, right ideology won’t save us.

We believe that the world has been divided into Good and Evil. Our team’s win is a triumph of Good over Evil. We truly believe life will really become better once Biden is confirmed, or if Trump can eke out a win. The problem is, after the votes have been counted, we still have to share the country with all of those *other* voters.

the ones who voted for Evil. But if four years of Trump failed to motivate us sufficiently to convince those on the other side they were evil, what will? In the end, that’s our failure. Our beliefs are not enough to save the country. 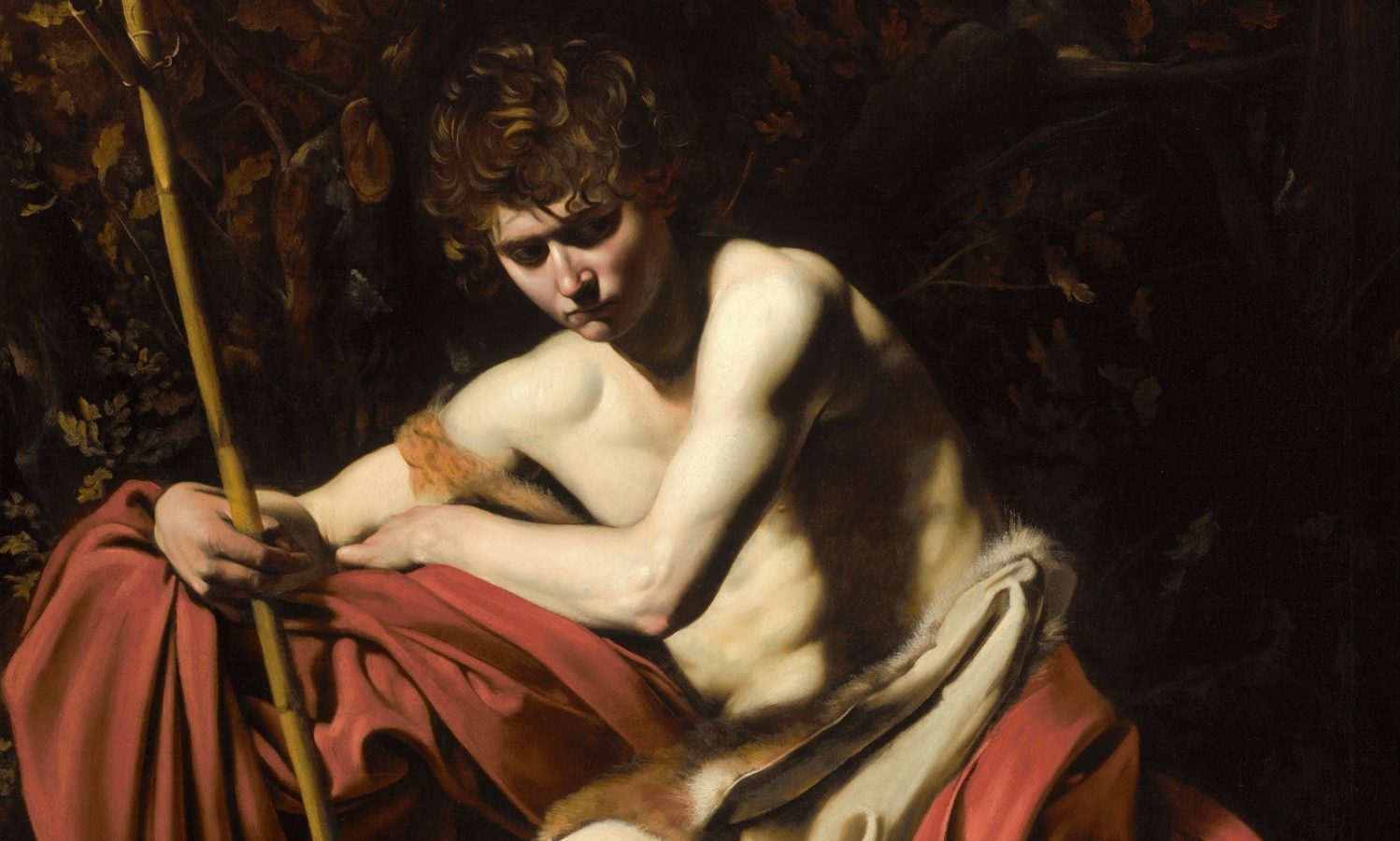 God does not sit idly by to watch us fail. John is sent by God—he “appeared in the wilderness” (those deserts that are meant to symbolize where God is not)—with Good News for us failures and sinners. God is sending his Son into the world. Jesus will come—and he will be killed by those who believe they have the right ideology. However, even killing God’s Son will not separate us from God. Jesus will overcome death itself to save us.

God is coming for us. But the Good News is specifically that God comes for ALL of us sinners and failures, regardless of what they support (whether liberalism, MAGAism, socialism, or conservatism). Even killing God cannot stop God. His death leads to life. For as John announces, the One who comes baptizes with the Holy Spirit.

John’s message is different from what the Jews have heard before him. Instead of calling people to do right, John calls the people to receive a baptism of repentance for the forgiveness of sins. This call is aimed at sinners—those who screw up, not the ones who get it right. John prepares the way for sinners to live by faith in the One who is to come, not by trusting in correct belief. And the One John prepares for, Jesus, baptizes with the Holy Spirit. And the Holy Spirit gives faith.

Repentance for the forgiveness of sins is something new and different, even today. And, in Christ, repentance is a work of faith not the law. Repentance breaks down the old Good/Evil divide, because faith is no longer concerned about right actions (sin clearly is a wrong action, regardless of its form). Nor is the call to repentance about right belief (after all, even doing the wrong thing for the “right” reason is still sin). Faith in Christ is finally greater than any political ideology. Faith gives us the ability to see where our ideologies fall short, and even where they may lead to violence. It’s hard to enforce ideological (let alone doctrinal) purity when everyone falls short. So sinners put their faith, not in ideology, but in the God who is continually doing new things in us.

The people who heed John’s call to be baptized, respond by confessing their sins. No longer do they focus on their neighbor’s failings; now they confront their own. More than that, each realizes that the problem isn’t just one group. People from both the countryside and the city come out together. They are all united by facing their own sins through the lens of John’s baptism of repentance and each receiving forgiveness. And all this preparation lays the groundwork for turning to Christ, with empty hands, to trust in him above all else.

Unity in faith doesn’t require or expect purity of belief or voting for the correct candidate. United in Christ, we confess our sins and our need for forgiveness. And, as we each face our own failings, we have more in common with our neighbors than we may have thought. Together, we heed John’s call to repentance, and trust in the One he prepared for, Jesus, who forgives and saves.