Jesus: Antidote for the Poison of Sin

31 At that very hour some Pharisees came and said to him, “Get away from here, for Herod wants to kill you.” 32He said to them, “Go and tell that fox for me, ‘Listen, I am casting out demons and performing cures today and tomorrow, and on the third day I finish my work. 33Yet today, tomorrow, and the next day I must be on my way, because it is impossible for a prophet to be killed away from Jerusalem.’ 34Jerusalem, Jerusalem, the city that kills the prophets and stones those who are sent to it! How often have I desired to gather your children together as a hen gathers her brood under her wings, and you were not willing! 35See, your house is left to you. And I tell you, you will not see me until the time comes when you say, ‘Blessed is the one who comes in the name of the Lord.’”

Author’s Note: Jesus spits in the face of “helpful” advice, believing that nothing is going to happen here because it can only happen in Jerusalem. He treats it as misdirection, doubting the sincerity or their stated motives for warning. He will not be deterred from his work out here in the suburbs. There will be time for drama in the big city soon enough. 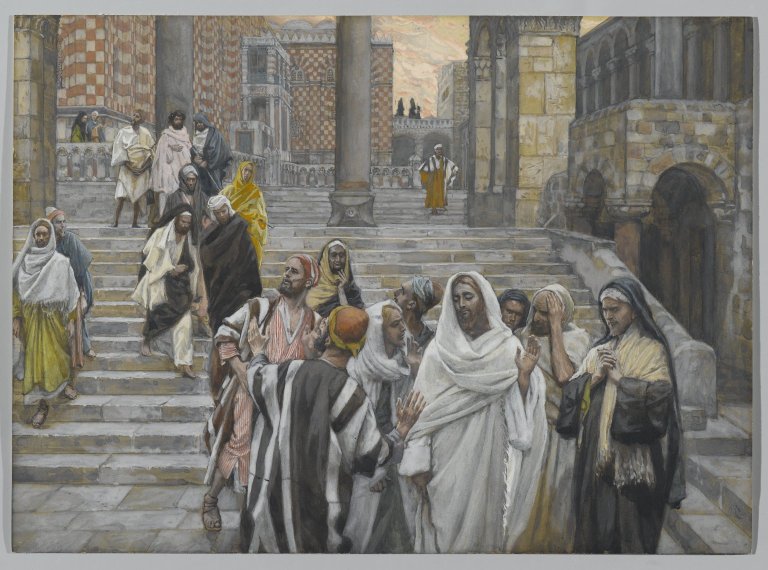 How curious it is that Jesus would walk right into the Pharisees’ trap after all, unless that is precisely how he will succeed in ushering in his new kingdom! Jerusalem will not come to him, so he comes to Jerusalem. He will spread his wings on the cross. They will indeed gather under those wings.

“Friendly” Pharisees warn Jesus that Herod is coming for him if he is not careful. Their warning may be genuine, or they may really be threatened by his ministry and hope he will be frightened enough to stop. Jesus is unmoved by their “concern.” He will not be silenced here and now because any threats they might be warning him about are empty until he reaches Jerusalem and the seat of government. Then again, perhaps they are using reverse psychology to motivate him toward his demise in the big city. If so, Jesus falls for their trap, but it simply confirms his testimony against Jerusalem in its treatment of prophets (v. 34).

Political maneuvering has been amped up to one thousand in recent years in this country. It has always been baked into our culture to some extent, but now it has been weaponized by ruthless politicos who benefit from a fractured society and government. The warning nature is more subtle and implicit behind the sniping, but it functions that way. “Get away from here” is rarely meant to benefit the recipient, but rather to scare them. When we are not intimidated into silence by this tactic, we tend to strike back in kind—which just intensifies the sniping. Meanwhile, the issues plaguing our country seem to get worse.

The “friendly” Pharisees do not believe that Jesus will be able to usher in his new kingdom (Luke 4:21) in the face of Herod’s threats. They may not disagree with his methods, but think he is going about them the wrong way. They feel he needs their help and guidance. Jesus makes it clear they have this backwards.

Or they do not want him to usher in his new kingdom and hope to use the threat of Herod to scare him off. More importantly, they do not acknowledge the authenticity of his stated calling. They may even be offended since he is encroaching on their turf. After all, he is a pharisee of sorts too. He should be working from within the system instead of trying to institute his own regime. Jesus is an interloper to them.

Calls for civility in discourse fail for numerous reasons, starting with the obsession media and pundits have for turning every controversy into a both-sides phenomenon, no matter how clear-cut the situation is. As a society, we are losing our ability to listen to each other because there is so much noise poisoning our dialogue. It is hard not to think that the only way to combat misinformation is to silence the culprits, especially when the only alternative we can think of is to let such misleading media regulate itself. We trust ourselves to defeat the poison, in spite of the fact that the poison infects us too.

Step 3: Final Diagnosis (Eternal Problem): Your House Is Left to You

Jesus insults Herod (v. 32) and disdains Jerusalem (v. 35a), turning his back on the “friendly” warning to continue undeterred. Moreover, he hints that he will indeed ride into Jerusalem to receive a rousing welcome. This is Jesus’ way of silencing their warning—by handing out a warning of his own. If they think his ministry is going to be derailed by this, they are sadly mistaken. Meanwhile, they are due for more headaches as he continues to free the captives and give eyesight to the blind, etc. He is on a roll. They better hope he does not roll right on over them.

Boy, that sounds like a wonderful thing to some of us, does it not? Where is this Jesus to roll over the forces of darkness that are engulfing our world? More importantly, can any of us manage to cleanly extricate ourselves from that darkness so he can go about his ministry for our benefit? Must we try to vanquish evil all by ourselves? 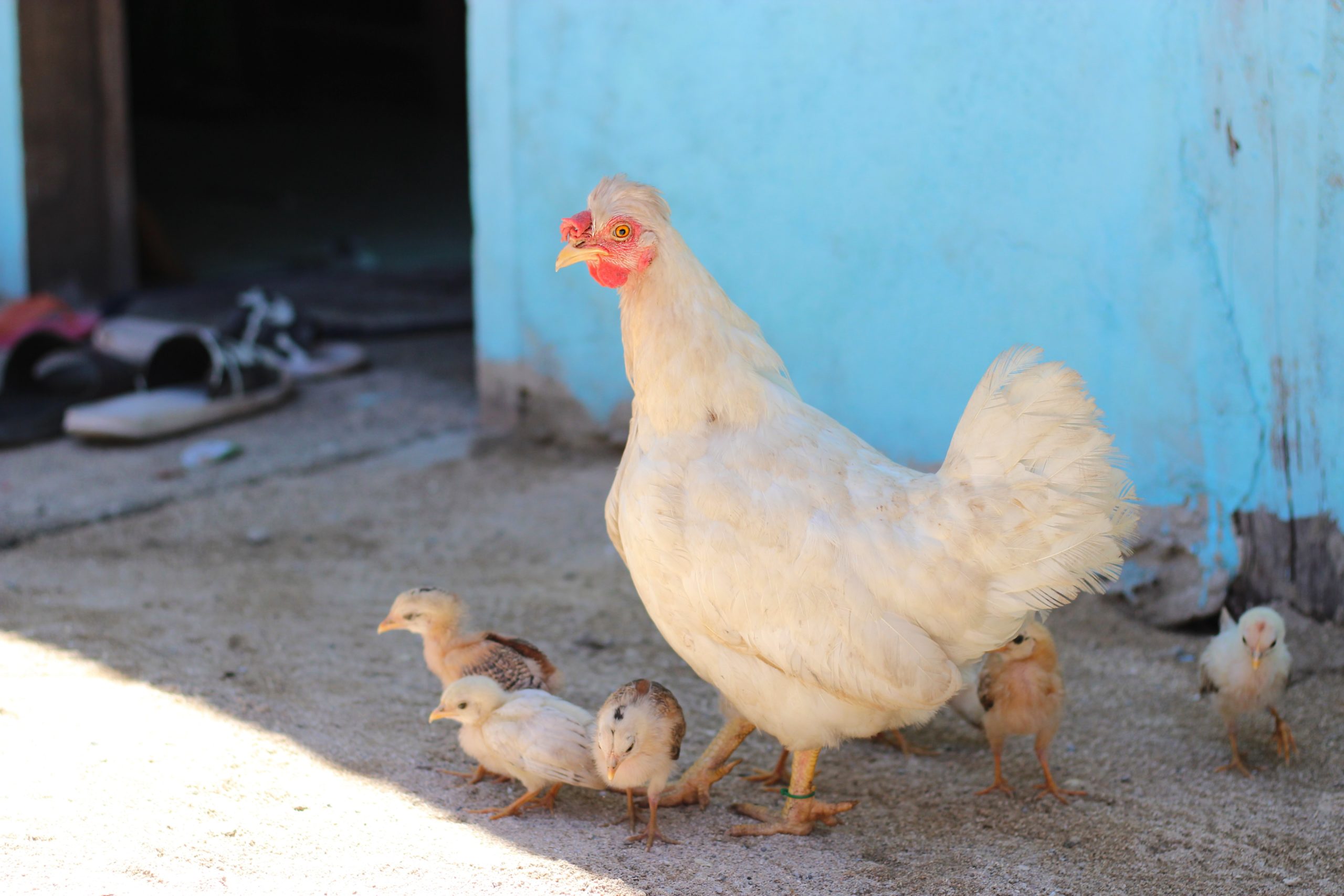 Photo by Esperanza Doronila on Unsplash

Step 4: Initial Prognosis (Eternal Solution): Jesus Redeems Your House by Dying in It

Let us take note: Jesus is heading to Jerusalem at some point, that city “that kills the prophets and stones those who are sent to it” (v. 34). He has to know what fate will await him. Well-meaning friends would be understandably worried about his seeming recklessness. As Luke will eventually share with us, the system in fact rolls right over him, just as the Pharisees’ warning indicated (v. 31). How curious it is that he would walk right into their trap after all, unless that is precisely how he will succeed in ushering in his new kingdom! Jerusalem will not come to him, so he comes to Jerusalem. He will spread his wings on the cross. They will indeed gather under those wings. Many will mock him, to be sure, but they will gather, nonetheless. He will count this as a blessing (v. 35b) because he views them as his brood, worthy of shepherding. He will even include in his new kingdom one of those crucified next to him (Luke 23:42-43). His new kingdom begins there on the cross he dies on. But it continues through his resurrection. His new kingdom is indeed impervious to the threats of Herod and anyone else, but his new kingdom is for us and our salvation—rather than his own.

Sincere followers of Jesus, even among the Pharisees can hardly doubt him any longer after his resurrection. Death is supposed to be the ultimate threat that shuts anyone down, but it was barely a hiccup for him. And now the story is that it was all for them. It melts the heart. They will never look at Herod (or their colleagues) the same way after this.

As for his foes, they may notice that his triumph does not steamroll over them so much as it relentlessly invites them to take another look. It disarms them with grace rather than threats. It unsettles because it is brand new, but it is something new that breeds curiosity rather than fear.

The poison we experience in our world that seems to multiply rather than dissipate can only lead to that which Jesus defeated on the cross and in the empty tomb. When we condemn each other, we condemn Jesus, for he stood there and absorbed it all in his own body. In return he gives us eternal life and righteousness that rightfully belong to him. We realize that we do not need to defeat evil because Jesus has already accomplished this for us.

Does this mean that evil gets off scot-free? No! On the contrary, not having to vanquish evil frees us up to fearlessly call it out and those who spread it. Instead of attacking evil people as worthy of going to hell, we attack evil as weak and pathetic. We remember that Jesus has already weathered the storm and lived to tell about it. He stands with us and gives us the strength to wade into the toxic world we live in as agents of mercy and grace, meeting ruthlessness with the disarming love of Jesus, which is his gift to the world.