9:35 Then Jesus went about all the cities and villages, teaching in their synagogues, and proclaiming the good news of the kingdom, and curing every disease and every sickness. 36 When he saw the crowds, he had compassion for them, because they were harassed and helpless, like sheep without a shepherd. 37 Then he said to his disciples, “The harvest is plentiful, but the laborers are few; 38 therefore, ask the Lord of the harvest to send out laborers into his harvest.” 10:1 Then Jesus summoned his twelve disciples and gave them authority over unclean spirits, to cast them out, and to cure every disease and every sickness. 2 These are the names of the twelve apostles: first, Simon, also known as Peter, and his brother Andrew; James son of Zebedee, and his brother John; 3 Philip and Bartholomew; Thomas and Matthew the tax collector; James son of Alphaeus, and Thaddaeus; 4 Simon the Cananean, and Judas Iscariot, the one who betrayed him. 5 These twelve Jesus sent out with the following instructions: “Go nowhere among the Gentiles, and enter no town of the Samaritans, 6 but go rather to the lost sheep of the house of Israel. 7 As you go, proclaim the good news, ‘The kingdom of heaven has come near.’ 8 Cure the sick, raise the dead, cleanse the lepers, cast out demons. You received without payment; give without payment.’”

Author’s Note: Each Step in this analysis contains: Grounding (what the text says or implies), Tracking (a real or hypothetical problem), and Crossing (application of Grounding to Tracking). When unpacking a text in the Grounding stage, sometimes a Step is missing or not altogether clear, and so must be provided from clearer surrounding texts. In our text, Steps 2 and 3 are clarified by notions of “repentance” and “judgment” found elsewhere in Matthew’s Gospel.

Grounding: Everywhere Jesus went in Judea, he found disease, sickness, unclean spirits, demons, and death (9:35b; see also 9:18 and 25). Many were healed, others apparently not.

Tracking: 2000 years later, although we might name the problem differently, everywhere we go we find sickness and death of one sort or another. Yet it is always costly to do something about it. Mostly, we blame someone else, or God, or the government.

Crossing: Even as Christians, sometimes we do something about it, but mostly we don’t. And even when we do something, or everything possible, it is never enough.

Grounding: When Jesus proclaimed the “good news” (9:35) and instructed his disciples to do the same (10:7), he first called for “repentance” (in Greek, metanoia, 4:17). Although repentance is not explicitly stated in our text, it is implied. Metanoia literally means “a change of mind” but its usage suggests a wider, whole-body transformation. A better but still inadequate translation of its verbal form “Repent!” (4:17) might be “Be transformed!” or “Be changed!” From what? From “sin.” Sin, or what we might call our inner brokenness, Jesus said, is a foundational problem of which bodily brokenness is the evidence and for which the kingdom of heaven is the solution or good news. Metanoia, then, and its antecedent “sin” is implied with every declaration of the kingdom, as in our text. In a similar vein, “salvation” (in Greek, soteria, 1:21) means “healing” or “curing” the body as well as curing the spirit or heart from sin. When Jesus “forgave sin” (9:2) or prayed for forgiveness as an aspect of the kingdom (as in the Lord’s Prayer, 6:12), or when our text says that Jesus “proclaimed the good news,” a whole constellation of “saving” acts is implied that “cured” the inner brokenness of sin in those he healed. The intended result was metanoia, a complete transformation or change: from sin and sickness and death (hallmarks of both our inner and bodily brokenness) to forgiveness and healing and salvation (hallmarks of the kingdom of heaven).

Tracking: Today, as children of an “enlightened” age, faith or faithlessness in a God or gods (whichever you choose) and any inner brokenness that such faith may address, are unprovable personal options, inconsequential to the larger scheme of things. At most, what is needed is a good psychiatrist.

Crossing: Like Jesus’ disciples, we now see [after Jesus’ death and resurrection] that our inner brokenness is more problematic than bodily sickness and death. It is a problem deeper and more intractable than can be solved on our own, and it is a problem shared by everyone in the world.

Step 3: Final Diagnosis (Eternal Problem): At the Hand of God

Grounding: Jesus proclaimed, “Repent, for the kingdom of heaven has come near” (4:17; 10:7). Jesus (“God with us,” 1:23), called on Israel to change and be transformed from sinfulness to faith, because the time had come for God to put an end to Sin (writ large), to that inner and outer sickness and death that plagues us all. The judgment of God was at hand! Jesus and those around him expected that “the wrath to come” (3:7, 10) would sear, with refining fire, anyone who was not transformed by the kingdom. “Judgment” and “change” were watchwords of the kingdom, the sharp end as it were of the Good News.

Tracking: Surely, we enlightened ones ask ourselves, and perhaps even plead to God (or the one we call God): Would this God really hold our sin, our all-too-human brokenness, against us? If not, perhaps we are not “sinners” after all. But if so, isn’t Death (writ large) a bit too severe? – for who could survive such a judgment? God is thus a paradox for us.

Crossing: Our problems that we once saw in rough outline, at best in pixilated form, have now become terrifyingly clear. Our inner and outer brokenness, in the accusing hand of God (the only God we now know: our creator, the God of Israel), are the consequence of our Sin, relentlessly driving us ever closer to Death’s finality. (The fact that we cannot penetrate the “why?” of Sin and Death does not mitigate their reality.) The end of all things we hold dear in this world is a very real prospect, and we need to own up to it. 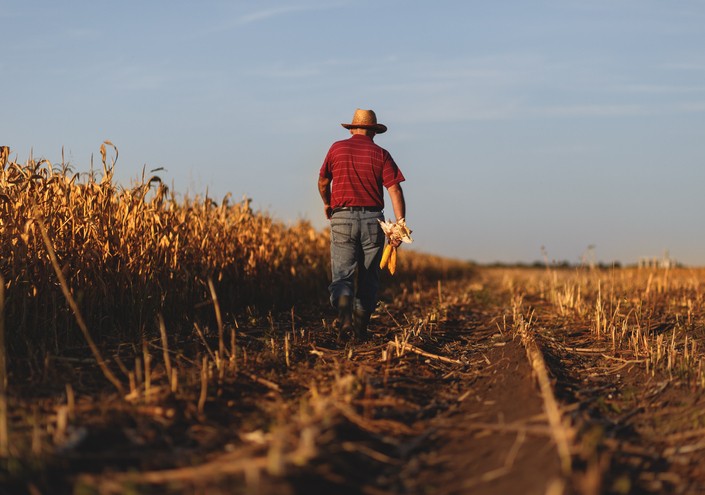 Tracking: If, 2000 years later, the kingdom of heaven still seems remote and the harvest far too slim, there is consolation, despite ourselves, that the world was “changed” for the better by Jesus and his disciples. But is that change enough? Look beyond the cynicism, common to us all, that the world has changed not one whit, and look beyond the politization of religion to the everyday compassion rendered by the Church to a world mired in war and poverty. See the faces of little children who can hear or see their parents for the first time, whose birth-wounds are healed! See the joy and relief of our precious elders who survive open heart surgery! See the abundance of modern agriculture to feed the world! See the awesome “power” that humanity has harnessed for global travel and global communications and for lighting the darkness! By the standards of the 1st century, heaven has touched the earth, and death itself is reeling.

Crossing: God, in Jesus, has changed the world, and we are changed! Sin’s self-centered grip on us has loosened, if ever so slightly, and death no longer appears final. Jesus’ death reminds us of God’s purpose to “save” the world at the supreme cost of God’s own son, and Jesus’ resurrection from the dead – the dead! – opens up a new world of possibility heretofore only imagined. And, wonder of wonders, we are included in that new world “without payment” (10:8)!

Grounding: When Jesus was raised from the dead in the glory of God and had appeared to his disciples, some “doubted” but most “worshiped” him (28:17). Matthew does not say why some believed and others did not. Yet those who did believe in Jesus are the ones who, on behalf of countless others, “changed” the world. They did not do so on their own accord but with the full “authority” (10:1) of Jesus who himself was “authorized” by God (28:18).

Tracking: We today have a love-hate relationship with authority, especially as regards a church (pick one) that has no clear understanding of what she is to proclaim to a world that regards her as a remnant of a bygone era of demons, myth and superstition. By what authority do we say and do anything at all, Sunday after Sunday, let alone weekday after weekday? Where is the harvest? Are we “essential” to the world like the air we breathe, or are we as useless as crabgrass? If Jesus was raised from the dead in the glory of God, then his “authority” is enough. He can be trusted.

Crossing: Those who are “authorized” to forgive the sins of others do so at the command and authority and empowerment of the crucified and now living Jesus of Nazareth. They do so in Jesus’ name, trusting that the same forgiveness they themselves received “without payment” (10:8) is freely given also to others without payment. This is the “essential” work of the Church without which nothing else she does as the living Body of Christ is even possible.

Grounding: Jesus’ healings, together with his declarations of forgiveness, strongly suggested that God was present among his people, but Jesus’ resurrection from the dead confirmed it. God, in Jesus’ relentless, all-consuming love for others, healed Israel (and therewith the world) from Sin and Death. Jesus’ physical healings visibly confirmed the deeper healing (forgiveness of sin) that “prepared the way of the Lord” (3:2-6). Now, as represented in the Twelve, Israel was to live no longer for herself but for the world. Now, nothing could stand in the way of God completing his promise to Abraham (Genesis 12:3). The new world that Jesus began, by enacting the kingdom of heaven, continued through his disciples as authorized and empowered by Jesus.

Tracking: Jesus’ modern-day disciples have become jaded. While forgiving sins in the context of worship remains, it has become all too ordinary. And healings, like those in the Gospel accounts, are at best far and few between. The modern default is that “healings” refer either to the apostolic era only or to prayer that may or may not be answered. Many Christians are asking, Is God still “with us” as promised (28:20)? Or they plead, for the millionth time, When will Jesus “return” to establish his kingdom? Get the paradox? Where, exactly, is the healing of the world that was begun by Jesus?

Crossing: Our text ends with Jesus’ word to his disciples: “You received without payment; give without payment” (10:8). The two saving moments are conjoined. As Jesus forgave, exactly so are his disciples to forgive one another and to love one another as family, even their enemies. The declaration of forgiveness (ending sin’s dominion) and the evidence of it (healing love) interpenetrate each other. Just as receiving and giving are inseparable, so also are forgiveness and healing. Forgiveness is love, and love is healing. One cannot receive or give forgiveness without receiving or giving love. They either “cross” each other utterly, or they cross each other out. The healing of the world began and continues with forgiving love. At the risk of raising a few eyebrows: To fixate instead on the glorious presence of God, or for Jesus’ return in glory, is really to “cross out” the forgiving love for the world that constitutes the kingdom of heaven. As Matthew expressed it: “As you did it to one of the least of these [whom Jesus loves], you did it to me” (25:34-40). The healing of the world continues in us, the family of God, as we forgive and love the world “without payment.”