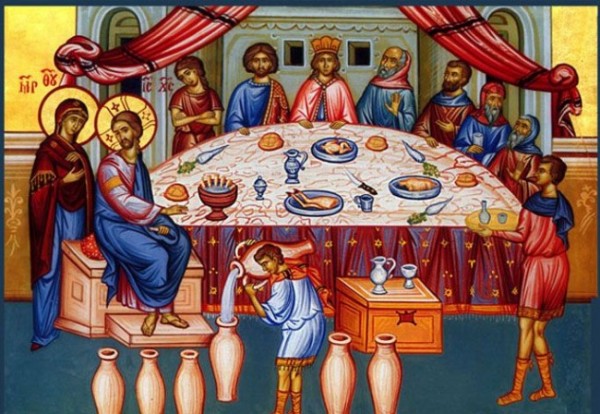 John 2:1-11
Second Sunday after Epiphany
Analysis by Lori A. Cornell

1On the third day there was a wedding in Cana of Galilee, and the mother of Jesus was there. 2Jesus and his disciples had also been invited to the wedding. 3When the wine gave out, the mother of Jesus said to him, “They have no wine.” 4And Jesus said to her, “Woman, what concern is that to you and to me? My hour has not yet come.” 5His mother said to the servants, “Do whatever he tells you.” 6Now standing there were six stone water jars for the Jewish rites of purification, each holding twenty or thirty gallons. 7Jesus said to them, “Fill the jars with water.” And they filled them up to the brim. 8He said to them, “Now draw some out, and take it to the chief steward.” So they took it. 9When the steward tasted the water that had become wine, and did not know where it came from (though the servants who had drawn the water knew), the steward called the bridegroom 10and said to him, “Everyone serves the good wine first, and then the inferior wine after the guests have become drunk. But you have kept the good wine until now.” 11Jesus did this, the first of his signs, in Cana of Galilee, and revealed his glory; and his disciples believed in him.

This was Jesus’ true hour: Drinking sour wine so that we might have the cup of salvation. Quietly breathing his last to work out God’s mercy while we keep getting drunk on the world.

The party is over if the wine gives out. So, the only logical conclusion is to get more wine—or so Mary seems to suggest: “They have no wine,” she says to Jesus (implying that he should do something about it).

Hospitality is the responsibility of the bridegroom’s family, not the guests. So, Jesus says, “Woman, what concern is that to you and to me?”  Making sure that the wine supply is plentiful doesn’t seem to be Jesus’ priority. It’s not his hour. Still, the party must go on, so Jesus caves a little: a few hundred gallons worth of wine. The best stuff, actually. But the party still will come to an end eventually.

When the wine supply is restored, Jesus doesn’t take credit for it. He simply allows everyone to enjoy the abundance and fades into the background. His efforts are invisible, except to the servants (who were, by the way, the first to be challenged by the guests when the pitchers ran dry).  Jesus’ efforts are unappreciated. The guests give all the credit to the groom. “Where’s God when you need him?” we complain when things don’t go our way. We fail to see God at work, to our condemnation. 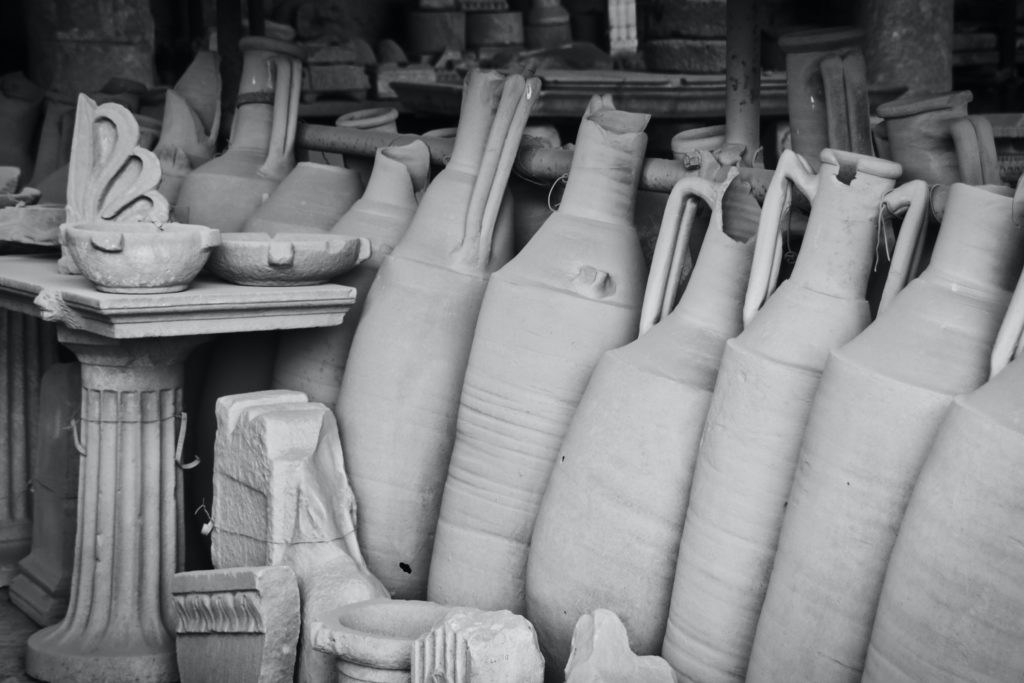 When Jesus’ hour did come, people still questioned where God was. Neither Pilate, the religious authorities, nor the crowd recognized God in the flesh as they cast their verdict: “Crucify him!” And, showing their true allegiance, they said: “We have no king but the emperor.” (Hear echoes of John 1:11 in this: “He came to his own, and his own people did not accept him.”) Still, this was Jesus’ true hour: Drinking sour wine so that we might have the cup of salvation. Quietly breathing his last to work out God’s mercy while we keep getting drunk on the world. Jesus takes our reckless disregard for God’s goodness to the grave with him. And he leaves it there, rejoining us in scarred resurrection flesh so that we can know that our company is requested at the someday-endless feast—where even better wine than Cana’s is served: well-matured wine strained clear (Isaiah 25:6).

The promise of that someday-endless feast has a way of intruding on our present: Whenever we drink the cup, we remember Christ’s death. We remember that Jesus, who worked quietly at Cana when his hour had not yet come and, more obscurely at Calvary when his hour had come, is present quenching our thirst for God. And, knowing that Christ shows up where and when we least expect to find him, we begin to look for him in hidden places and people.

Our ordinary gatherings with fellow believers, friends, and family take on an air of celebration. But, more surprisingly, our encounters with suffering become sacred moments in which to dwell: The death of a loved one becomes holy. Vulnerable conversations are not just endured but savored. Kneeling in service becomes essential. Life—even when the wine gives out and the guests have gone home—proves worth living.