15:26 “When the Advocate comes, whom I will send to you from the Father, the Spirit of truth who comes from the Father, he will testify on my behalf. 27 You also are to testify because you have been with me from the beginning.

[16:1 “I have said these things to you to keep you from stumbling. 2 They will put you out of the synagogues. Indeed, an hour is coming when those who kill you will think that by doing so they are offering worship to God. 3 And they will do this because they have not known the Father or me. 4 But I have said these things to you so that when their hour comes you may remember that I told you about them.]

“I did not say these things to you from the beginning, because I was with you. 5 But now I am going to him who sent me; yet none of you asks me, ‘Where are you going?’ 6 But because I have said these things to you, sorrow has filled your hearts. 7 Nevertheless I tell you the truth: it is to your advantage that I go away, for if I do not go away, the Advocate will not come to you; but if I go, I will send him to you. 8 And when he comes, he will prove the world wrong about sin and righteousness and judgment: 9 about sin, because they do not believe in me; 10 about righteousness, because I am going to the Father and you will see me no longer; 11 about judgment, because the ruler of this world has been condemned.

DIAGNOSIS: The World Conforms Us to Its Ideas 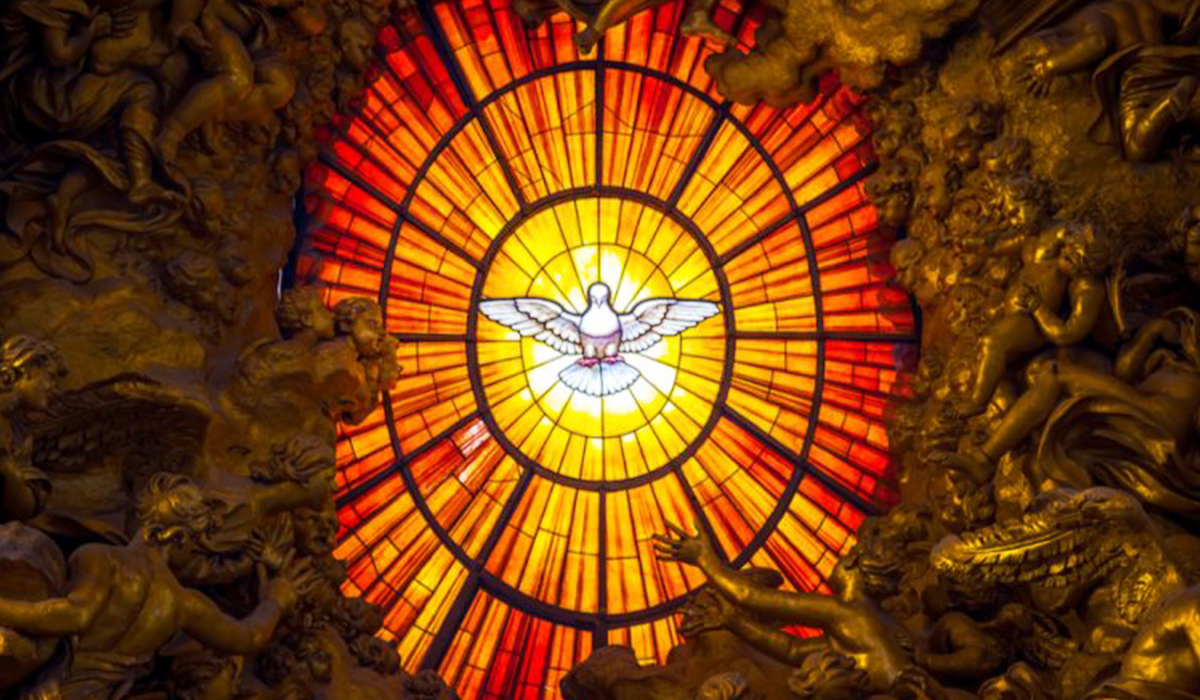 Jesus warns his disciples that it won’t be easy. He says they will be excommunicated. They will be removed from public worship and community. This will be done in God’s name by people who mean well. It also is likely to be a consequence of testifying to Jesus’s saving grace.

Cancel culture is rampant in 2021, and only seems to be getting worse. Our secular elites (collectively nicknamed by some “the Cathedral,” reflecting the role held long ago by the institutional church in ordering society), have decided what is appropriate discourse and association for society. Those spreading the Cathedral’s message often mean well. However, criticizing or speaking out against the Cathedral’s narrative can get you canceled very quickly.

The disciples, who have been with Jesus from the beginning, are sorrowful at Jesus’ words of impending doom and departure. Jesus is about to leave the disciples (which, from what he’s said, could very well mean he will die), right about when things are supposed to get worse for them. It’s a double whammy, which makes it totally understandable that they respond with sorrow.

No matter how zealous or righteous we may feel, or how much we might want to fight “the System,” the Cathedral, or whatever it is we oppose, the risks of getting canceled are daunting: Others may rely on us for support, and we may prefer to keep our jobs. More sinister confrontations should probably be considered too.

Sorrow and excommunication aren’t the biggest problems the disciples will face, death also looms. Jesus’ words are all about Jesus dying, and probably the rest of them, too. Is this cause worth it? Is that doubt the very reason Jesus can’t tell the disciples everything? What worse news is yet to come? It seems hopeless.

In the best-case scenario, being canceled is only losing a way of life, or a career. However, the downside just gets progressively worse with the potential for being held without bail (see protesters arrested on Jan 6), loss of health, and/or death. When your life is pulled down around you, what hope is there?

PROGNOSIS: The Holy Spirit leads us into the truth 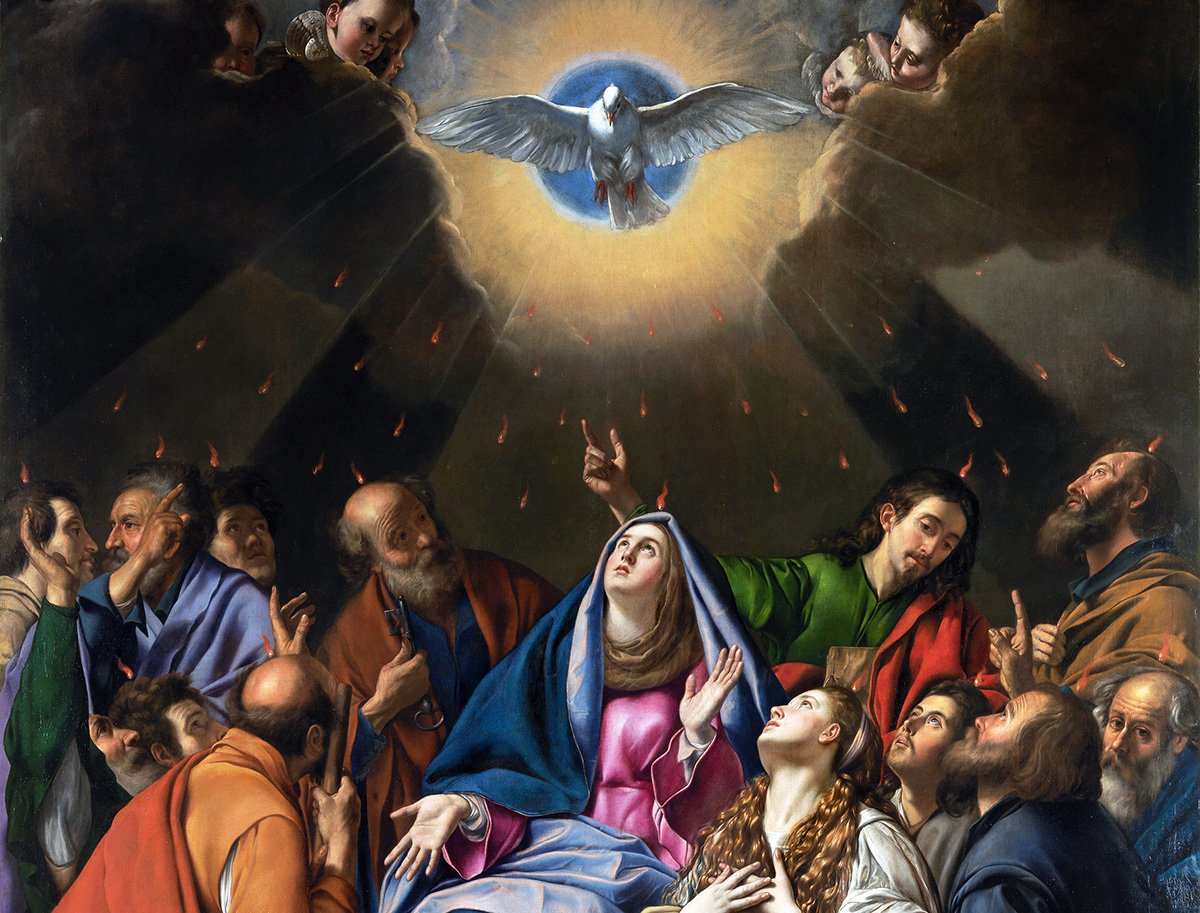 Jesus gets canceled by the Cathedral of his time via crucifixion. This is not the end for Jesus because God raises him from the dead. In fact, the “many things” Jesus cannot yet tell the disciples was not further bad news, but Good News. Good news they would have to see to believe—that God would see them through death itself, out of mercy for Jesus. To deliver that hope, Jesus sends an Advocate, a Holy Spirit.

Our hope is not dependent on our accomplishments, our freedom, or even our lives. Because of Jesus’ death and resurrection, God will see us through death itself to bring us new life. Being canceled is not the end, but the start of a new beginning and a new life.

This Advocate will testify to the disciples on Jesus’ behalf. Hope planted grows into faith. Indeed, Jesus tells the disciples that the world has it totally wrong regarding sin, righteousness, and judgment. Instead, the Advocate will create faith in the disciples, by guiding them into truth (see Peter’s Pentecost speech in Acts). The truth is that Jesus’ impending death and resurrection is about to solve the problems of sin, righteousness, and judgment. Worry and sorrow will quickly fade.

Passing through cancellation to be grounded in the hope of the resurrection allows us to face the truth and begin to understand how the world is wrong about sin, righteousness, and judgment. That frees us to build a new life without trepidation. Even when limited by imprisonment or injury, it is clear that the voices of cancellation do not ultimately win.

This frees the disciples to testify to Jesus’ death and resurrection. The Advocate comes to them on the day of Pentecost. They start an entirely new faith movement, with the help of some of the very people who previously persecuted them. The road isn’t easy, but fundamentally it’s not about us. It’s not about what we declare, but what the Advocate declares *to* us. And that message proves the world wrong.

We don’t necessarily need to build a whole new church, but new organizations and social structures will emerge. We are freed to build with the hope and trust that we leave Cancel Culture behind. We accept those previously rejected, and we may even work with former enemies. What our new projects look like will vary. More important than the shape or success of those projects is that—in the midst of it all—the Advocate declares life in Christ to us.