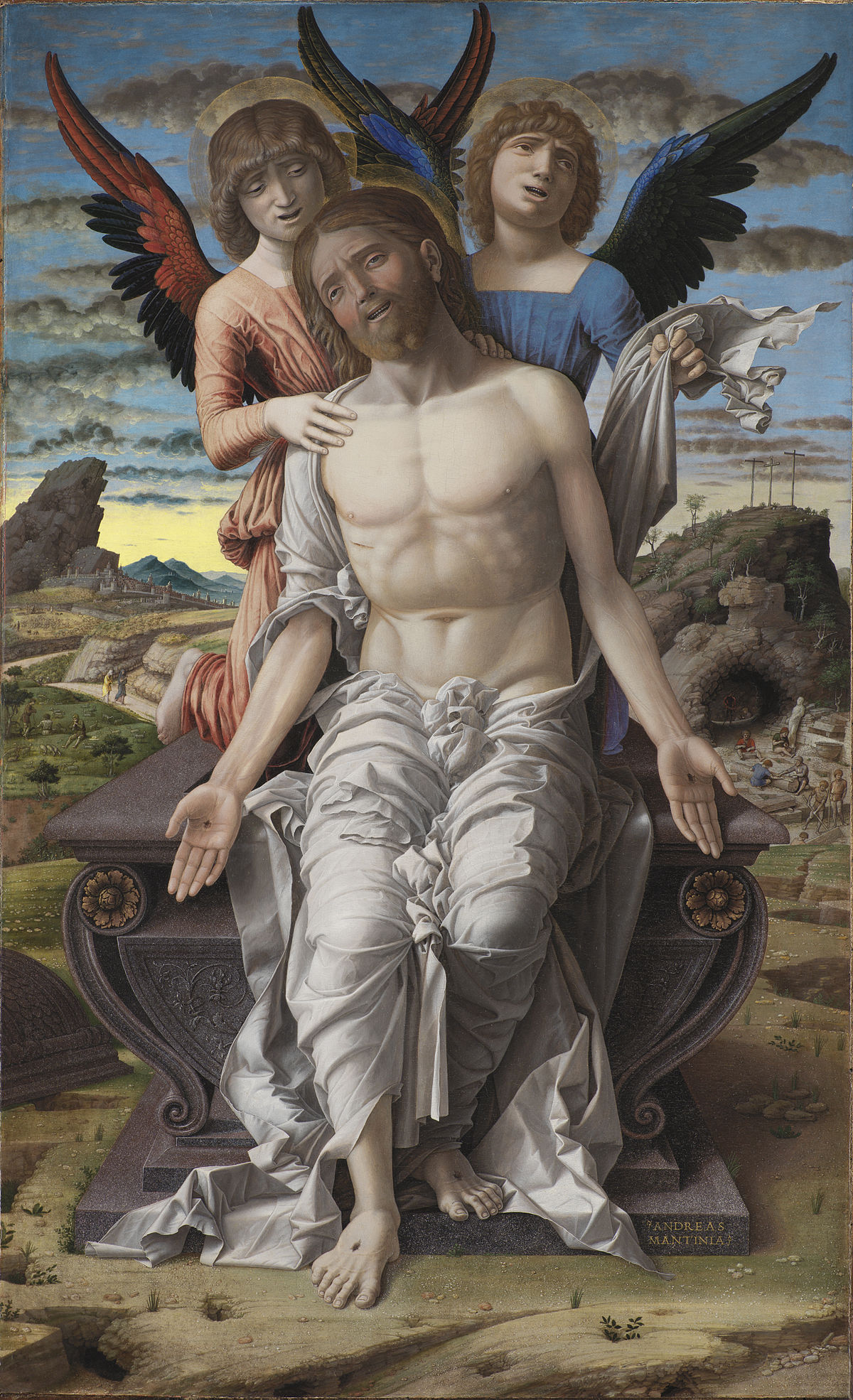 The Trinity Conspires to Justify Sinners

1Therefore, since we are justified by faith, we have peace with God through our Lord Jesus Christ, 2through whom we have obtained access to this grace in which we stand; and we boast in our hope of sharing the glory of God. 3And not only that, but we also boast in our sufferings, knowing that suffering produces endurance, 4and endurance produces character, and character produces hope, 5and hope does not disappoint us, because God’s love has been poured into our hearts through the Holy Spirit that has been given to us.

Author’s Note: The phrase “justified by faith” is hard for people to relate to these days, but justification is a very relevant theme in 2022.  We justify ourselves by judging others.  In her Jewish New Testament, Amy-Jill Levine sees chapter 5 of Romans making this point: “The privileges these Gentiles (Paul’s readers) now have should lead to celebration and service rather than judging others.”  It appears there was cultural in-fighting between the Jewish and Gentile members of the church and Paul is desperately trying to hold the community together. 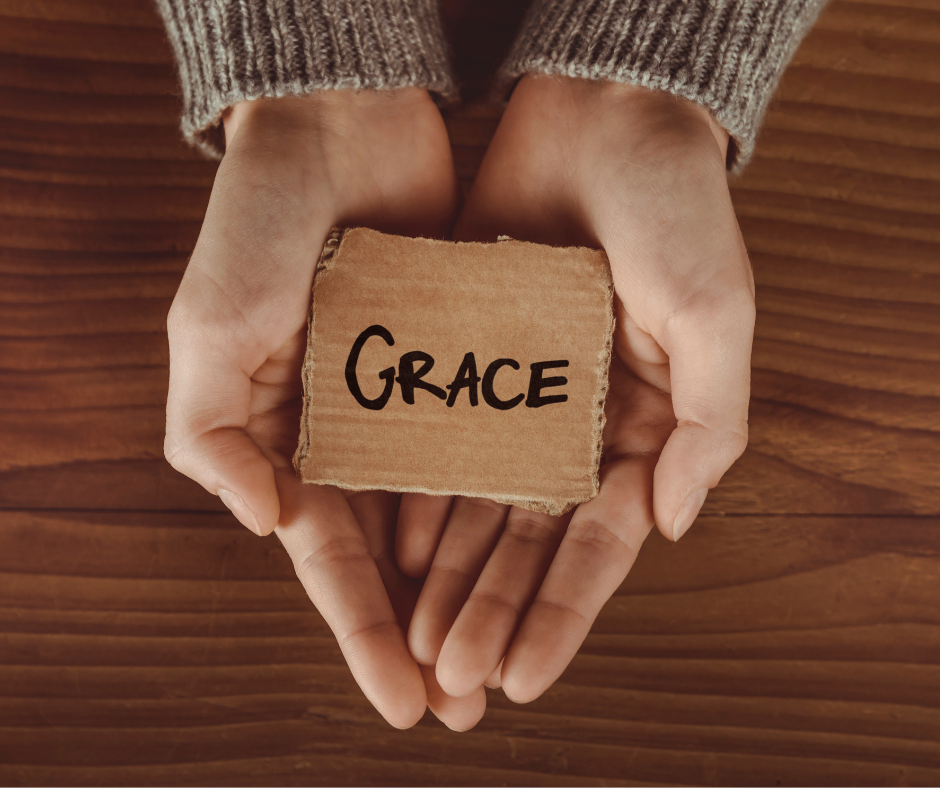 In Christ’s death God endures suffering for the benefit of all.  In a world drunk on self-justification via competition and conflict, God—the ultimate justifier, truth be told—walks that gauntlet in Jesus of Nazareth.

In her commentary for this text, Crystal Hall, The Kraft Assistant Professor of Biblical Studies at United Lutheran Seminary, discerns that “In Romans Paul wrestles with how peoples so different from one another can share in the same church body, the same gathered assembly, when they had spent centuries, if not millennia, separate from and suspicious of one another.”  It is such a human thing to be welcomed into a community and immediately feel free to begin judging others as not measuring up.  And there was plenty of material to fight over.  Circumcision would have been a leading source of contention.  Maybe the Gentiles lorded it over their Jewish counterparts that they did not have to get circumcised to be followers of the Way.  In any event, friction was inevitable. Justification fights seem likely, with folks judging each other over who is a member in good standing and who is not.  People are not embracing Christ’s free gift of justification for all.

Speaking of a melting pot descending into chaos, I give you the United States of America in the year of our Lord 2022.  We are quickly descending into a free for all for who has a right to be who they are and who is considered too ugly to look at. It took us a long journey to get here, compared to the community Paul writes to. Our context may be different as well.

Even among Christians, the embracing of Christ’s free gift of justification for all is certainly in peril if not totally lost.  We are—perhaps without knowing it—trying to prove our worth to Almighty God by attacking each other. Rejecting justification by faith leaves us with the perpetual need to justify ourselves to the point that we never can rest.  We are always justifying ourselves.  This is likely what the congregation in Rome was going through.  Even if you could succeed in gaining righteousness for yourself, it would have to be jealously and zealously guarded, because those you attack will pick themselves up and try to strike back.

It is a never-ending treadmill.  It certainly is not joyful.  In fact, you may well question your own tactics, which is the essence of “conflict within.”  Even as you are trying to secure approval of those around you, doubt fills you over whether you have done enough to achieve your goal.  You depend solely on yourself, so either figure out how to swim through shark infested waters or you sink.  You spurn the “grace in which we stand” as well as sharing the “glory of God.”  You have decided to make your own grace and glory; you will stand or fall on your own merits.  In a sense, you are auditioning for a role as God’s child based on your own merits.

If you try to get God to pick you as a beloved child, God is liable to respond with, “Why are you trying to win something with me that I’ve already given you?  This is mixed up.  What Spirit has infected you to get you to try to win my favor?  Why are you selling yourself to me? Apparently, we do not have peace between us.  How did that happen?  Or are you trying to knock me off my perch so you can be God of your world?”

Christ as the Suffering Redeemer by Andrea Mantegna Wikipedia

Instead of receiving this deserved chiding, however, God has decided to suffer this conflict in the flesh. In Christ’s death God endures suffering for the benefit of all.  In a world drunk on self-justification via competition and conflict, God—the ultimate justifier, truth be told—walks that gauntlet in Jesus of Nazareth.  Jesus endured the attacks of the critics who arrested him, refused to play their justification game, and was given over to death.  In Jesus, God gave his children full access to God’s grace.  Jesus testifies to the Truth (Gospel of John, from which this Sunday’s Gospel reading is taken), and thereby puts the onus on God instead of sinners. Jesus’ actions declared: “I am here to make the Father’s case—to justify the Father in your eyes.”  This did not impress the Temple authorities, much less the Roman occupiers.  Jesus was put to death in response, but he was raised with a new body to eternal life, defeating death.  He then continued his mission to justify the Father before all who could hear the Truth.  Of course, in the process, he changed the game—what gets justified is the Father’s goal to redeem sinners, restoring them to the status they were always supposed to have as a gift: blessed children of God.

Then, as now, Jesus is God abiding with sinners who love him.  Jesus is God making a permanent home with us, sharing our life with its ups and downs, as well as making an ironclad reservation for us in his Father’s house (John 14).  Jesus gives us access to the grace of God, which can never be taken from us.  He pours God’s love into our hearts to give us solid hope that will never disappoint us.  Finally, he gives us the strength to endure whatever this self-justifying world throws at us.  He stands with us in the face of attack and abuse that should not be tolerated but can be endured (note the important difference).  With the hope that Jesus gives us, conflict with the world is manageable, because the forces of darkness cannot defeat the Light of the World.

Jesus is with us, making God’s home with us, “through the Holy Spirit that has been given to us.”  God’s case has been made with us and we have welcomed Jesus through the loving outreach of the Holy Spirit. We have no further need for justification.  We are equipped with the Spirit to go out into this messy, divisive world and testify to the Truth: peace with God through Christ has no strings attached, and the Body of Christ is here to share that enduring hope with you.  In fact, we are authorized to share the glory of God with the world—the glory God takes in justifying sinners by faith in Christ. This is the character that the Holy Spirit creates in us: we endure the darkness of this world but are “in Christ.” Following Christ, we learn not to adopt the tactics of the darkness, but rather to love the world on Christ’s behalf.  Christ’s Light exposes the old, dark idea that justification means judging the worthiness of others.  Instead, in Christ we trust that worthiness is a gift given by God through Christ.